On 5 December, Bethan Morgan took six-month-old Harri Stickler to the GP after she noticed the little lump. 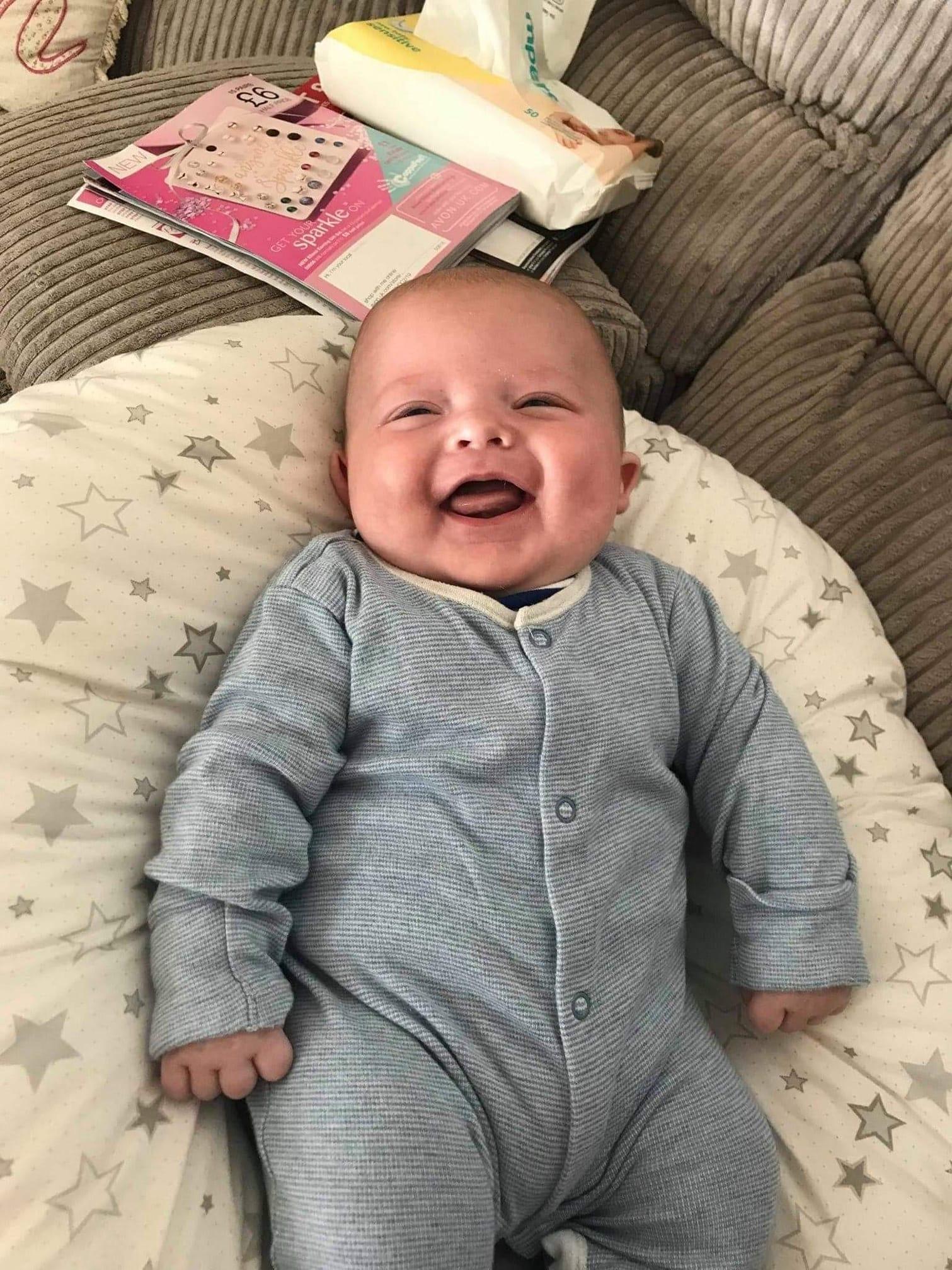 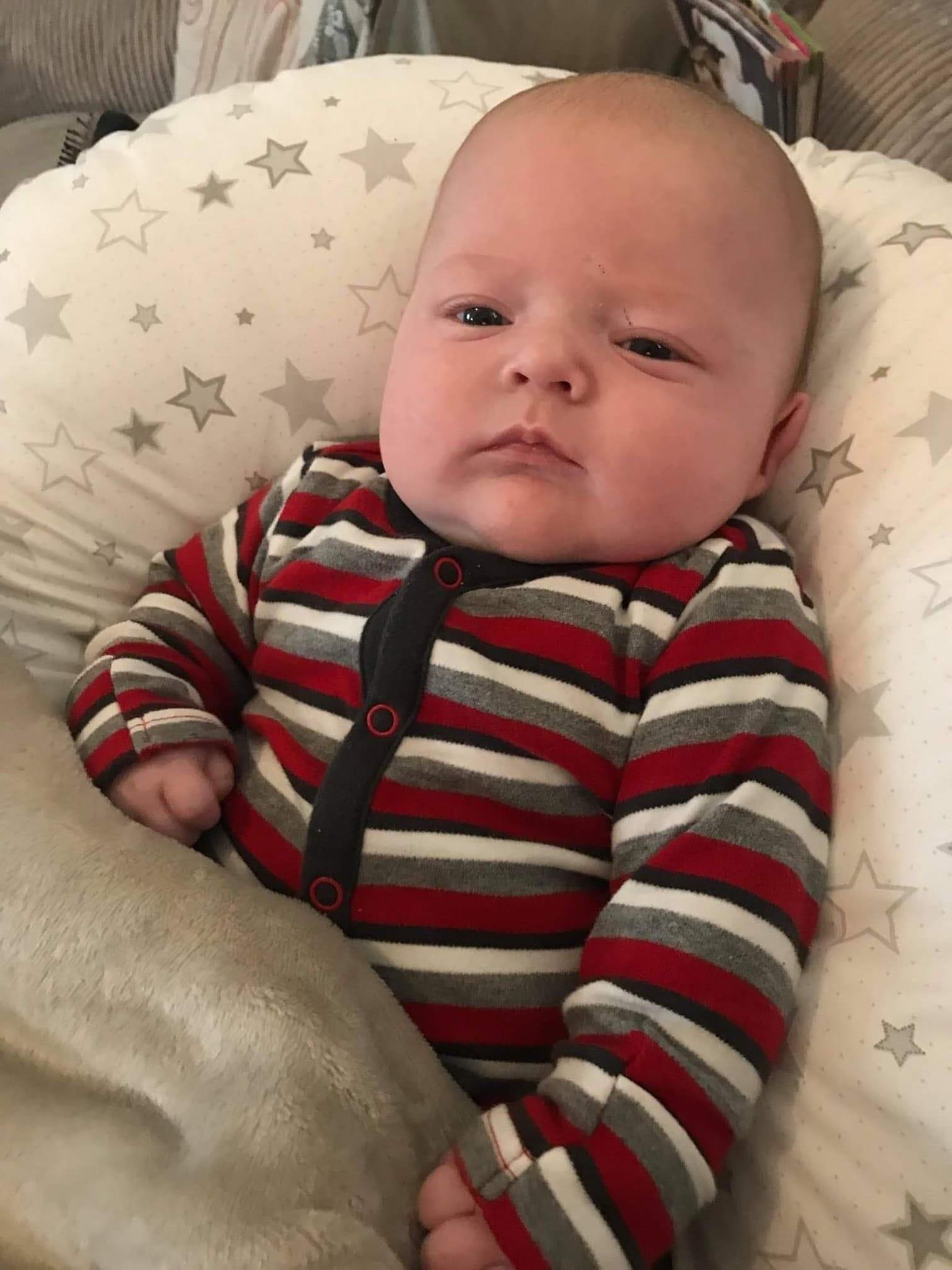 Less than 24 hours later, they were rushed over to Prince Charles Hospital in Merthyr Tydfil and later the University Hospital of Wales in Cardiff, where Harri was diagnosed with acute lymphoblastic leukaemia (ALL).

ALL is often characterised by bruises on the skin, bloated belly, and bleeding, but very rarely, it can spread to the eyes and other organs.

Harri's great-aunt Clare Werrett said the family were still coming to terms with the heartbreaking news.

"Harri had some sort of lump or swelling by his eye," the 47-year-old told Wales Online. 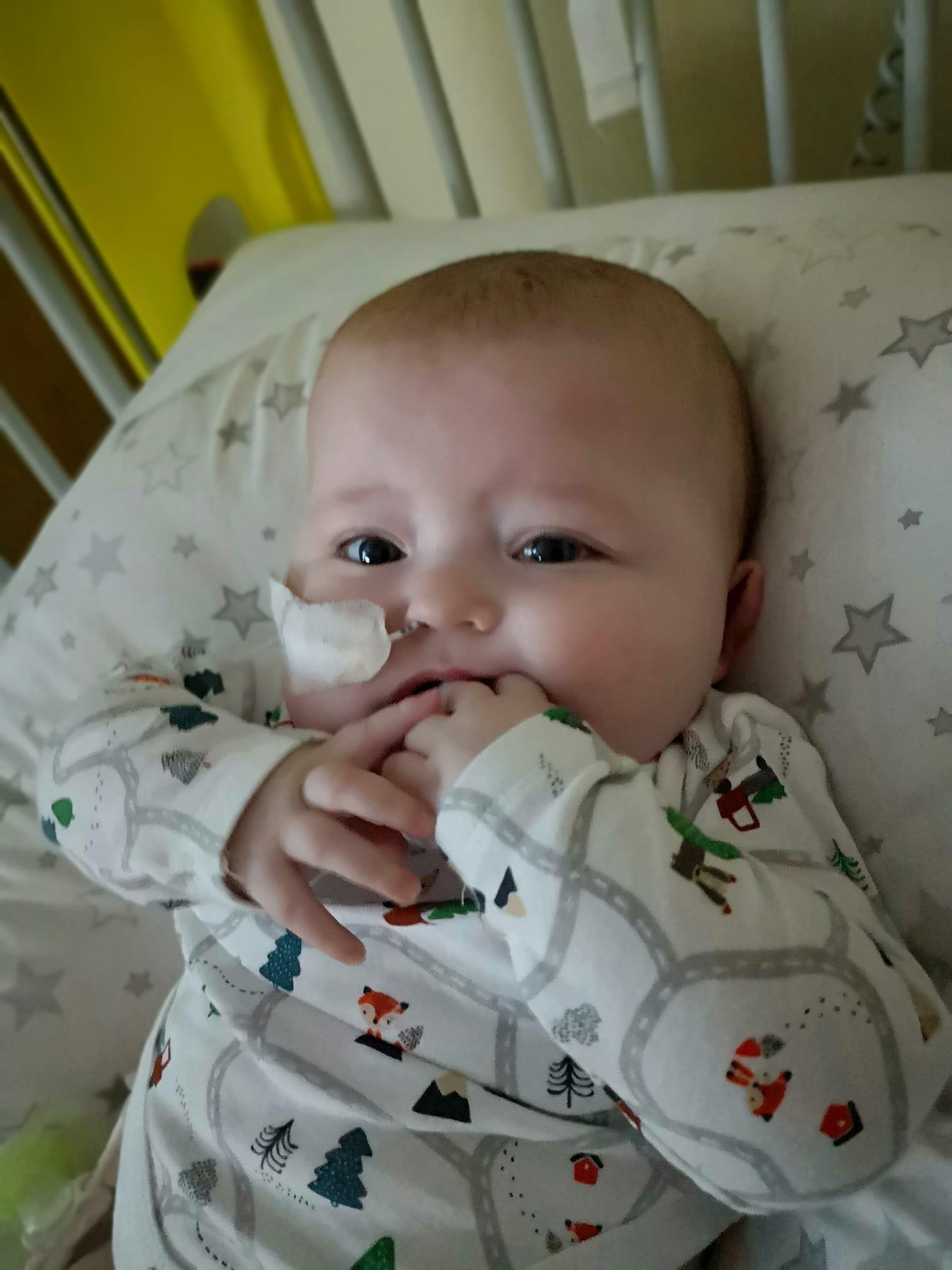 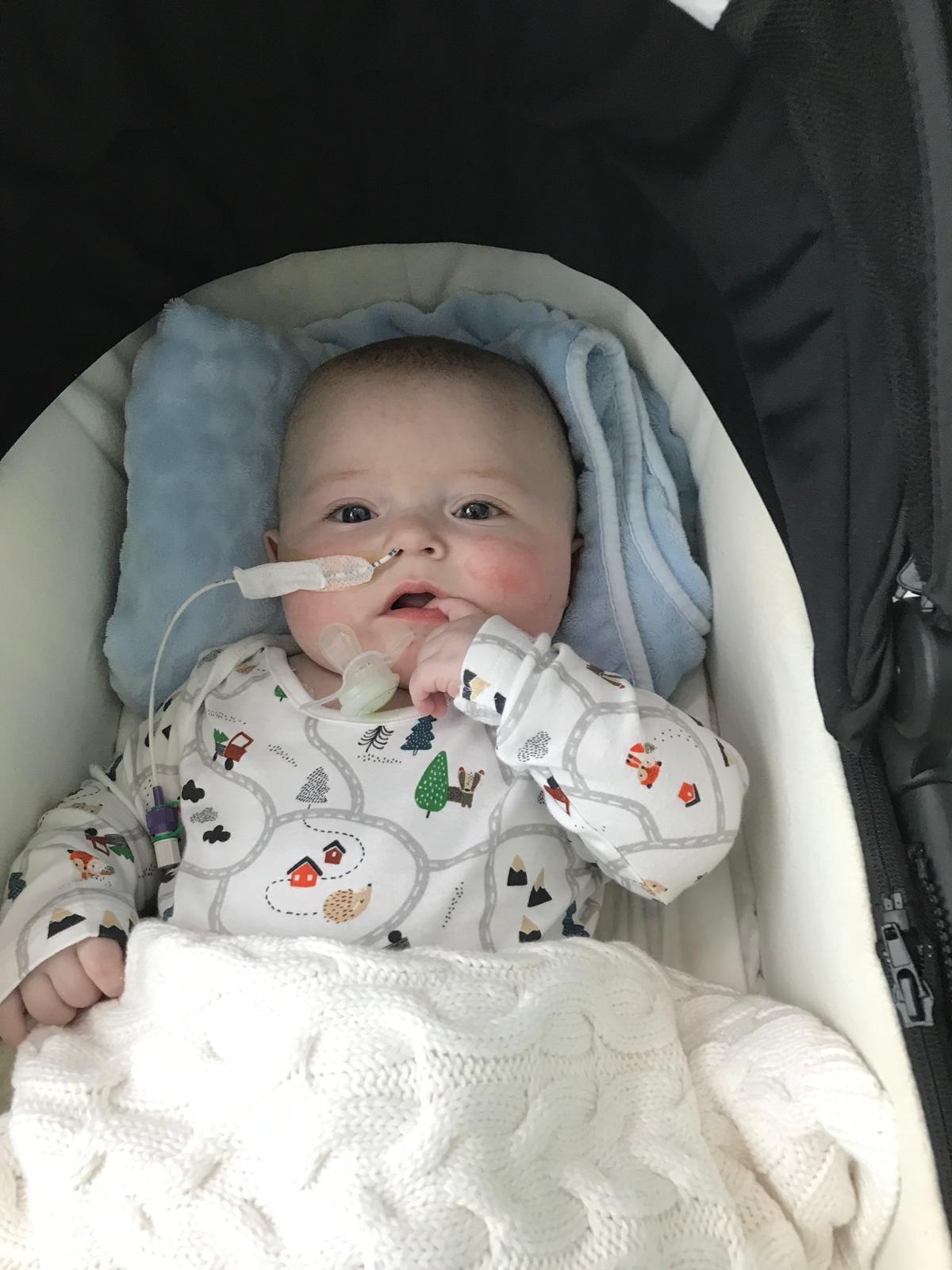 "When Bethan took him to the surgery in Aberdare, he wasn't himself that day but he hadn't been unwell.

"Her instinct told her something wasn't quite right and he was diagnosed within hours of seeing the doctor. We couldn't ask for better treatment of him – the doctors are absolute angels."

Harri has now begun a three-month cycle of chemo to fight the cancer.

If successful, he's then going to need to have a bone marrow transplant to ensure he's totally cancer-free.

Clare, a head teacher in Aberdare, said: "He's got quite a battle on his hands.

There are no specific signs or symptoms which would allow for a doctor to make a diagnosis without lab tests.

In all types of leukaemia symptoms are more commonly caused by a lack of normal blood cells than by the presence of abnormal white cells.

As the bone marrow becomes full of leukaemia cells, it is unable to produce the large numbers of normal blood cells which the body needs.

This can lead to:

"Hopefully Harri will receive three months [of treatment], at which time they will have to do a bone marrow transplant so that's why we are determined to raise awareness and ask people to join the register.

"Unfortunately chemotherapy won't be enough so he needs that transplant."

To help them get through the ordeal of having their tiny baby diagnosed just before Christmas, Harri's family were given support by the Welsh children's cancer charity, Latch.

Great-aunt Clare said that the situation had been a "living nightmare". 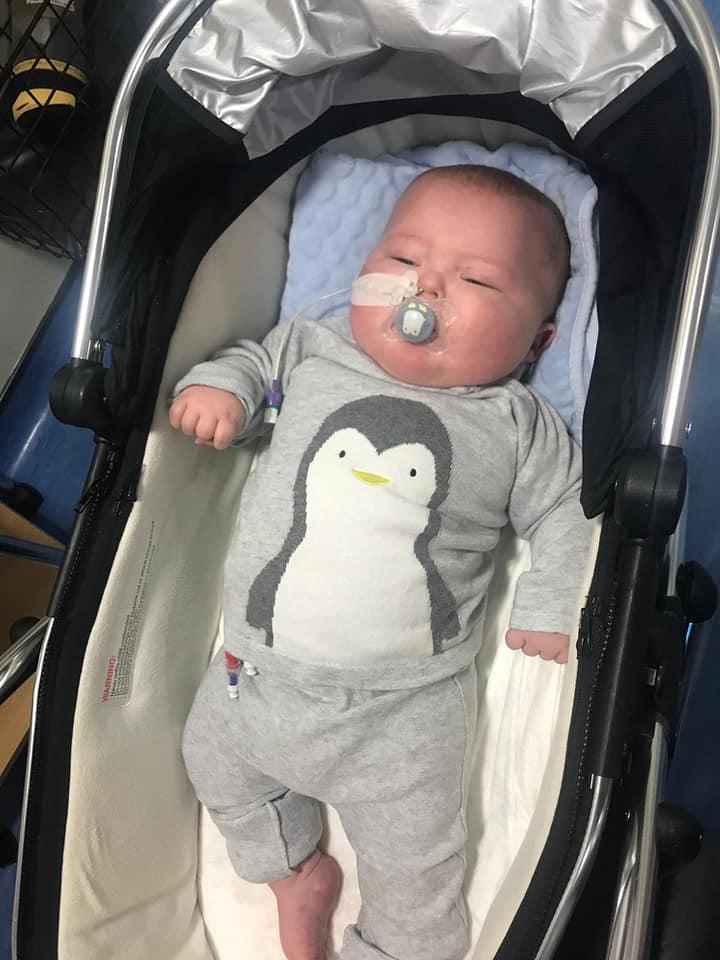 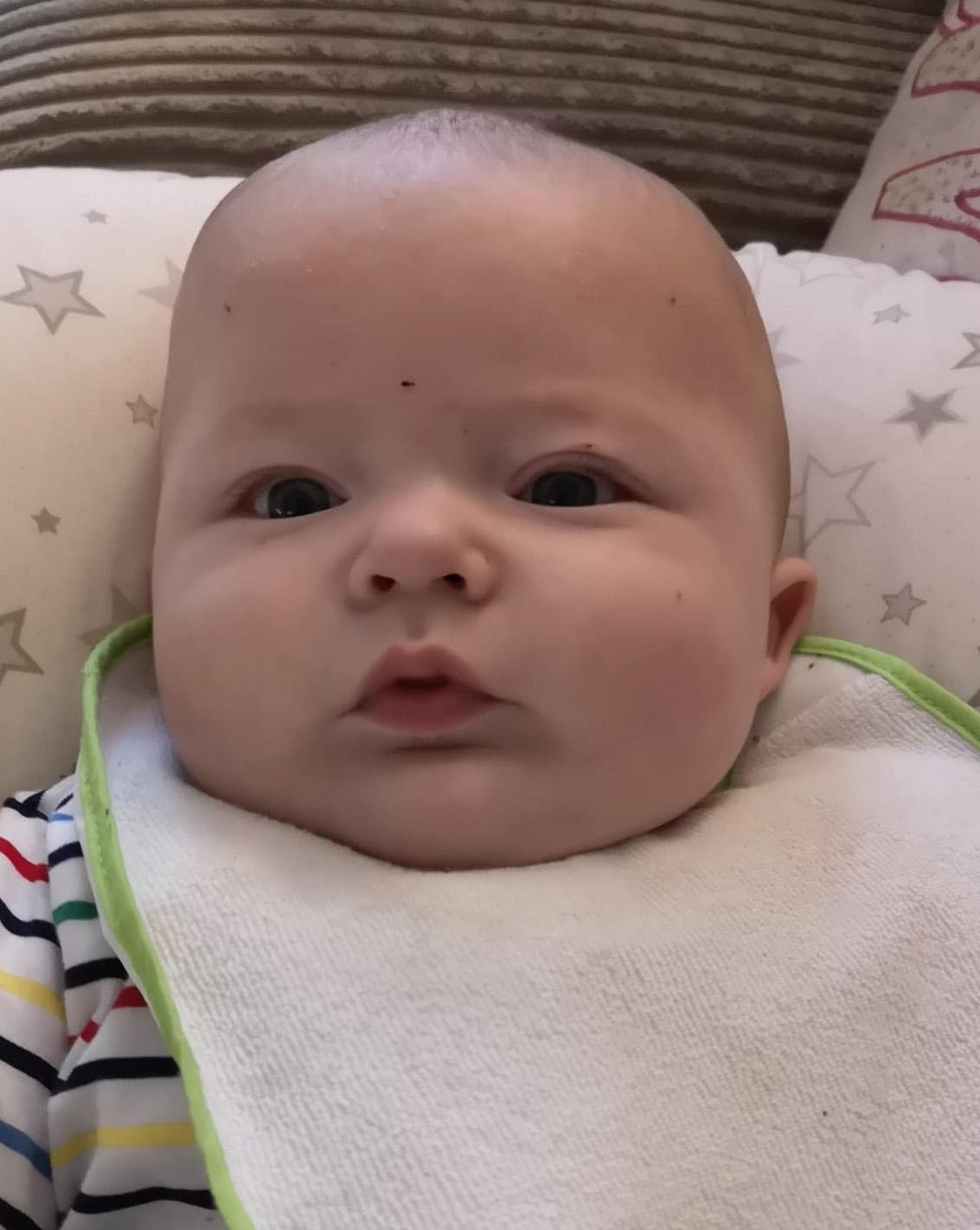 The family are now sharing their story in a bid to get more people to register as bone marrow donors.

Clare said: "The family want to be able to do something to raise awareness of Harri and others like him who are in need of bone marrow. The more people that get on the register, the greater chance there is for Harri and others."

It's really quick and easy to join the bone marrow register.

You just have to be aged between 17 and 40 to join. Once signed up, a sample of your DNA will be taken and stored for up to 30 years.

You may never be called upon for a donation but if you do, you can pretty much guarantee that you'll be saving or prolonging a life.

There's a particular need for young people from black, Asian and mixed-race backgrounds to donate.

Balenciaga Offers a Closer Look at Its Forthcoming Soccer Sneakers