The three-year-old was cowering in the corner of the room desperately trying to hide from an "evil monster" only she could see. 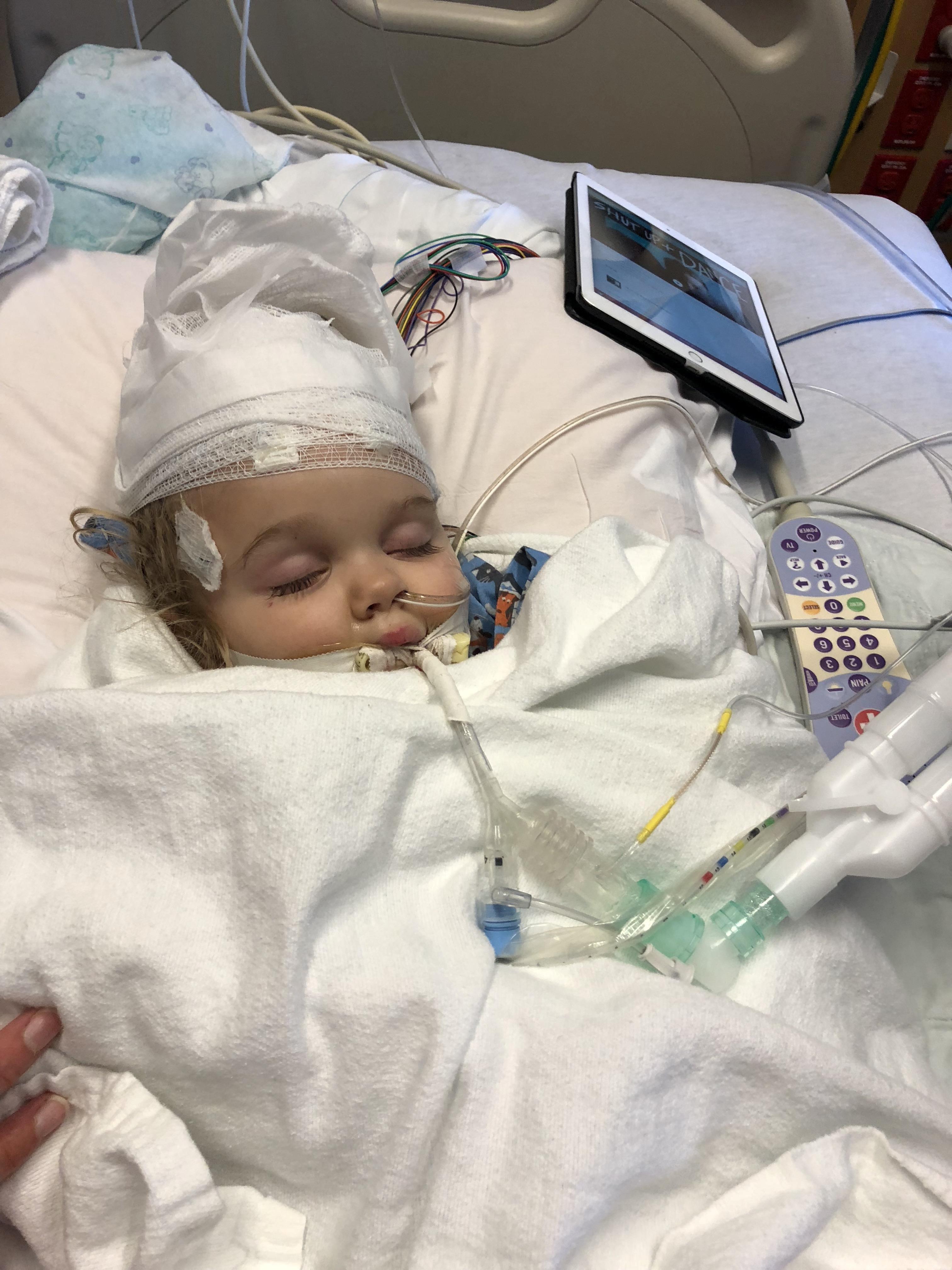 Her horrified mum looking on had no idea what was happening to her daughter.

Soon, the toddler began suffering seizures, lost the ability to walk and was unable to speak.

The life-threatening condition causes the body's immune system to attack health brain cells, and causes the brain to swell. 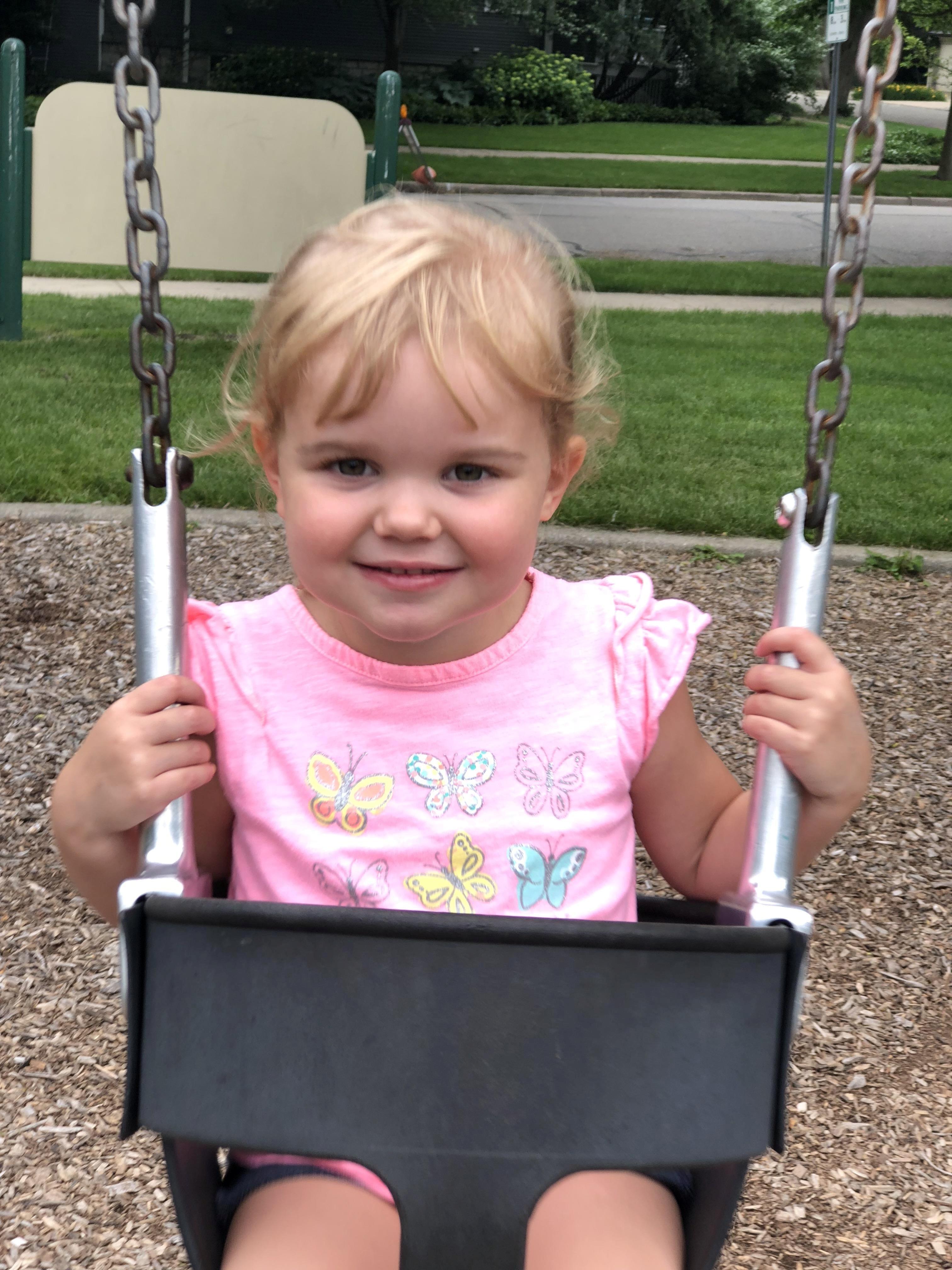 Erin, a teacher, and her husband Larry, 37, feared for their daughter during what she described as "the worst experience" of their lives.

Mum-of-three Erin said: "Grace had been experiencing seizures over a number of weeks after we came back from a vacation in Florida.

"One night she had a really long one, which lasted seven minutes and our neurologist told us to seek the help of a specialist, which is when we brought her straight downtown to Lurie Children's Hospital.

"Within hours of getting to Lurie, her speech started to decline. 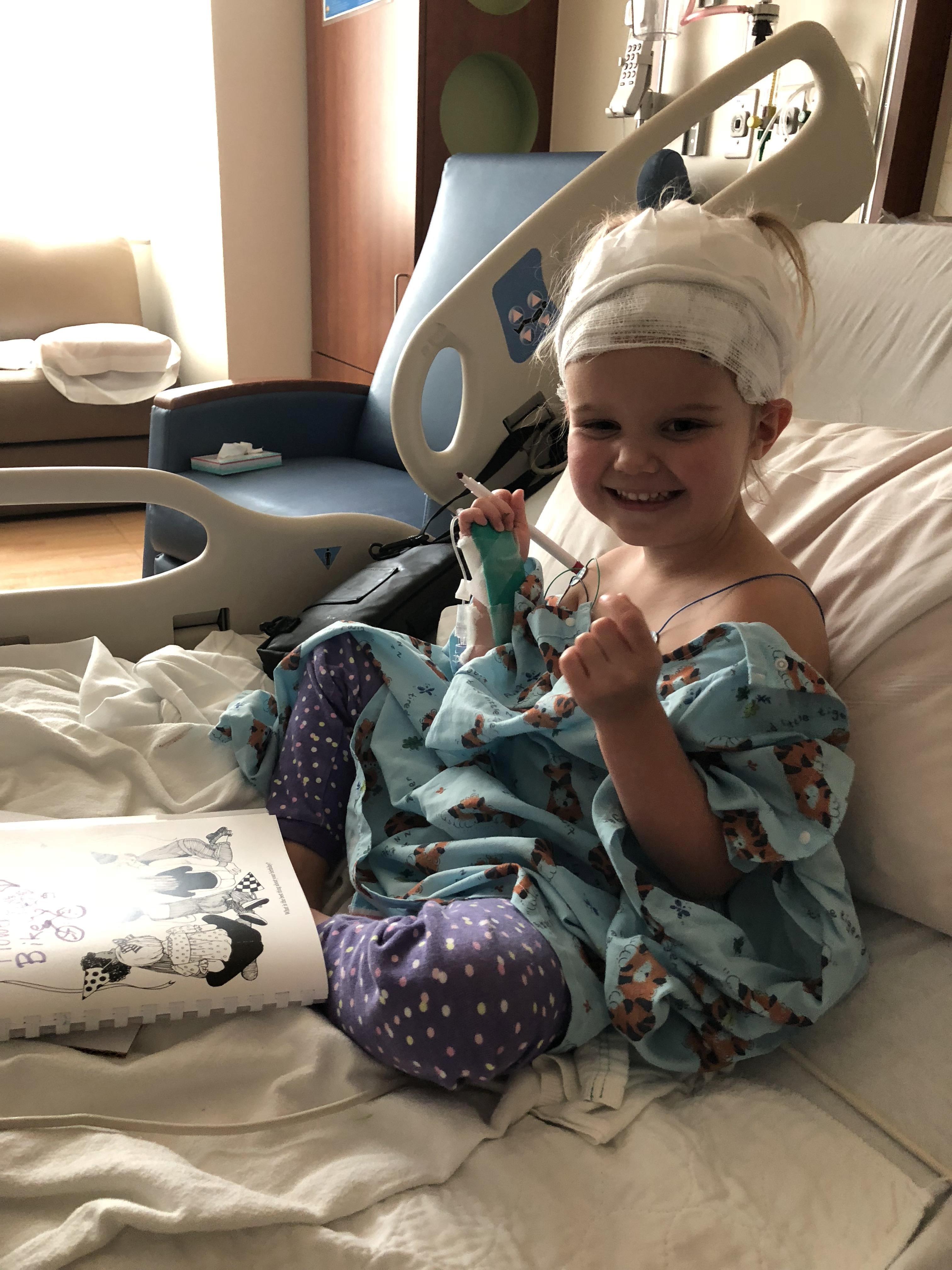 "She was a very vocal child and was capable of telling full stories, using full sentences.

"She went from that to only being able to say syllables.

"She went from singing whole songs from the movie Moana – to hardly being able to say 'Moana'.

She would try and climb out of her bed screaming, clawing at her skin, and rip out her IV. We couldn’t console her

"Grace was losing her ability to walk and she started having these fits which we thought might have just been tantrums because she was in the hospital.

"She would try and climb out of her bed screaming and rip out her IV. We couldn't console her.

"It was very out of character, she wasn't the type of child to throw tantrums. She suddenly became really afraid all of the time.

"She seemed to think there was someone else in the room, and she seemed scared of that person. It was terrifying. 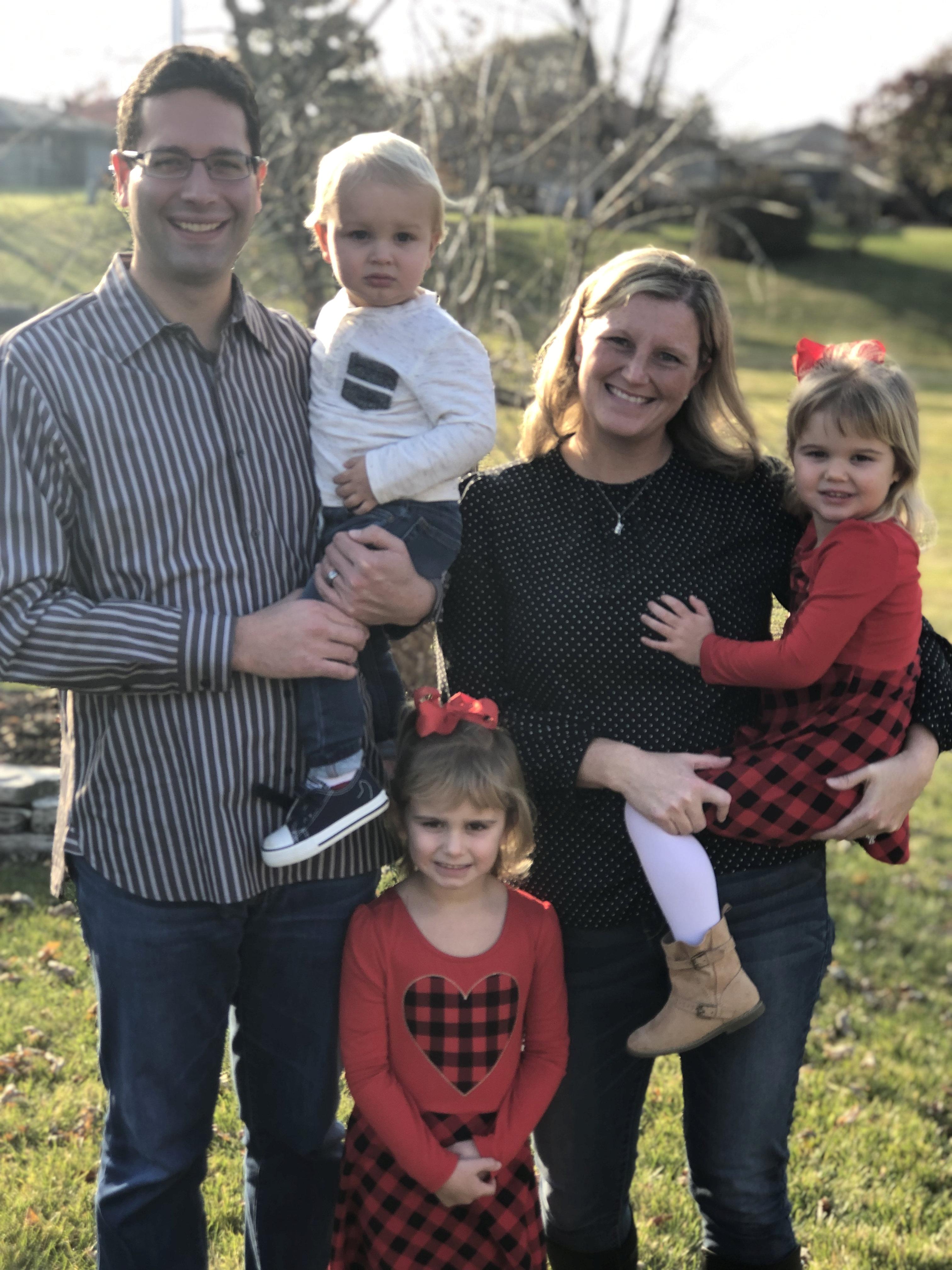 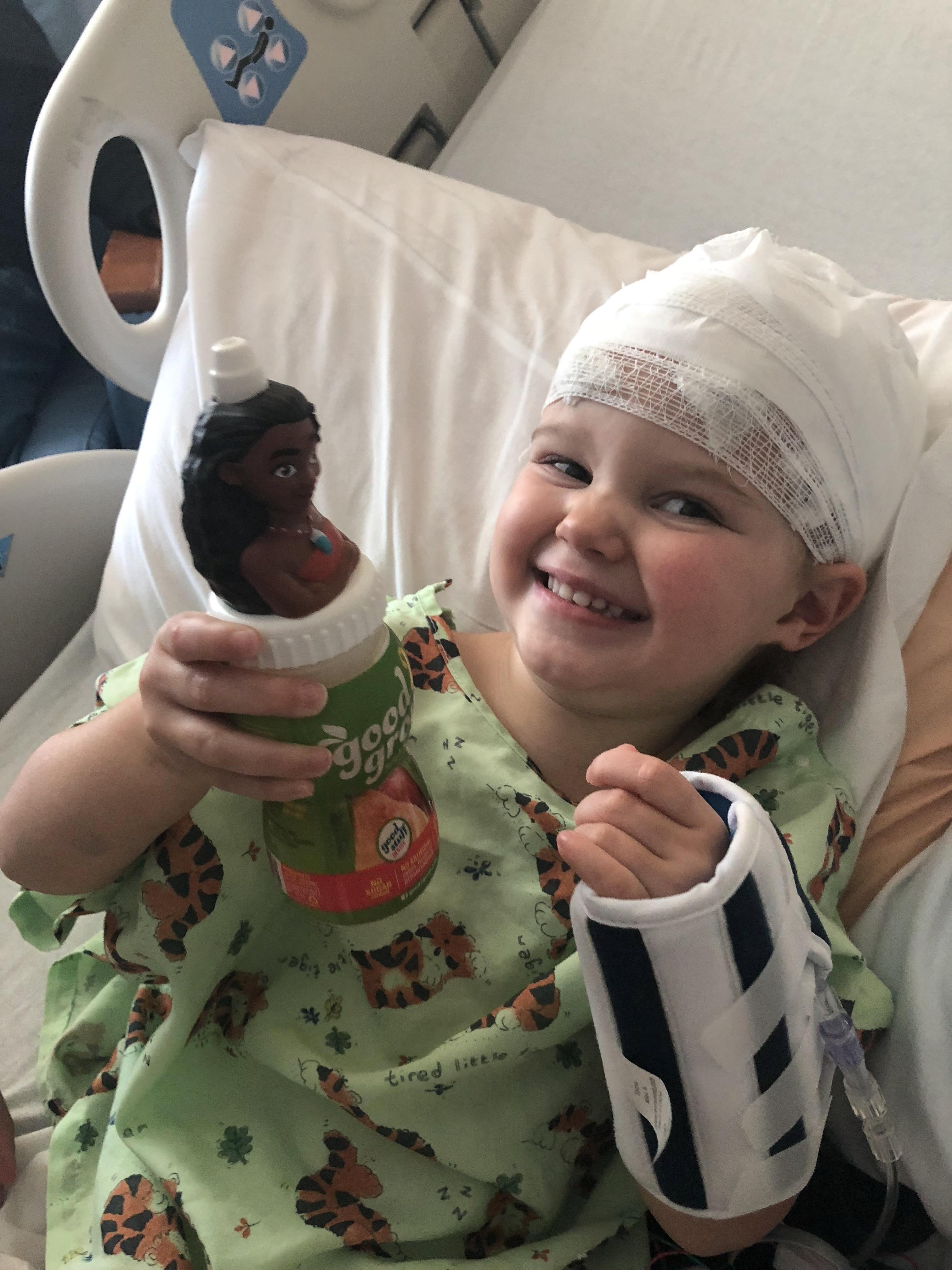 "I wondered what she was seeing. The nurses told me she was likely having hallucinations."

Grace had a spinal tap to support the diagnosis, but her neurologists began to treat her for autoimmune encephalitis immediately due to its seriousness.

She was treated with steroids and immunoglobulin – antibodies that help destroy bacteria and viruses – and began to improve.

But then she suffered a cardiac arrest and was rushed to the hospital's paediatric ICU.

Erin said: "We were looking forward to going home when Grace had a massive seizure and she coded. 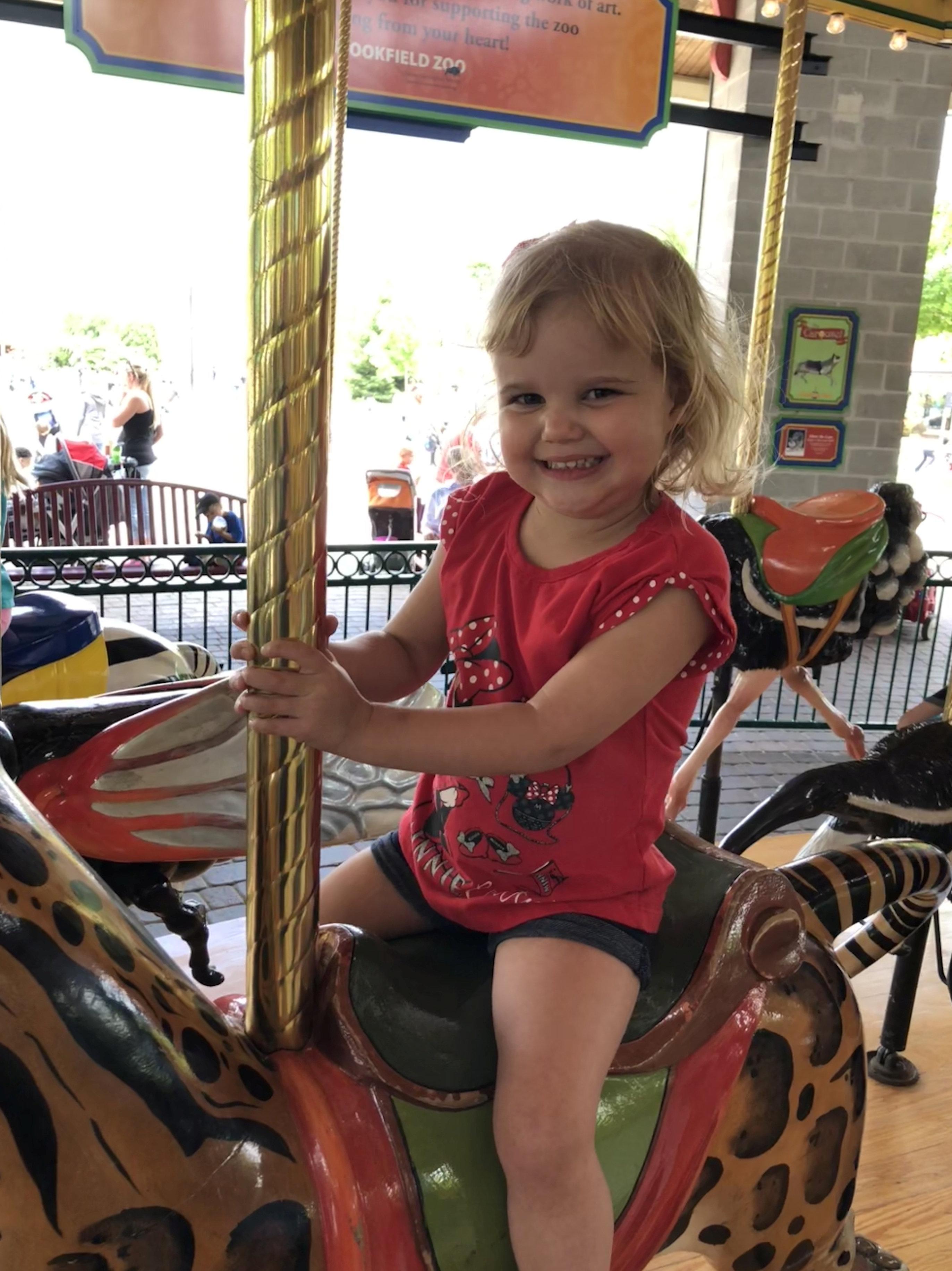 What is autoimmune encephalitis?

Encephalitis can happen when an infection spreads to the brain.

Things like the herpes virus, measles, mumps and rubella and conditions like Japanese encephalitis and rabies are known to trigger it.

While these viruses can spread, the condition can't.

The immune system protects the body from illness and infection.

When germs enter the body, it attacks them to stop causing a serious infection.

But in rare cases something goes wrong.

Instead of protect the body, the immune system turns on the body and mistakenly attacks the brain.

Early symptoms of encephalities include:

Some people will also have a spotty or blistery rash on their skin, the NHS notes.

"I just broke down as I watched what felt like 20 people work on her. She was intubated and it was an image I will never forget.

"In those frightening circumstances all you can do it flash forward to the future and will your child be there."

Thankfully Grace recovered and was released after two weeks in hospital.

She then began a monthly regime of a chemotherapy drug, to help prevent a relapse.

Erin and Larry, who are also parents to Elizabeth, five, and Eddie, 18-months, credit the doctors who took the initiative to treat Grace before an official diagnosis, which saved her life.

Erin said: "I'm very lucky that the doctors at Lurie took the initiative. She would have just continued to rapidly deteriorate."

Grace needed a lot of help at home as her balance was unsteady and her speech had deteriorated, but has now returned to preschool.

Erin added: "Luckily we had a baby boy learning to walk and a daughter who pushed Grace to use full sentences, so I think that really helped her.

"She recovered quite quickly. She returned to preschool a few weeks later, which amazed doctors. There is a chance of relapse and that terrifies me.

"Although she is off her anti seizure medication, she still gets IV and IVIG once a month. This will go on until the second anniversary of her illness in April.

"We haven't noticed that Grace has been impacted cognitively, we will have to wait until she goes to school. Right now she's doing great.

"Grace is a normal three-year-old who loves her baby dolls and her scooter. We feel lucky every day."

14 Cocktail Dresses to Buy Now and Wear All Year Long