A MUM has been branded ‘trashy’ after she asked her Facebook friends to guess who her baby’s dad is.

Taking to Facebook the new mum shared photographs of the two potential fathers accompanied by snaps of her daughter. 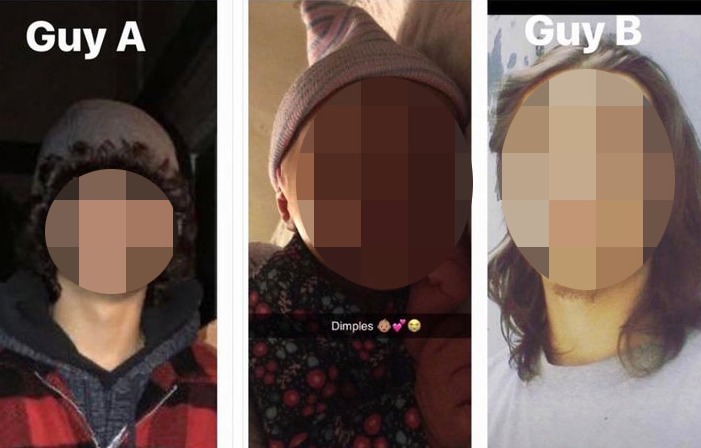 Captioning the snap, she wrote: “OK I posted months back about how I slept with Guy B on January 16th and Guy A January 19 and every other day up until around February 14th.

“I’m getting a DNA as soon as I can afford it. But Doctor said baby was conceived January 27th.”

Despite doctors clearly believing that “Guy A” was more likely to be the child’s father, the mum still wanted a second opinion.

“Who do you think she looks like?” she added.

“Asking people who their kid looks like is kinda s***y” agreed another, while a third wrote, “This is trashy.”

The group has over 2.3 million members and is described as a place for "trashy stories, trashy glamour, all things fake, plastic and downright trashy."

In other parenting news, this mum was slammed for her baby's inch-long nails.

And this mum used her one-year-old daughter to recreate movie scenes… including some that are DEFINITELY not for kids.

Plus these parents pranked their kids by saying the tooth fairy can’t visit due to coronavirus but some said she’s an essential worker.

What does Meghan Markle & Prince Harry losing their titles mean for their unborn baby & Archie & are they still royalty?