True Thompson looked like she walked straight off a Burberry runway and right onto Khloe Kardashian’s Instagram page! In an Instagram post on Khloe’s page, the two-year-old fashionista rocked a $320 pleated children’s dress from Burberry, and added some edge to her posh outfit with kid-sized Dr. Marten boots.

Khloe could see her daughter following in the footsteps of True’s supermodel aunt, Kendall Jenner. “The world is your runway TuTu!!! You bettttaaaaa!,” Khloe captioned the adorable outfit pictures, which the Keeping Up with the Kardashians star posted on her Instagram page on Nov. 17. Others agreed!

“Supermodel in the making,” one fan account gushed, and another fan wrote, “Cute outfit. Maybe she will be a model.” To that comment, Khloe wrote back, “Watch out auntie Kenny” — it looks like modeling runs in the family, after True’s cousin North West, 7, made her runway debut in 2018! 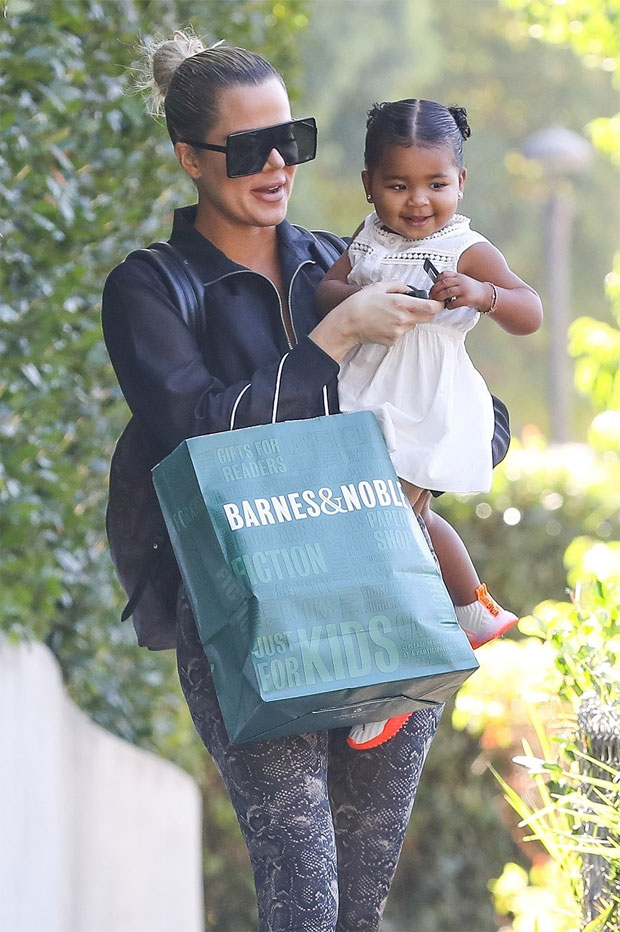 True is quite the star on Khloe’s Instagram page. She also made an appearance on her mom’s feed earlier this November, rocking her natural curls while Khloe also showed off her naturally wavy hair that’s usually straightened or curled. Instead of Burberry outfits, the daughter-mother duo opted for cozier outfits: Khloe wore sweats, while True looked adorable in a ballerina print dress!

Outside of Instagram, True’s parents are causing a stir on KUWTK. On the latest episode of the E! show, which aired on Nov. 12, Tristan Thompson made it clear that he wants Khloe back despite his past cheating scandals!

“I’ve grown to a point where I know what I want you in my life. Obviously we’re always going to be in each other’s lives because we have [our daughter], but I want more than that,” Tristan told Khloe. The Good American co-founder reacted to that confession by admitting she has “reservations” about a romantic reunion, and even revealed whether or not she is still “in love” with the Cleveland Cavaliers player. You can get the full KUWTK recap, here.