A WEDDING guest has been mocked for her daringly low cut dress, which some reckon "looks like a vagina".

The blush pink gown is full-length but still flashes a lot of flesh, with a cowl neckline which drapes down to her belly button. 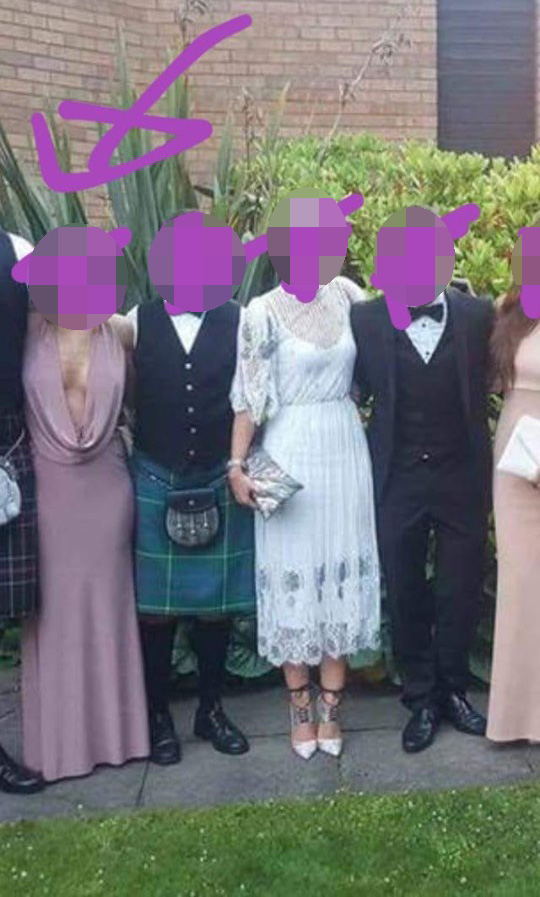 The anonymous woman was slated for her "inappropriate" frock on the Wedding Shaming Facebook group.

Mocking the outfit, some people wrote: "It's like a front vagina" and "her head looks like it's sticking out of a giant vagina".

Commenting on the low cut design, others said: "It looks like her dress is on backwards", "hope she had Hollywood tape on standby" and "a dress for open heart surgery".

While one bride claimed: "if someone wore like a dress like this to mine they'd be sent home to change".

One woman said: "I don't care if someone wears something low cut. I care that it's an ugly a** design and an ugly a** colour."

While another added: "The dress is pretty and she looks fabulous in it. But it's not at all appropriate for a (apparently daytime) wedding."

But others defended the guest, writing: "That is a beautiful dress, you moron" and "if you've got 'em, flaunt 'em".

Another joked: "I'm not mad at it, you can't see her nips. Crack on love I say". 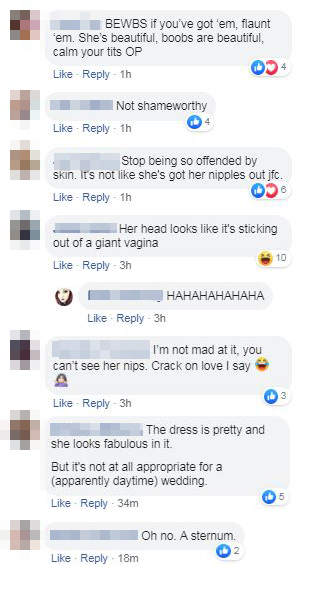 Earlier today, these groomsmen were shamed for wearing "tacky" T-shirts saying "I shaved my balls for this?" on their pal's wedding day.

While this car-obsessed groom was slammed for using the train of his wife’s dress to clean his car’s filthy wheels during wedding photos.

And wedding shamers mocked this bride-to-be for wanting to dye her dress blue to resemble a "corpse bride".

Stay! These 6 Dog-Friendly Hotels Are a Real Treat