A WOMAN with an addiction to Kit Kats has revealed her staggering 7st weight loss – after back pain left her sofa bound.

At her heaviest, Catriona Connolly, from Keady in Co Armagh, was nearly 18 stone – a dress size 22. 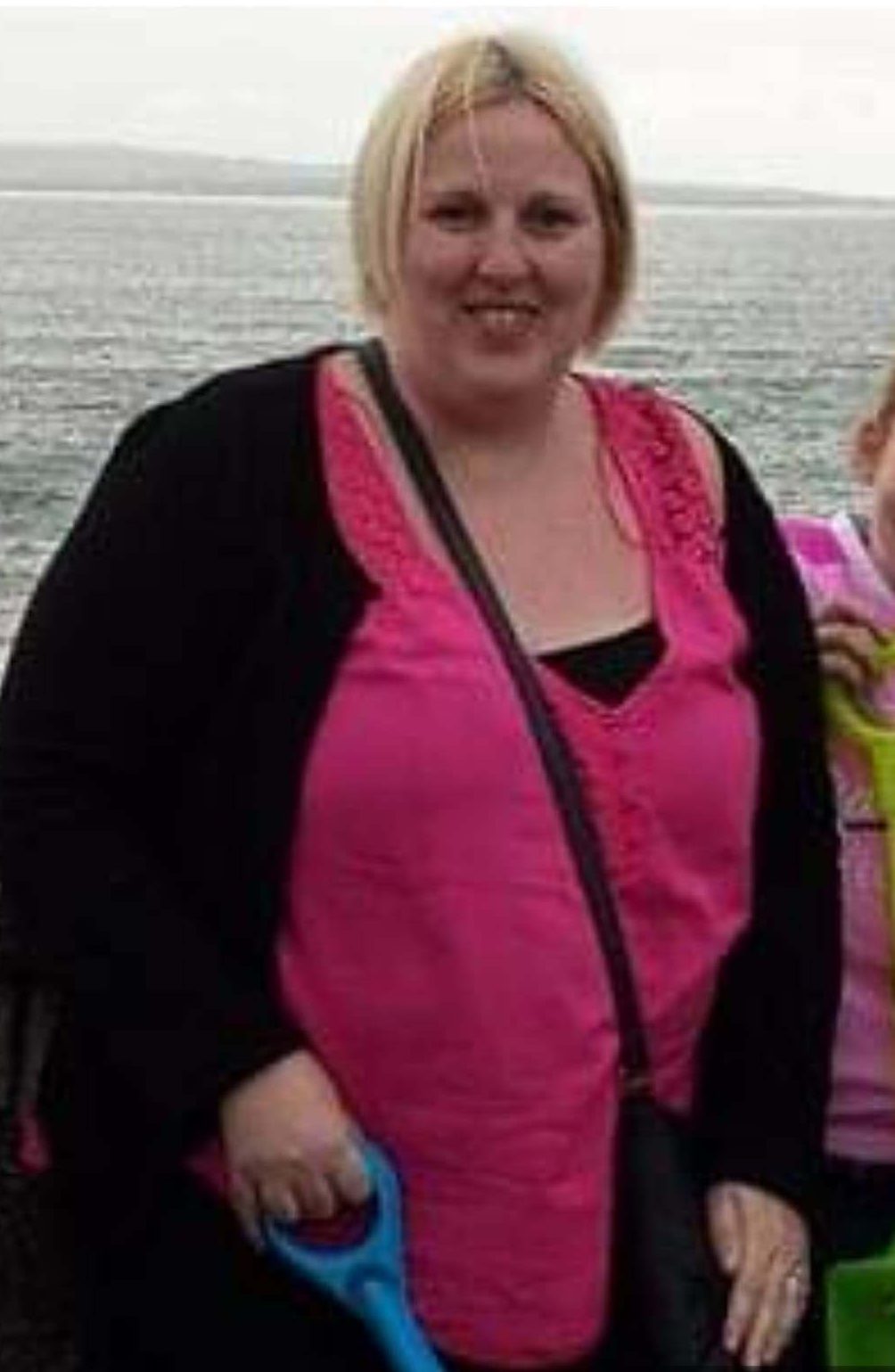 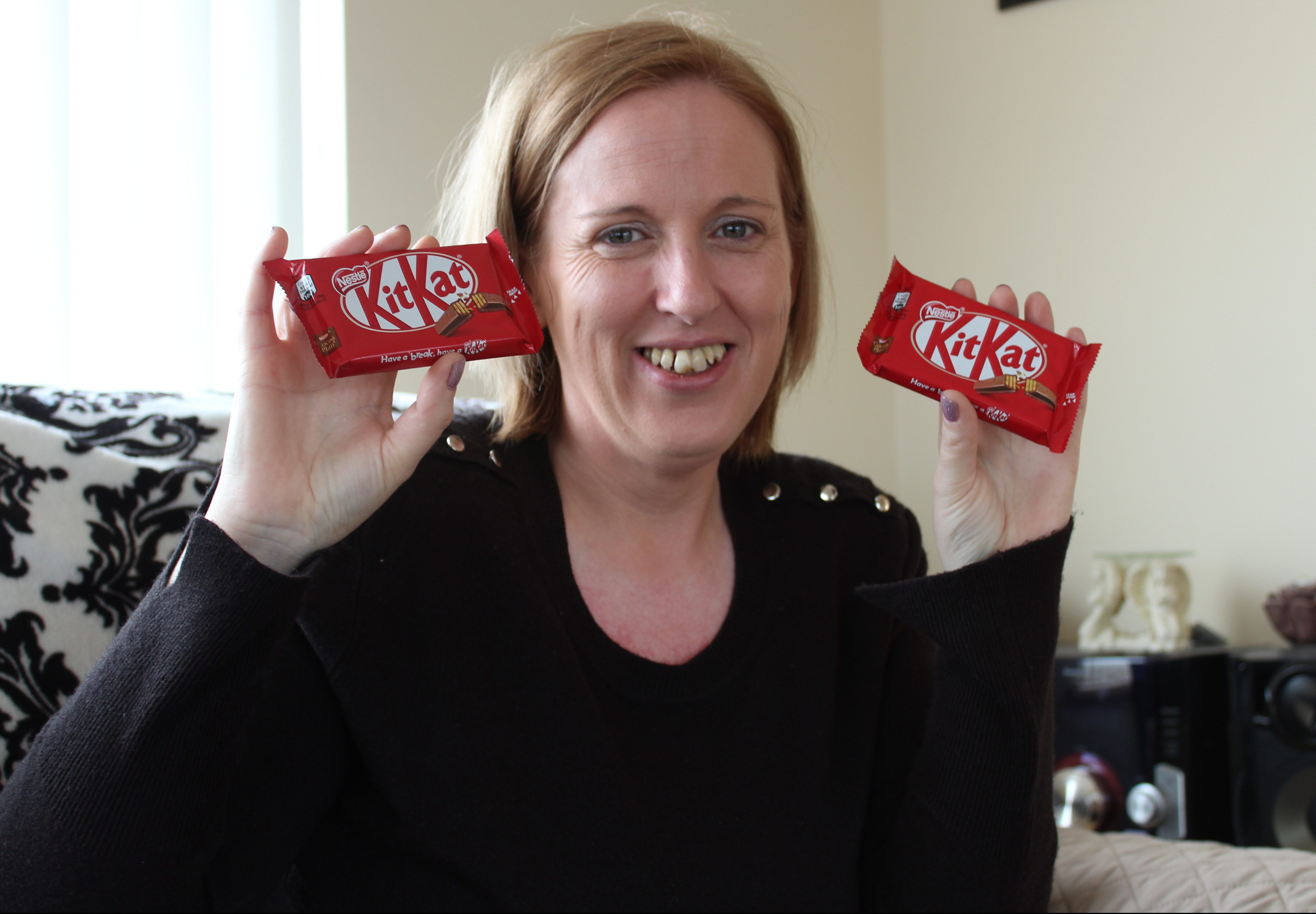 The 38-year-old had a serious addiction to Kit Kats and scoffed up to eight of the four-fingered bars every day.

But after turning her back on Nestle and joining Slimming World, she discovered a new love of vegetables and dropped six dress sizes.

Catriona, who is married to farmer Declan, 42, is now a trim size ten and weighs in at 10st 12lbs.

Her new healthy lifestyle is a far cry from when she was at her heaviest.

“Christmas Day was the only time of the year I touched a vegetable,” she remembers.

“I’d try to cover my Brussels sprouts with mashed potatoes to mask the taste. 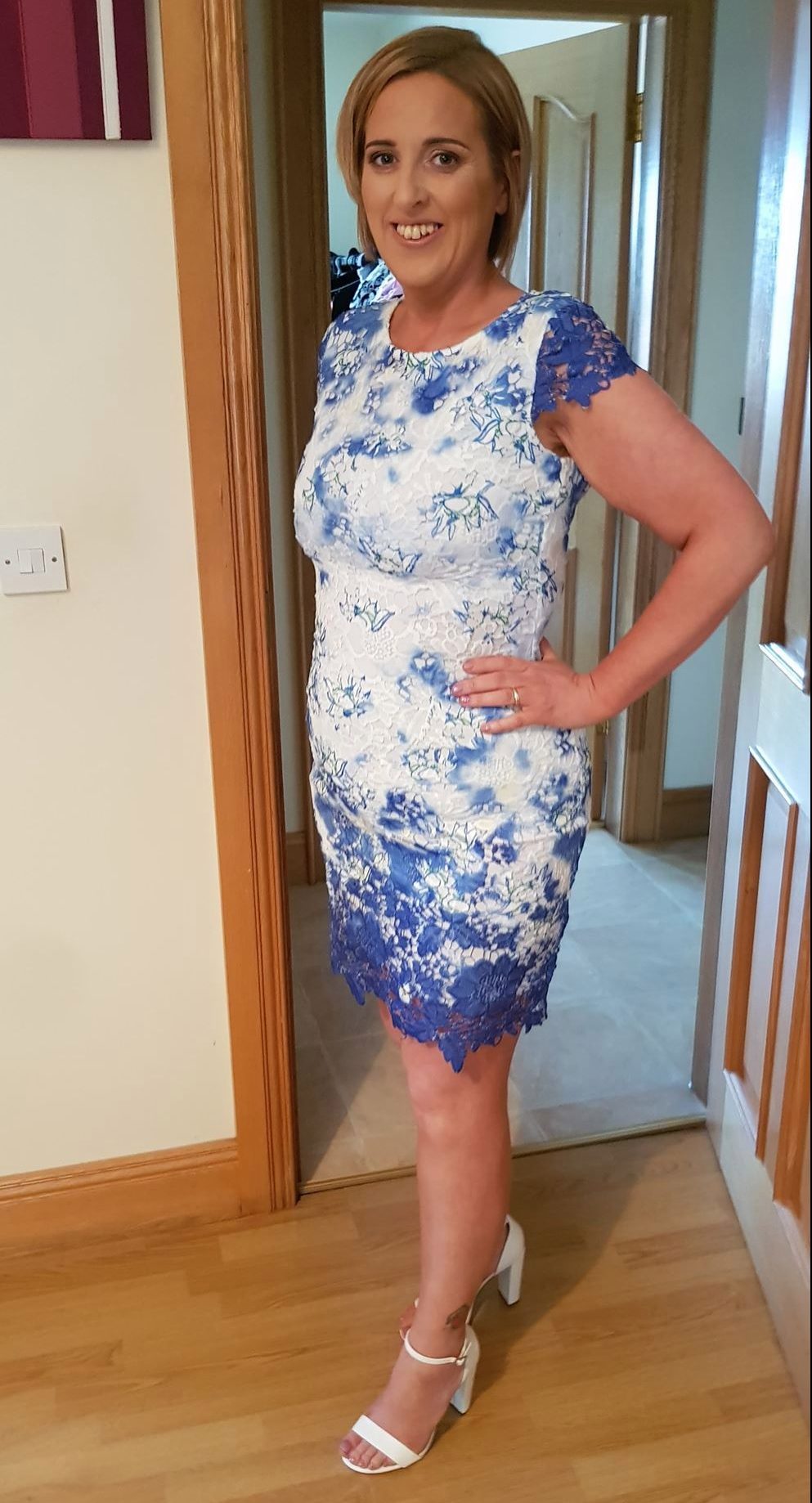 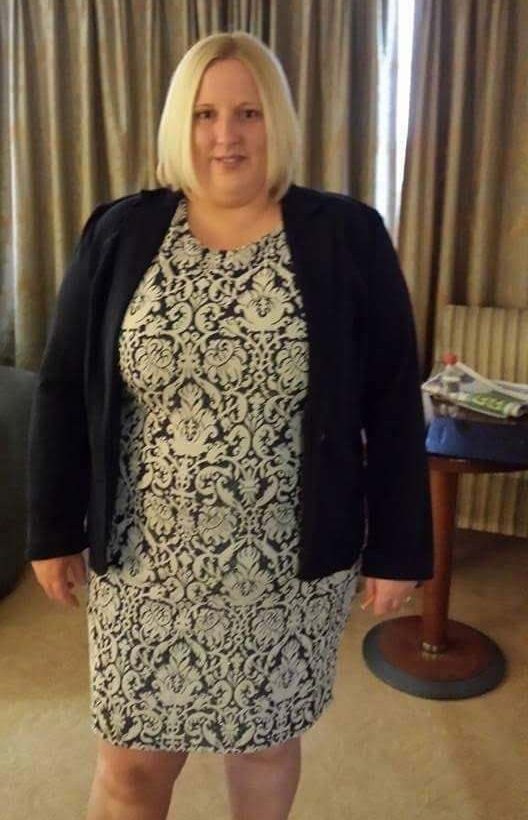 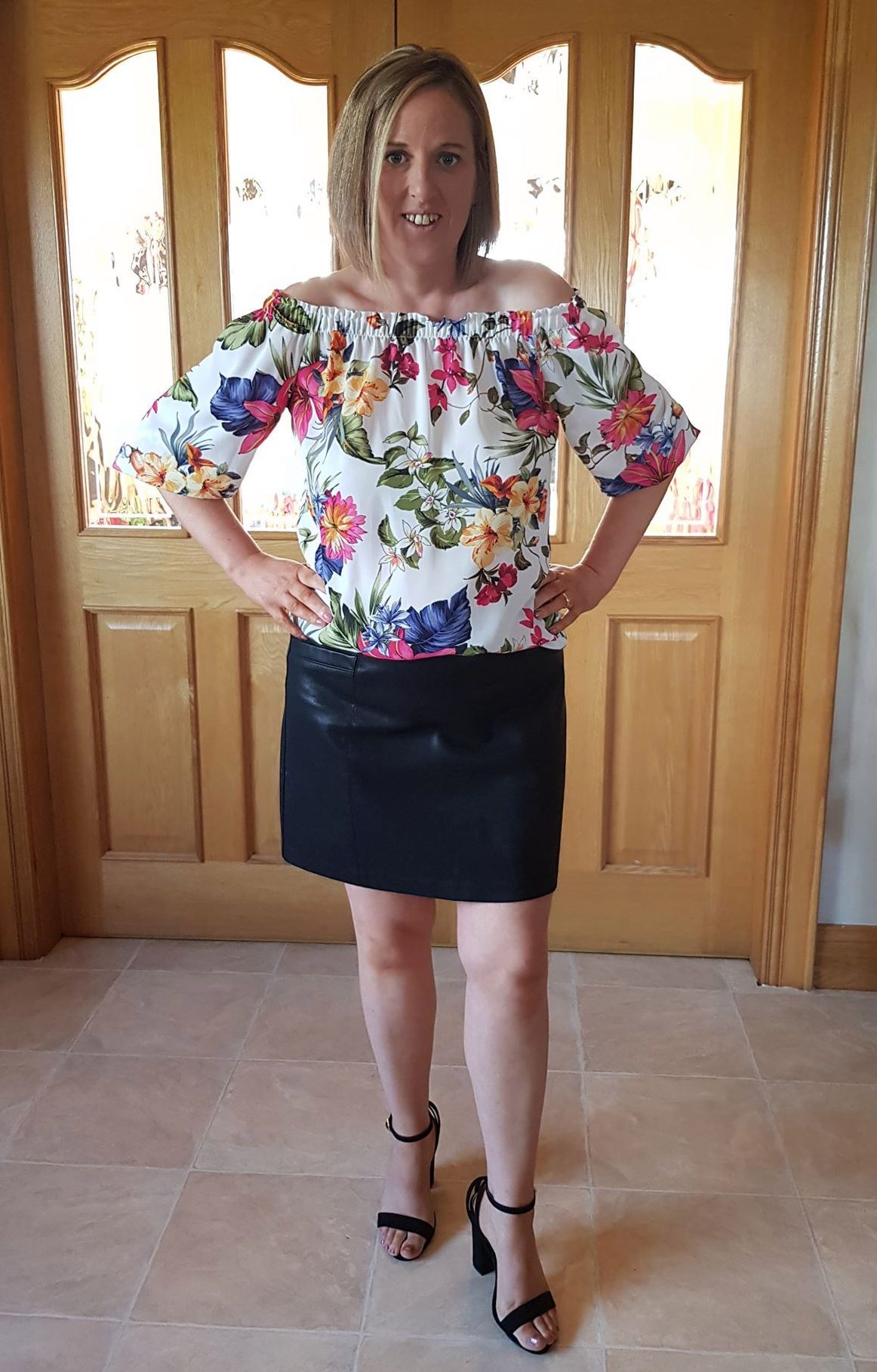 “Christmas dinner in our house is a big event – two types of potatoes, turkey and ham, stuffing, and gravy so thick you could stand a spoon up in it.

“I start cooking straight after mass, and by the time Declan, a dairy farmer, comes in after feeding the cows, the kitchen is full of the smell of roasting meat.

“I did all the trimmings; carrots, sprouts and peas, but hated eating them myself.

I could snack on fistfuls of Quality Street, or watch EastEnders with a tin of Roses on my lap

“I was a complete chocoholic so Christmas was one of my favourite times of year.

"I could snack on fistfuls of Quality Street, or watch EastEnders with a tin of Roses on my lap – no questions asked. 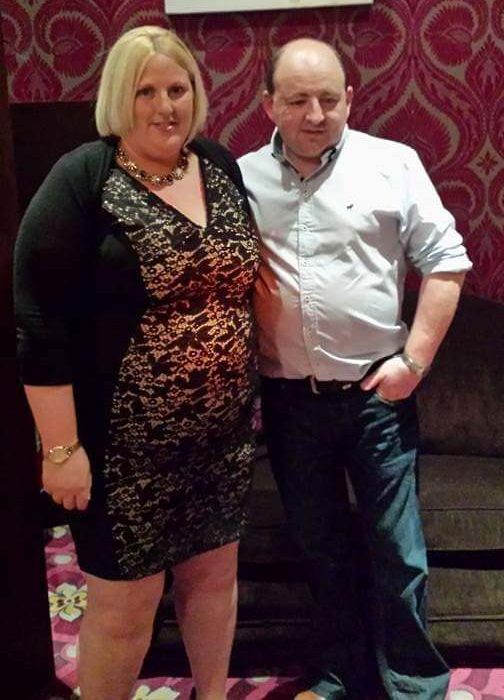 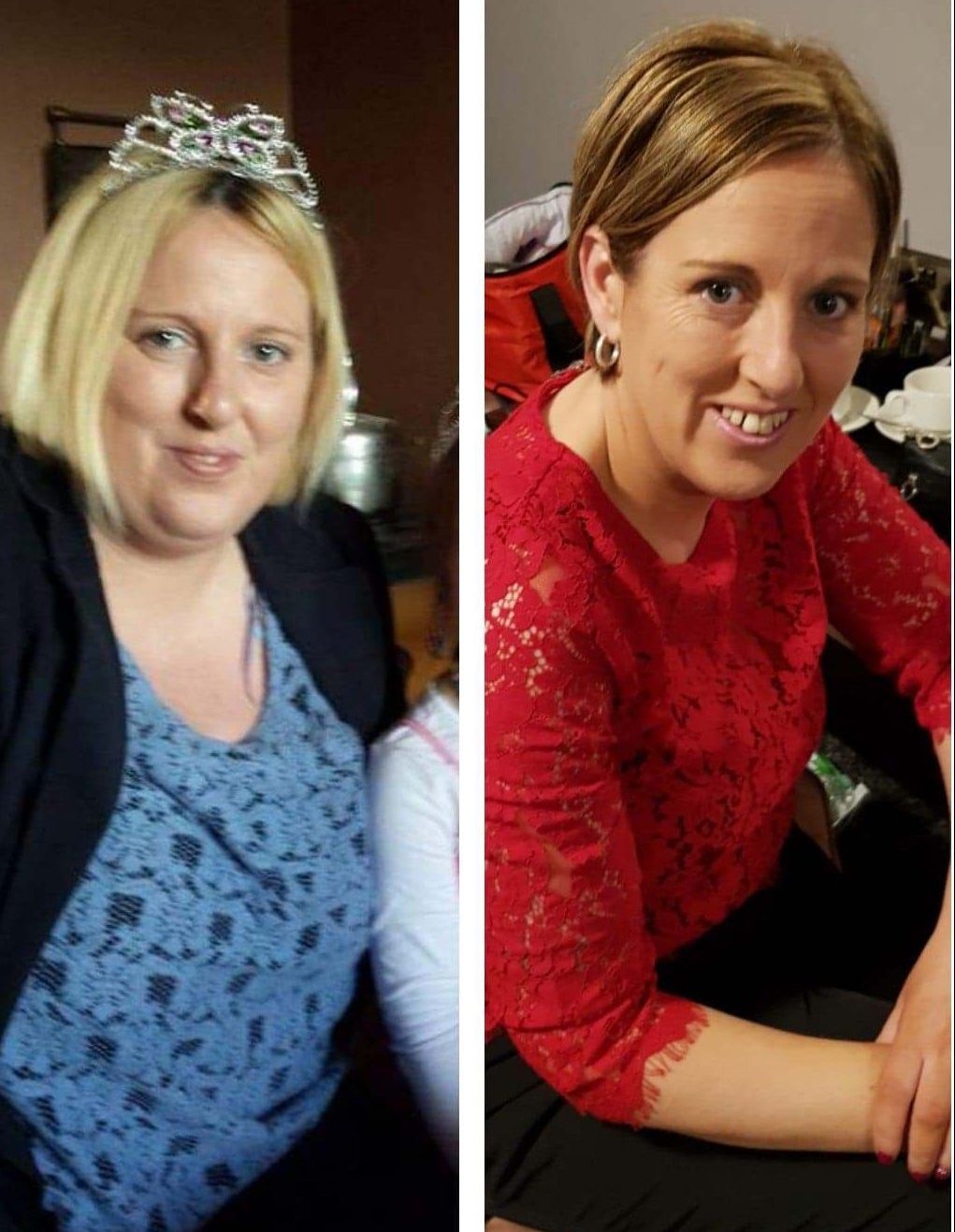 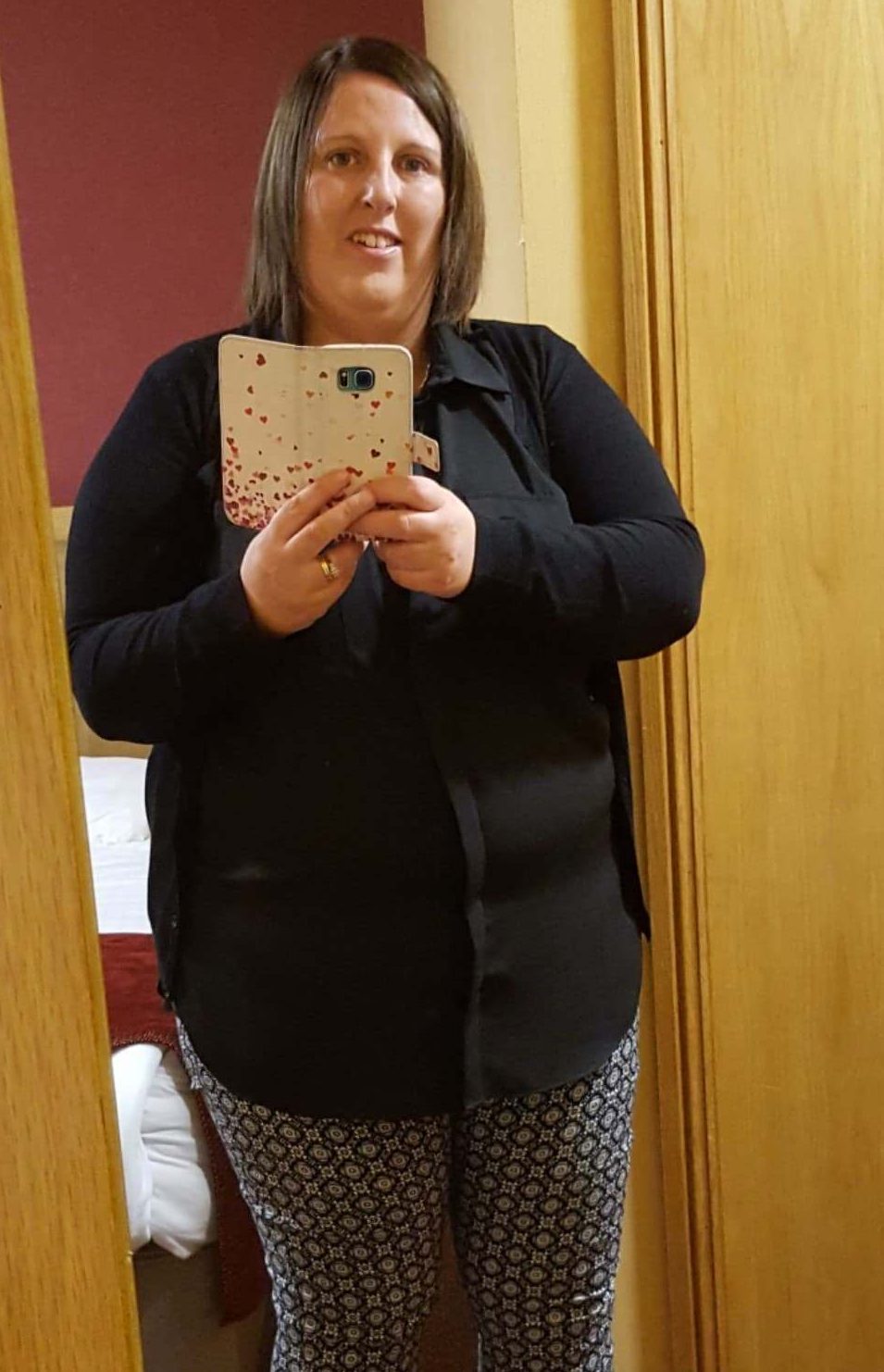 But all the bending and lifting involved in her job at a nursing home meant that by her late 20s she was off work with agonising bulging disks in my back.

“That’s when the weight crept on,” she says.

“I was lonely on the sofa all day while Declan ran the farm so I turned to sugar for comfort. 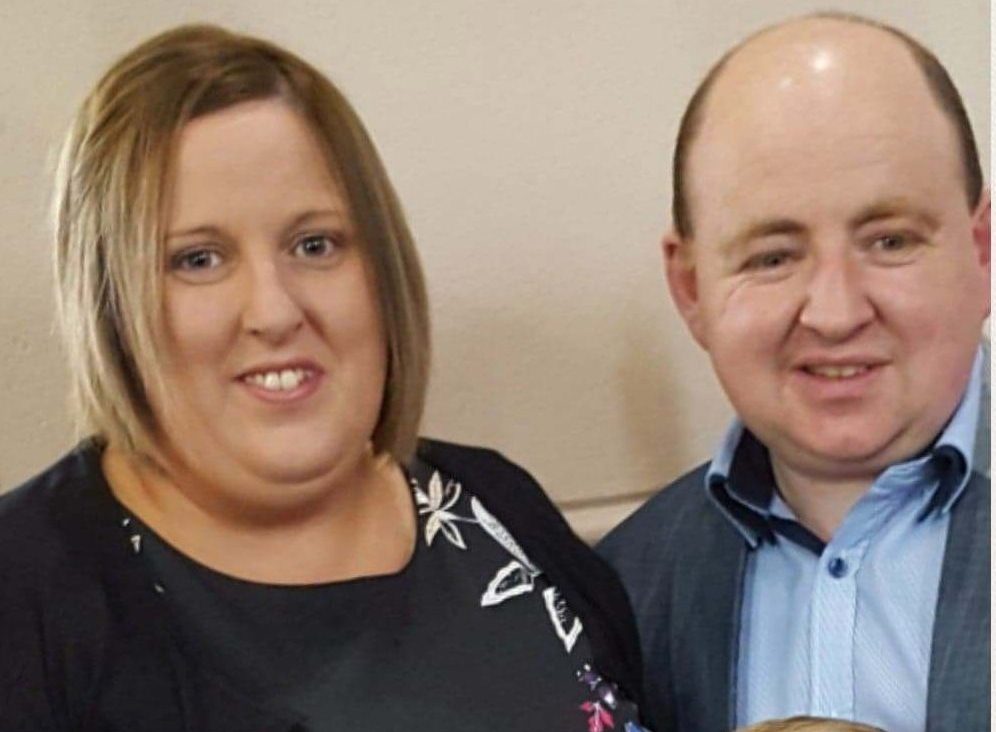 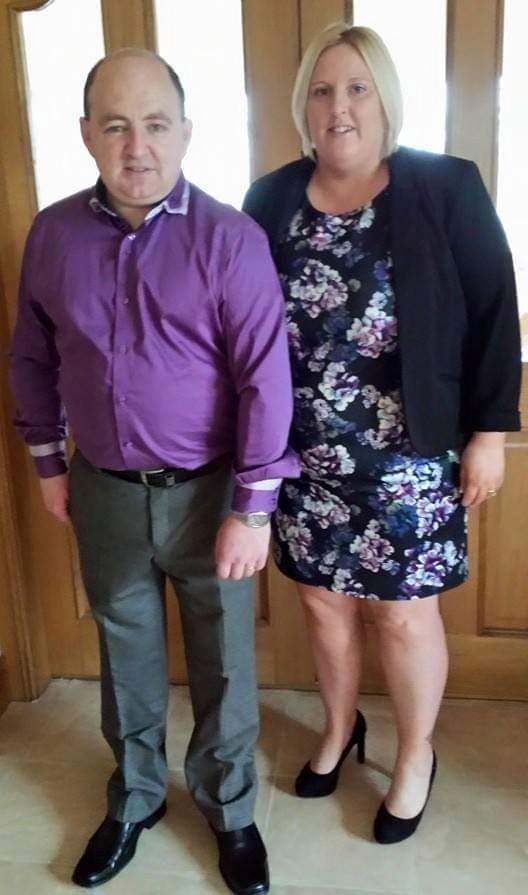 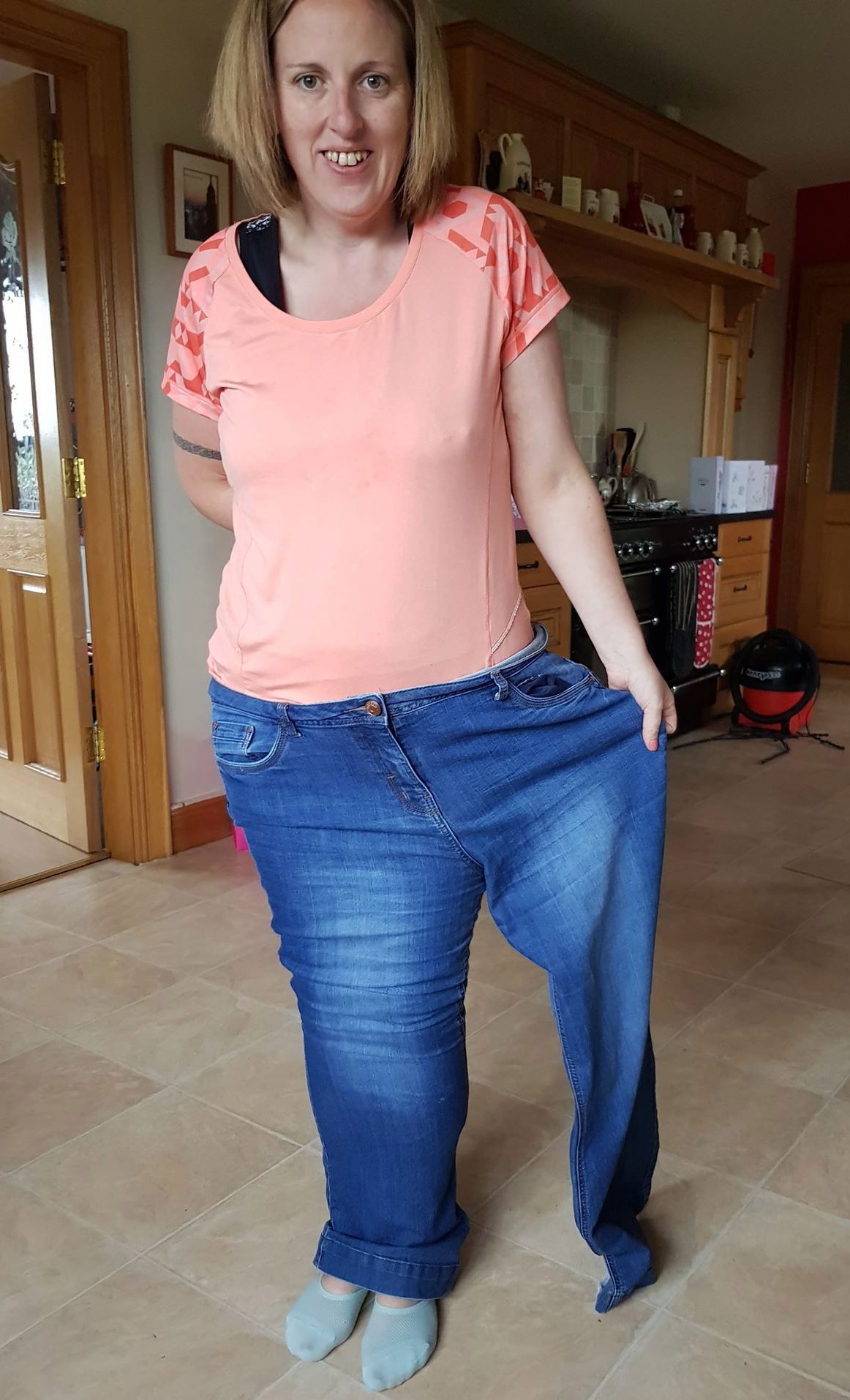 “I’d have a four-fingered bar for breakfast, another for elevenses, and another for lunch.

"Mid-afternoon it was a crisp sandwich, followed by another palate-cleansing Kit Kat.

“Then I’d snack on more in front of the soaps at night.

“When our online supermarket shop was delivered it was full of Kit Kat multi-packs.

"I’d push the wrappers to the bottom of my handbag so Declan didn’t know how many I was eating.” 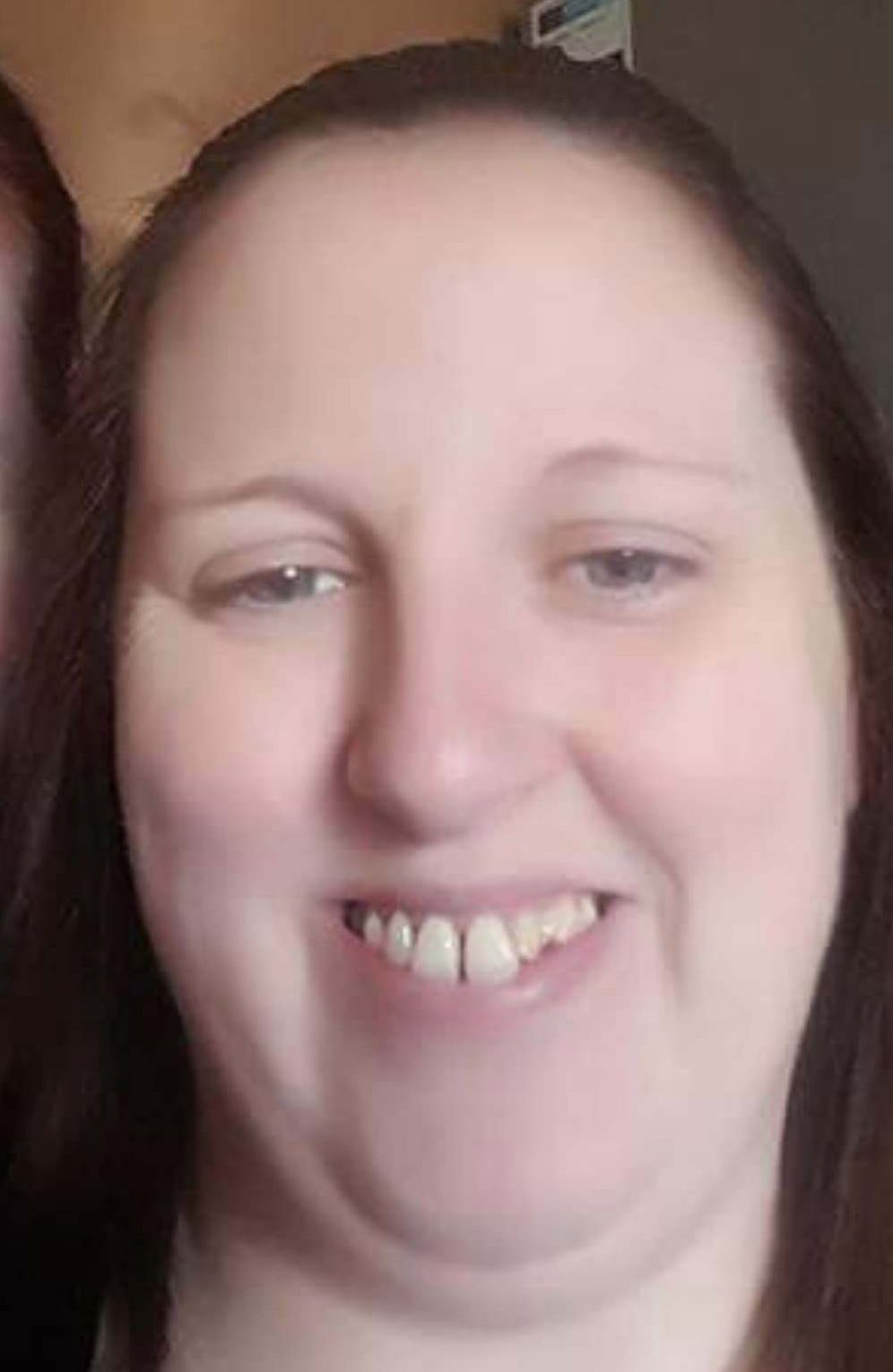 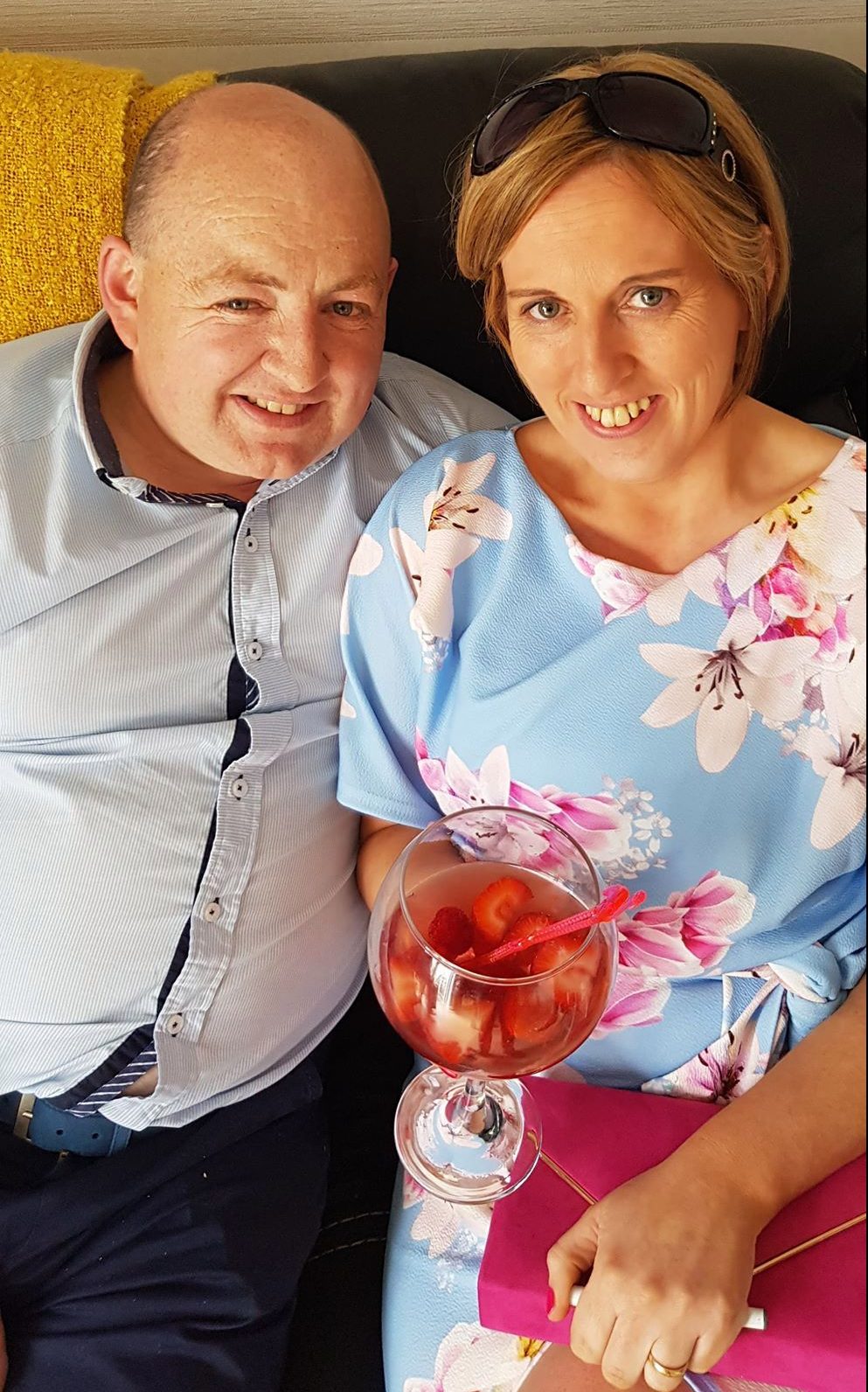 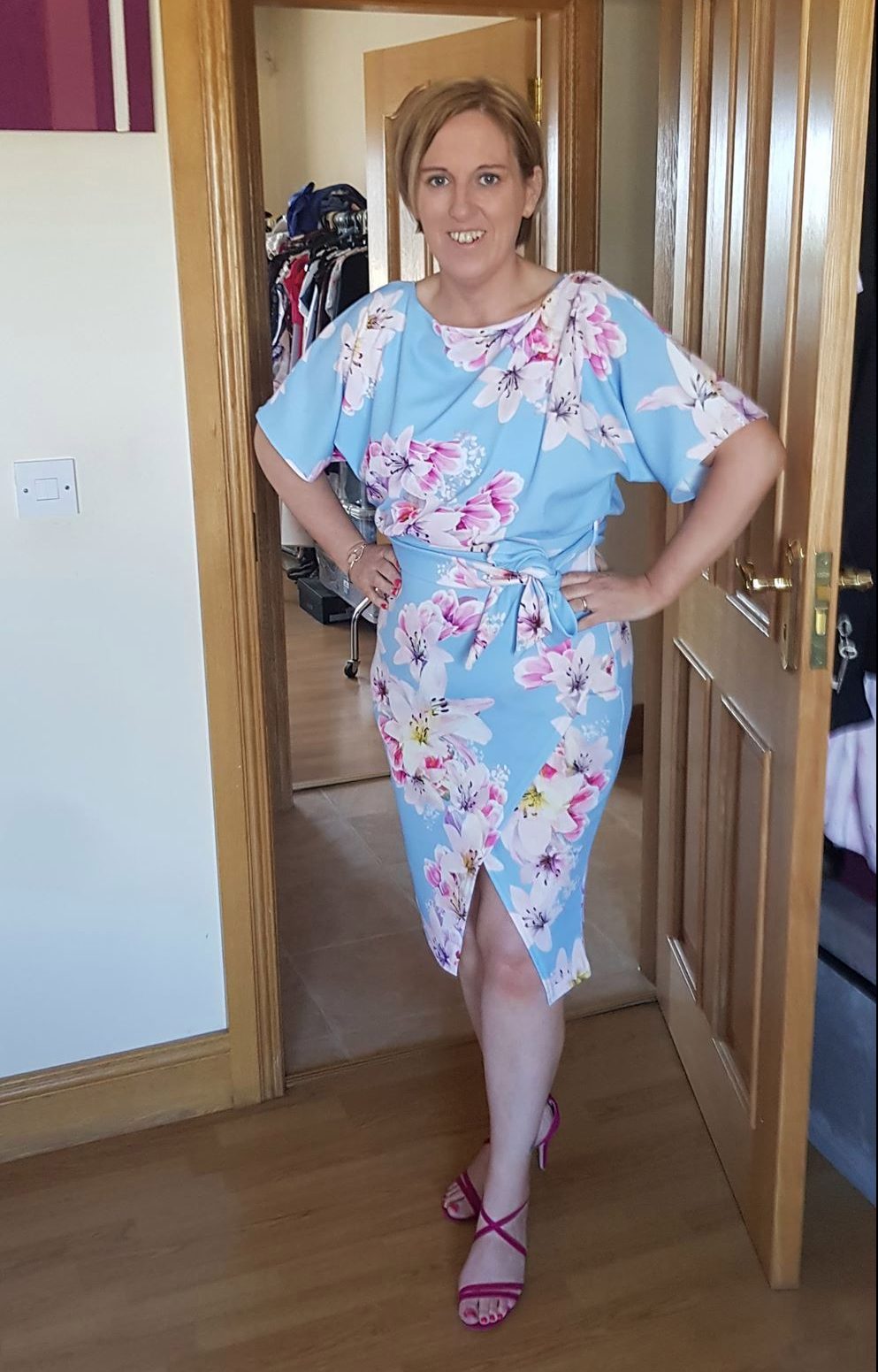 “For a couple of weeks she nagged me and I tried to get out of it,” laughs Catriona.

“It was a bad winter so I told her the snow was too thick. But eventually I ran out of excuses.

“Standing on the scales at my first weigh-in, I could’ve cried as the digital dial showed 17 stone 13lbs. How had I got so big?”

And worse was to come. The group leader told the members they need never go hungry – they could pile their plates with fruit, vegetables and salads.

"But I hate vegetables!" Catriona hissed to Pauline.

She went home clutching her Slimming World recipe book and vowed to try crumbling a stock cube over her veg to mask the taste.

“For my next online shop, I deleted Kit Kats from my favourites and added satsuma oranges instead,” she remembers.

“I started spending an hour in the kitchen every Saturday morning, chopping carrots, onions and mushrooms and storing them in Tupperware in the fridge, so I’d always have them to hand to throw into my cooking. No excuses.

For my next online shop, I deleted Kit Kats from my favourites and added satsuma oranges instead

“After a few weeks, the strangest thing had happened. I’d lost almost one stone… and started to actually enjoy my veggies.

“Turns out even a leopard as lardy as me really can change its spots,” she laughed.

For the next nine months she was as disciplined as an army sergeant major, focusing on her falling BMI.

By the time Christmas 2017 rolled round she’d lost over five stone and was determined to stay on target. 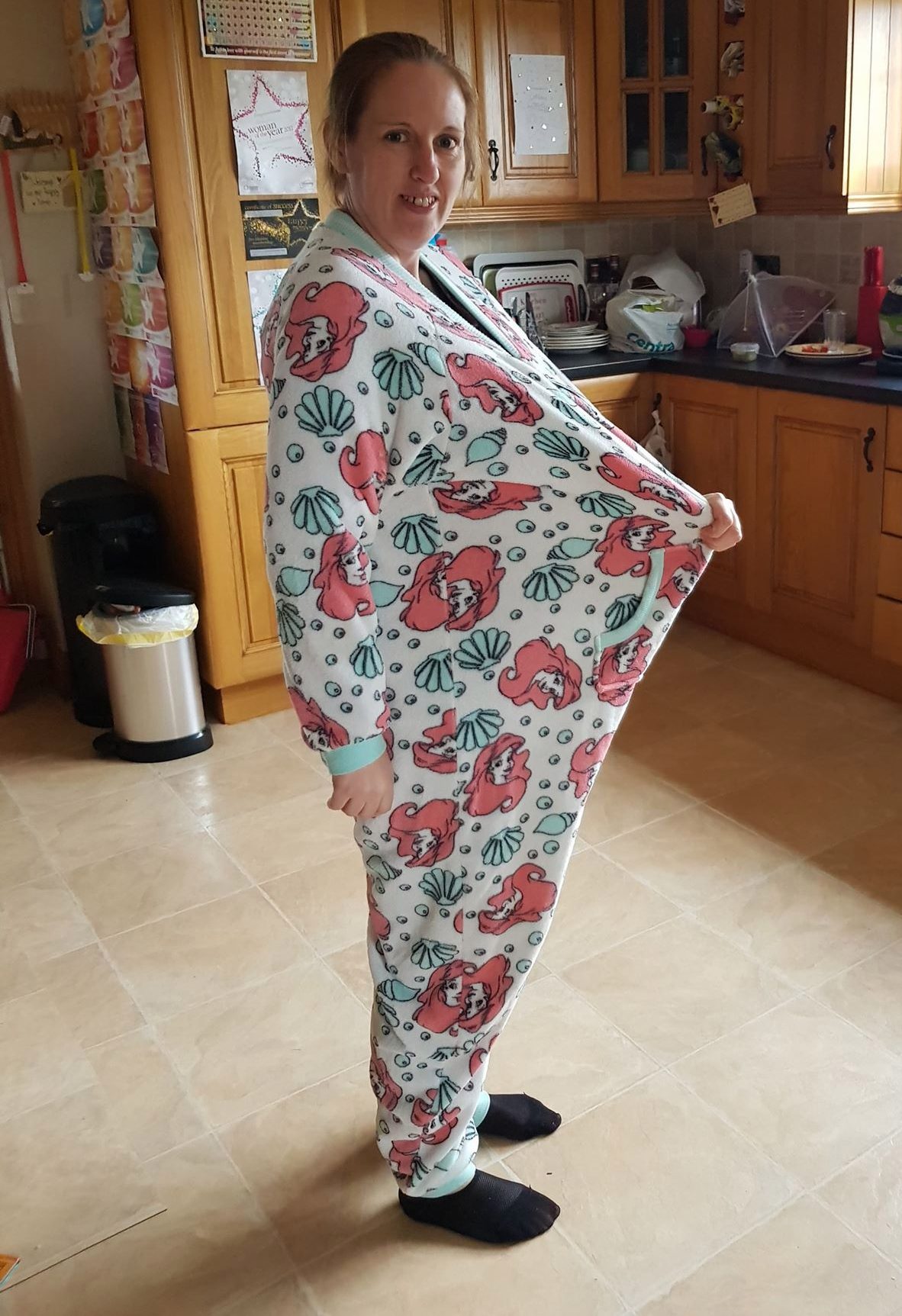 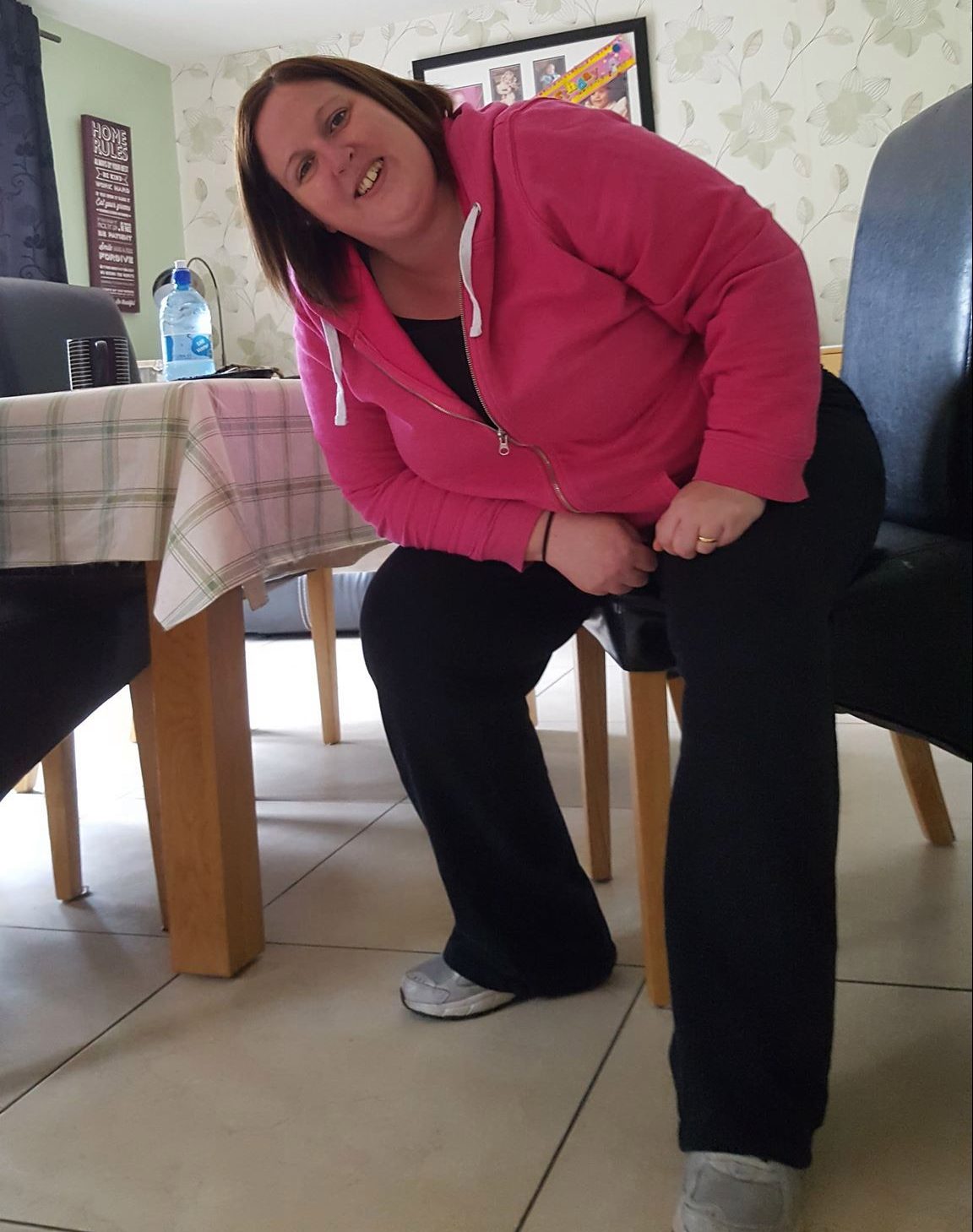 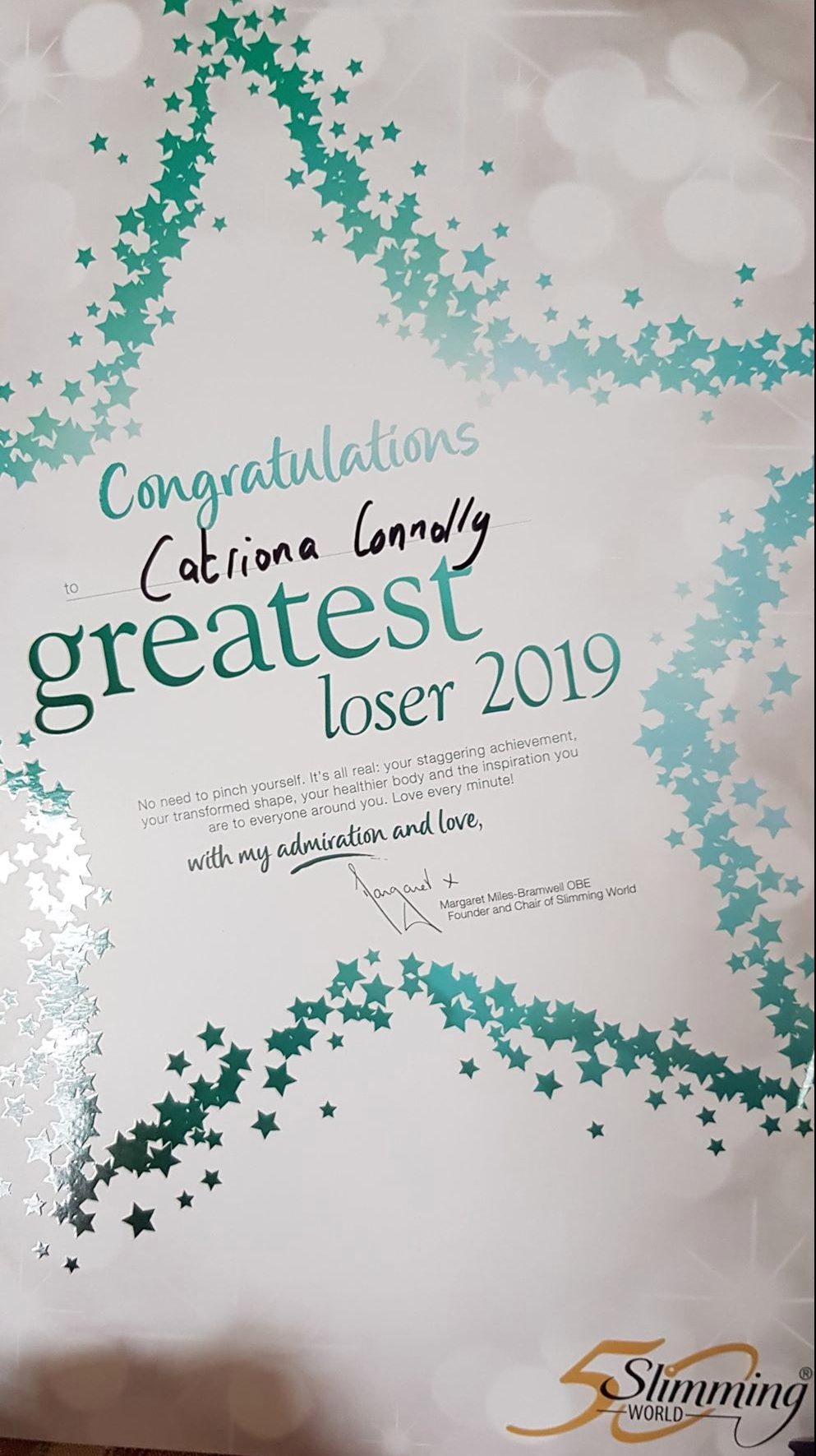 By July 2018 Catriona had shed an incredible seven stone, taking her weight down to just under a 11 stone, a dress size ten.

She’s stuck to her healthy eating plan ever since – not a Kit Kat it sight.

“Losing weight is one of the best things I’ve ever done for myself.” 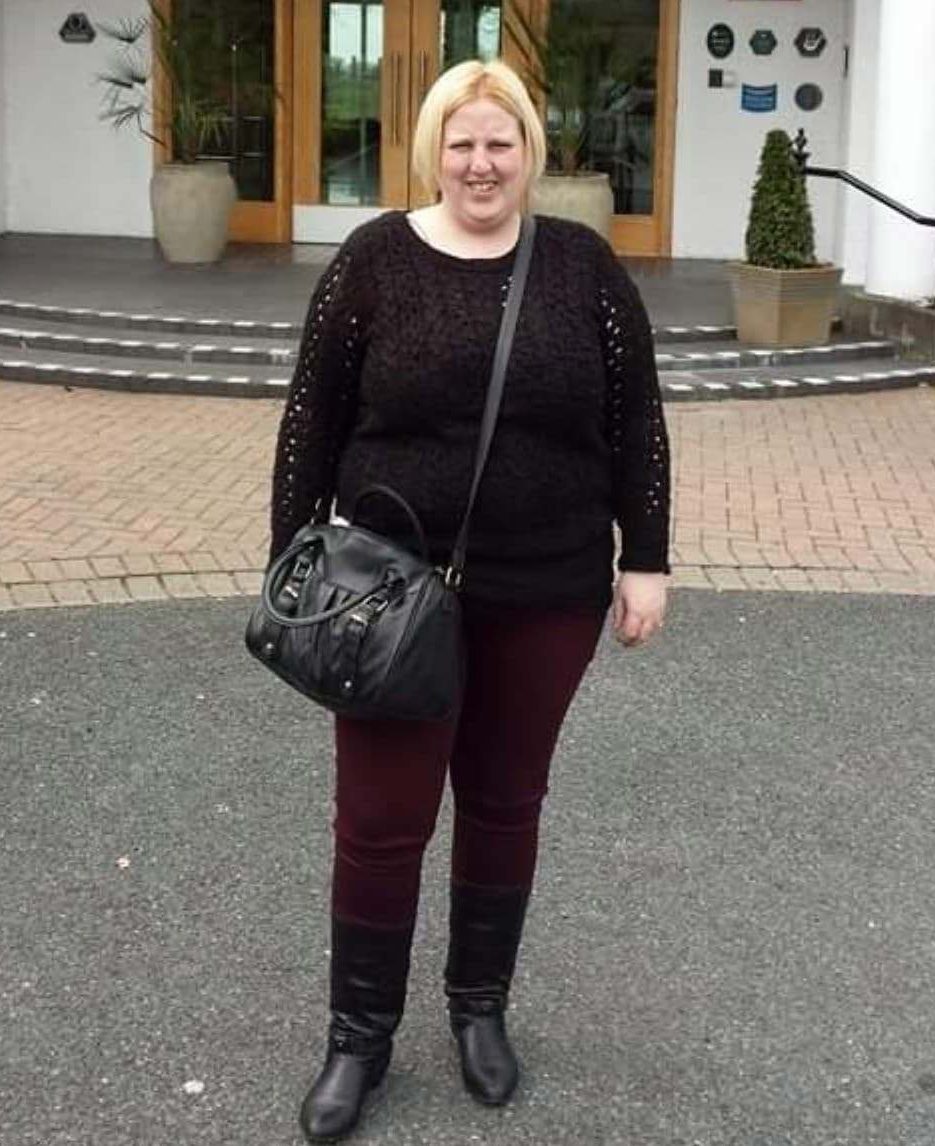 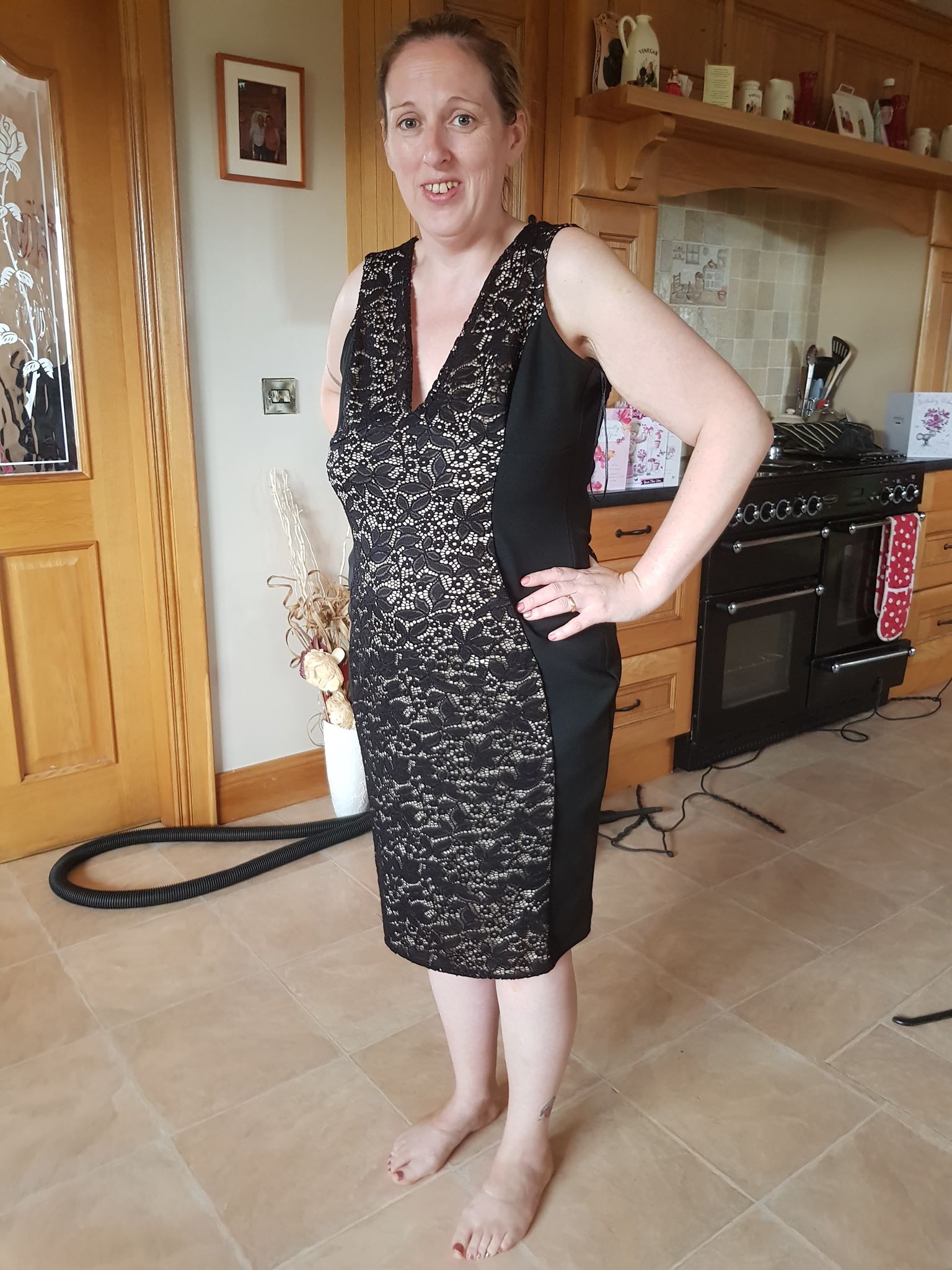 Win £1,000 everyday this weekend with Sun Bingo's Grab A Grand