Now is the right time for fashion companies to celebrate diversity, and Cartier is playing its part. The French luxury company has launched a campaign for its Pasha de Cartier watch, which stars five personalities from disparate backgrounds who, as its messaging toots, are going on “five authentic journeys.” They include Academy Award winner Rami Malek, actress Maisie Williams, and musicians Troye Sivan, Jackson Wang, and Willow Smith.

The black-and-white advertisements, which were lensed by Craig McDean, feature all five stars in a studio posing around a circle installation meant to mirror the Pasha timepiece. There are also videos and Instagram posts of the group, with one featuring close-ups of the watch as the group’s comments play in the background.

Introducing the new Pasha de Cartier watch featuring a community who is changing the codes of achievement and paving new creative paths. #PashadeCartier coming in September.

“You always have to bite off more than you can chew to evolve as a person and especially as an artist, and prove to yourself that you can do this and that you can expand,” says Smith.

“There’s no final destination in life, but every step towards your goal, every chapter in your history, is a big time for me. Just trust yourself and write your own history,” says Wang.

“Who I am is very closely linked to what I make. I’m just saying exactly what I want to say and exactly how I want to say it. It’s a little terrifying but also really exhilarating. I’m really pushing myself to explore the edges of my creative pursuits,” says Sivan.

These voice-overs, along with another video, which shows each personality individually sitting on a stool, are intended to convey a sense of community around being unique and playing to one’s own skill set—qualities that, according to Cartier, are part and parcel of the Pasha timepiece.

“Since its creation in the 1980s, the Pasha watch has embodied a certain idea of success directly linked to its extroverted design, power, and graphic nonconformism,” said Arnaud Carrez, the marketing and communications director of Cartier International. “It is as edgy as ever and in tune with today’s new generation of creators. These new Pasha ambassadors owe their success to their differences, creativity, connection, multidisciplinary talents, and generosity.” 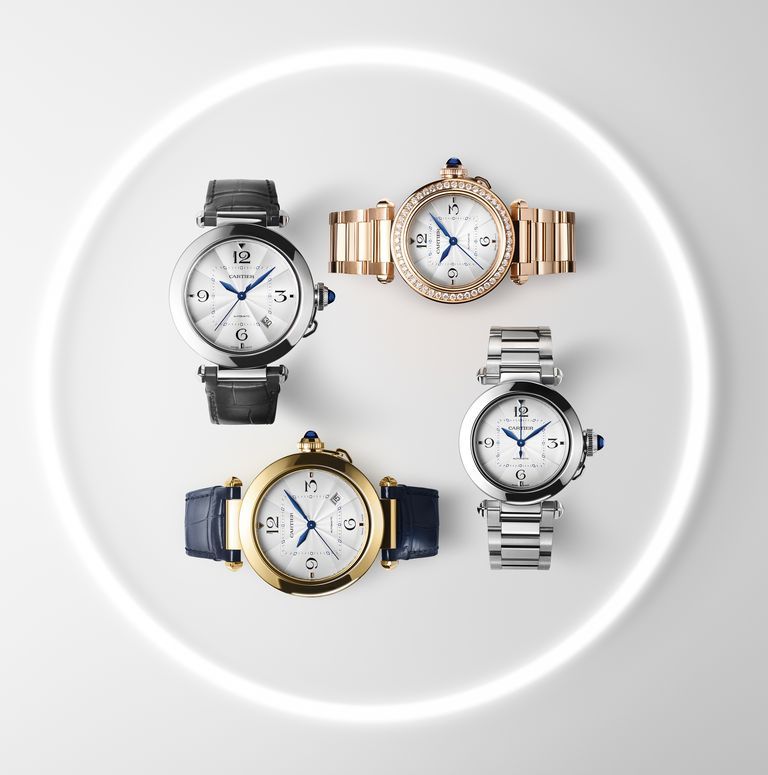 Indeed, the Pasha is not just limited to one style. It comes in steel, gold, vibrant diamond-set, and skeleton movement versions, and will be available in September at Cartier boutiques and online at Cartier.com.