IN ORDER to reach your target market, experts recommend to be a little bit different just so you can catch their attention.

And one woman has nailed it by going to great lengths to sell some of her Gran's furniture. 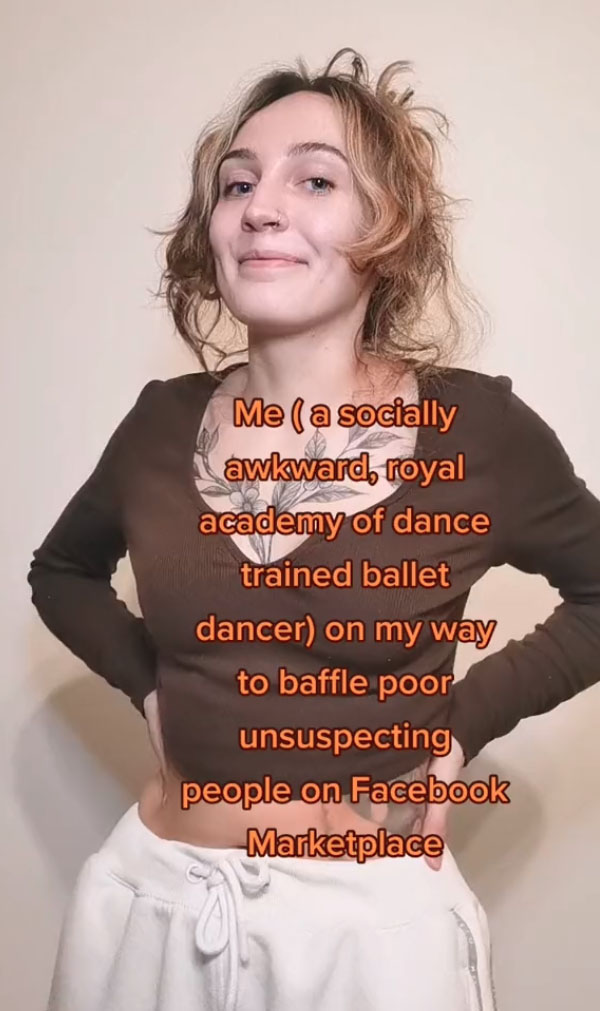 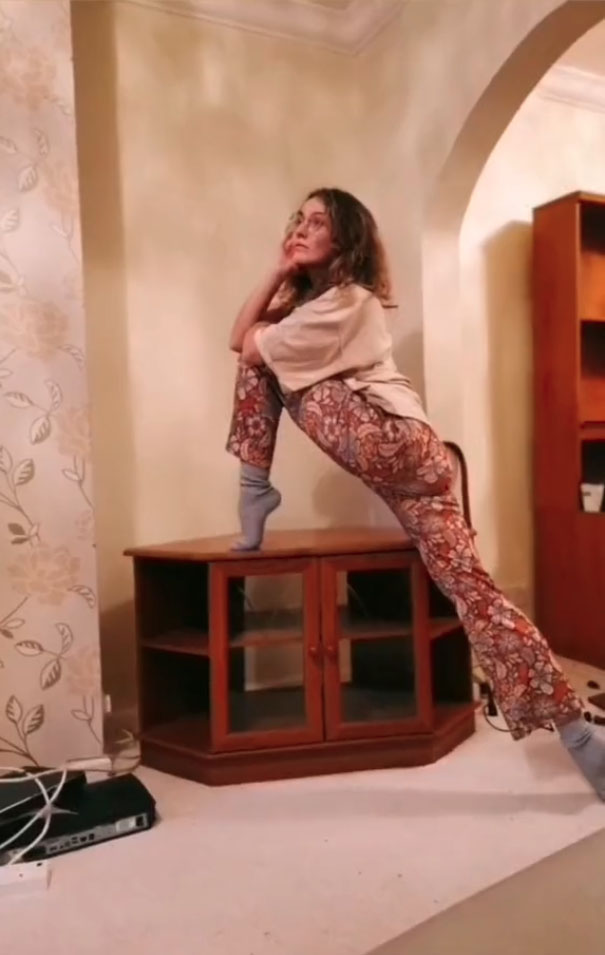 Kerry, 28, who is a ballet dancer, even went viral after posting on Facebook Marketplace, which left people in hysterics.

She started posting the pictures on the selling site while trying to clear out her Gran’s old, but decided to take a different approach to the standard picture of a product.

Different pictures show Kelly, from Stockton, with her legs folded inside cupboards and curled up inside coffee tables.

Her listings have had thousands of comments on social media, and her TikTok account @strangesells has been bombarded with messages from ‘foot fetishishts’, people asking to see ‘bloopers’ and comments saying she looks like a crab.

One of Kerry's wacky posts claims a "mid-century coffee table" is "haunted".

In another post she describes her Gran's old TV cabinet as a "very peaceful unit, really".

Most read in Real Life 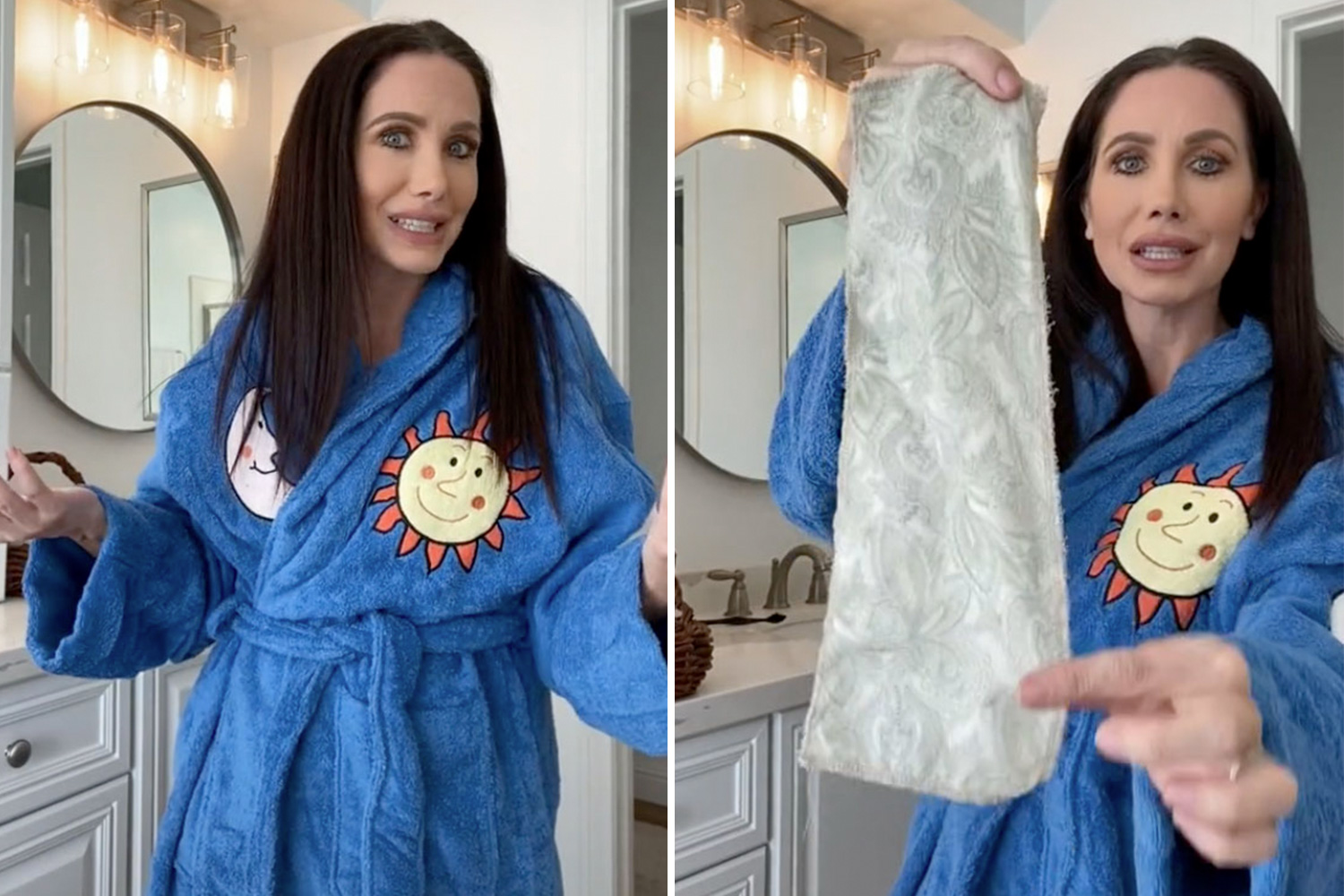 Normal toilet paper is gross, I use reusable now & wash them with my clothes 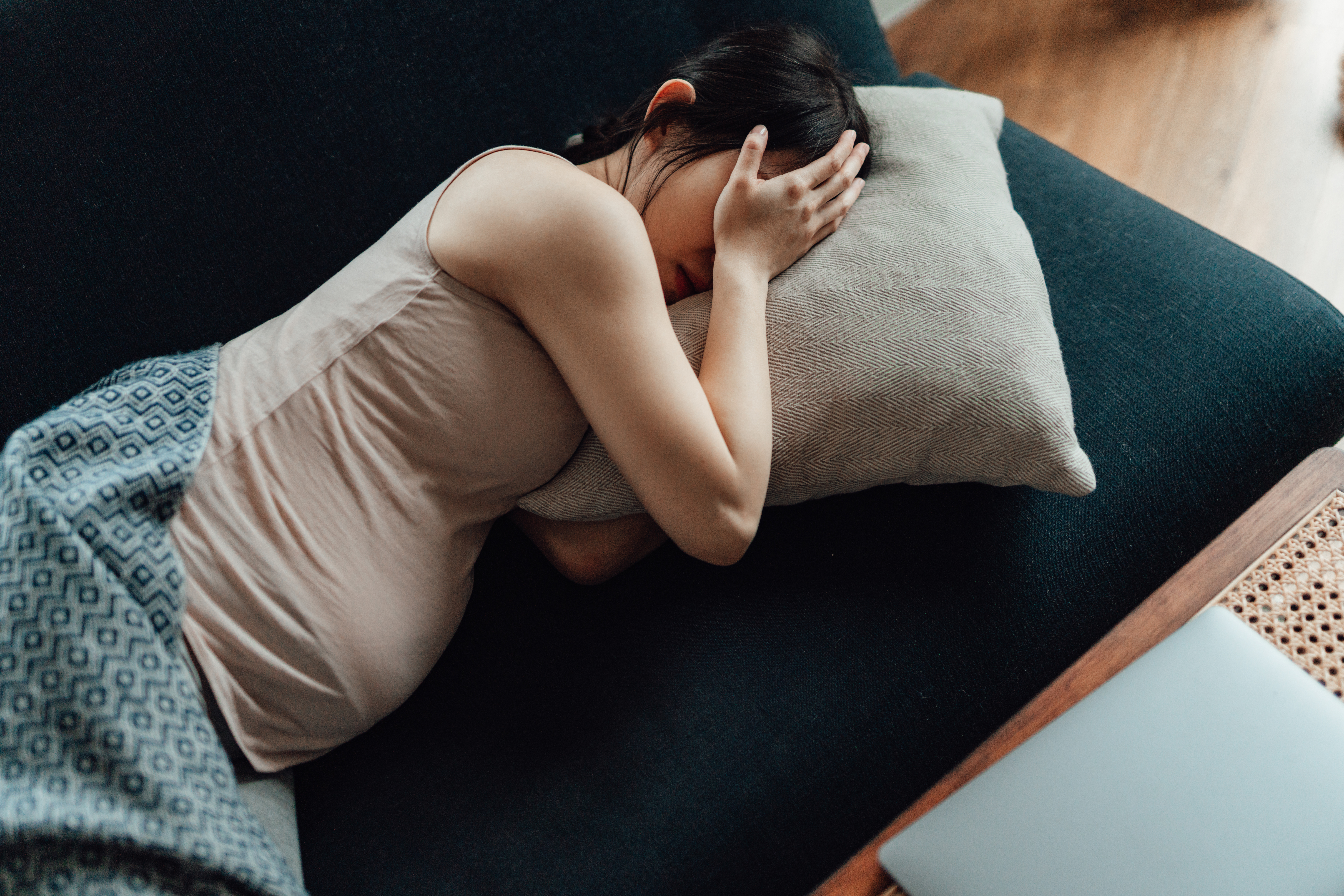 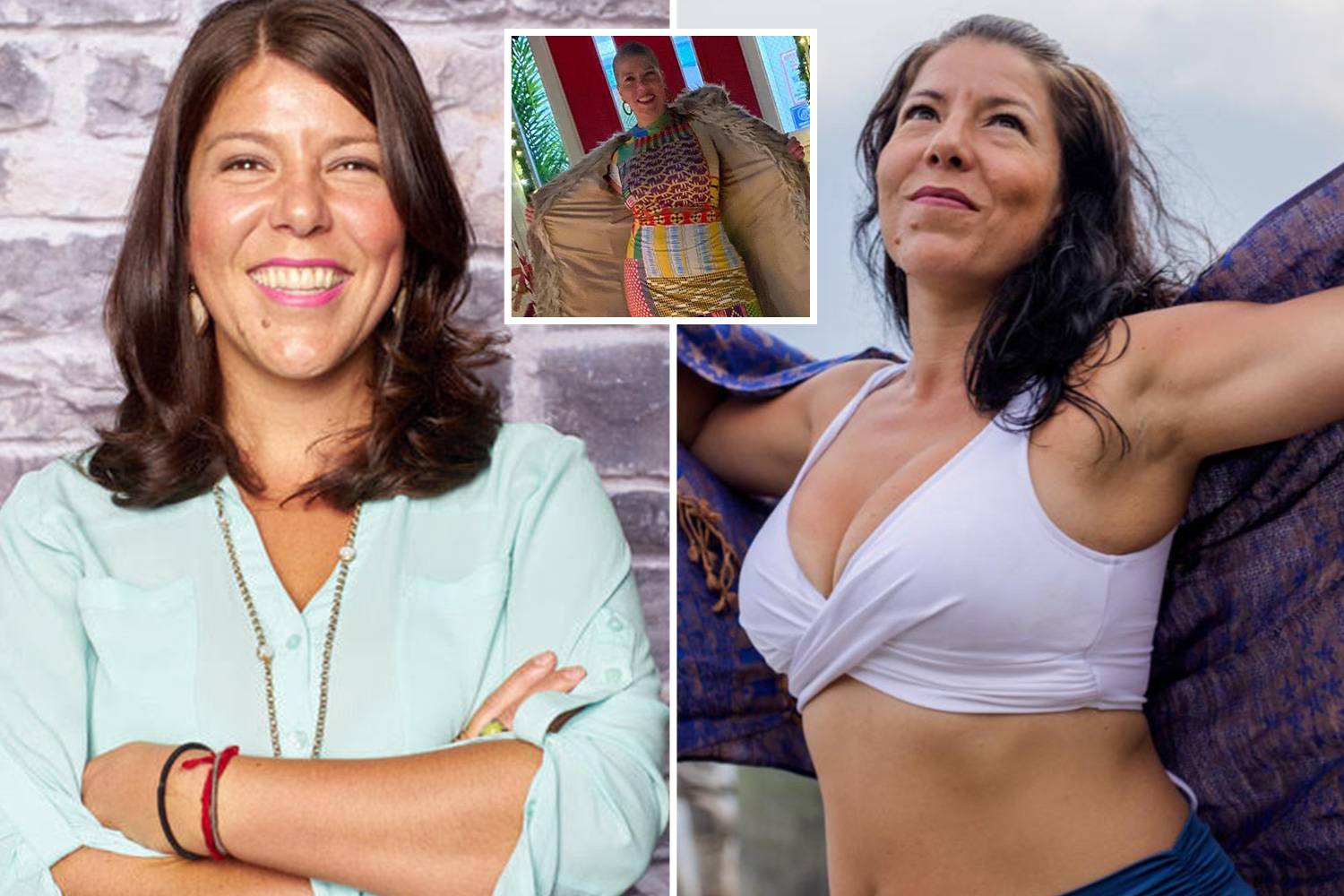 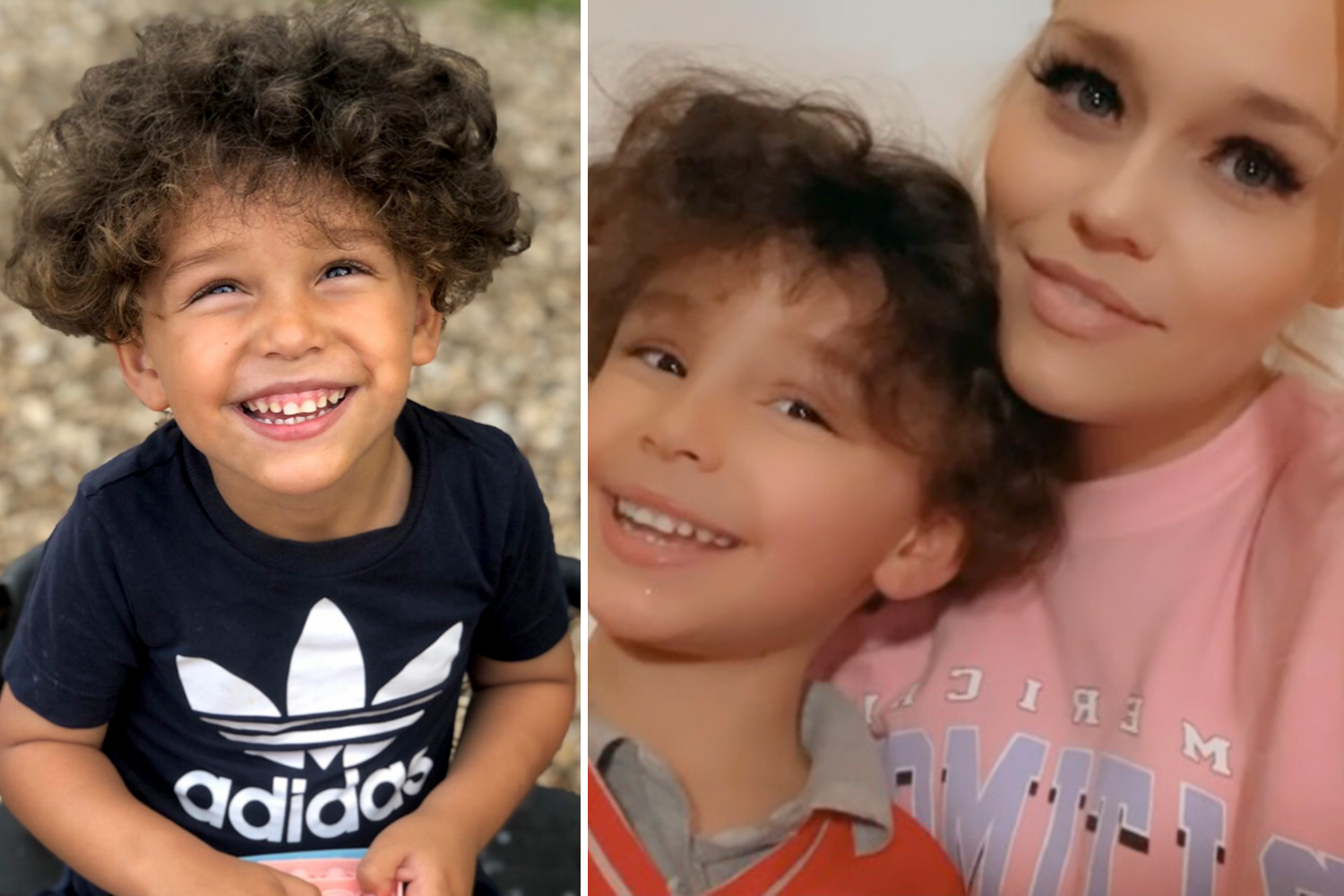 She explains how it is all her “Gran’s furniture, as she has gone into a care home” and she is trying to sell what they can “before we get the council to clear out.”

Kelly adds: "It just gives us some cash for when we take her out for the day, for little trips for tea and stuff.

"Also, it would just be sad seeing her entire life go to the skip.

"But I suppose that's just how it works when people go into care homes. 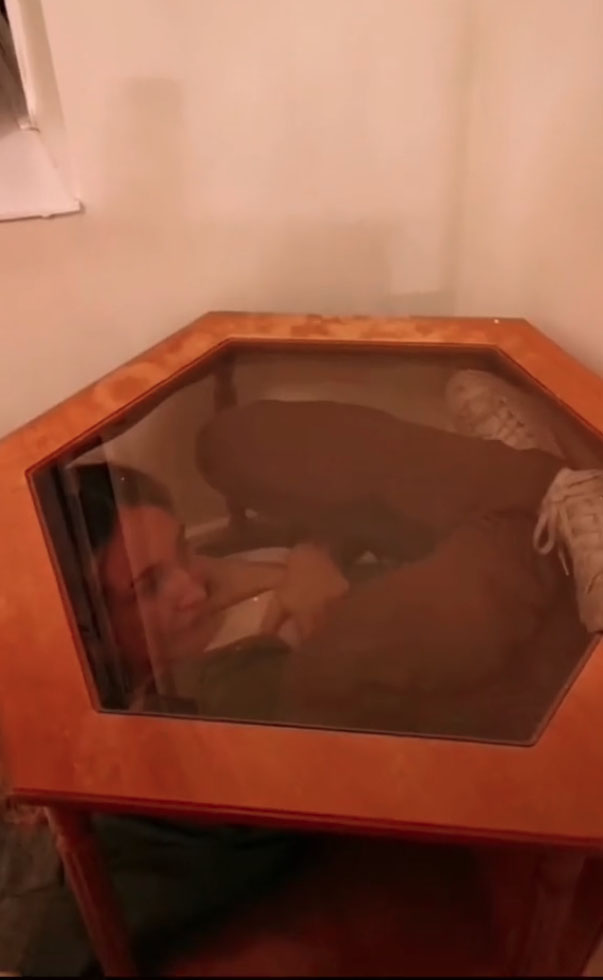 "It's strange being in her house now, I go in there to sort out and I don't want to leave."

The reactions to her listings have been very mixed, says Kerry, who is a trained dancer and attends Laud Ballet School in Billingham.

She says: "Women are predominantly lovely.

"Men will either ask to buy me, ask to see my feet, or ask if the furniture has a crack in it.

Men will either ask to buy me, ask to see my feet, or ask if the furniture has a crack in it

"Overall though, people have found it funny.”

Kelly says that she’s actually been doing it since 2018 but it just “seems to have gone viral this time.”

She adds: "although my poor boyfriend is bored of taking all the pictures."

A post about her Gran's "solid wood mid century coffee table" reads: "You can fit under it but it's a bit of a squeeze, easier to go in feet first.

"Approx 1965? Surface damage that can be sanded out as seen in the pictures. 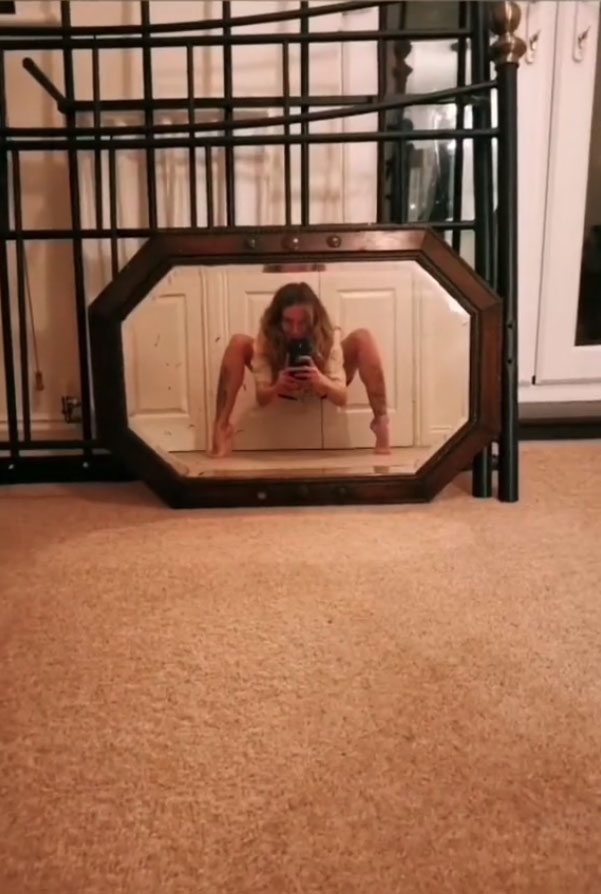 Another describes her Gran's "solid veneered TV unit" as "a great place to just hang out, relax, ponder, maybe even just watch your neighbours hang up the washing".

Posters have said her pics are "gold" and make their "day brighter".

For other Fabulous stories, check out this cleaning pro reveals exactly how we should be washing our towels – you might be surprised

Or, have a read about this woman who got a huge scary back inking after letting a mate practise tattooing on her

Shoppers Say These Flattering Tank Tops Are So Comfy, They Wear Them ‘Every Chance’ They Get