A WOMAN has created ‘night club’ stairs in her house with some glittery fabric and colour-changing lights – and people love it.

Maria Louise said she “hated” her bland staircase beforehand, which had beige carpet and a white trim. 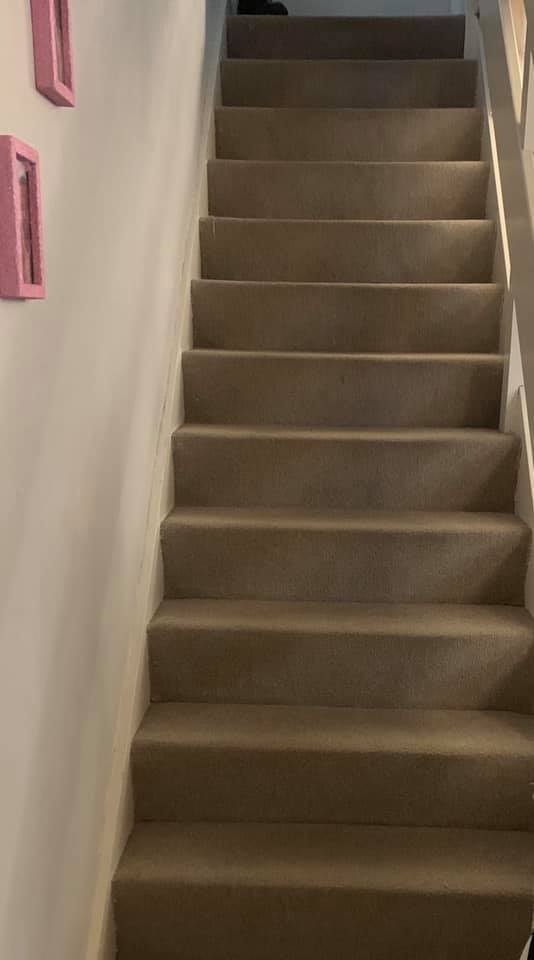 So she decided to add some sparkles, buying a roll of grey fabric from eBay for just £29.99.

Next Maria picked up some colour changing lights from Amazon – which work their way through the rainbow – and attached them down each side.

She shared snaps of her handiwork to Facebook group Mrs Hinch Made Me Do It, revealing the entire transformation cost her less than £70.

Maria wrote: “This was my stairs before and after, I’ve hated these stairs for ages and finally decided to do something with them! Love them now. 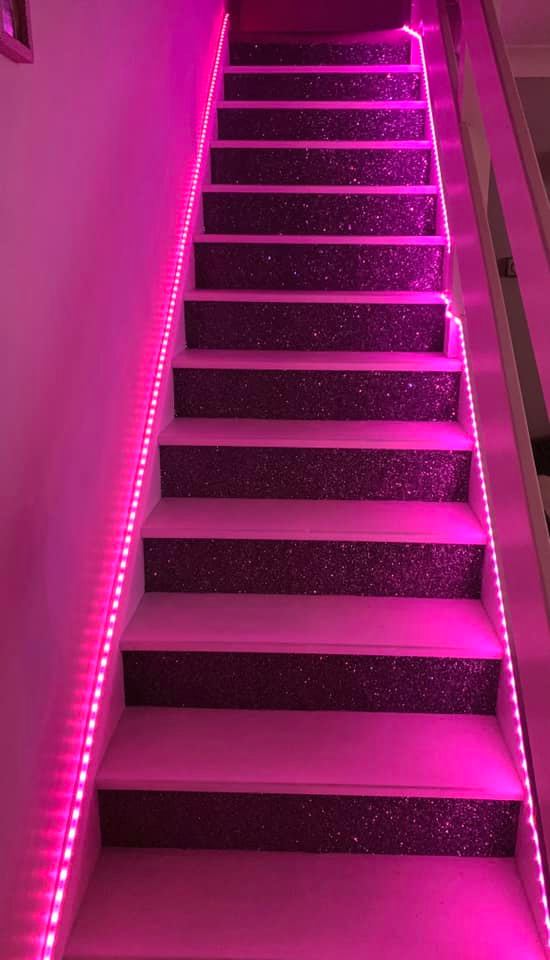 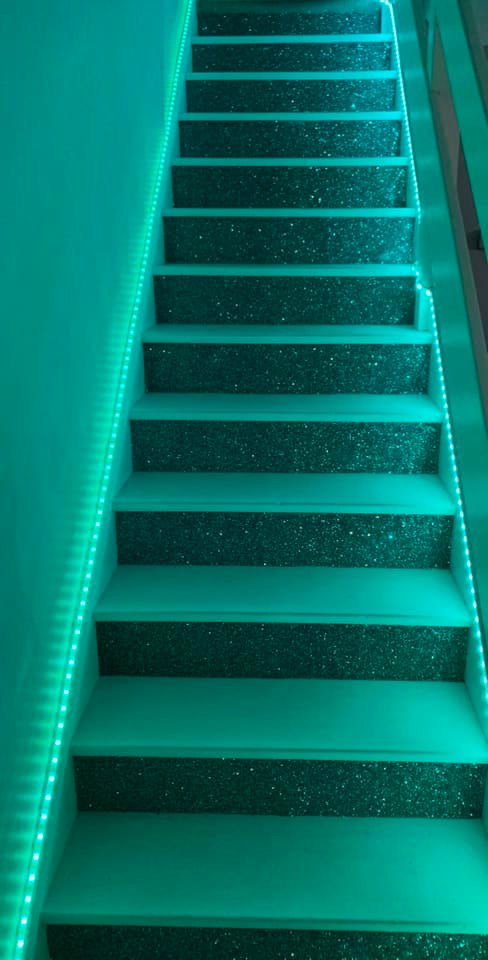 And Maria revealed that she had lots of glittery fabric left over from her project, so was going to use it elsewhere.

Revealing how she achieved the look, she added: “I was worried I would mess it up as I’d never used it before, but was easy to cut and then just glued the wood bit and put the glitter on top, could remove if it wasn’t in the right place and restick! 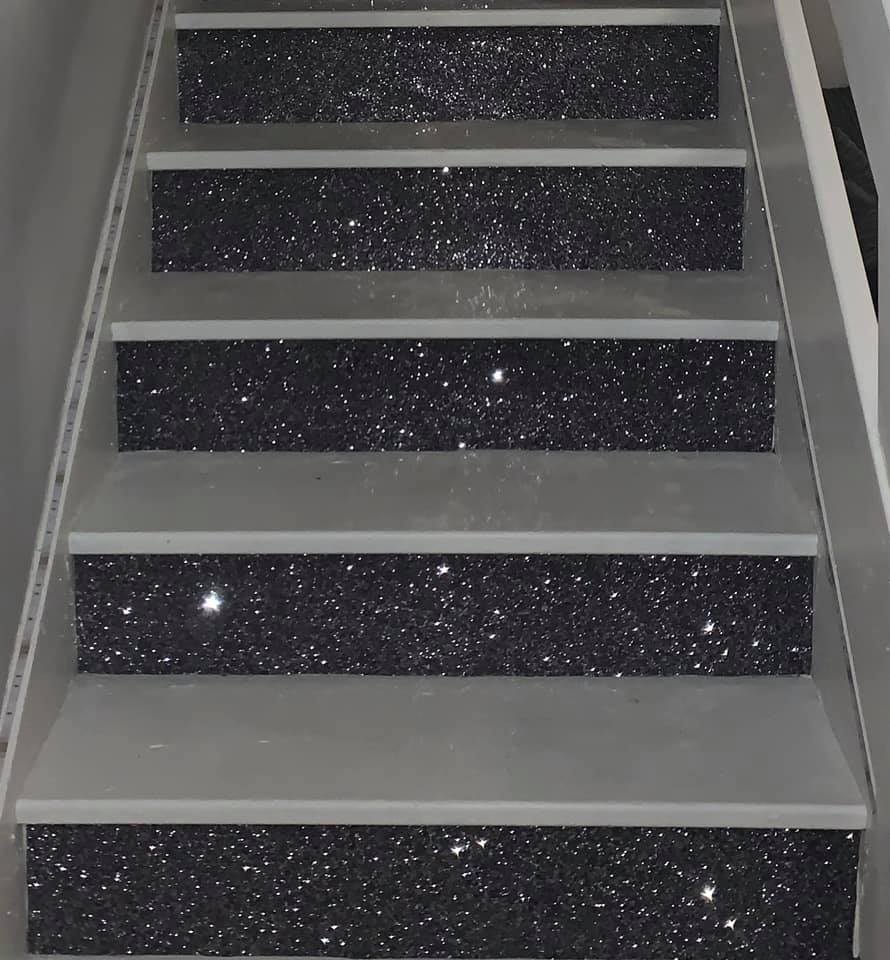 “The thing I found hardest was the measurements as unless you had it perfect it would bubble in the middle a bit so I just kept trimming it until it fitted nice!

“I love them and it’s really sparkly. It’s cheap enough to do as well probably cheaper than carpet!”

Others are also in love with her handiwork, with her post racking up hundreds of likes.

One person said: “I love the stairs.”

Another wrote: “It looks like a night club, I love it!”

While this person said: “Brilliant, love it.”

Plus this DIY fan gave her kitchen a chic makeover simply using an £18 pot of paint.

In other home makeover news, this dad built an amazing playhouse under the stairs for his daughter for £130.

Meanwhile this mum transformed her drab kitchen for just £110 using bargains from Ikea and Wilko.

Can you identify all 13 Disney movies in this fiendishly tricky emoji quiz?

Jennifer Aniston Wore a Slinky Black Dress to the Emmys, and It's Just SO Jen