A WOMAN was left terrified after discovering a secret creepy apartment hidden behind her bathroom mirror.

New York-based Samantha Hartsoe showed her stunned reaction after realising her mirror came off the wall to reveal a whole other living space. 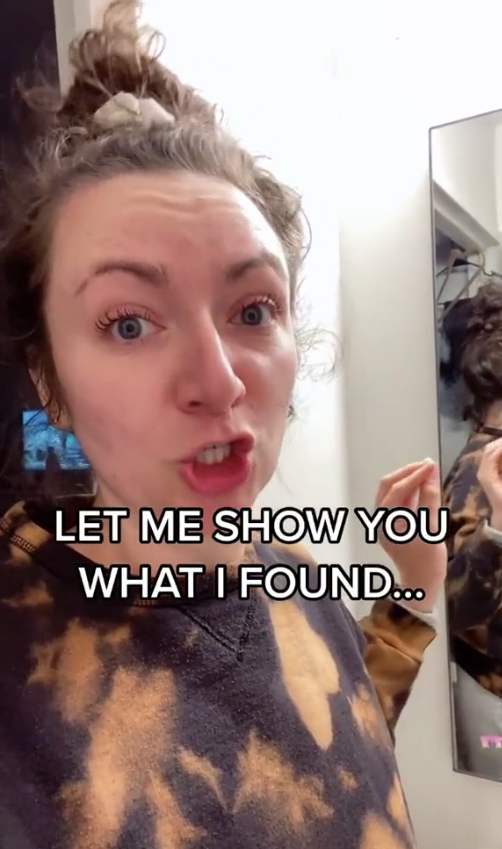 Samantha made four TikTok videos documenting the rather chilling discovery, and said it was made after she realised her bathroom had an unusual draft.

Showing how her hair was blowing slightly as she stood in the doorway, she said: “So I walk into the bathroom and I feel cold air blowing on me.”

After running her hand over the bathroom vent and any possible holes, Samantha quickly realised the draft was coming from the mirror.

Sounding spooked, she added: “I realised the mirror moves, let me show you what I found. 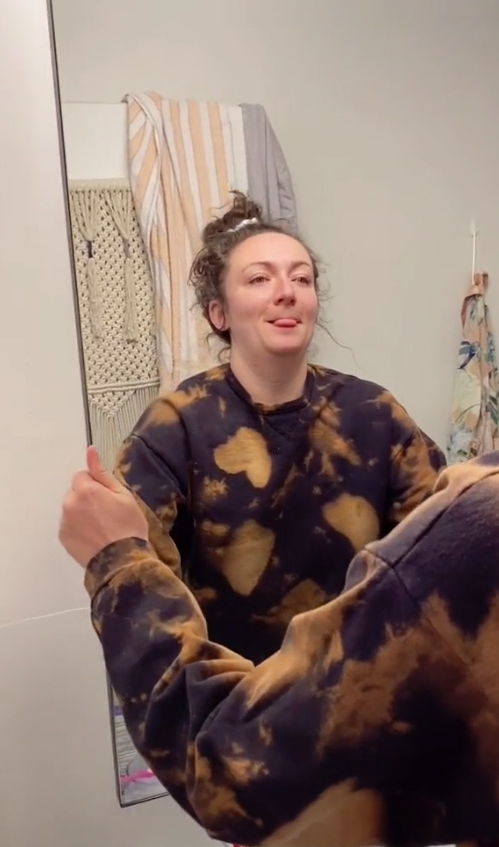 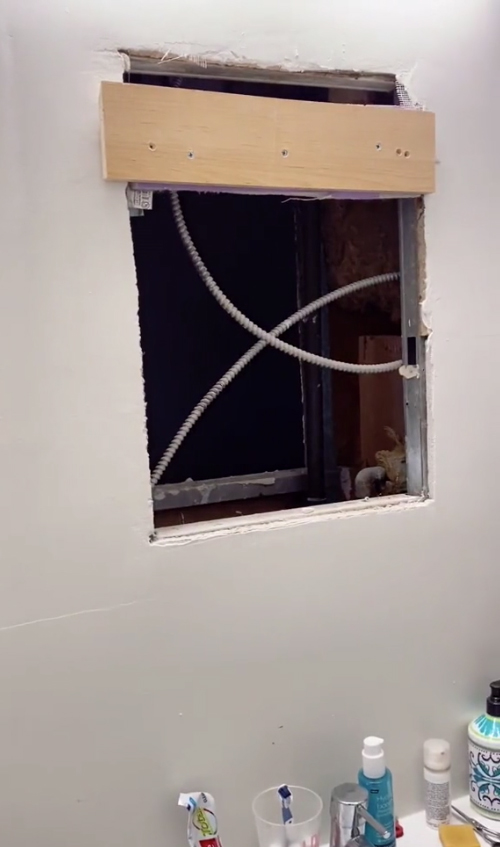 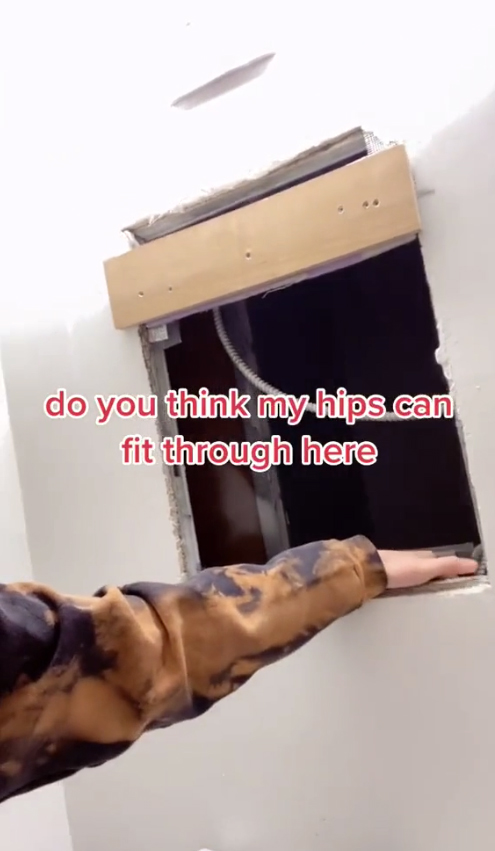 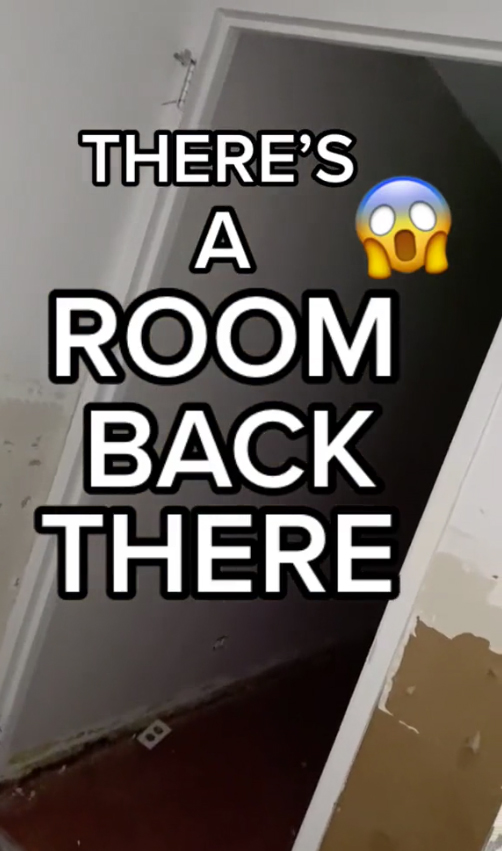 “There’s a room back there.”

In her second video, Samantha took her mirror away to show a dark and creepy-looking apartment lying behind a hole in the wall.

Her friend John can be heard nervously saying: “What if there is someone living in there right now?” 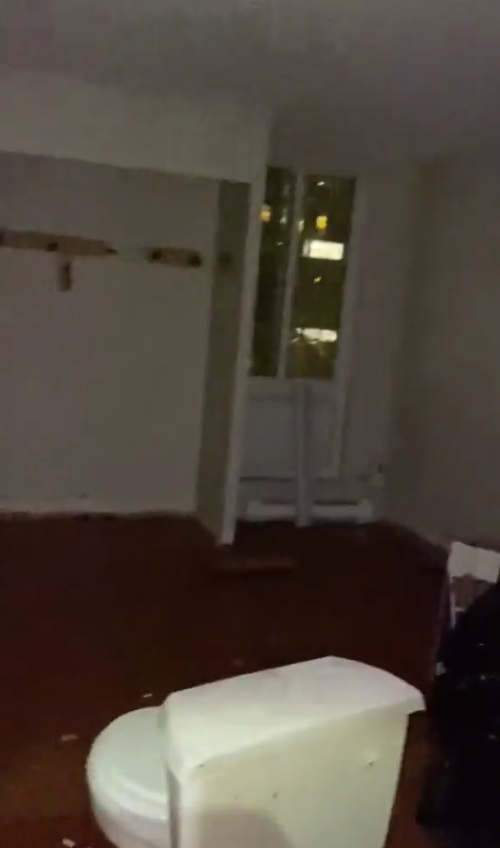 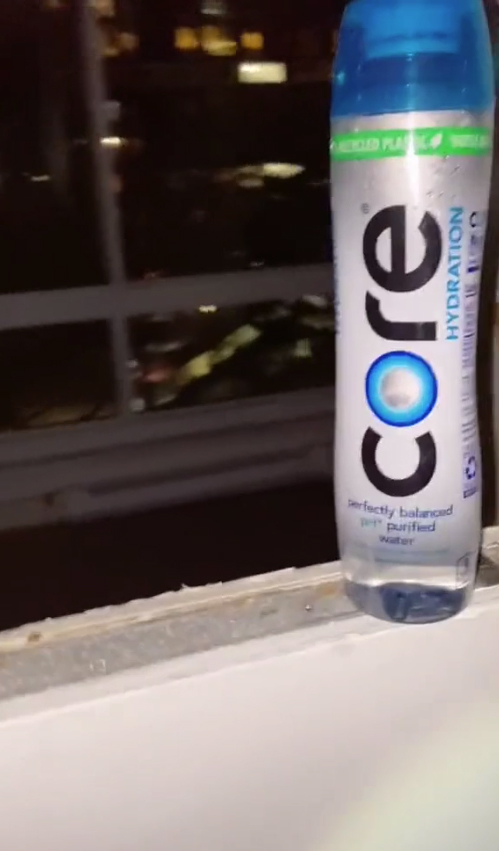 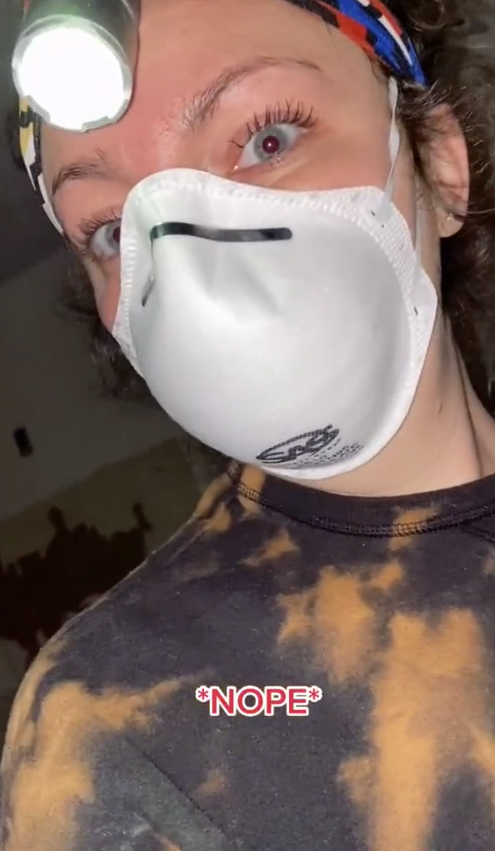 He then made a reference to the Oscar-winning thriller movie Parasite, where a man is discovered as having lived in a secret room in a wealthy family’s home for years.

Samantha then decides to be brave and heads through the hole to take a closer look.

Inside, she finds what appears to be an abandoned lounge with a discarded toilet and some rubbish bags on the floor.

Through the hole, John helpfully calls: “If you smell something dying.”

She also finds “signs of life” with a water bottle that has been left by the previous inhabitant or workman.

Samantha adds that the dark apartment, which she is exploring with a torch, is freezing. 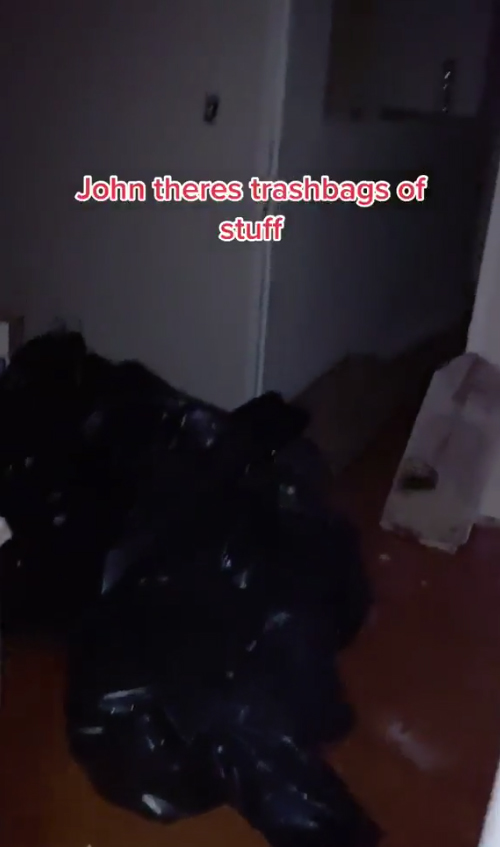 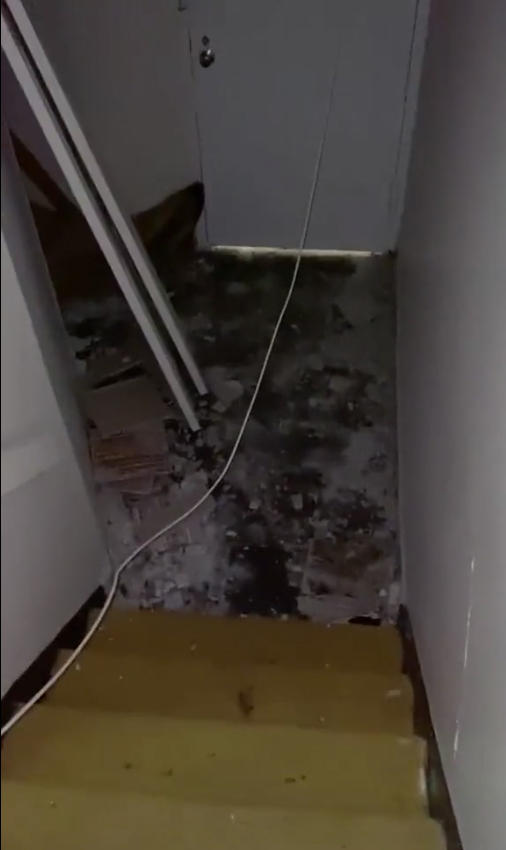 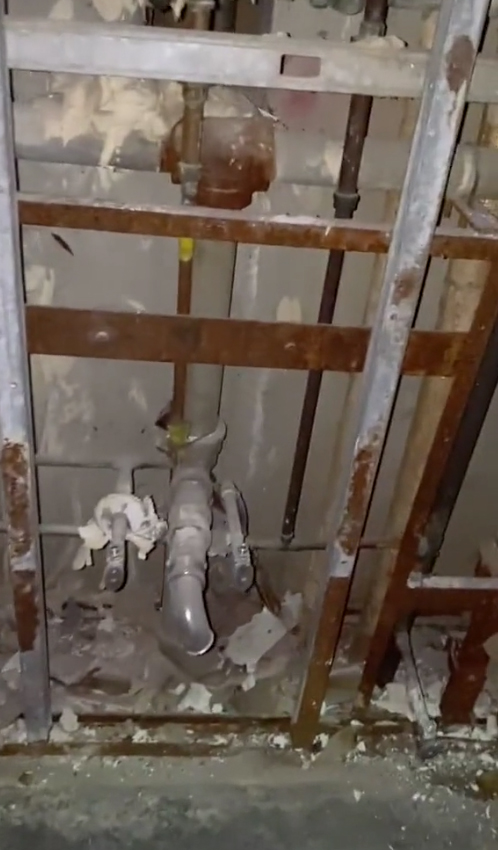 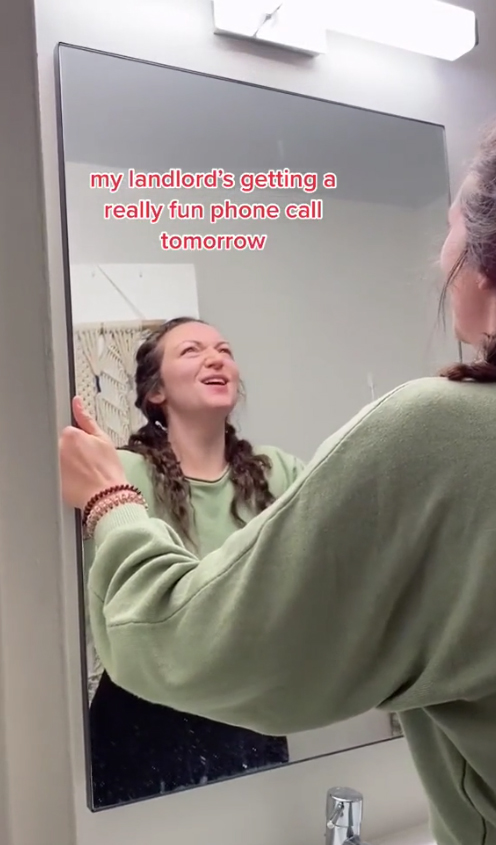 There’s even a creepy basement that looks filled with rubbish and in need of renovation.

Clearly done with her adventure, Samantha heads back to the comfort and safety of her own flat through the hole in the wall.

She finished her videos by saying: “Made it out alive. My landlord will be getting a fun phone call tomorrow.”

Her clips have racked up over a million likes, with one impressed person commenting: “This is the bravest woman I’ve ever seen.”

Another added: “That’s suspicious, especially the trash bags and water.”

A third wrote: “I’m still scared for you.”

Meanwhile, another homeowner finds room hidden behind a wall five YEARS after moving in and it’s ‘like a nightmare’.

And people are showing their best ‘secret rooms’ – from games nooks hidden behind bookshelves to entire POOLS.

Plus the Queen has many "secret rooms" in Buckingham Palace including an indoor pool and a cinema.