A WOMAN was left in tears after being publicly shamed by an Alaskan Airline flight attendant.

Sierra Stedman shared the ordeal in a series of TikTok videos, which have been viewed over 5 million times. 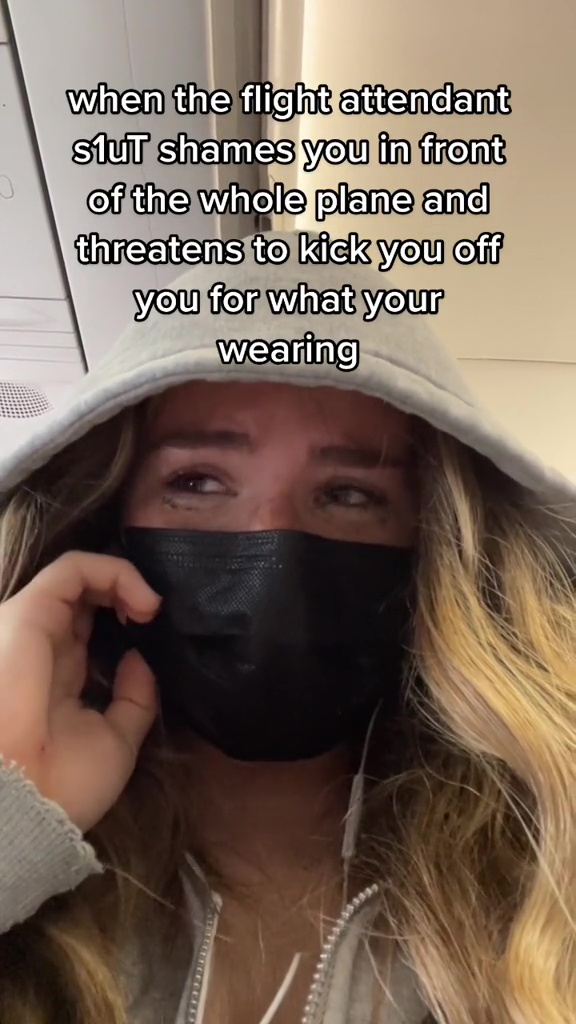 In a video which Sierra filmed right after the unpleasant experience, she can be seen uncontrollably crying and clearly shaken up.

In the video she writes: "When the flight attendant shames you in front of the whole plane and threatens to kick you off for what your wearing."

Sierra shows the outfit she was wearing on the flight which was a black crop top, grey hoodie and black shorts in a later video.

She says this happened after she had already agreed with the flight attendant to zip up her hoodie for the duration of the flight.

Sierra also said: "Outfit appropriation set aside, there was no reason to physically & verbally assault me & humiliate me especially when I complied with her request."

The Alaska Airlines official dresscode is on their website and reads, "The dress code is casual, and the requirement is simply a neat and well-groomed appearance. Clothing that is soiled or tattered and bare feet are never acceptable.

In a later video Sierra showed an apology her mother received from Alaska Airlines after filing a complaint.

“Alaska strives to provide exceptional service to our customers. From what you have shared, it is apparent that we have failed,” the text read. “You and your daughter should expect nothing less than to be treated with the utmost respect, compassion and care. It is truly disappointing to hear that you both did not feel that way during boarding and during the interactions with our flight attendant.

“We want to assure you that we take these matters very seriously and have shared your concern with our Inflight Management team that will conduct an internal investigation. Due to privacy concerns, we will not be able to disclose any findings, but can guarantee you that this will be reviewed,” they wrote.

“On behalf of Alaska, I’d like to sincerely apologize for Sierra’s experience with our Flight Attendant and apologize to you both for how this was handled.”

After recieving many messages telling Sierra she should have known there was a dress code, she responed in another video and said "I posted what I was wearing and i was wearing a crop top, with my shorts and a jacket over it.

"When I got onto the plane she immediatley stopped me before I even got to my seat and told me to zip up my jacket.

"I shock my head and started to zip up my jacket and then started to walk to my seat.

"That should have been the end of that but instead, she decided to grab my arm and pull me back to her to start yelling at me in front of everybody.

"I dont think there was anything wrong with anything I was wearing but if she wants me to zip up my jacket I will.

"So these comments can stop 'cause thats not where my problem is at, my problem is with how she acted after I complied with her request."

Many people have shown their support for Sierra online, one user said: "It's sad that y'all are even bothering to ask 'what were you wearing' THERE'S NO DRESSCODE FOR PLANES."

Another user wrote: "Dude literally every girl wears that, I'm sorry that this happened to you."

A third commented: "It covers everything, it's sweats and it's comfortable. What's the issue?" 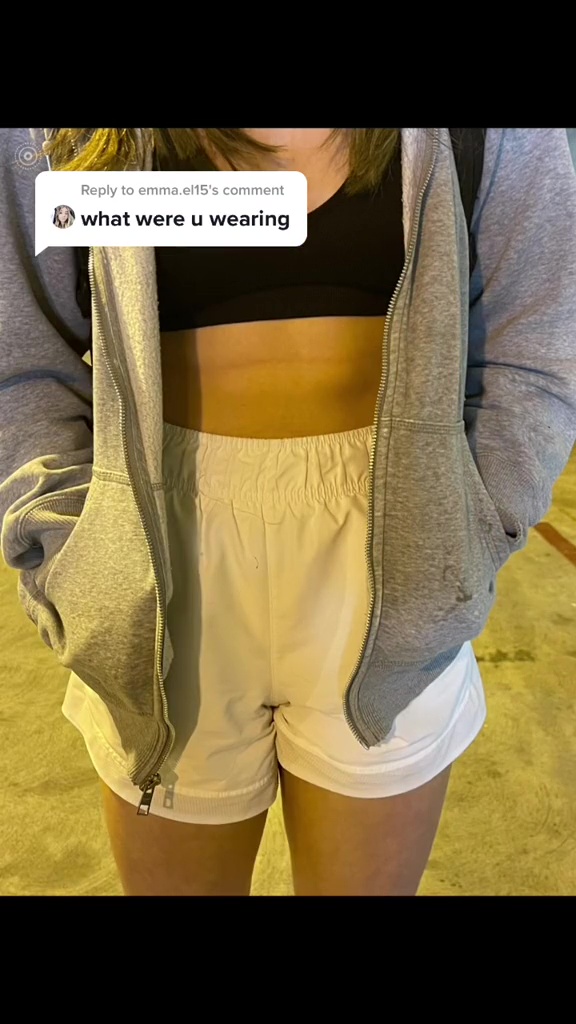 Plus the ‘humiliated’ mum ‘put on no-fly list & forced to fish through bin’ by flight attendant after chucking away dirty nappy.

And the woman who looks NINE months pregnant because of an overian cyst.

Meanwhile the mum shamed for being 'too skinny' trolls online say to 'eat a burger'.

Daily Chinese Horoscope Friday March 19: What your zodiac sign has in store for you today