A WOMAN bought a set of secondhand bedside tables and was absolutely stunned to find a note inside that was linked to her childhood.

The note, clearly written by a young child, had her home phone number from 15 years ago and her mother’s mobile phone number written on it. 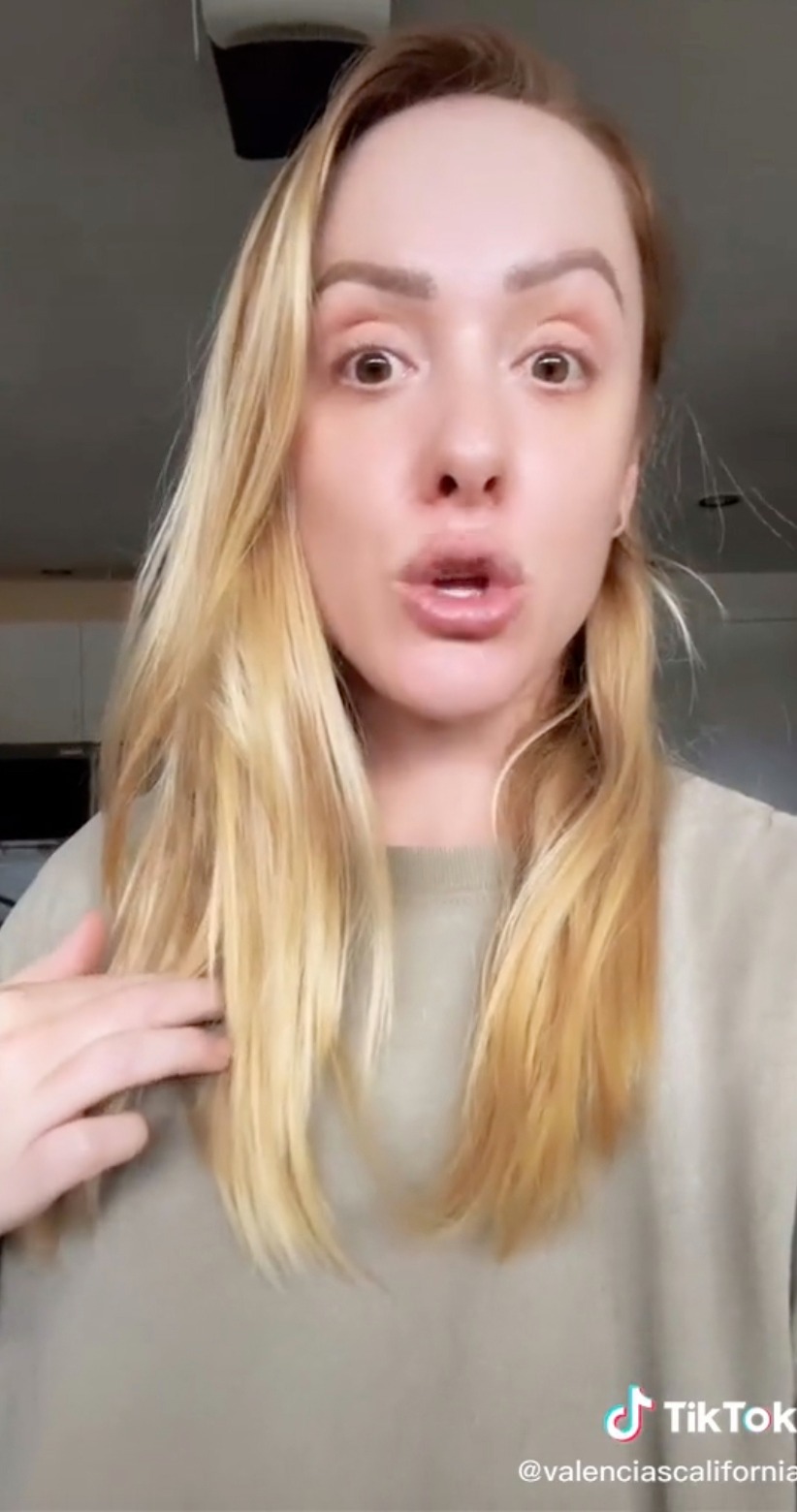 Tiktok user Valencia shared the clip with her followers, and commenters said it was “wild”.

She said: “The weirdest thing just happened, and I’m not making this up – I literally don’t care how many people comment and say: ‘Oh my God, this was staged.’

“My heart’s like a little trembly. This is really cool. 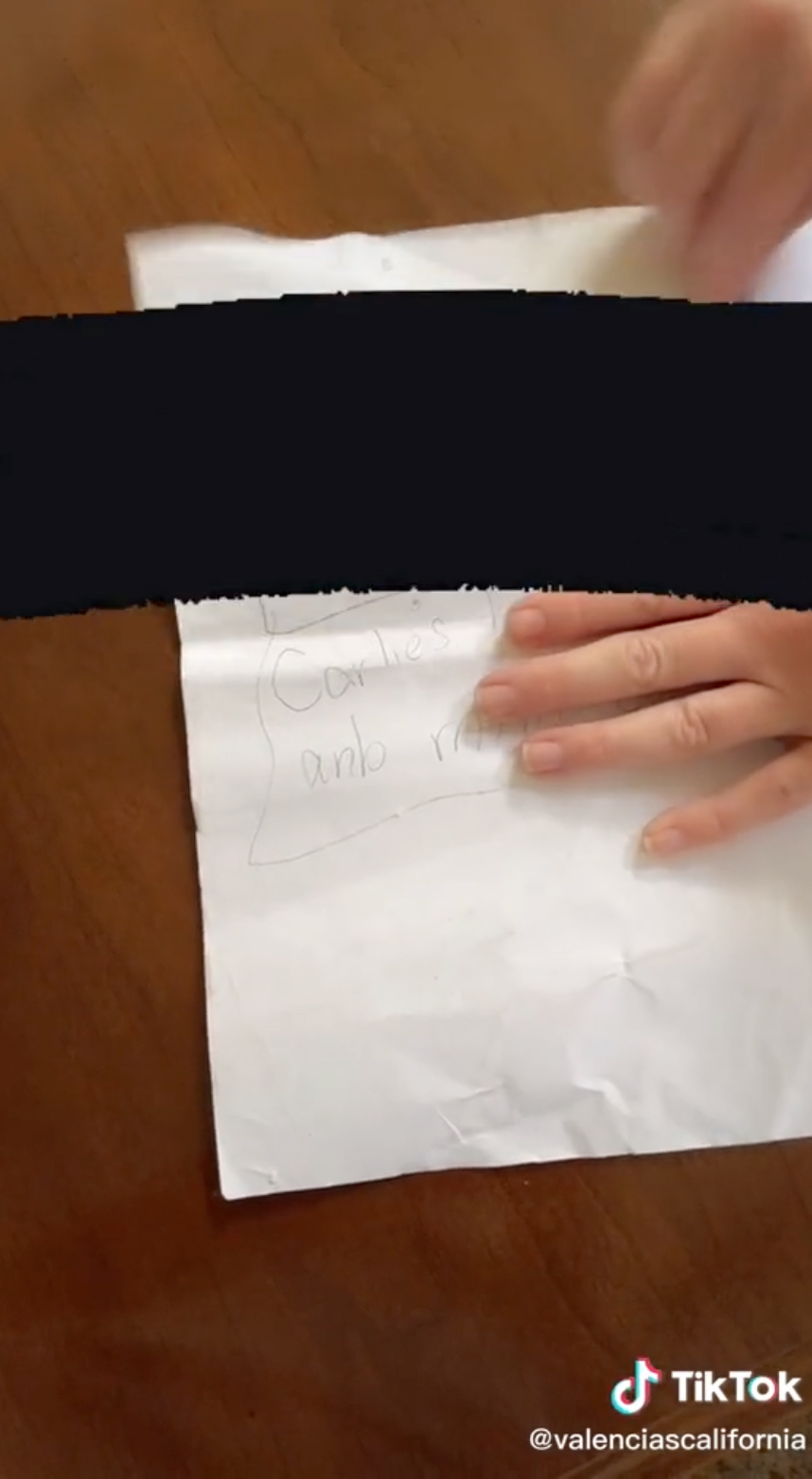 “I bought these nightstands at Goodwill today and I go through the drawers and empty stuff out and I find this little crumpled up paper.”

She then described the surprising note.

“My youngest sister’s name is Carly and that’s our home phone number.

“We have not had a home phone, probably like ten to 15 years. But what are the chances of that?” 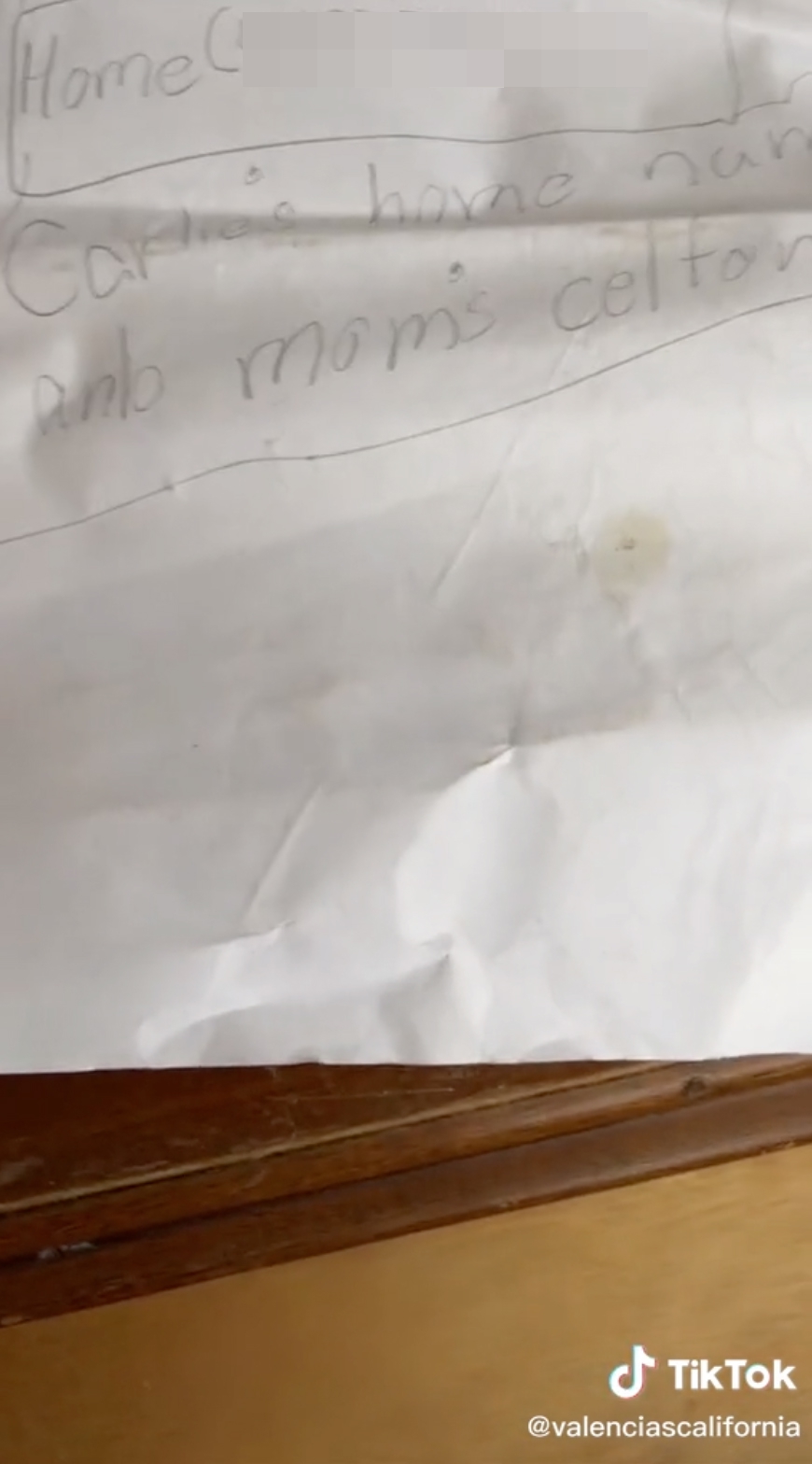 Valencia then found the girl who originally wrote the note on Facebook.

She said she went through all the papers she found in the bedside table, and eventually discovered the owner’s last name on another piece of paper and combined that with the little girl’s first name, which was written elsewhere.

While some commenters said that it’s not that crazy to find something owned by an old friend if you’re second-hand shopping in the area you grew up in, Valencia reminded her viewers that she lives in a city with a population of 3.3 million.

The clip has amassed over 300,000 views, and commenters were amazed by her discovery.

“Perfect example of what’s yours will always come back to you”, wrote one viewer, while another said: “This is wild!!”

A third commenter wrote: “That is so crazy but wonderful!”

For more real life stories, check out this mum who says she’s often mistaken for her son’s girlfriend or YOUNGER sister after £12k mummy makeover.

Plus, this bride was in tears as her mum stole the spotlight by trying on wedding dresses at her fitting on Say Yes To The Dress.

Previously, this woman was in hysterics over man’s ‘lazy’ attempt to Catfish her – but can YOU spot what’s wrong?

Lady Gaga Has Voting Outfits For Days, to No Surprise, and Now She Wants You to Share Yours