A WOMAN has revealed the genius way she stays warm in the winter whilst wearing sheer tights.

Elizabeth Fortmeyer, a model and influencer shared her clever hack on her TikTok account, where it has been viewed almost two million times. 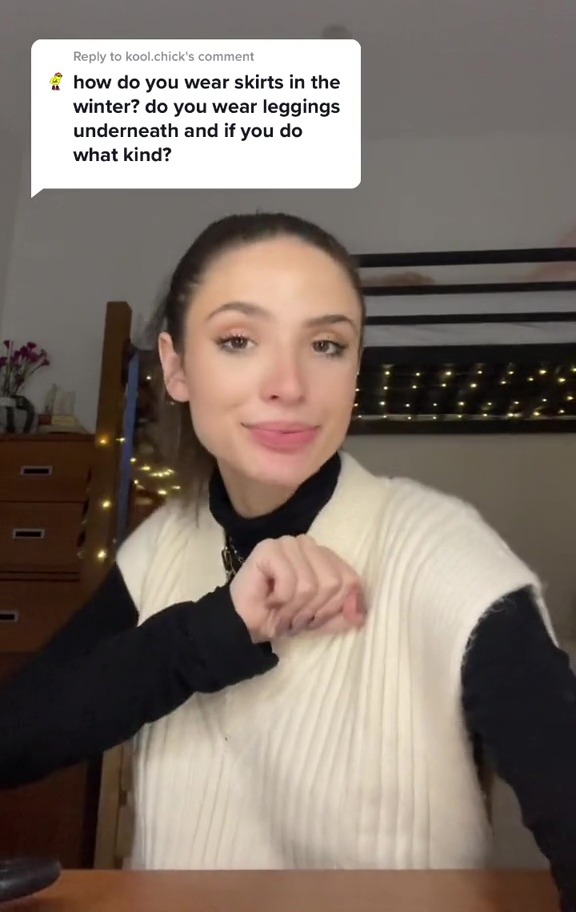 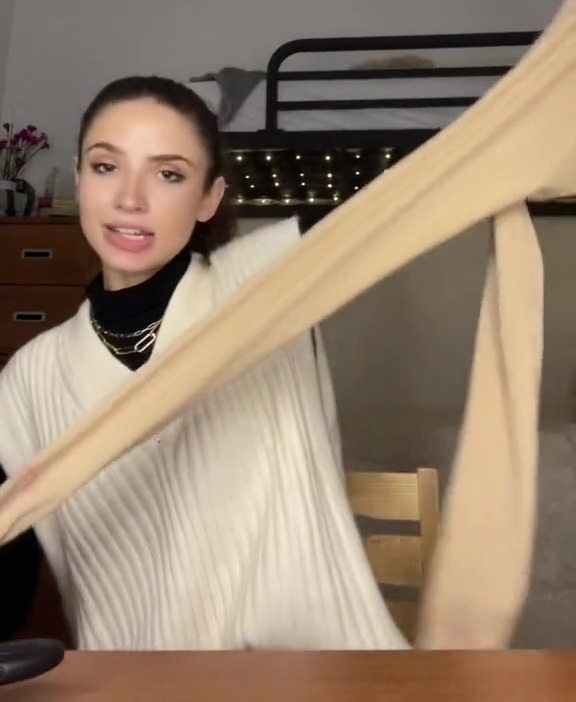 Responding to a comment saying; "How do you wear skirts in the winter? Do you wear leggings underneath and if so what type?"

Elizabeth breaks down how she manages to wear sheer tights, even in the middle of winter in New York City, where she lives.

Elizabeth said: "Okay, it is about to get cold so let's talk about tights."

She goes on to explain that she typically wears sheer tights as she prefers the way they look over opaque ones.

Elizabeth points out that sheer tights are not the warmest, and reveals to her followers what she does to wear them without being freezing cold.

She explains she wears a pair of beige coloured tights which have a fleece lining inside, similar to the black velvet leggings Primark fans love for the colder months.

She said she brought her pair from Amazon, and has linked in her TikTok bio to the exact ones she wears as well as others to match different skin tones.

She said it will work with any fleece-lined skin-coloured tights, she simply puts them on first and then puts her sheer black tights over the top.

She demonstrated in a picture how nobody would know you had an extra layer on underneath.

Users loved the hack, one wrote: "Girl you are saving lives I am always cold."

Another user commented: "The way this is so logical and yet I've never thought of this… GENIUS!" 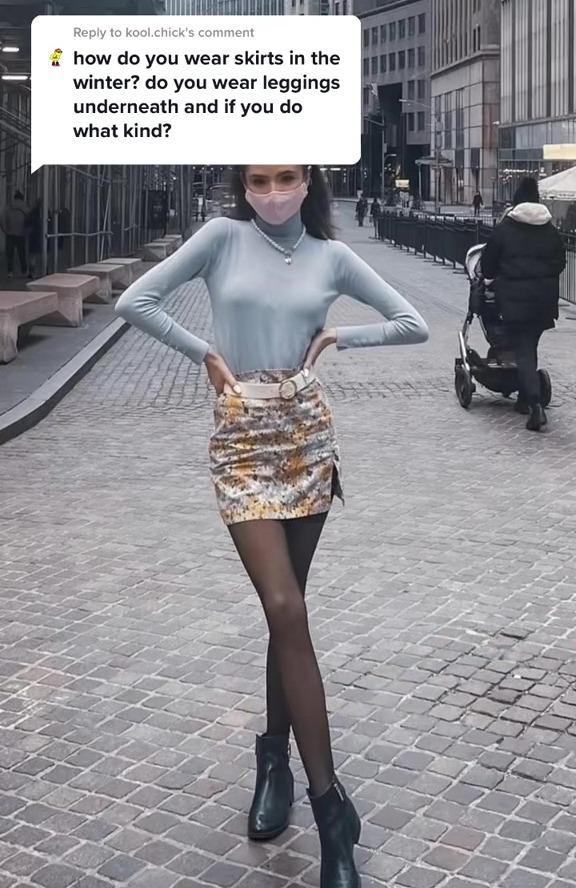 Plus, a teenage girl was left heartbroken by the cruel reaction of the internet commenting on her homecoming dress.

And, a size 8 model reveals how she was told she was too fat and her bosses wanted to see her bones.

Meanwhile, Zara has started selling fur crocs, fashion fans are obsessed but everyone is saying the same thing.

Lady Gaga Has Voting Outfits For Days, to No Surprise, and Now She Wants You to Share Yours

The New Cypress and Crofton Collection From Canada Goose Is Here