THIS woman noticed her shower was a bit clogged and decided to try to unblock the drain – but she couldn’t possibly have expected what was lurking in her pipes.

In the video, Tiktok user @sofresh.so.clean explains how she wound up with a tar-like substance all over her shower. 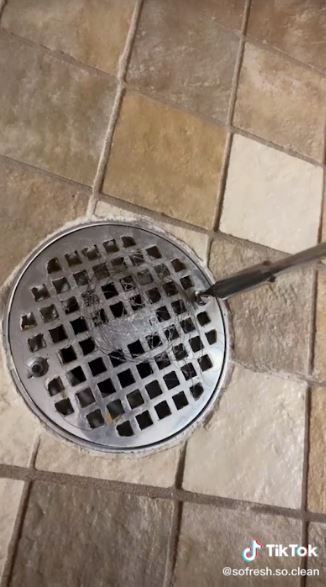 She explains: “My boyfriend and I noticed a clog last night, so I figured I’d go ahead and take care of it while he was at work.

“I unscrewed the top plate and it was nasty, you guys.”

Assuming it was a straightforward blocked drain, the woman used the classic combination of baking soda and white vinegar to try to clear the blockage.

But, she says, “the fizz actually didn’t go down”. 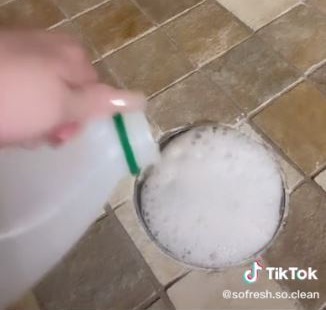 At this stage, she gets a whole array of tools involved in the process.

“I had to go at it with a screwdriver and then a back-scratcher, and then tongs”, she says.

But it wasn’t just hair that was inside the drain, it was “sludge”.

After going at the drain with her back scratcher, the Tiktok user pours more vinegar into the drain and the results are terrifying.

She explains: “Oh my god, finally I poured more vinegar in and it was just like black tar.

“The only way I could get it to go down was with a plunger.” 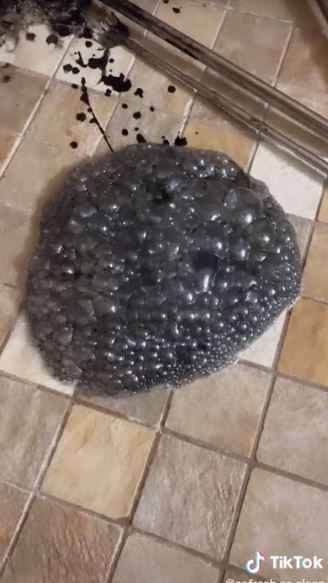 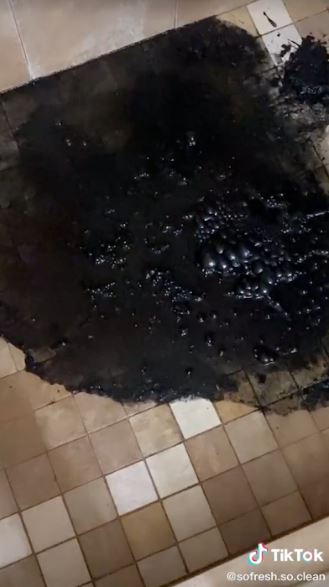 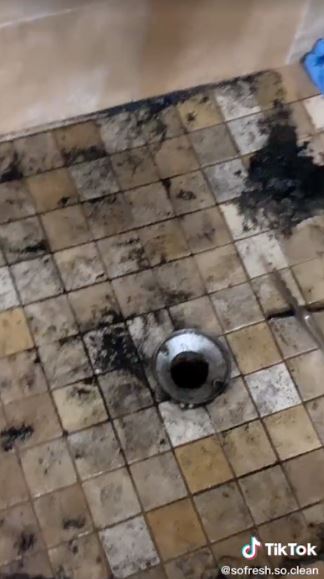 The video has amassed 2.6 million views, and commenters were in disbelief.

“That black was completely unexpected omfg”, wrote one stunned commenter, while another said: “MY MOUTH DROPPED WHEN YOU SHOWED THE BLACK STUFF OMG.”

“That black stuff scared me”, wrote another.

Lots of viewers thought the explosion of black sludge looked like something from a horror movie.

“You just did an exorcism on your drain”, joked one commenter, and another said: “Nah baby, that’s The Grudge.”

Many were concerned that the Tiktok user wasn’t using gloves in the video.

The Tiktok user replied saying that she had put on gloves after she tried the screwdriver, but she initially hadn’t been prepared for how bad the drain would be.

In other cleaning news, cleaning fanatics are FREEZING washing up liquid & reckon it’s secret to getting dishes with baked-on grime gleaming.

Meanwhile, one mum has revealed how to get sweat stains out of white clothes using just one ingredient.

Plus, here's why a lemon is the secret to all your kitchen cleaning problems and it'll leave it smelling amazing too.