DESPITE lockdown causing us to remain indoors, those lucky enough to have a garden have been utilising the space and enjoying the warmer weather.

But the down time as also allowed the time to spruce up some areas of the home which are otherwise boring or dull, resulting in many fine tuning their outdoor areas and making them amazing. 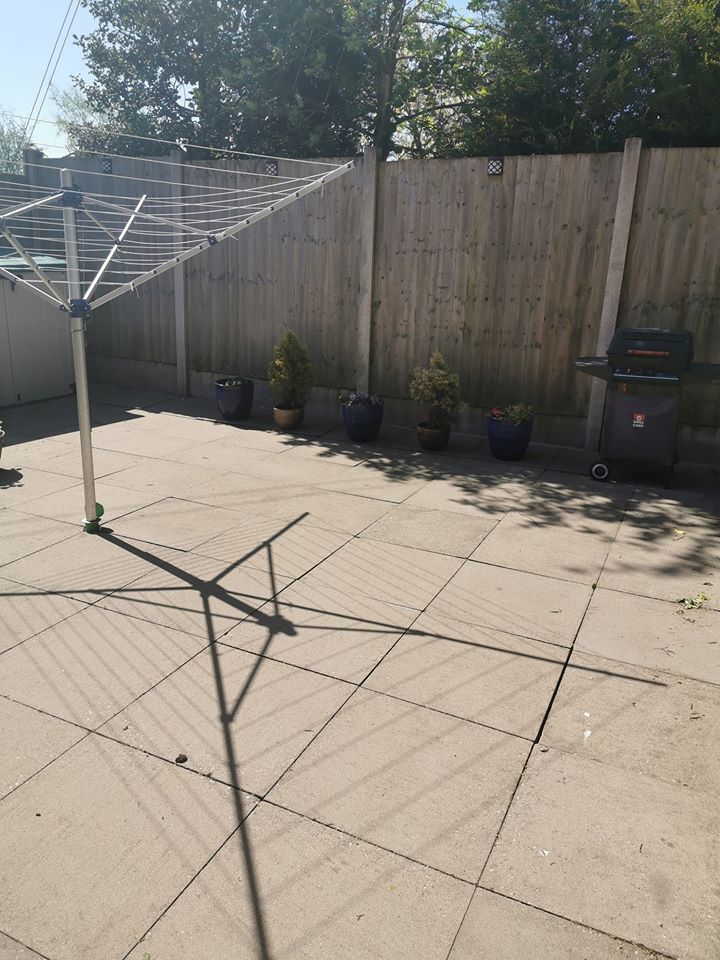 One DIY fan, whose yard consisted of concrete slabs and a clothes line,  was desperate to jazz up her "boring yard".

In an effort to keep the cost down, the woman decided to paint the concrete rather than replacing it altogether.

Armed with both black and white paint and a cheap stencil template, she was able to create a a stunning space which instantly made her yard more inviting.

She completed the look by adding a couple of luxurious rattan chairs and some accompanying pieces to fill the space – and it looks incredible. 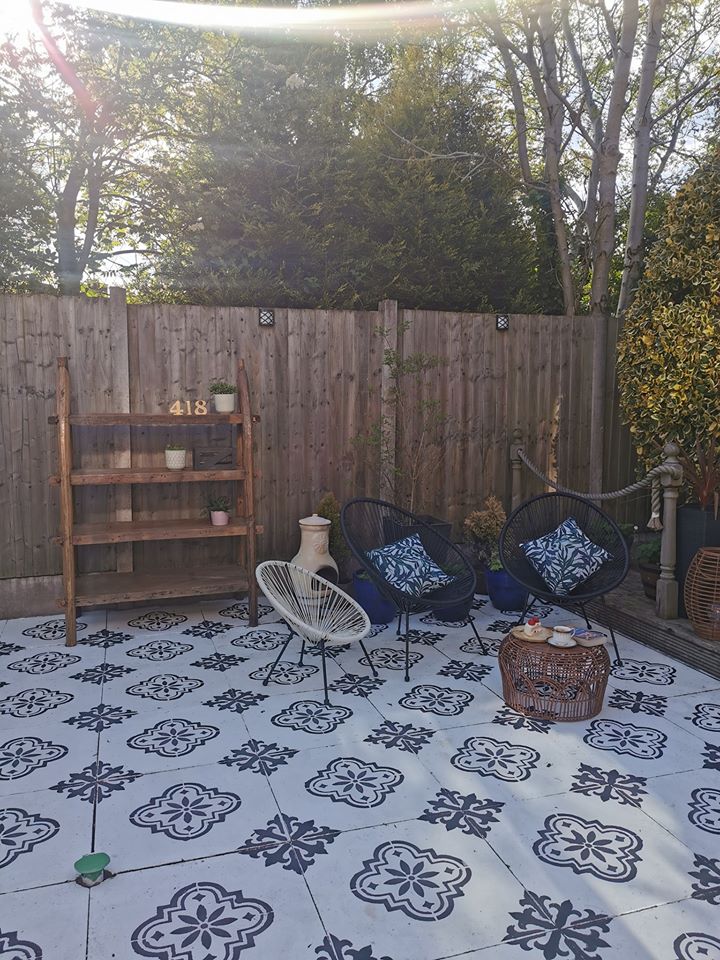 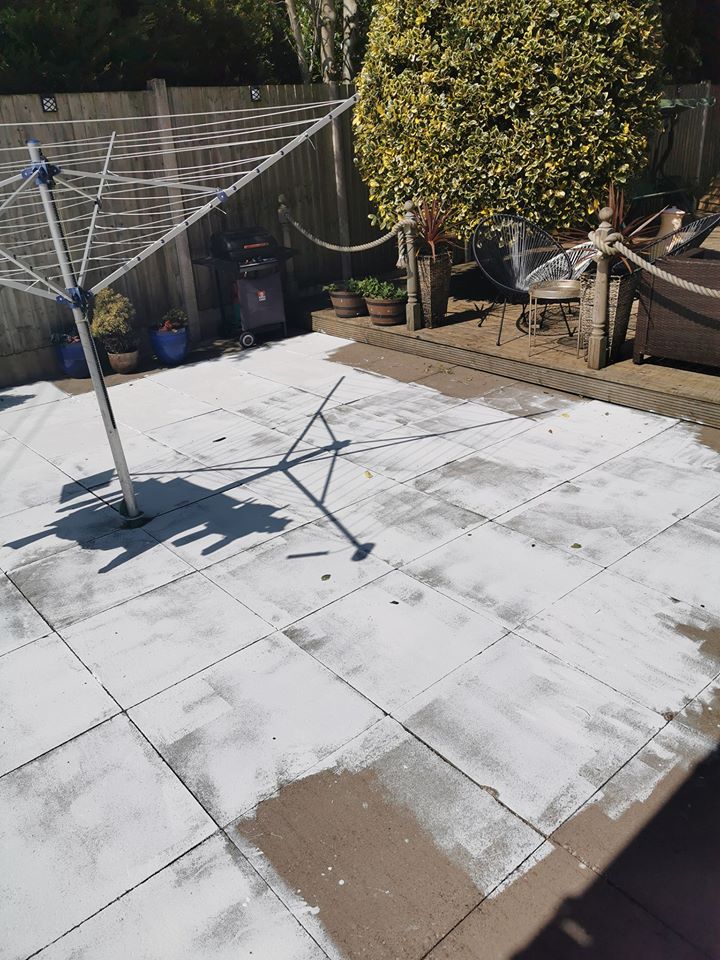 She shared snaps in the Gardening On A Budget Official Facebook page, and wrote: "Our backyard was a bit boring and we couldn't decide what we were going to do with them. Until I found some ideas on Pinterest about stencil slabs.

The design proved popular with many and after an influx of requests the woman revealed she'd used Dulux Weather shield for white base and Masonry paint purchased in B&M to use over the stencil.

Some were concerned about it's durability when using a jet wash on the area, but while she admitted to not having tried yet, she did say it endured some heavy rain. 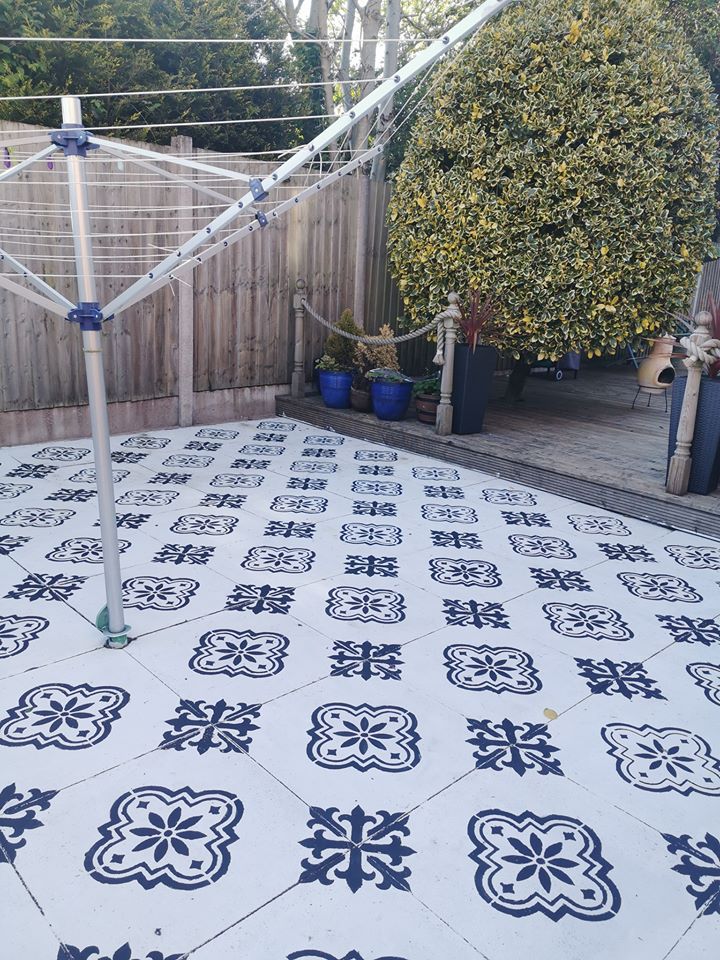 "That looks so lovely," one person said.

While another said: " Wow what a transformation. Looks fab."

While many more described it as "beautiful" and "stunning"

Similar stencils can be picked up from various home ware stores, with eBay and Amazon selling them too.In other DIY related news, a woman transformed her ‘boring’ kitchen into a stunning pink paradise and it only just her £20.

And we showed how a woman transformed her drab staircase with stylish wood panelling and the whole look only cost her £30.Plus a woman created an amazing feature wall for a tenner using sticky back plastic and a mirror she made for £1.