A BISCOFF burger has proved a surprise summer hit.

Traditional beef patties and gooey cheese sit in a brioche bun smushed with lashings of Biscoff spread, topped off with a Lotus biscuit. 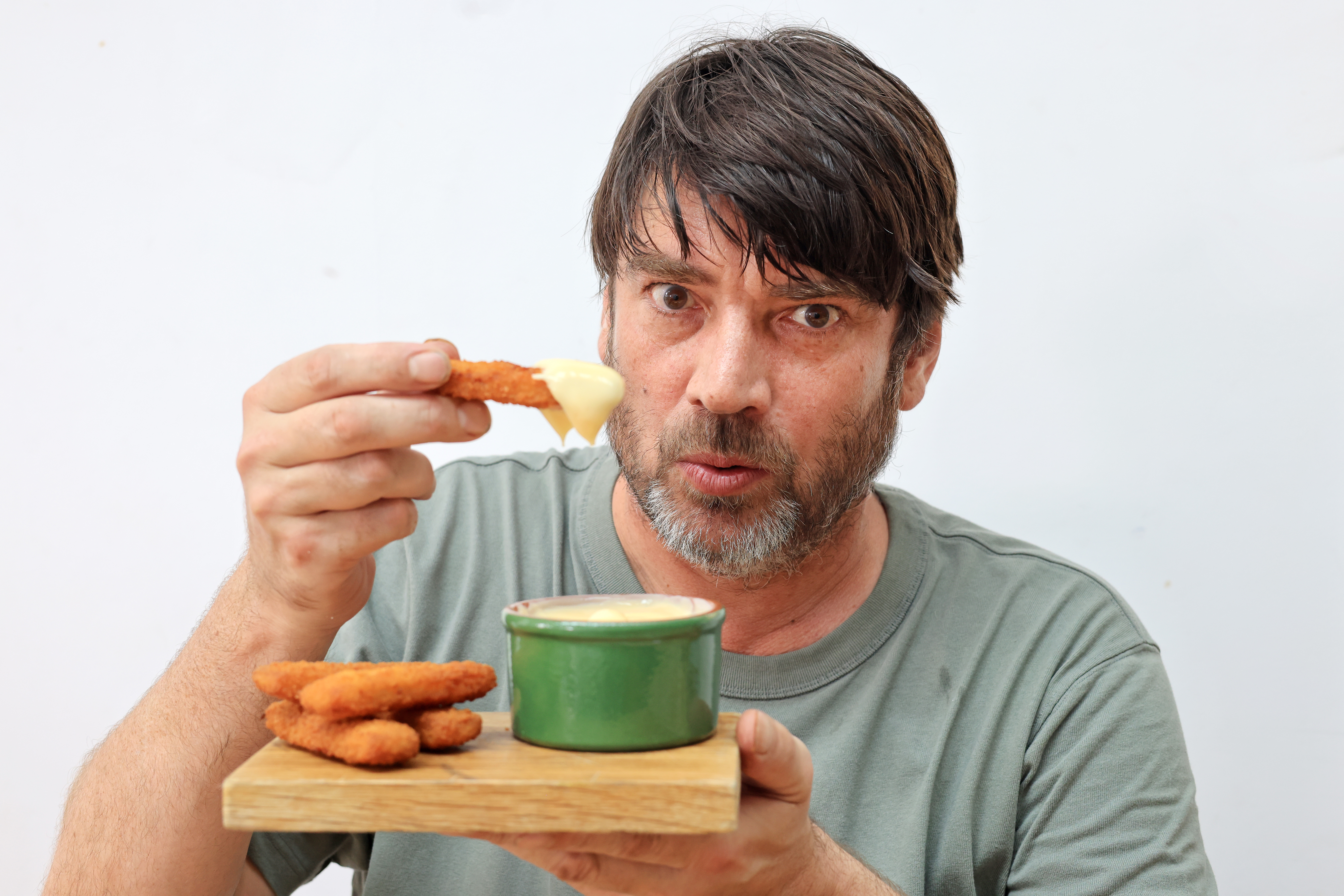 But the whacky concoction has proved so popular since being launched at Sweet Diner, a Manchester eatery that specialises in sweet and savoury combin­ations, that the August-only special will now be served up throughout September too.

Meanwhile, The Sun reported yesterday that Brits love creating their own condiments by mixing others together – with the top fave being mustard and mayonnaise.

And why stop there?

Creating unusual flavour combinations is one of the best ways to have fun in the kitchen.

THIS may sound frightening but it’s about the most flavoursome mouthful I’ve ever tasted.

Think of it as the British answer to the classic American combination of a burger and milkshake – another great example of sweet and savoury working in harmony. 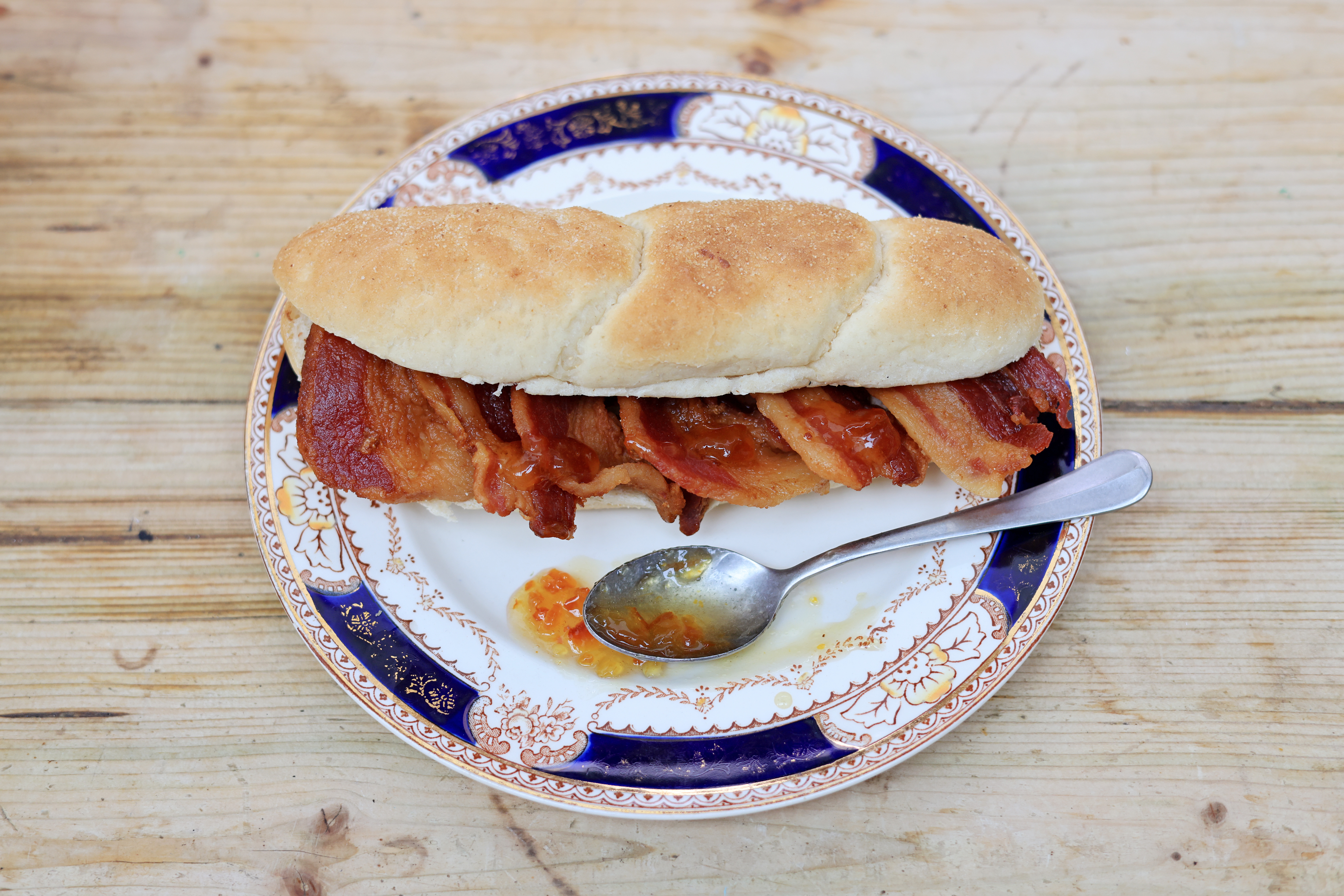 You’ve got salt and oiliness in abundance, plus the edgy bitterness of the orange peel.

BACK in the day, when Matt Smith was doctorin’ The Tardis, this was the Time Lord’s favourite snack.

It’s about the most out-there suggestion I’ve ever heard, but custard is really just a sweet hollandaise, which goes so well with poached salmon. 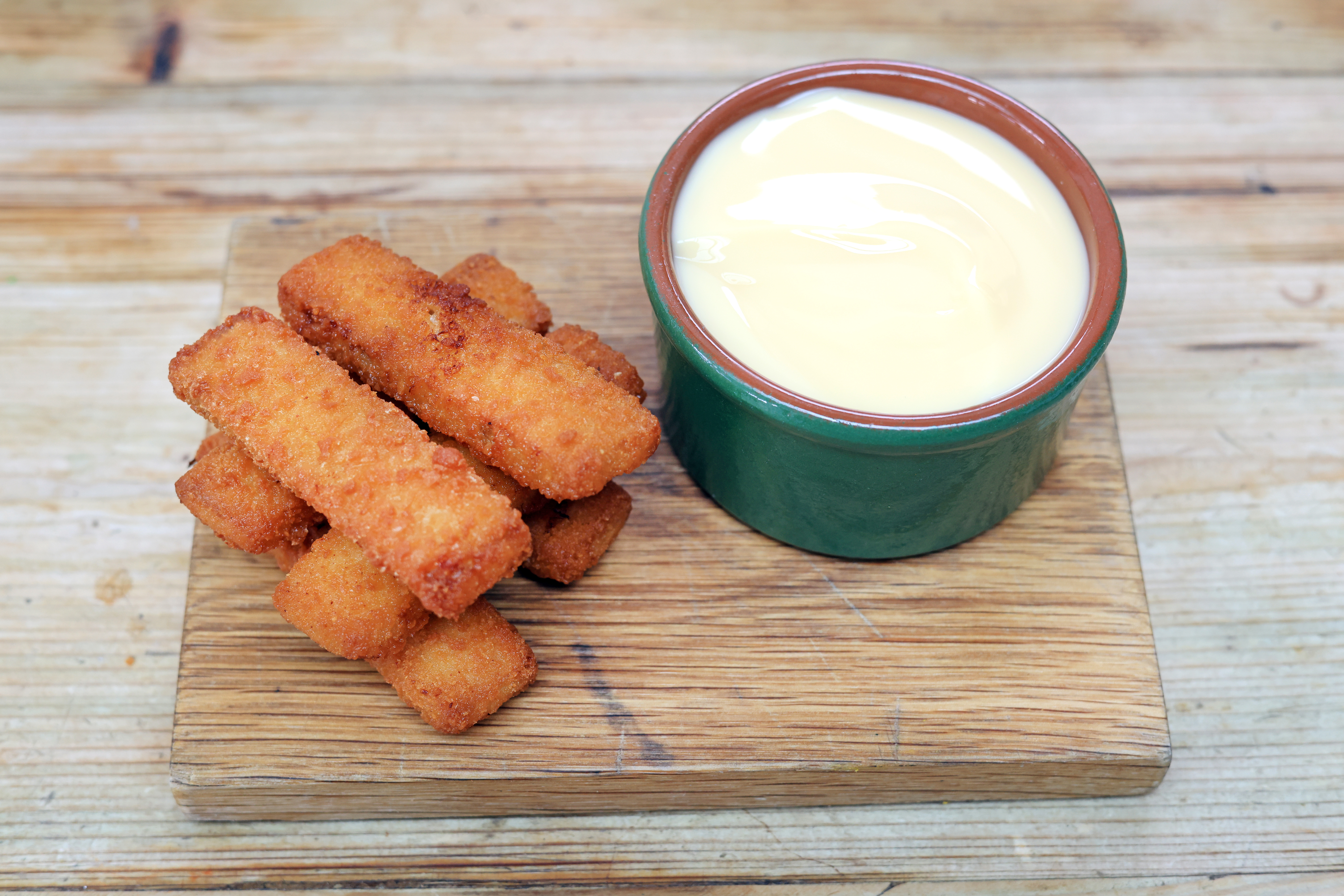 In skilled hands, this could fly. But the Birds Eye/Ambrosia combo I tried was an, ahem, acquired taste.

If you want to bling up your fish finger sarnies, I’d stick with mushy peas.

IF you’re feeling bold, mixing together all your half-empty jars of jam, fruit jelly and condiments (horseradish, chilli jam, mustard and so on) is pretty much guaranteed to make a good marinade for ribs – and it de-clutters the fridge, too.

Bottled sauces are a veritable goldmine for simple culinary experiments. 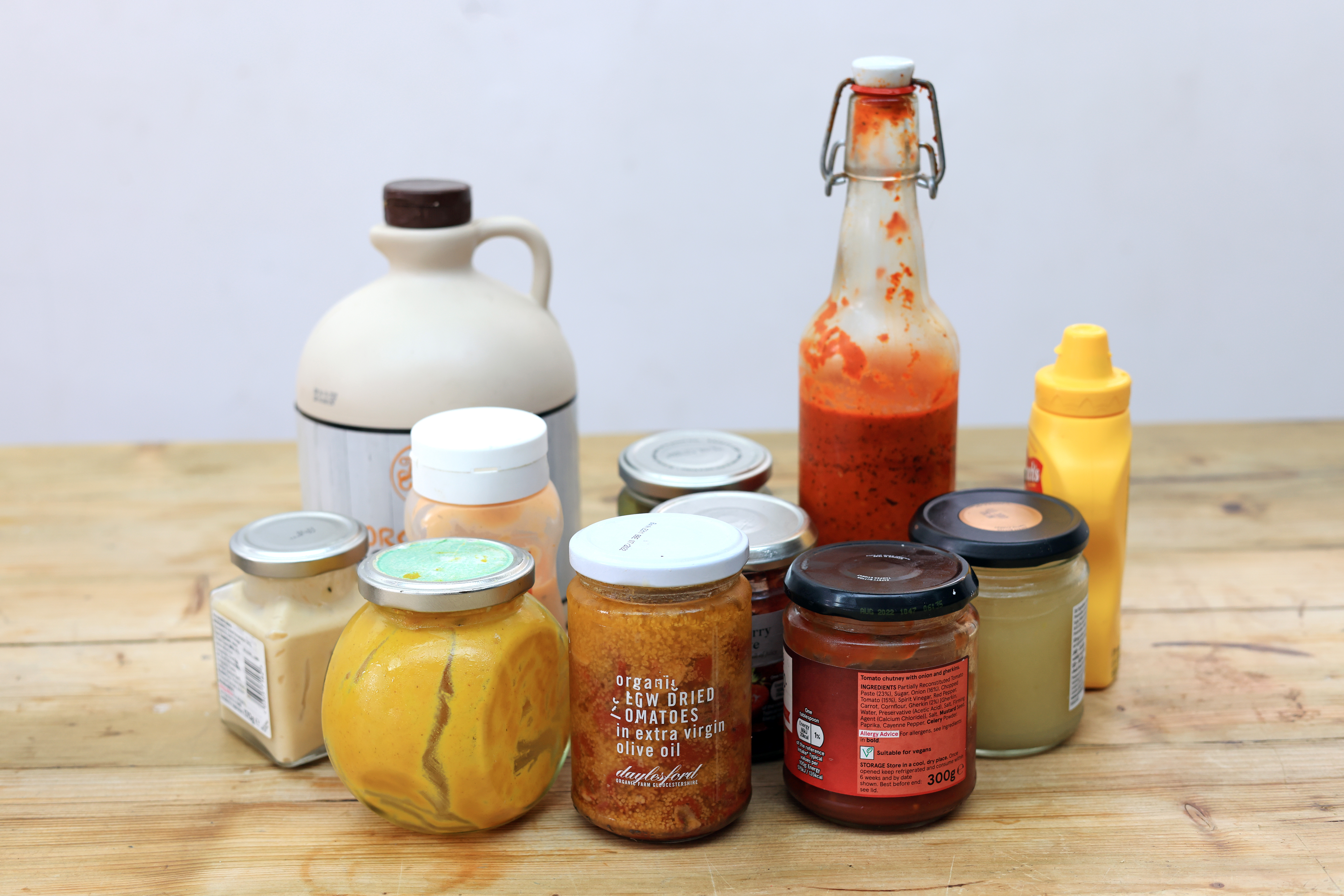 Mayonnaise and mustard is my go-to, while Marie Rose sauce, the key to a good prawn cocktail, is simply ketchup and mayonnaise.

Camembert and jam on bread

AFTER school one day on a French exchange trip, my exchange partner and I were starving.

He smashed an entire Camembert on to a fresh baguette then slavered it in a whole jar of blackcurrant jam – I was deeply shocked, but it was life changing. 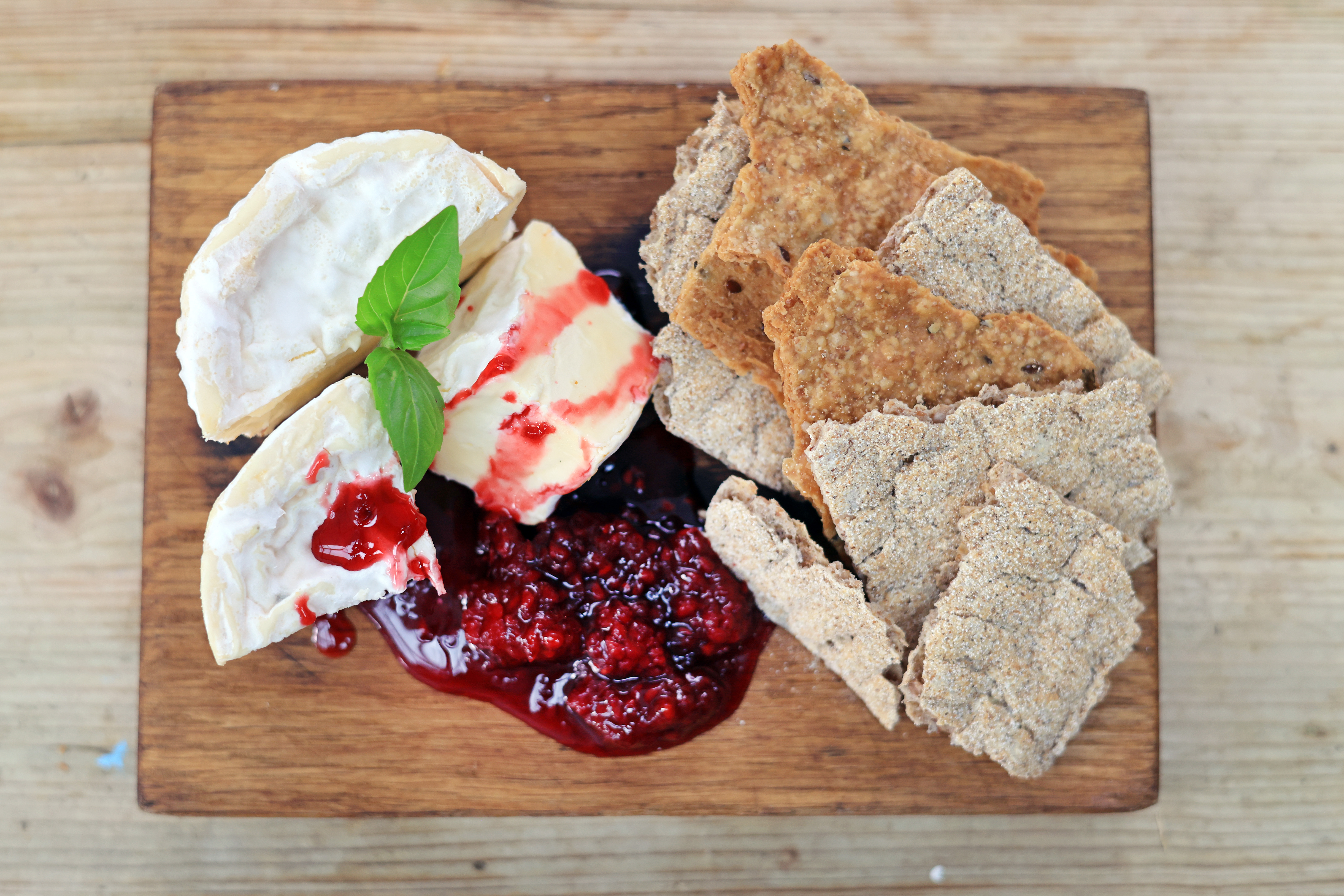 It was so delicious, I went on to study French at university and later became a cheesemaker.

Cheese can take some surprising accompaniments – blue cheese, for example, is fabulous with honey. 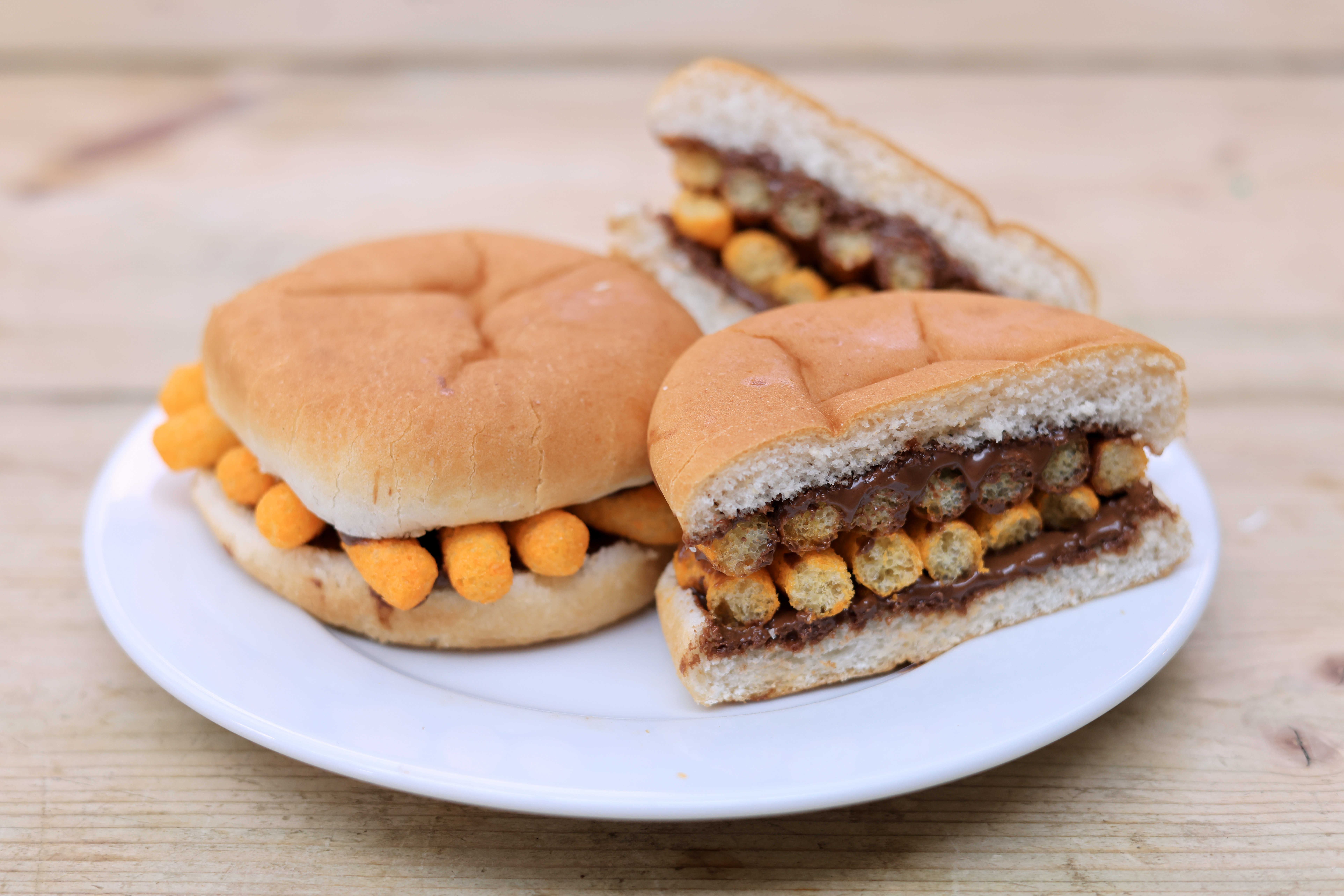 But chocolate, cheese and crisps is a pile-up that may prove too much for most, I fear.

I do have a friend who swears by this, though.

Nutella on both slices of bread, he says, then layer in the Wotsits for some crunchy punchy cheese action.

I was nervous, but astonishingly this was really nice.

I will certainly eat it again.

ITALIANS get rather cross about us putting pineapple on pizzas – but it’s always a big hit in my house.

Fruit and cheese is one of the greatest food partnerships, so why stop at pineapple? 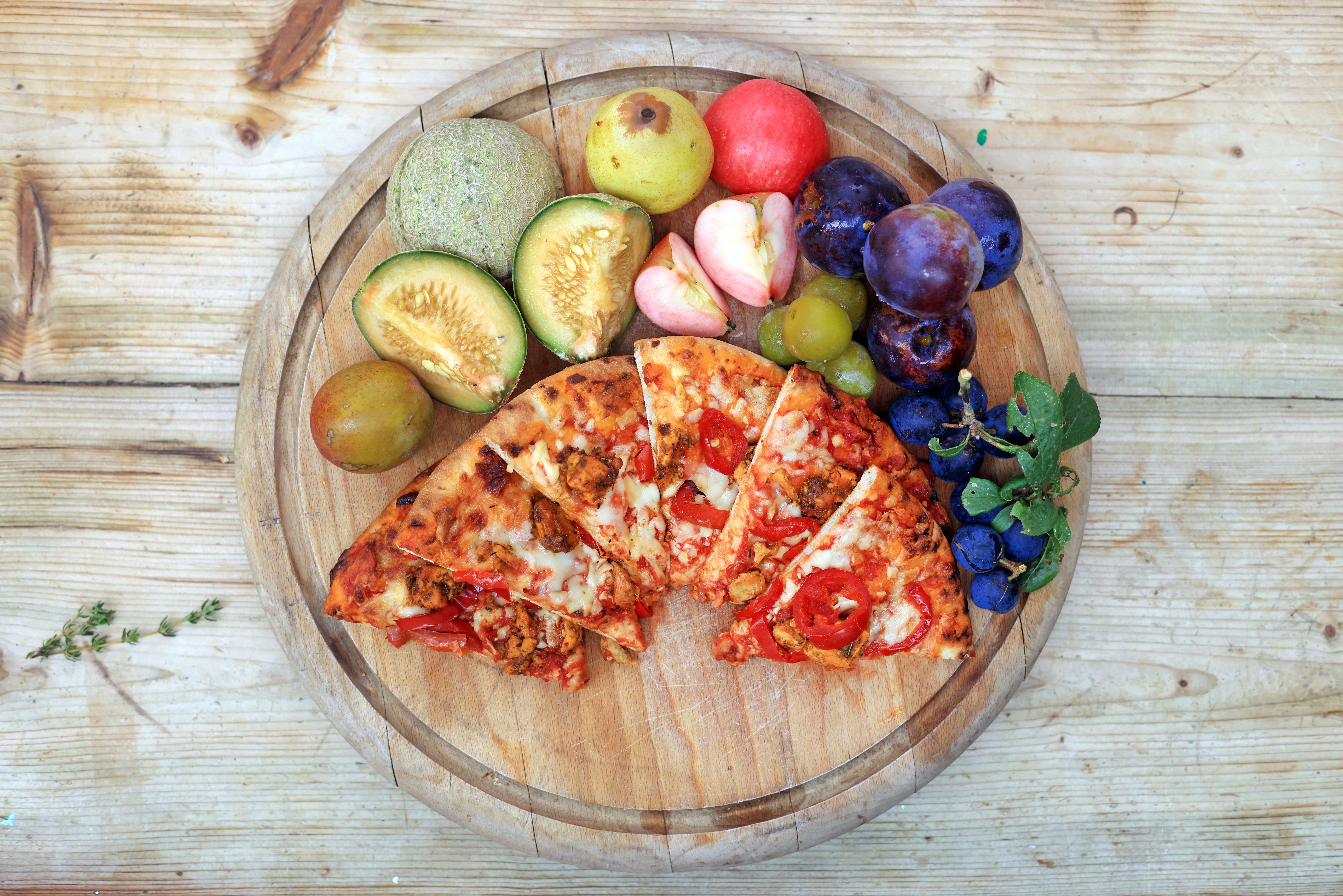 Apples and pears are coming into season at the moment – you can add them either before or after cooking your pizza.

You could also try figs, as they have a bold flavour that pairs well with strong, pungeant cheeses.

THIS is worth including because although we take it for granted, it’s actually quite odd.

Indeed, our love for milky tea completely baffles many Americans and Europeans. 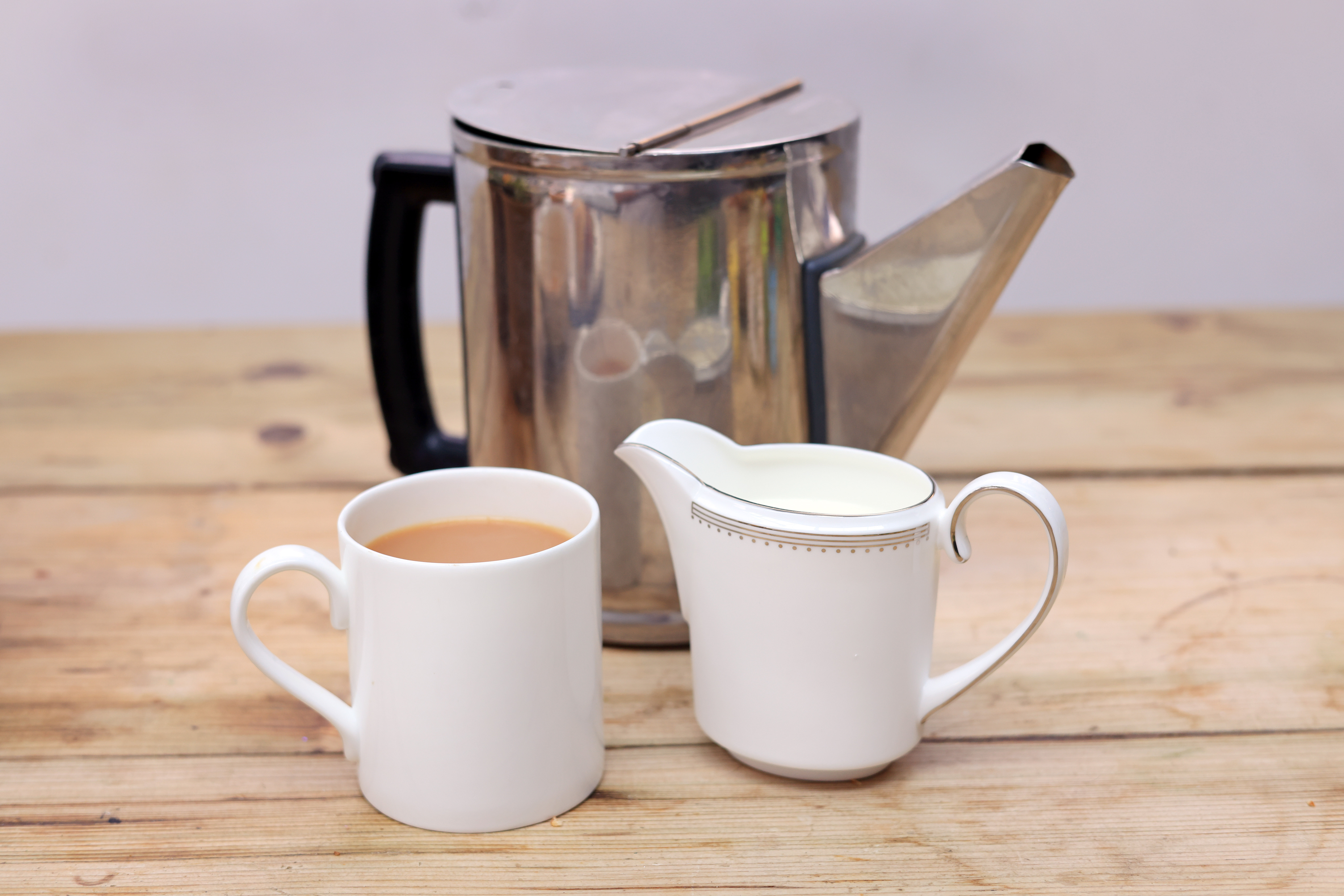 Of the six different tastes our tongues can detect, bitterness – the key flavour component in tea – is the hardest to acquire a liking for.

Adding a dairy product to a bitter herbal infusion should make it even weirder, but as we all know – nothing hits the spot quite like it.

SALTY caramel, the combination of primary sweet and salt flavours, has been a combination hit over the past few Christmases.

I always found something spine-tingling about mixing my Maltesers with my salty popcorn in the dark at the cinema. 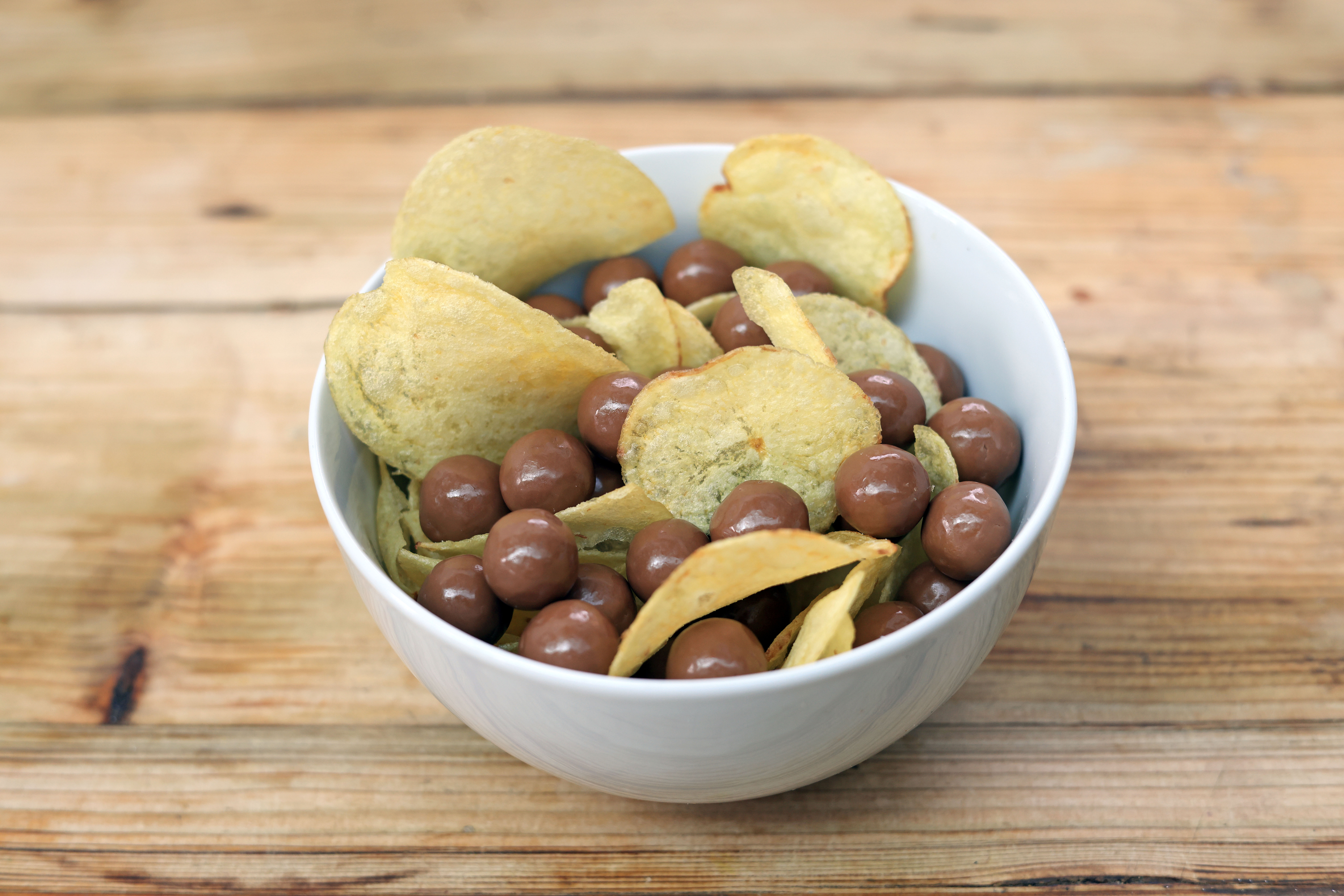 If you’re watching a film at home and can’t be bothered to make popcorn, the chocolatey spheres also go very well in a bag of ready salted crisps.

But don’t forget to turn the lights out.

AMERICANS are the undisputed world champions of stacking up ingredients

If you’ve ever tried to order a sandwich in a deli in the States or even a Subway here, you’ll appreciate that. 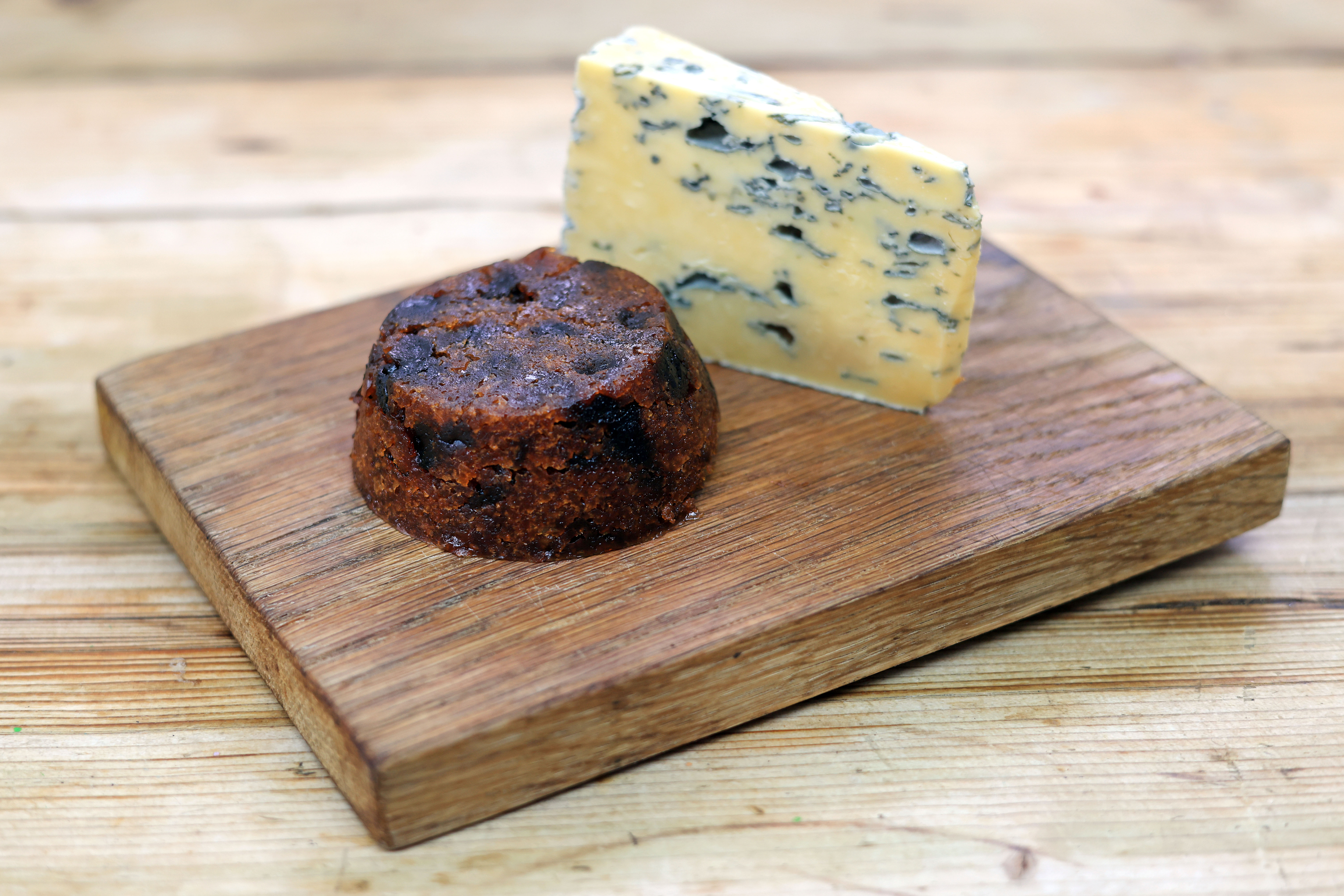 My favourite US combination is apple pie and cheese.

“Apple pie without a slice of cheese is like a kiss without a squeeze,” as they say.

Wensleydale is wonderful with crumble and blue cheese a fine partner for a Christmas pudding.

Zappos Now Lets Shoppers Buy Single and Mixed-Size Shoes, So Everyone Can Find the Right Fit