DOING the dishes is time consuming and never very enjoyable.

When faced with a sink full of dirty dishes, most of us turn to the handy dishwasher to help us out. 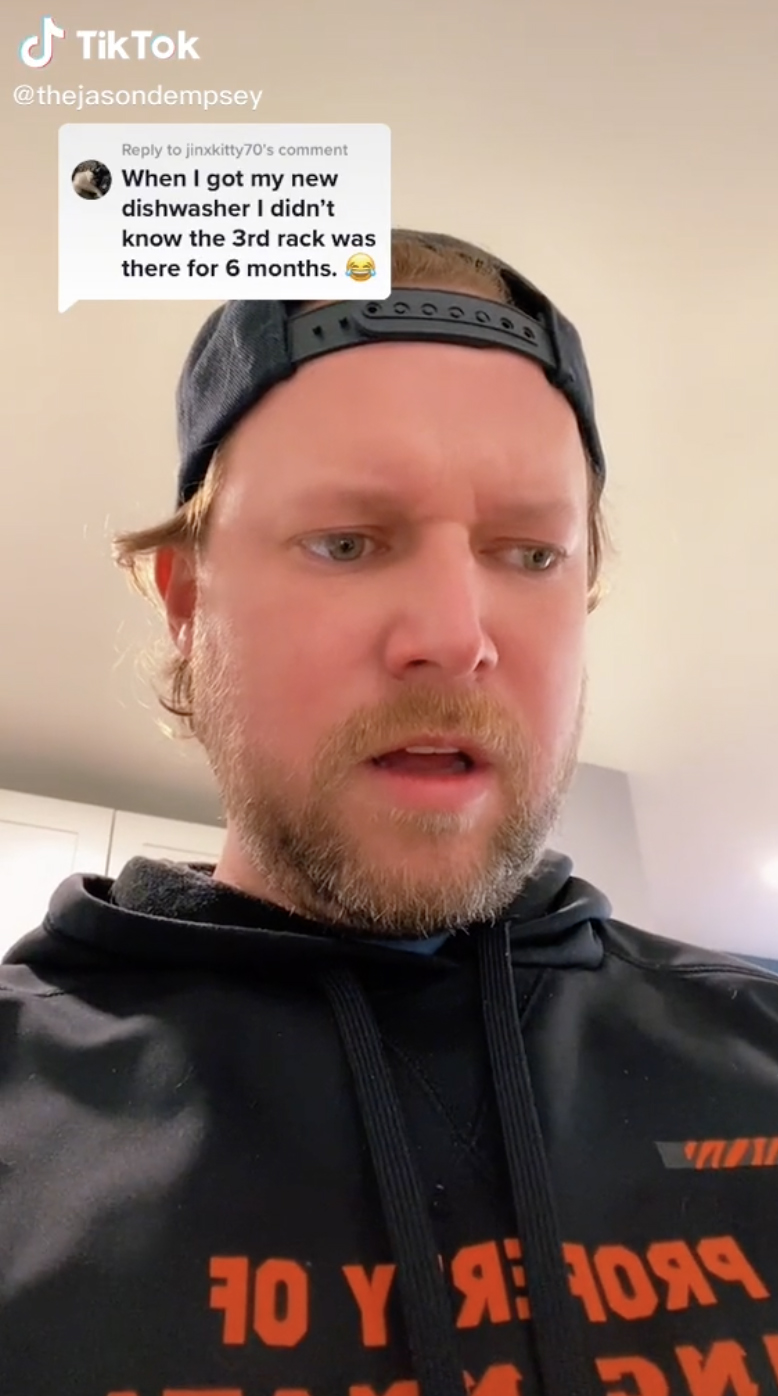 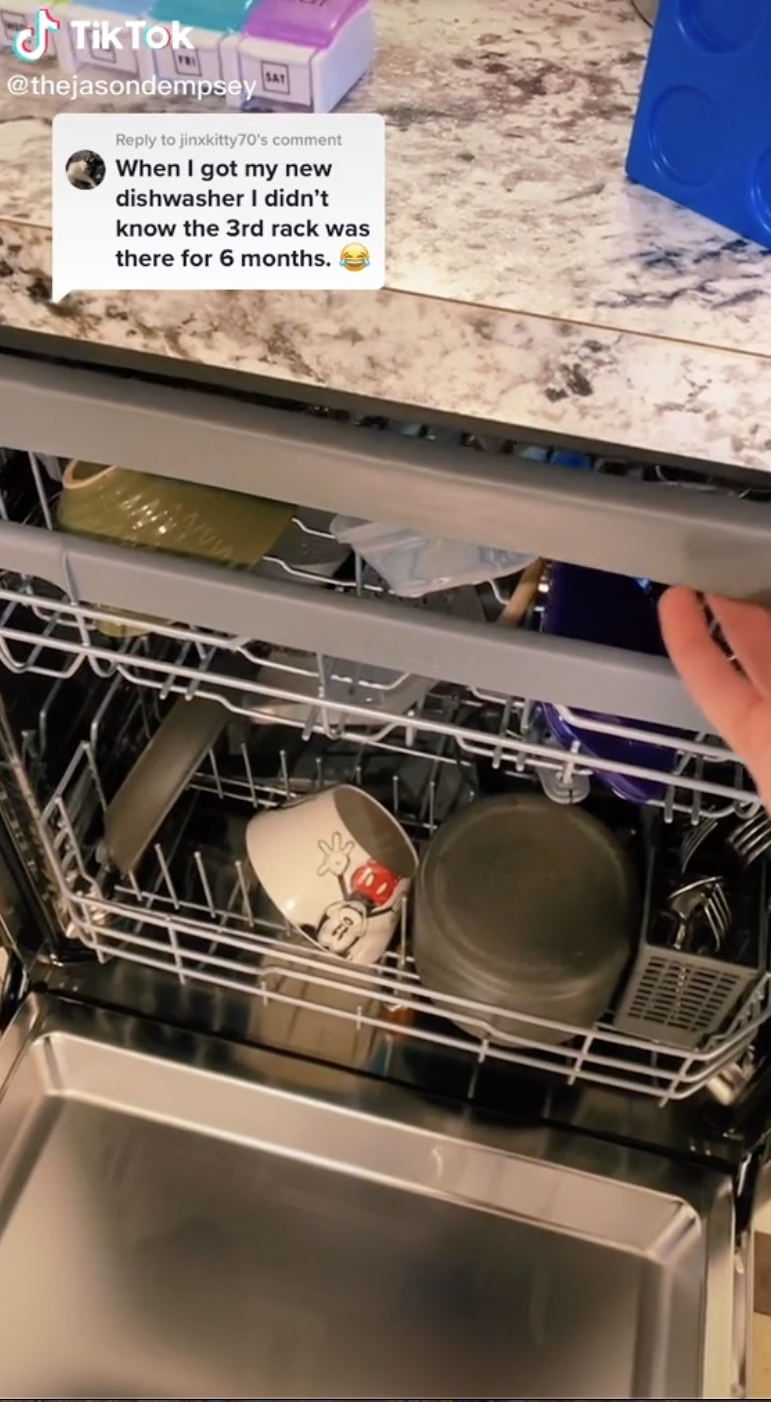 We load in as many plates, cups, and silverware as possible just to get the chore out of the way in a single load.

But one person online said we’re not utilizing our machines to their full potential: most dishwashers have a hidden tray inside that lets you squeeze in even more than you think.

A man named Jason Dempsey, who goes by @TheJasonDempsey on TikTok, posted a video of the discovery he came across—and the clip received over 600k views.

After someone told him that dishwashers have a “third rack,” Jason looked at his own machine in confusion.

He opened it up, first showing the two standard trays. But then he pulled out a third, hidden drawer at the top of his machine.

Mind-blown by the secret tray, Jason yelled: “What?! What do I even put in here? Oh my gosh!” 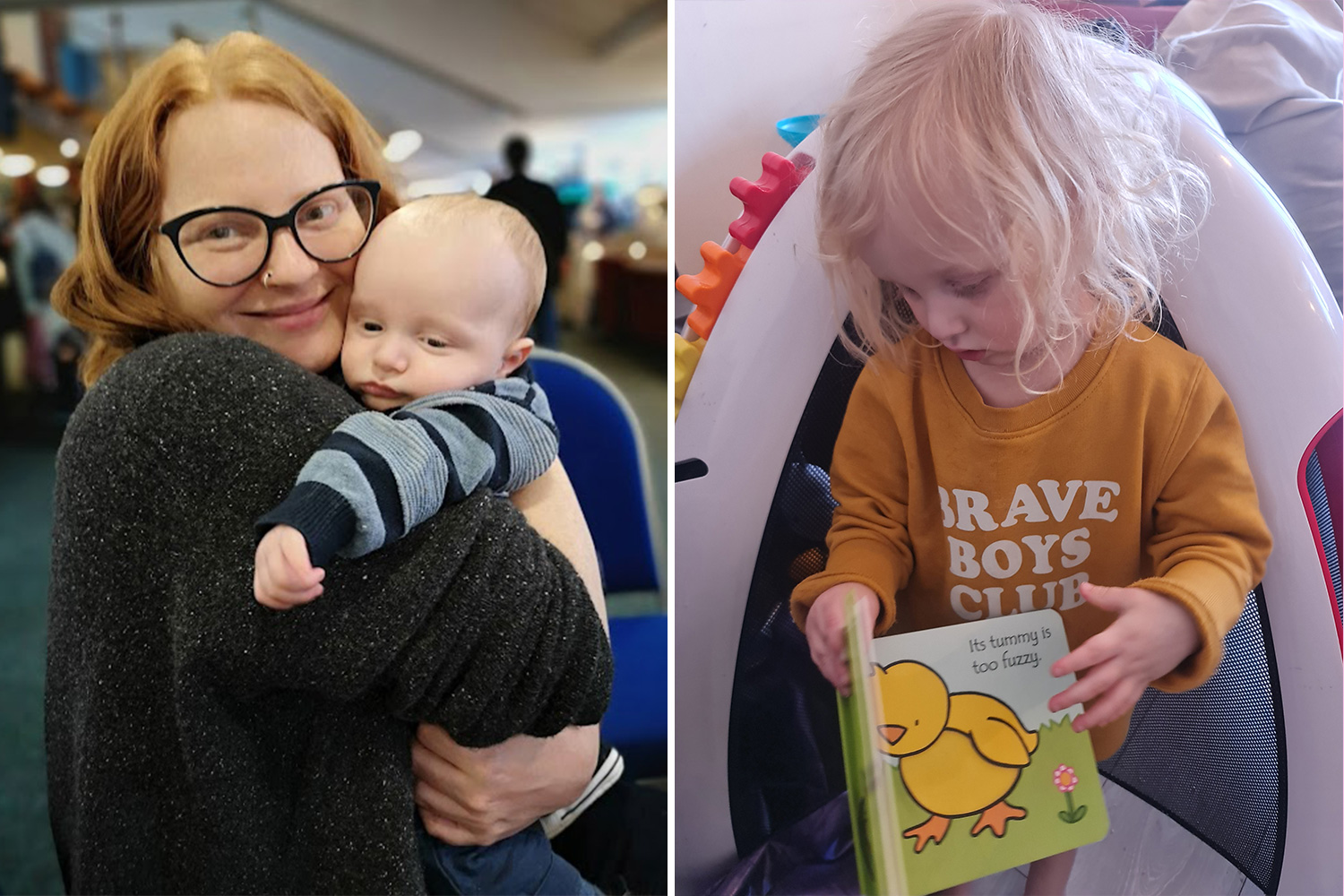 Shocked viewers raced to check out their own machines:

“WAIT I think we have that dishwasher!!! Checking in the morning,” one person commented.

“I have one!! So excited. Scrolling TikTok for hours pays off,” added a second.

Others who already knew about the rack explained how they use it:

“We took out the “normal” silverware holder for more space on the bottom rack and we just use that 3rd for utensils,” one viewer shared.

“Lids, spatulas, knives—it has so much potential,” added another. 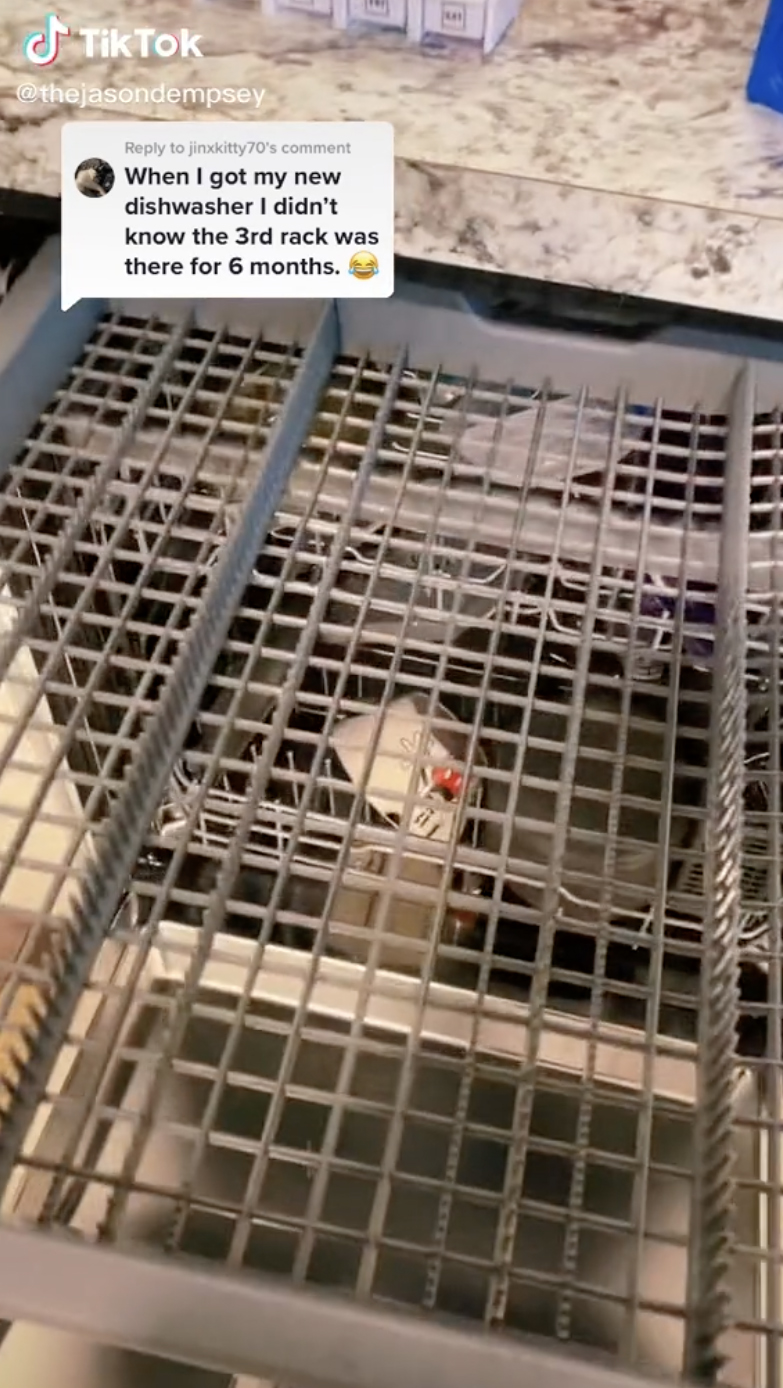 Horoscope today, Friday February 25: Daily guide to what your star sign has in store for your zodiac dates