The cruel sting of being bullied by a Queen Bee: You might expect sisterly support at work, but a shocking 70 per cent of female executives have been bullied by another woman – some even forced out of a job

The request seemed so ridiculous that at first Georgia Emm thought she might have misheard.

Yet when she asked her manager at the fashion house where they both worked to repeat herself, it was evident her boss meant every word.

‘I was pushing clothing rails when one accidentally rammed into me and hit my ankle,’ recalls Georgia, 45.

‘I’d had surgery on the joint earlier in the year. Banging the ankle really made it throb.

‘But when I told my manager that I couldn’t push the rail until the pain settled down, she started barking at me. 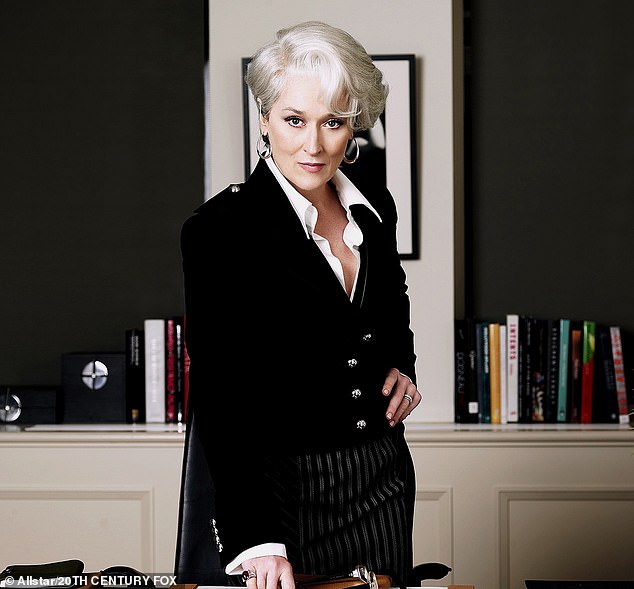 You might expect sisterly support at work, but a shocking 70 per cent of female executives have been bullied by another woman – some even forced out of a job

Telling me she didn’t believe me and demanding I show her the scar as proof.

‘I had a black dress on with thick black tights, and I couldn’t just start peeling them off in the stock room.

‘It was so humiliating.

‘She went into an absolute rage, shouting at me and implying I was lying about the surgery.’

Georgia’s composure deserted her and she fled to the bathroom in tears.

Nor was this the first time her manager had made Georgia’s life a misery in the three years she’d worked at the shop.

‘For the first six to eight months it was great,’ she recalls.

‘But then things went pear-shaped when I was promoted to floor supervisor and moved to a different department, where I encountered this manager.

‘Almost from the start she seemed to have it in for me. 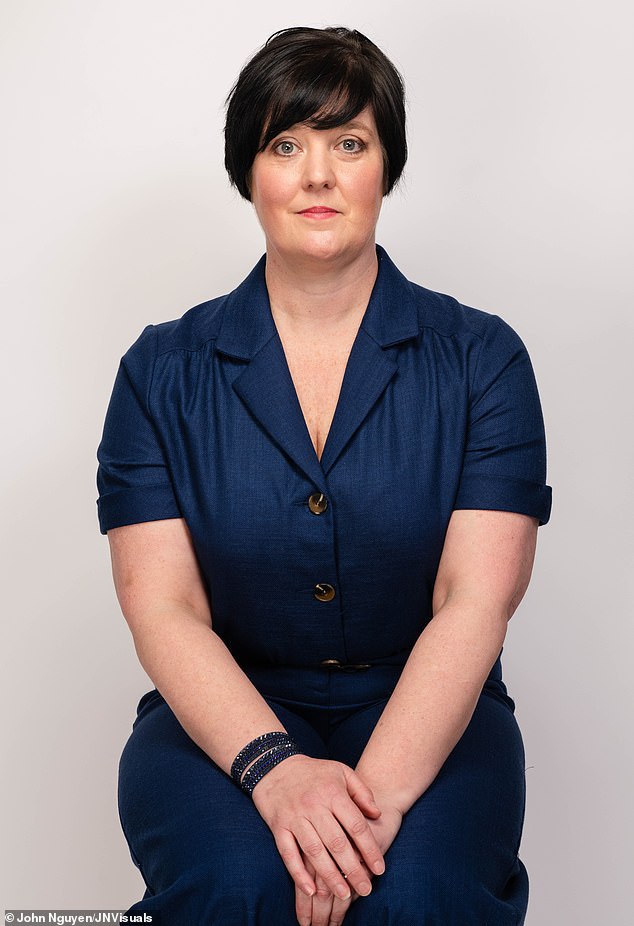 Georgia Emm, who worked at a fashion house, was shouted at by her manager when she told her she could not push a clothing rail until the pain in her ankle settled down after one clattered into her accidentally. This was not the first time her manager had made her life a misery

One day, for example, she came in and — in front of customers — said: ‘Why are you wearing that dress? It looks hideous. Don’t wear it again.’

‘I could feel my eyes pricking and had to bite hard on my lip not to burst into tears. I felt so humiliated.

‘If I wanted to go to the bathroom I had to ask this woman’s permission. If I was at lunch with colleagues, she would come and interrupt me.

‘It got to the stage where I started to question my own sanity.

‘But I really enjoyed being on the floor with the customers, helping people. And I needed the money — which was fairly decent — so I was trapped.’

In an era of female empowerment, it may seem astonishing that Georgia should experience such harassment from another woman.

Yet it’s a depressingly widespread issue.

Research from the Workplace Bullying Institute suggests 58 per cent of office bullies are female, and choose other women as their victims almost 90 per cent of the time.

Staggeringly, a 2018 study in the journal Development And Learning In Organisations showed 70 per cent of female executives feel they have been bullied by women in their office, and say it has stunted their progression.

And while many of us are relieved to be returning to the buzz of a busy office post-lockdown, there are some women for whom working from home has been a reprieve.

Of course, the most determined tormentors still find a way to belittle colleagues remotely.

Emma Swan, head of commercial employment law at Forbes Solicitors, says during homeworking, bullying is likely to involve underhand remarks at the beginning of video conferences: ‘Female bullies may make derogatory comments about another woman’s attire or appearance, knowing they can claim it’s banter.

‘We’ve also seen an increasing amount of tribunal claims where women working remotely will use social media, WhatsApp and email to bully colleagues.’

So why are women being so disloyal to their own sex?

‘Women can feel pitted against each other in the workplace, leading to cases where women treat female colleagues differently, undermining them or manipulating situations to demoralise them,’ she says.

Professor Dame Sally Davies, England’s first female chief medical officer, used the term in 2014 when describing her own experiences in the health sector.

‘I saw it particularly in medicine — queen bees preening and enjoying being the only woman,’ she said.

Margaret Thatcher, the UK’s first female prime minister, was famously described as a queen bee for not promoting women in her cabinet.

And the most senior woman in today’s Government, Home Secretary Priti Patel, faced a ‘tsunami of allegations’ that she humiliated civil servants in front of others — which she denies. 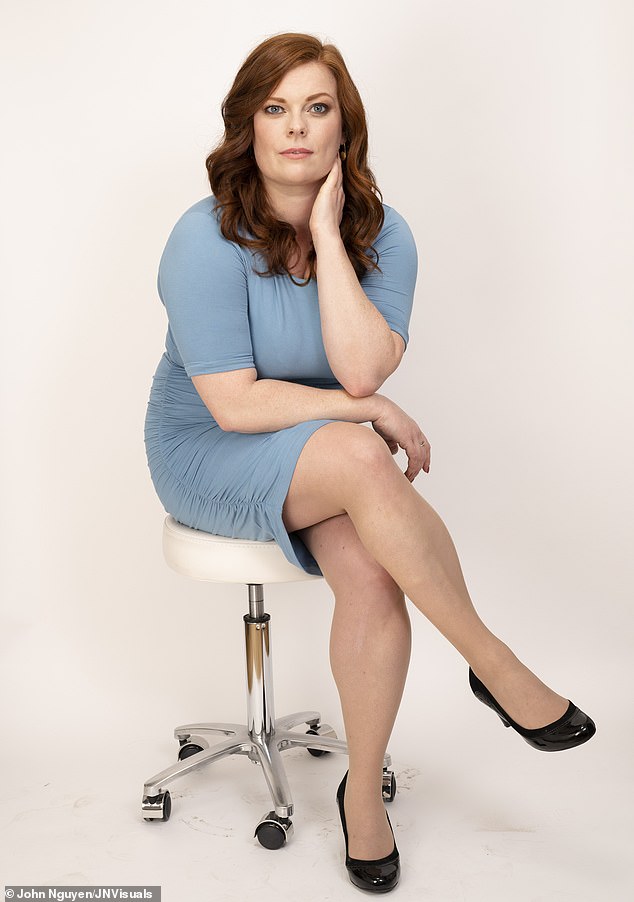 For 34-year-old Sophie Medlin, relentless bullying by a senior colleague nearly resulted in her giving up her chosen career

‘Men express aggression in a more overt way because it has been culturally reinforced that that’s just what men ‘do’ — it’s acceptable,’ she says.

‘Women, on the other hand, are expected to be more caring, which means their way of expressing hostile feelings can be more subtle or passive aggressive.’

This is something that Georgia, who lives in Winchester, Hampshire, found when she finally made a formal complaint.

‘I was told it would be investigated independently by another female manager. But they concluded it was all in my head.

‘I took it up with head office.

‘And even though I was signed off for a month by my GP for work-related stress, they dragged it out — no one seemed to do anything.

‘I don’t think the women at the top wanted to call out one of their own.’

When women bully others, there are often complex psychological motivations, says Emma Swan.

‘It often comes down to insecurity and a misplaced sense of injustice. The bully may feel their position is at risk from another aspiring woman.

‘They’ll bully them to protect their authority — it’s a type of alpha female behaviour.’

For 34-year-old Sophie Medlin, relentless bullying by a senior colleague nearly resulted in her giving up her chosen career.

‘I trained for four years to be a dietitian — it was the only thing I’d wanted to do since I was 15.

‘But it got to the stage where I felt I’d rather do anything other than stay in such a toxic situation.’

The bullying began when she covered a colleague’s maternity leave. At the same time, another woman was promoted to be Sophie’s supervisor. 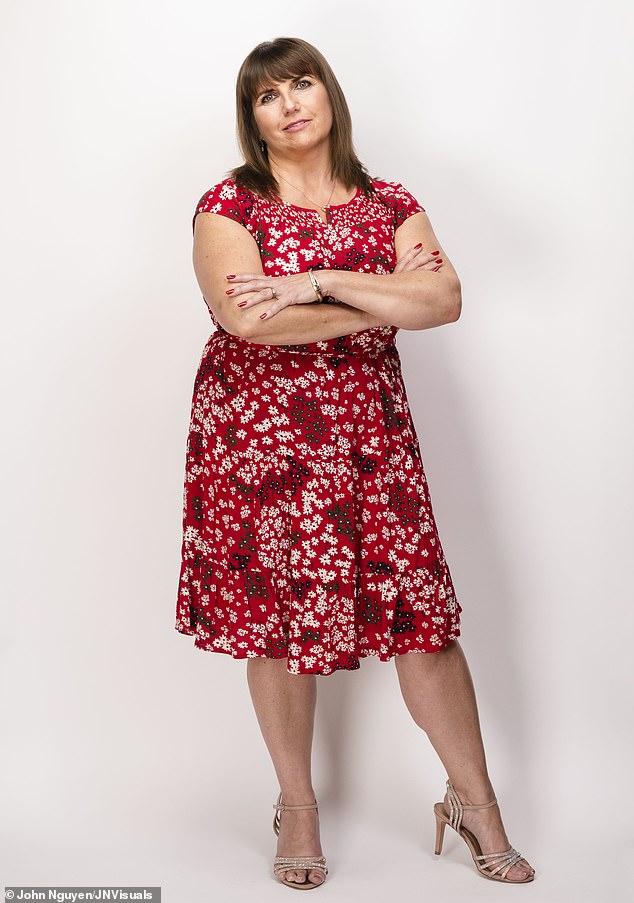 Lisa Seagrott, 49, experienced a wealth of hostility from a female colleague when she began working for a large charity

‘This woman criticised me at every move. I was doing some of her previous work, which meant socialising with her old colleagues.

‘Looking back I think she felt threatened and territorial. But it was absolutely horrible.

‘She would get into work early and go through my patient notes, photocopy them, get a red pen, write all the things she felt I had done wrong over the notes and then show them to me.

‘I used to dread work. If I had a day off, I’d spend it feeling terrified about going back in.

Part of the problem of female bullies is that their less overt tactics mean they can respond to confrontation by becoming manipulative.

So when Sophie asked for a meeting with management, her bully was ready with a list of complaints about her.

‘I tried to defend myself, saying that if I was doing things wrong I needed to be taught, but it went unheard. Nothing was done.’

Eventually, Sophie quit her job without another one to go to.

‘This was something I had worked hard for, and I was so passionate about it. I’d also bought a house with a mortgage based on my job. But for the sake of my sanity I had to get out.’

Luckily she got another job quickly. She has since spent time lecturing and in academic research, and is now director of London-based City Dietitians.

‘I was never bullied again because once I got over the trauma I had the resilience to deal with difficult women.

‘But I can see how easily it happens. The problem, ironically, is that women make close friends with colleagues, and then close ranks.

‘It’s a very female thing. The female bully may have close friends who protect her and turn a blind eye.’

So what should victims do? If the problem can’t be sorted out informally, perhaps through a meeting with a line manager, then involving the human resources (HR) department or a trade union representative is the next step.

A formal complaint can be made using the employer’s grievance procedure. Failing that, legal action can be taken via an employment tribunal. But too often, women feel they have no choice but to leave.

Lisa Seagrott, 49, experienced a wealth of hostility from a female colleague when she began working for a large charity.

‘She just didn’t seem to like me, even though I was senior to her, and would often make snide comments to others about me.’

Matters took a turn for the worse when Lisa began a relationship with another member of staff.

‘We were both single, and there were other personal relationships between staff. I thought it was fine. But it seemed to be the trigger for so much hostility.

‘One woman in particular was openly hostile. The manager never challenged this behaviour.

‘I discovered senior colleagues were talking about me to their staff, encouraging them not to cooperate with me.

‘I tried to ignore the pathetic behaviour as I loved my job, and my own team were brilliant, but it wasn’t easy.’

On one occasion, when asked to move offices, Lisa found she had been relocated to a space which was little more than a cupboard, with no heating, windows that barely opened and a massive sign inside which said ‘Danger 10,000 volts, do not obstruct’.

HER ‘office’ door, she says, was a fire door with a sign that read ‘Keep shut at all times’. It was only when the chairman of the charity came to visit two weeks later that she was relocated.

Things came to a head in August 2015. Arriving at work one morning, Lisa felt herself starting to shake uncontrollably and her head began to pound.

‘I had a full-blown panic attack and it took me about half an hour for my breathing to regulate and to be able to get out of the car.

‘It was so frightening — a kind of physical manifestation of the stress I’d been suffering.

‘I got an appointment with my GP the next day. She said my blood pressure was through the roof and I was at risk of having a stroke. It was both shocking and yet almost a kind of relief to hear this.’

After five months off sick, Lisa left in January 2016 and is now writing a book about bullying. She runs an HR company with her husband, but says the scars have taken a long time to heal.

‘I needed to get out,’ she shudders. ‘I couldn’t keep bringing the misery home with me.’

Even now, however, she insists she wouldn’t confront her bully. ‘I wouldn’t give her the satisfaction.

‘Anyway, when you have groups of women who have worked together for years, they are never going to side with the new girl.

‘But we have to recognise that women can be horrible bullies to other women.

‘For all the talk of pulling together, there are some who are just spiteful and competitive. Only by talking about it can we stamp it out.’

Challenging quiz puts your Greek mythology knowledge to the test

Selena Gomez’s Relationship Status Is A Mystery, But Here’s What We Do Know