A Miami-based model has resolved to slim down her 59 inch (150 cm) derriere so that people will take her seriously as an author.

The Instagram star, who boasts almost a million followers, has suffered excessive trolling due to her bottom, which has now become discoloured and sagging.

The influencer is now planning to get the filler removed, and has written a book to warn other women about the dangers they can cause.

She said: ‘At one point I wanted a bigger butt at any cost, but now I realize it could cost me my life and that’s why I wanted to bring the awareness to other women.’ 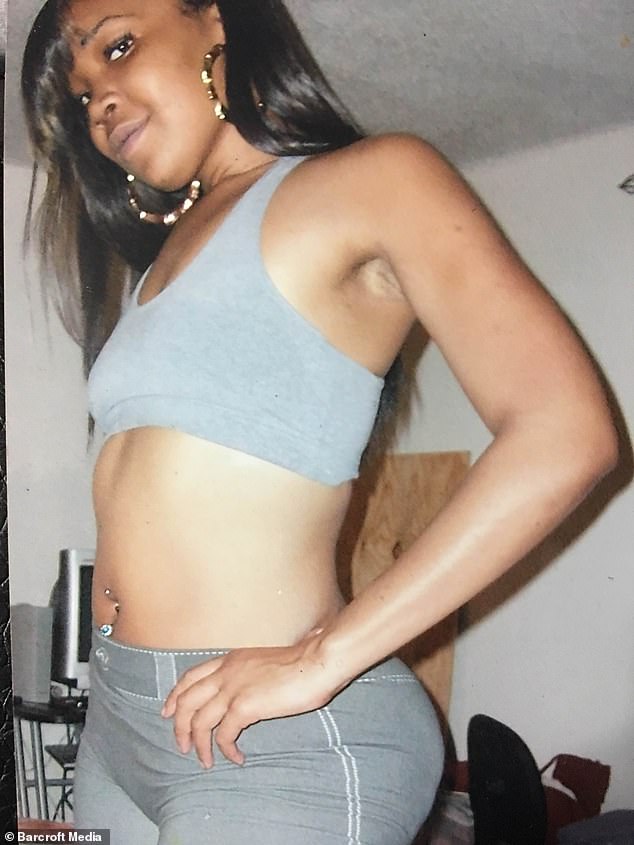 Courtney Barnes, 35, from Miami, suffered from body dysmorphia disorder (BDD), which led her to get polymer illegally injected in her derriere (Pictured: Courtney in 2006 before the implants) 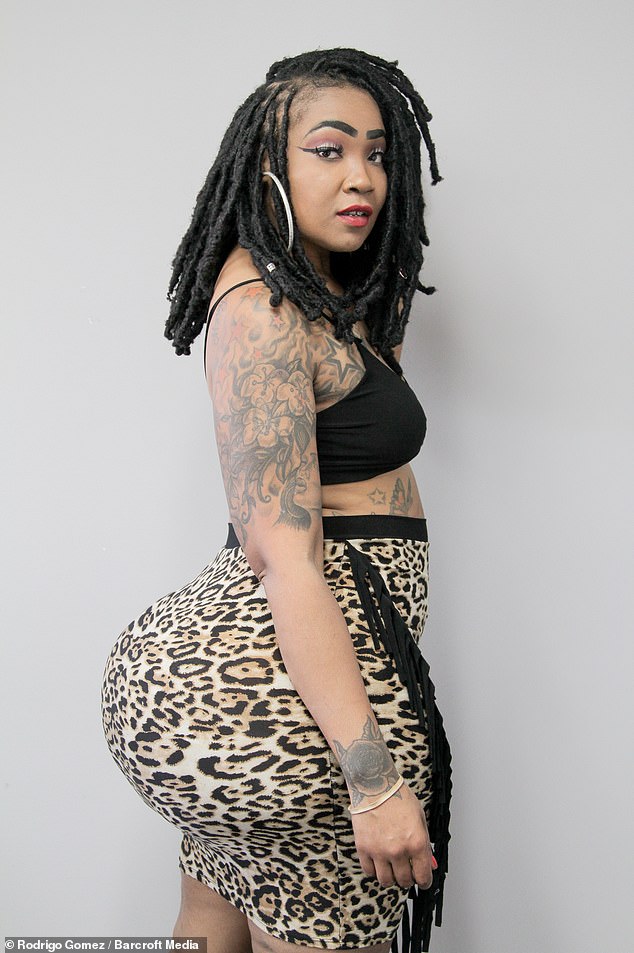 Now regretting her decision, Courtney (pictured recently) is looking into removing the polymer injections from her body, but the procedure will cost her thousands of dollars

Like many young women Courtney suffered from body dysmorphia disorder (BDD) and says the butt shots were an attempt to improve her self-image.

‘I was preoccupied and overly conscious of my body, of my shape, before I got my butt done,’ she said.

‘A lot of people said workout, do squats, and you’ll get a bigger booty but I exercised and my booty got smaller.

‘When a girl told me about the procedure, I jumped both feet in on that. I already had weight issues and didn’t like my body, it was just a recipe for disaster.’ 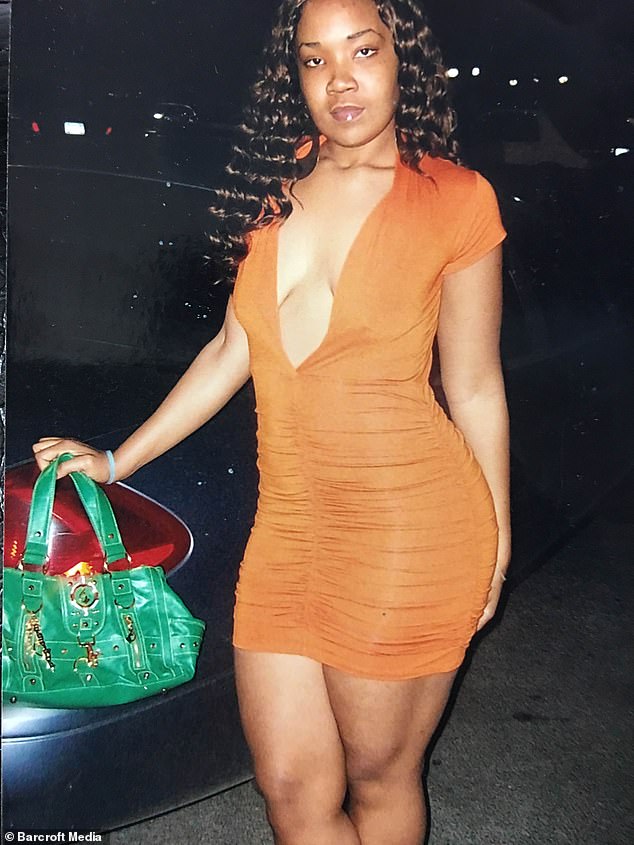 Courtney (pictured before implants) tried squatting to enlarge her bottom, but still felt it was too flat and resorted to illegal shots 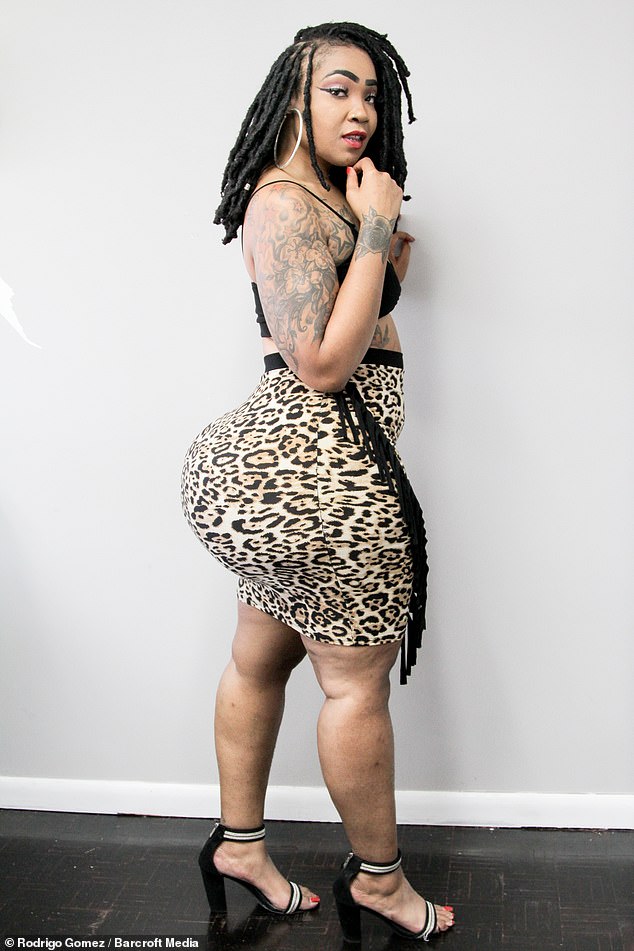 She’s written a book to warn women against the dangerous implants (pictured afterwards). These can have several side effects on the body, including intense pain 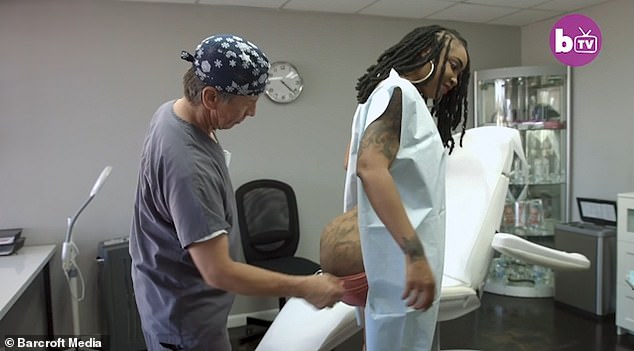 Courtney visits a plastic surgeon to see whether she can get rid of her butt implants (pictured) after a quick exam, the professional refers her to another specialist

Courtney’s supersized butt has undoubtedly garnered her a lot attention, with 815,000 people following her on Instagram.

But the side effects of the injections are all too visible – the skin on her posterior has become discoloured in places and the shape is sagging drastically.

Appearing on Barcroft TV, surgeon Dr Gonzalo Mosquera said: ‘She’s definitely had illegal injection of polymer which is a very sad but common thing that occurs in the area.

‘We see a lot of complications with that, some patients get a lot of symptoms, a lot of pain, they can’t sleep, they can’t lean on it, they can’t rest. It’s an awful, illegal treatment.

‘Fortunately Courtney doesn’t have a lot of symptoms besides the size and the lumps but at any point in life people can develop symptoms.’

Treatment to remove the fillers can be expensive, and Courtney is also concerned about the health risks involved with the procedure. 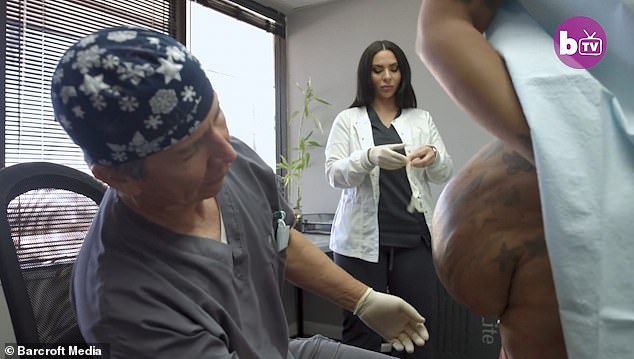 Dr Gonzalo Mosquera (left) said Courtney was lucky, as she only developed a few of the side effects from illegal polymer injections 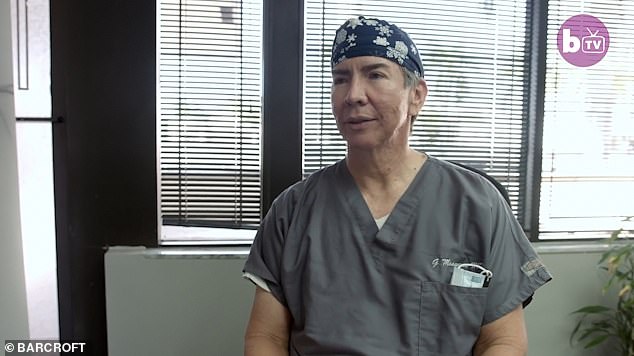 ‘I just want to go through with the procedure and remove the fillers. I am ready to look like the girl next door, I am tired of being of bullied on social media and people following me and stalking me just to get a picture.

‘I may look like a circus freak because of my booty but I am still a human, I am a daughter, I am a woman, I am an entrepreneur and I am figuring out life just like everyone else – I just want people to see me for me.’

Courtney recently published her book ‘I Am Not My Body – But I Wanted A Bigger Butt.’

She is also taking etiquette classes and has engaged a life coach to help her achieve her dreams of being taken seriously as an author. 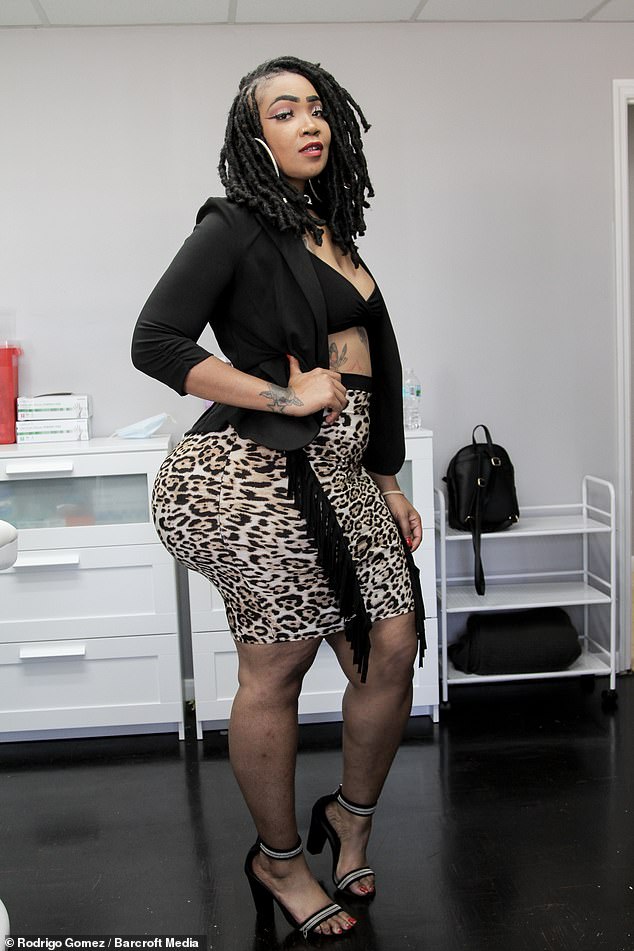 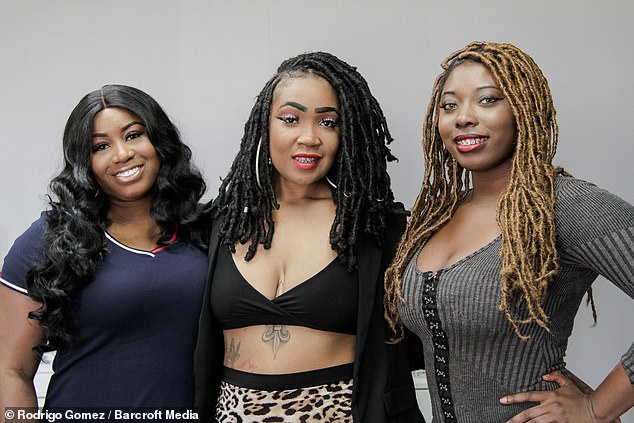 Courtney (middle) with two friends. She is now warning against implants and encouraging people to do the proper research and go to the right surgeons in order to get bottom enhancements

She said: ‘I always wanted to be an author, I just want to get as many people as I can understanding what I went through so they won’t go through the same things.

‘There are a lot of women who want not only butt injections, but all kinds of cosmetic surgery, because they do not like their body.

‘I want to let people know I am here for you, I understand what you are going through, but just because it looks good it’s not healthy – if you decide you do want work done, go to a surgeon and do your research.’

Courtney added: ‘I have made a lot of mistakes but I am looking to put all this behind me – included this behind.’

Incredible ‘Aladdin’s Cave’ cottage where £50,000 of treasures were found

Nikki Bella swears by this $7 beauty product during pregnancy