The Greens will promise to abolish Australian Border Force and hand over its responsibilities to a re-established customs agency, police and the military, as it looks to ramp up pressure on Labor over its policies on asylum seekers in a minority government.

Releasing the party’s full suite of immigration policies on Thursday, Greens leader Adam Bandt and immigration spokesman Nick McKim will vow to “push” Labor into ending offshore detention and boat turnbacks if they hold the balance of power in parliament after the election. 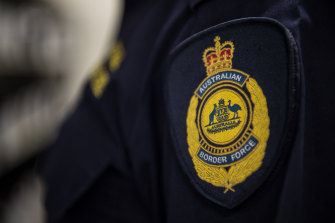 The Greens will pledge to abolish Australian Border Force.Credit:Wolter Peeters

The comments open the door for a potentially tricky set of negotiations for Labor if there is a hung parliament. Labor has pledged to get rid of temporary protection visas, but supports boat turnbacks and offshore detention.

The Greens will also announce a policy to drastically increase Australia’s annual refugee intake to 50,000, up from 13,750, with special refugee places for people fleeing Afghanistan and Ukraine, and to hold a royal commission into Australia’s offshore detention centres on Nauru and Manus Island.

The party will promise to abolish Border Force, which was created in July 2015 after a merger between Immigration and Customs and was closely connected with Operation Sovereign Borders, which was designed to stop asylum seeker boats.

Border Force officers in some areas have greater powers than Customs and Immigration officers had previously. They carry weapons, gather intelligence and have the power to detain offenders.

The Greens believe Border Force is a “quasi-military law enforcement agency” and say it should be dumped in favour of a re-established Australian Customs Service to manage border traffic.

Maritime operations on contraband such as drug importation, robbery, violence at sea and maritime terrorism should be shared between police agencies and the Australian Defence Force, according to the Greens’ policy.

A new agency called the Australian Maritime Service should be established to protect the nation’s coastline, oceans, environment and economic activity, as well as to search for and rescue people in trouble in Australia’s waters.

“For nine long years, the Liberal government has made torturing Australia’s refugees a priority, and they’ve had the Labor Party’s support every step of the way,” Bandt said.

“The Greens will push to close the camps, end offshore detention and create a fair and humane immigration system.

“When people come here fleeing war and seeking our help, we should offer them an open hand not a closed fist.”

McKim said offshore detention had been a “humanitarian disaster”.

“We would end it, and hold a royal commission into the decade of inhumanity it has represented,” he said.

“The Greens in balance of power would push the Labor government to end offshore detention and boat turnbacks, and make family reunions fairer, faster and more affordable.”

What I learned making a podcast about famous people’s dogs