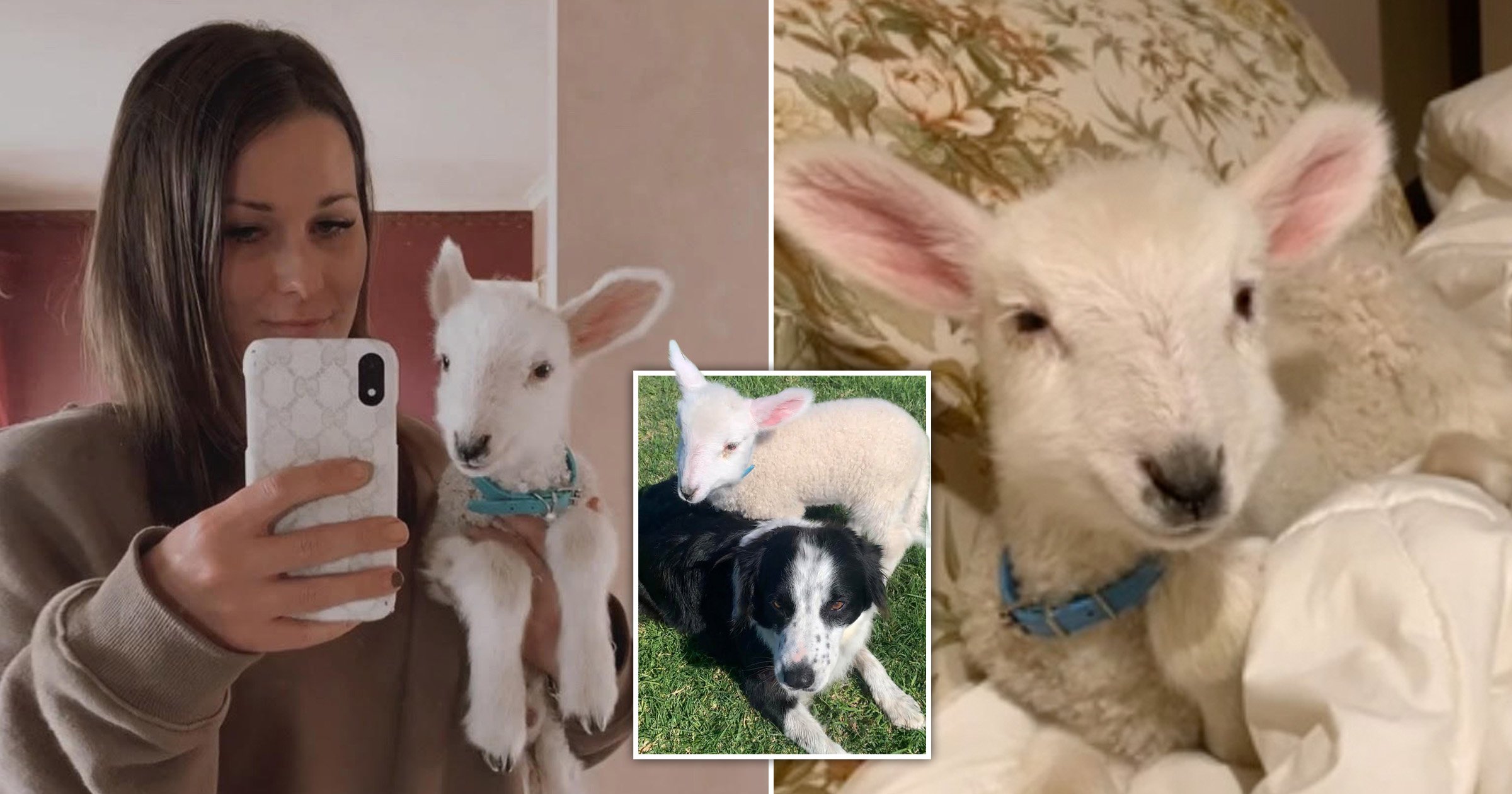 A cut little lamb who was rejected by his mum has found a surrogate parent in the form of a farmer’s daughter.

The best part? He has moved in with her.

Paxton, born on 14 August, has also become a TikTok star, garnering more than 4.9 million views in one single video. Viewers have been engrossed in the story of the fluffy lamb, although many say he is a dog at heart.

‘Paxton was born an extremely tiny triplet and rejected by his mother,’ says Tamara White, 31, the lamb’s primary carer.

Tamara, who lives on her parent’s farm in Victoria, South Australia, noted there is added sadness to the story of Paxton.

‘He is the bloodline of my late brother Justin who sadly passed from suicide in early 2019,’ she explains.

‘Justin had started a small Border Leicester and Dorset stud line. So Paxton is extremely important to my family and me.

‘My parents gifted him to me as they knew I desperately wanted to start my own stud line in my brother’s honour.’

Following the heartbreaking non-acceptance by the lamb’s mother, Tammy decided to move him into her home and essentially become his mother.

In the early days, Tammy would take up in the night to give him milk and still takes care of his every need.

The beauty therapist says: ‘He even came to work with me the first week after he was born so I could give him hourly feeds. I work for myself, and my clients adored seeing him.’

Paxton is also a favourite of Tammy’s two Border Collies, Jobe and Charlie.

‘He has absolutely learned his behaviour from them,’ she says. ‘He goes outside with them for toilet time and likes to nibble on their fur. Of course, he learned to jump on the couch from the dogs.

‘He eats their dry food with them. We don’t encourage it though in case it makes him sick. Paxton has also taken a liking to French fries.’

Tammy, who has more than 200,000 followers on TikTok, isn’t surprised Paxton’s videos have caught the attention of the masses.

‘Who doesn’t love a fluffy, pearly white baby lamb,’ she exclaimed. ‘Not many people in the world get to see these beautiful animals, let alone be in the company of one.

A video from early September shows innocent Paxton jumping up onto the sofa to join his human for a snuggle.

The clip was captioned: ‘How do I tell him he’s not a dog, but seriously how cute is the yawn.’

Meanwhile, in another adorable snippet, Paxton has a nap with his doggy brother, Charlie, even rubbing his fur with his little hoof before settling down next to him and releasing a yawn.

Although a tiny ball of fluff now, Paxton will grow to be 100kgs, and at some point, will have to live outside. Although Tammy is confident he’ll find his way back in.

She adds: ‘I’m sure he’ll love some sneaky inside visits.’

Send us an email at [email protected]

The NYC Zagat restaurant guide is back

Happy Birthday, Adam Sandler! Take a Look Back at His Best Movie Roles