ALDI has revealed all the key dates leading up to Christmas that shoppers will be able to snap up popular Specialbuy products.

The discount supermarket did the same thing back in May as it let shoppers know when its sell-out furniture Specialbuys would be hitting the shelves over the summer. 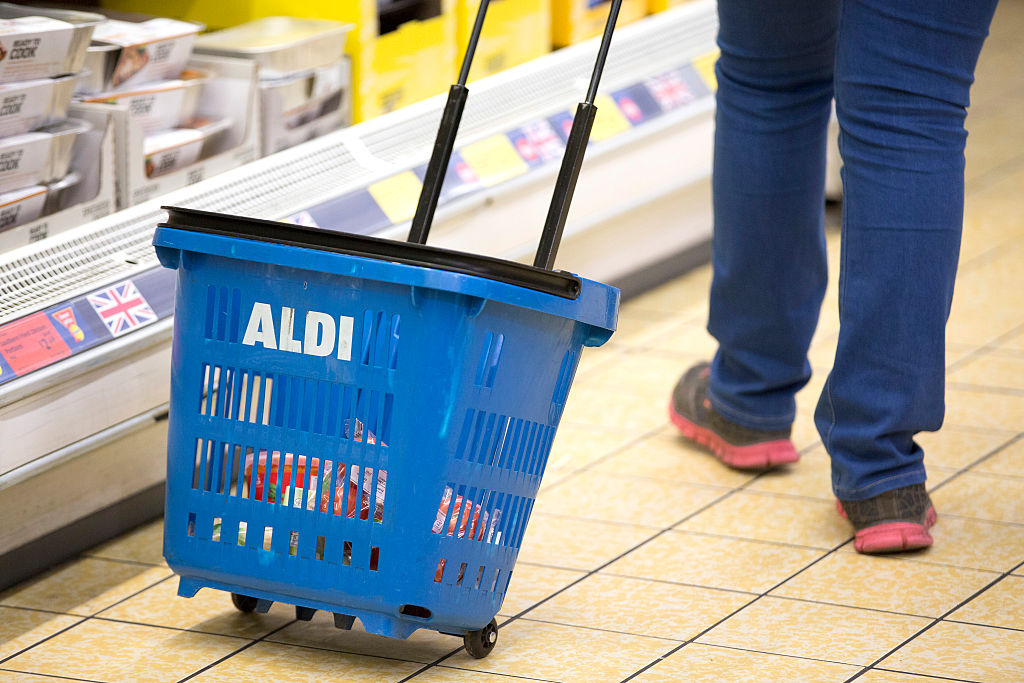 The store is hoping to "take the worry out of the festive season" with the On Sale Date calendar.

It will mean shoppers can set themselves reminders of when highly anticipated products will hit the shelves and get stocked up early.

More than 25% of Brits have already started their Christmas shopping over shortage fears, so an idea of product launches from Aldi will be welcomed by many who are eager to get in as soon as.

Things like seasonal fruit and veg, party fizz, gift-ready hampers and even mince pies are all in stock already at Aldi.

But shoppers will need to write a few dates down in the diary if they want to keep up to date with more that's to come.

Christmas trees, decorations, festive booze and turkeys are all in the pipeline to launch over the next three months, so keep your eyes peeled.

Some items are arriving as soon as the end of October, before a number of products drop in November, and the last foodie goodies drop during the first few weeks of December.

Not all the products released over the Christmas period will follow the same twice weekly pattern though, which is why the calendar will give shoppers a good indication of exactly when items will land.

Over the summer, shoppers were met with disappointment time and again as super popular products like its hanging egg chair sold out within minutes.

So it's a good idea to make a note of the dates so you can be ready to get in the early morning Specialbuy queues online, or know when to visit the stores this winter to avoid missing out.

If you shopping for any of the products online, you'll have to factor in delivery charges on top of your purchase – and these can start from £3.95 to £9.95.

If you want to avoid this though use Aldi's store locator tool to head out to your closest, but be warned that stock will be limited to availability, and popular products could be snapped up by keen elves quickly too.

These are the dates you'll want to look out for:

A countdown within a countdown, one of the first officially Christmas goodies you'll be able to snag at Aldi will be advent calendars.

These are being released on October 28.

One item we know will be in the launch is the supermarket's own Beauty Advent Calendar which is a must have for all beauty fans.

Featuring products from best selling beauty brand Lacura, you'll be able to pre-order it from October 24 too.

It has twenty four products inside to fulfil the perfect countdown to Christmas and it's only £55 which is £25 cheaper than a similar LookFantastic one and £80 cheaper than another MAC version.

You'll be able to start illuminating your front drive in November too, as Christmas lights launch at the store.

While the Aldi calendar states that stock won't be dropping in stores until next month, you can already make purchases from a range of Christmas lights online.

They're only available on the Aldi website though, as you can't buy anything from the small collection in-store yet.

There's even a two metre white starry nights pole tree that shoppers can snap up for £70, as well as a wire frame LED unicorn which is £10 cheaper at £60.

But on November 7 there will be more to come, and some of the pretty lights will likely make their way into stores as well.

It's not Christmas without a festive tipple or two, so Aldi is providing shoppers with a new range from November 8.

Christmas spirits, including a gold bottle of Chevalier plus more, will be available from the date, as well as a selection of premium red wines, and flavoured gins and rums too.

Aldi has already been dubbed the cheapest Prosecco retailer, so you'll be sure to get a bargain when the boozy buys roll around next month too.

Aldi has also taken on M&S this Christmas as it goes head-to-head, or bottle-to-bottle, with the posh shop after releasing its own glitter globe gin liqueur.

It's also worth knowing that Aldi has applied to extend its licensing hours, meaning it would be able to sell alcohol between 6am and midnight in the run up to Christmas.

Aldi will be stocking a range of artificial Christmas trees from November 11.

Brits have been warned that there could be a potential shortage of the festive staples this year.

But there's no use heading to the store in a panic now with intentions to stock up, as you'll have to wait at least another four weeks until they become available at Aldi.

There are other retailers you can nab trees from now though, including Asda and Argos, so if you really want to get ahead of the game you can stock up now.

Prices for these start from just £15, though we don't know yet if Aldi's will be able to beat the competition on cost.

Strangely enough, you can already buy a 7ft or 9ft Christmas tree storage bag already at Aldi, though you may not have the branches to put in it yet.

These cost between £7 and £10 and you can get them in red or green, but the sizes of the bags could suggest that Aldi will be providing trees this year of the same size, to fit.

You'll be able to stock up for the main event at Aldi officially from December 19.

Christmas Turkeys will be available to buy from this date as well as other centrepiece roasts.

If you do want to get stocked up earlier though you can always buy a frozen turkey from the store's regular freezer stock, it's just the specially curated fresh Christmas turkeys that will only be available from the December date.

Last year Aldi was crowned the winner of cheap turkeys as it took the crown for the top value bird.

Some party food is launching sooner than this too, if you're ready to throw on your dancing shoes a little earlier.

Dazzling desserts, and party and buffet food will be available to buy at Aldi from November 15.

The Logies are back after a two-year hiatus. Here’s everything you need to know