The “Need to Know” singer, 25, did double duty at Sunday night’s 2021 VMAs, both hosting the show and performing on stage in four over-the-top outfits.

She kicked things off on the red carpet in a black Vivienne Westwood corset decked out with purple draping and accessorized with red thigh-high latex socks and strappy platform heels.

Her hair, done by J Stay Ready using Joico products, was pulled half up and streaked with scarlet.

“I was inspired by rock and ’90s glam,” the hairstylist told Page Six Style exclusively. “This is my version of London street style that she absolutely killed.” 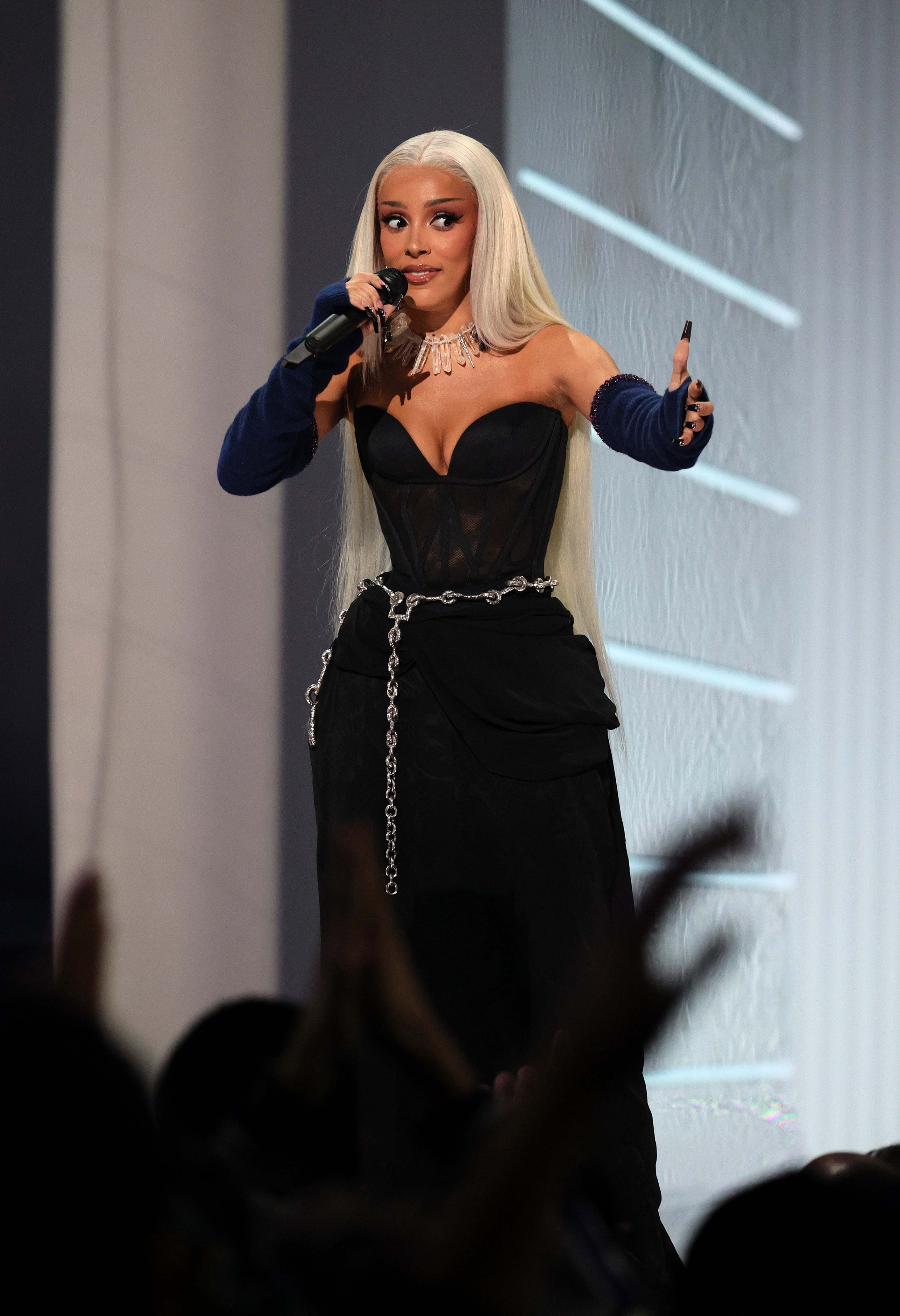 On stage, the host switched up her hair, donning a straight platinum blond wig that cascaded down to her butt. The singer kept on her same corset, but added a pair of baggy black pants, also from Vivienne Westwood.

Then, for her high-flying acrobatic performance of “You Right,” Doja rocked a platinum bob and wide-leg red pants with a matching strappy crop top. 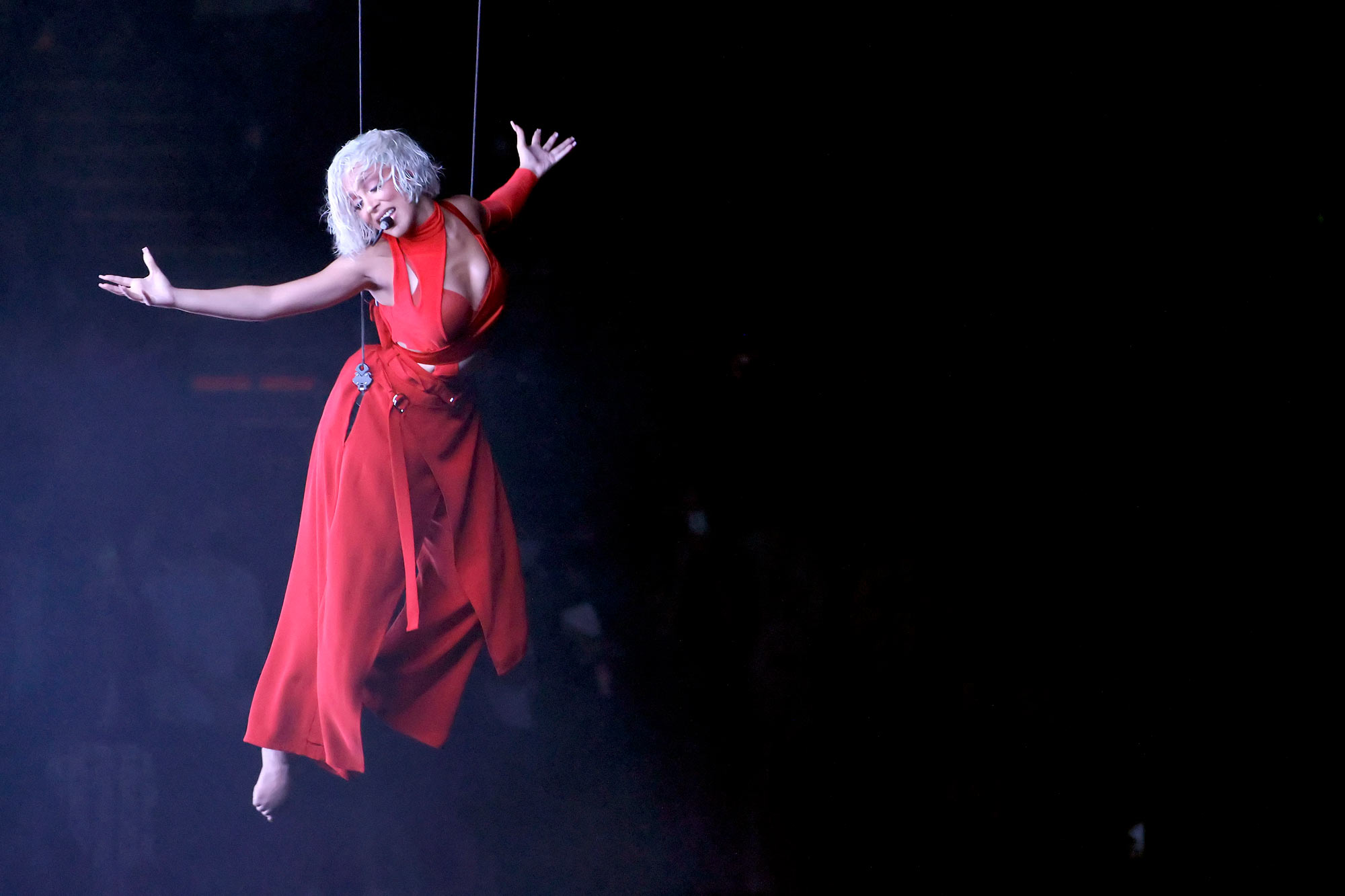 Perhaps most memorable was a trippy quilt-inspired midi dress with a built-in hood and long sleeves.

“I look like a worm. That’s dope,” she said while accepting the Best Collab award with SZA for their song “Kiss Me More.”

“I never thought I’d be dressed as a worm while accepting an award.” 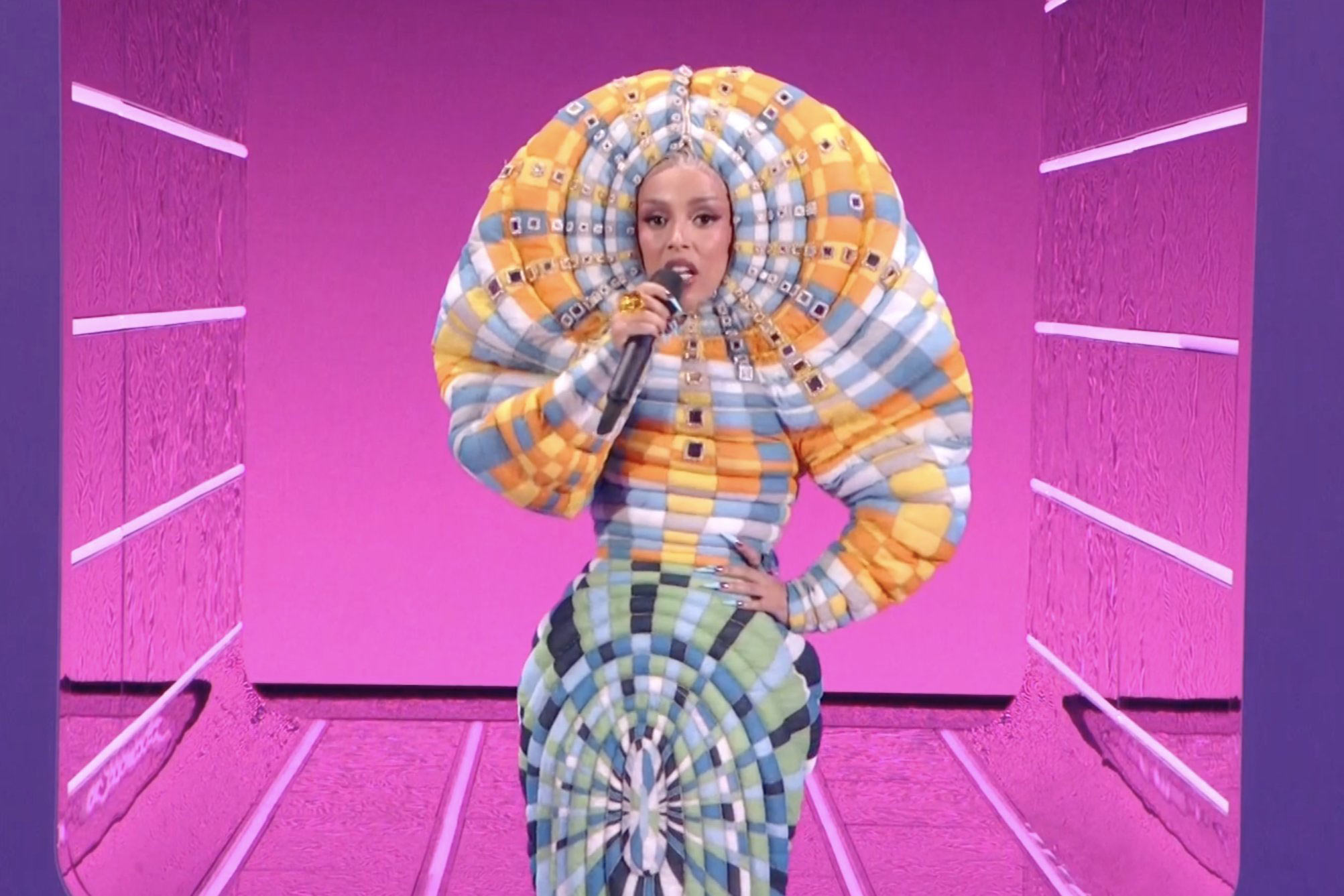 Keeping things wacky, she topped things off with a red chair hat, which she later repurposed as an actual seat.

Doja’s nominated for five awards in total, including Video of the Year — making her the first-ever host nominated in the category.

‘What We Do in the Shadows’ Spinoff ‘Wellington Paranormal’ Coming to CW, HBO Max

What’s It Like Being A Celebrity Stylist? Amanda Sanders Has The Breakdown – EXCLUSIVE

Fired Astros Manager A.J. Hinch Speaks Out About Team Cheating Scandal: We Have to 'Be Better'