It did not take Rob long to conclude in his first foray into the family courts system that justice might have little to do with the outcome. No lawyer could offer him any guidance on how much access he might expect to have to his son, Jackson, though he hoped it might be something more than he had, which was nothing. He was told family law did not work on precedents. Rather, he should be prepared to accept a range of outcomes.

“They kept telling me, ‘Anything could happen here’,” said Rob, whose real name cannot be published under the Family Law Act. 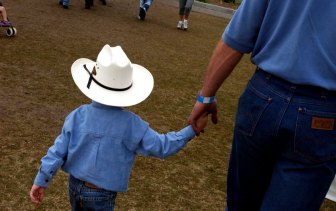 Rob battled his ex-partner for six years through the courts to increase access to his son.Credit:Tamara Voninski

He spent nearly $100,000 and six years in litigation only to end up at the bottom end of his outcomes, an experience that left him cynical of a court once touted as the international gold standard for family law practice.

The Family Court of Australia is better known these days for long, costly and unsatisfying litigation, an institution so malodorous to the Morrison government that it intends to dismantle it as a standalone court.

Legislation to merge the court with the lower-level Federal Circuit Court, which also hears federal law matters, is before the senate. If the government can gain the support of the crossbenchers, it will become known as the Federal Circuit and Family Court of Australia.

It would represent the biggest shake-up of the Family Court of Australia in 20 years. 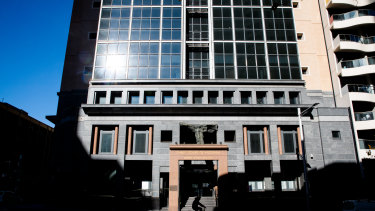 The government wants to merge the Family Court of Australia with the lower level Federal Circuit Court.Credit:Edwina Pickles

The proposal has alarmed stakeholders, who are concerned that the specialist knowledge intrinsic to the Family Court will be lost when it is diluted with federal court matters and loses its appeals division. But few would argue that the court is performing to its maximum potential in its current form. Litigants wait 18 months on average and up to five years for their matters to go to trial, while children grow up, property sales are put on hold and couples are left in purgatory.

It is a shell of the ideal set up under the 1975 Family Law Act, which also introduced no-fault divorce and wrapped support services, such as mediation and counselling, around the legal business of disentangling couples. Litigation was discouraged, judges removed their wigs to signify a more informal approach and the aim was to make proceedings inexpensive and relatively painless.

When the Sydney registry opened its doors in January 1976, unhappy couples were already waiting outside.

But the concept was never fully realised because the Whitlam government was dismissed before the final pieces were put into play. The founding chief justice, Elizabeth Evatt, says the court was compromised from the start because a senior tier of judges had not been appointed by the time Malcolm Fraser came to power.

"Fraser wasn't very enthusiastic about the court and wanted to have as few judges as possible," Justice Evatt said. "All the wonderful ideals that we had didn't come to fruition, not fully. It was installed up to a point, but it was always a bit over-burdened." 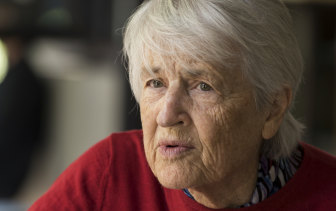 Elizabeth Evatt was the founding chief justice of the Family Court of Australia when it opened in 1976.Credit:Steven Siewert

By 1999, delays in the system had become endemic and the relationship between the government and the court was toxic. It was taking so long to replace retired judges that the waitlist had blown out. Meanwhile, the family court bombings of the 1980s and the advent of men's rights groups had raised concerns that the Family Court was biased towards women. The personal animosity between the Attorney General, Daryl Williams, and chief justice, Alastair Nicholson, was well known.

Mr Williams' solution – both to the systemic delays and the perceived cultural issue – was to set up a separate magistrates court (which later became the Federal Circuit Court), to streamline the less complicated cases and also hear migration, industrial and bankruptcy matters. It was a fateful move.

Two decades later, the two court system is widely acknowledged to be confusing, complex and wasteful of time and money, with 1200 matters bumped between the two courts annually.

Justice Nicholson – who Mr Williams said was only opposed to the move because he wanted his own magistrates to "boss around" – said the courts competed against each other from the first. "It was a very destructive, fraught system," Justice Nicholson said. "We had people shopping which court to go to. It should never have happened."

In the intervening years, funding has not kept pace with demand as the number of parents separating has increased. The senate inquiry into the merger bill heard that some judges in the Federal Circuit Court have more than 600 cases on their dockets.

Paul Doolan, the chair of the family law section of the Law Council of Australia, said some Federal Circuit judges were regularly faced with lists of 30 more cases per day. "How can a judge who's trying their very best to do a good job for everyone keep up with that workload?" Mr Doolan said. "It's not the most satisfactory way of ensuring you get a just outcome for litigants, or a safe workplace for those judges."

And while people wait for their cases to be heard, there are more interim hearings, more letters to be answered, more complications that require a lawyer, and as a result their legal costs increase.

Mr Doolan encourages his own clients to go through mediation and avoid the courts altogether.

"Unfortunately for some people, especially those who have experienced family violence, there is no reasonable compromise available and a properly functioning, adequately resourced court system is needed."

The perception among litigants is that justice in the family court is costly and arbitrary. It depends on the individual case and possibly the individual judge. They struggle to respect the process, especially if the case has not gone their way, and cases rarely do go all one person’s way in the family court. Final orders are not necessarily final. And even when one party does “win”, it seldom feels like a victory. 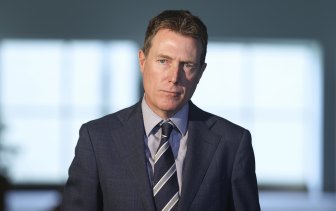 There were times during the six years that Rob fought for more time with Jackson that his parents urged him to walk away. It was not the cost that they deplored (Rob stopped counting before his legal bill clocked $100,000), so much as the emotional toll that affected every other part of his life.

There are times, now, when he considers the paltry four weeks of access that he has to show for all that litigation, that he wonders if they were right.

“But there’s always something that draws you to your own kid and I just couldn’t do it,” he said. “I had to keep going.” Last month they spent their first Christmas together.

This is the stuff of the Federal Circuit Court. It hears 90 per cent of family law matters in Australia, with the most complicated cases reserved for the Family Court. Last year it finalised almost 16,000 matters.

Attorney-General Christian Porter says that providing a single entry point into the federal family courts will make the system quicker, efficient and less costly to use because it will eliminate the transfer of matters between courts. It is the least radical path to resolving a failed system, he says.

"There are a lot of vested interests in the legal fraternity," Mr Porter said. "It is unfortunate that many of the contributions in the debate about much-needed reform in this area misrepresent both the current role of the FCC in resolving family law matters and effect of the bill, as well as reflecting a lack of real commitment to changes that would see more efficient processes for families and less fees for lawyers."

There is little argument in the legal fraternity that creating a single entry point for family court matters will be more efficient than the existing split system. But there is greater support for a model proposed by the NSW Bar Association, which moves all family law work into the Family Court of Australia, leaving the remaining business of the Federal Circuit Court to stay where it is.

It is argued that folding a standalone specialist court into an already overburdened generalist court flies against advice that victims of domestic violence are better served by specialist services, and will not reduce backlogs.

"What does it actually mean to clients coming through the door? Will it mean their matters come on quicker? And it doesn’t mean that. So why are we doing it?”

There are other things that can be done to improve the family law courts, and some of them — such as the early identification of people at risk of family violence — are already being done. The most obvious solution is appointing more judges to hear cases and wind down the backlog, which remains outstanding.

Patrick Parkinson, the outgoing chair of the University of Queensland law school, says the best investment the government could make in family law would be to expand the reach of family relationship centres, which can resolve family breakdown issues before the parties become polarised and resort to litigation.

He does not believe the merger will downgrade the Family Court of Australia. "That happened years ago," he said. He is referring to 2000, when a fiery attorney-general rode around the chief justice to establish a court he could control.

Ashley Benson and G-Eazy Fuel Romance Rumors With a Kiss