Former Archibald finalist Zoe Young, likens the disappointment of not being selected as a finalist in the nation’s best known art prize, to an athlete missing out on Olympic gold.

“For me making the Archibald finals is like being Cinderella who is invited to the ball … people stop you in the supermarket and congratulate you,” said the Southern Highlands artist, whose portrait of the Spender sisters, fashion designer Bianca, and Independent candidate for Wentworth, Allegra, was rejected by this year’s judges. 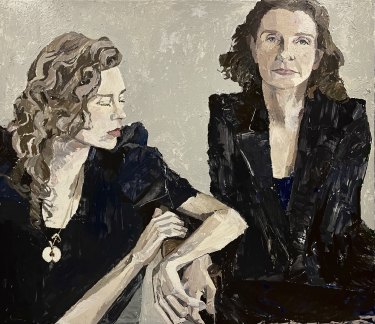 But the two-time Archibald finalist, is now a four-time finalist in the next best thing, the Salon des Refuses, which this year celebrates its 30th year showing works rejected by the Art Gallery of NSW’s trustees.

“The Salon is a great place to be as it means the art world is taking you seriously,” said Young, whose 2018 portrait of film maker Bruce Beresford was rejected by the Archibald judges, but went on to win the $30,000 Portia Geach Memorial Award that year.

“The Salon viewer is more visually literate than the average Archibald viewer and it can sometimes be better for an artist’s career in the long term,” she said.

For the art cognoscenti, the quality of the Salon art is often considered to be of higher calibre. And for artists like Steve Lopes, who has never been selected in the Archibald Prize despite his more than 20 entries, it’s a great platform for serious collectors to see his work.

“Getting into the Salon is a great badge of honour and I think of the artist Paul Cezanne, who never made it into the Paris Salon, although he kept entering he kept getting rejected, but his art lives on. He is a good role model,” said Lopes, now a 10-time Salon finalist, with this year’s portrait of Orange Regional Gallery director, Brad Hammond. 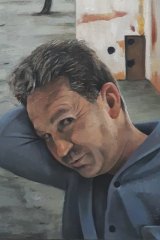 Thirty years ago when the National Trust struck upon the idea of staging its own show made up of rejected artworks from the Archibald Prize, the nation’s best loved portrait competition had an image problem.

A legal challenge from the then journalists union to have the prize revoked and the money bequeathed by the first editor of The Bulletin, J.F. Archibald returned to them, coupled with criticism from both artists and critics, for both its poor quality of painting and lack of female representation as both painters and sitters, saw it badly in need of a makeover. 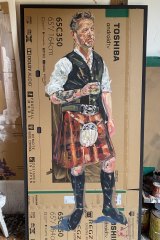 Anne Loxley, then director of the Trust’s S.H. Ervin Gallery, met with then Art Gallery of NSW Director Edmund Capon, and with the approval of its trustees, they agreed to the staging of the first Salon des Refusés in 1992.

Taking its name from the 1863 exhibition of rejected canvases from the French Academy’s annual Salon, in the three decades since, the show has developed a reputation for high quality work, and a serious fixture on the arts calendar.

Instead of being about fads, fashion and favourites, the Salon has a “more independent agenda, away from politics and current affairs,” says Salon finalist Camellia Morris, whose portrait of purple Wiggle, Jeff Fatt is one of the 55 finalists. 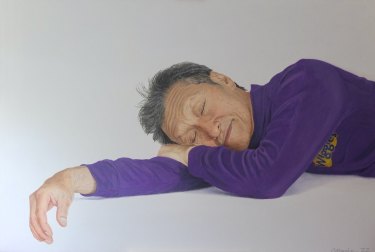 “When I first got word I was in the Salon I thought it was a bit second best, but now I see it is chosen on artistic merit and that to me is cool,” said Daniel Butterworth, whose portrait of chef Jock Zonfrillo is a 2022 Salon finalist.

“Back in 1992 I remember people were cranky about seeing the same artists every year in the Archibald and there was a sense that there must better paintings out there than this,” current SH Ervin Gallery director Jane Watters said.

“We’ve now become a part of the whole show that is the Archibald, often people tell us they come to us on the same day then go to the Archibald so as to compare the shows,” she said.

Watters, who along with Manly Art Gallery director Michael Hedger and Artist Profile editor Kon Gouriotis is one of the three judges, said their choices are always made on the same day as the Art Gallery of NSW trustees; they come into the art gallery in the afternoon, after the trustees have decided the Archibald finalists that morning.

The winner of the 2022 Archibald Prize will be announced on Friday at noon. It and the Salon des Refuses will open to the public on Saturday.

The cicadas are coming — and foodies are getting ready to feast

Love Island’s Casa Amor vs the villa: The girls show off their best style