BBC drama Care divided viewers with its portrayal of a woman struggling to find care for her dementia-stricken mother.

The moving 90-minute programme, which aired last night, tells the story of Jenny (Sheridan Smith), a single mother of two whose own mother Mary (Alison Steadman) suffers a crippling stroke that triggers vascular dementia and leaves her part-paralysed and struggling to communicate.

It follows the family as they encounter red tape and seemingly endless box-ticking to secure long-term care for Mary.

Some viewers were left offended at the ‘callous’ and ‘careless’ portrayal of healthcare workers, with one tweeting: ‘Why do TV dramas about hospitals and carers always show abuse against staff?? It is completely unacceptable #Care.’

However other families who have encountered similar situations insisted it was  ‘spot on’ in its representation of their own experiences. 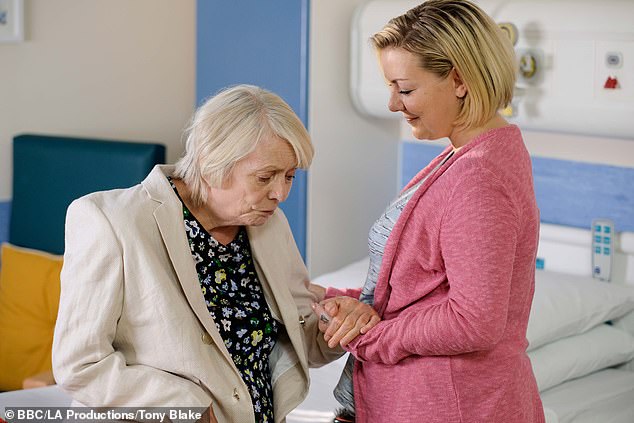 BBC1 drama Care, which aired last night, tells the story of Jenny (Sheridan Smith), a single mother of two whose own mother Mary (Alison Steadman), suffers a crippling stroke that triggers vascular dementia. Pictured, Smith and Steadman in a scene from the programme

The 90-minute programme divided viewers, with some left offended at the portrayal of care givers. However others claimed it was an accurate depiction of their own experience

‘Unfortunately it accurately reflected my recent experience and that of many other relatives I met on my mother’s journey,’ one posted.

After Mary suffers the stroke she is assessed by hospital staff who make it clear that they want her to be discharged as quickly as possible to free up her bed for another patient.

Jenny encounters another roadblock in the system when she has the idea of caring for her mother herself but is told her home would have to be safeguarded and modified if this was to happen.

The family experience further frustration when Mary is briefly accepted into a care home but wanders away and goes missing. 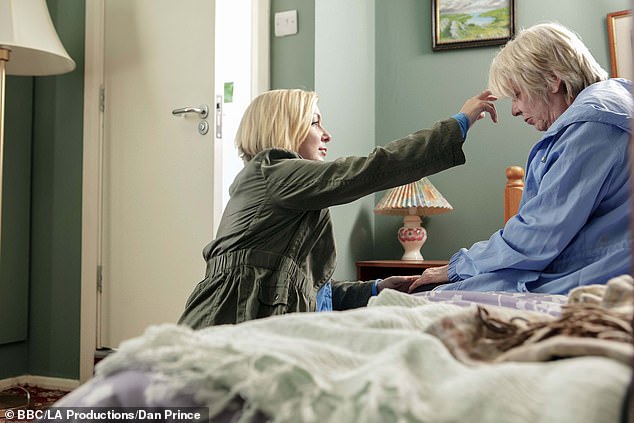 Jenny (Sheridan Smith) is left struggling to cope with her dementia-stricken mother Mary (Alison Steadman), pictured together, and battles to get her the long-term care she needs 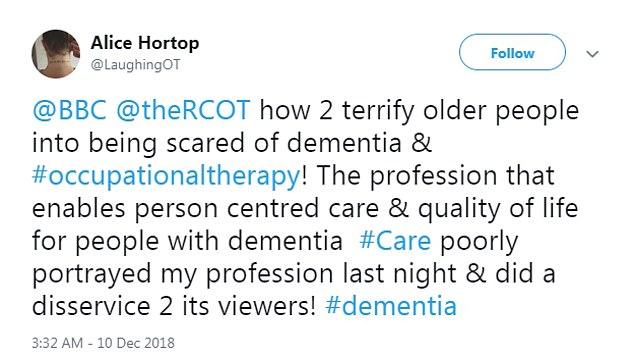 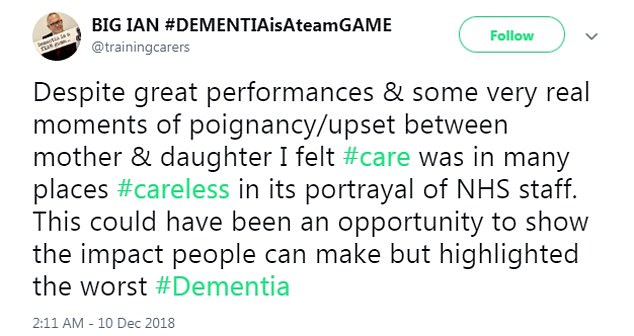 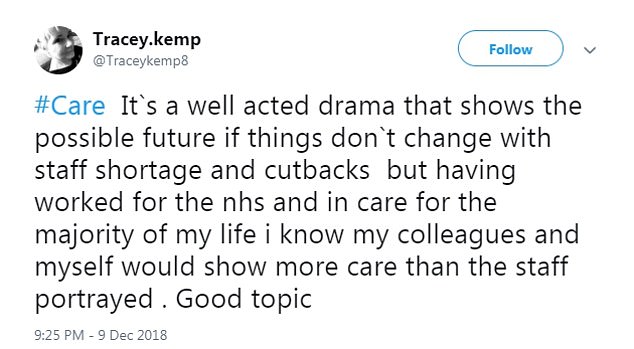 Once she is brought back by the police, a member of staff tells Jenny plainly that they are underfunded and understaffed, making it impossible to care for the patients living there.

Jenny’s sister Claire (Sinead Keenan) also highlights the issues when she delivers an impassioned speech about how she feels the NHS effectively writes off caring for elderly patients because it is a drain on precious resources and funding.

The sisters eventually have a breakthrough when they access the NHS’s Continuing Healthcare programme, although it took seemingly endless effort.

The depiction riled NHS staff and supporters who pointed to the tireless work many carry out on a daily basis. 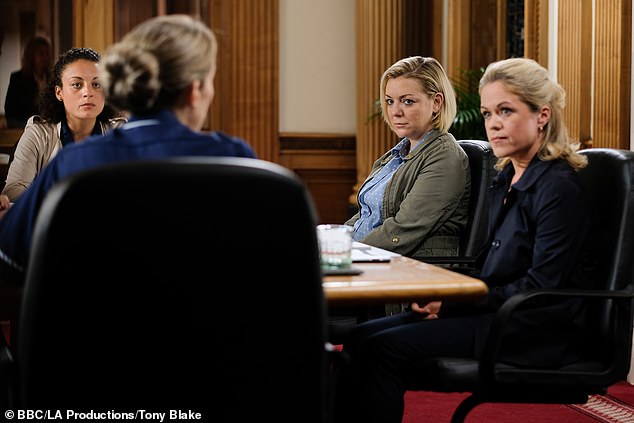 Jenny (Sheridan Smith) and her sister Claire (Sinead Keenan), pictured right, had to fight hard for their mother to receive care

The story struck a chord with viewers whose own lives are touched by dementia, with many arguing it was an accurate representation

One tweeted: ‘Very disappointed in the representation of #Occupationaltherapy in #BBC1 #Care . Having previously worked on a stroke unit as an OT I can see how inaccurate this was! Totally offensive and so frustrating to see! #NHS #Occupationaltherapy #doyourresearch.’

Another added: ‘Absolutely ridiculous portrayal of OT in #care. No compassion. No explanation to the person/family about the whats and whys. You wouldn’t be asking for the baseline 3 weeks after being admitted to hospital. I don’t know what that kitchen assessment was about. Just awful.’

However it struck a chord with other viewers.

‘Glad to see that #Care is highlighting the struggles that families have to go through to get quality care for their loved ones,’ one tweeted.

‘There is too much red tape and box ticking in the care system, and too many private health partners who simply don’t care about people.’

Another posted: ‘I’m seeing a lot of people saying this isn’t accurate depiction, but as far as for me and my mother who care for my Nan with Alzheimers. It’s spot on. #Care.’

Care is available to watch on BBC iPlayer

I broke up with my partner but miss her like mad