The model and Kin Euphorics co-founder got candid about her mental health journey. 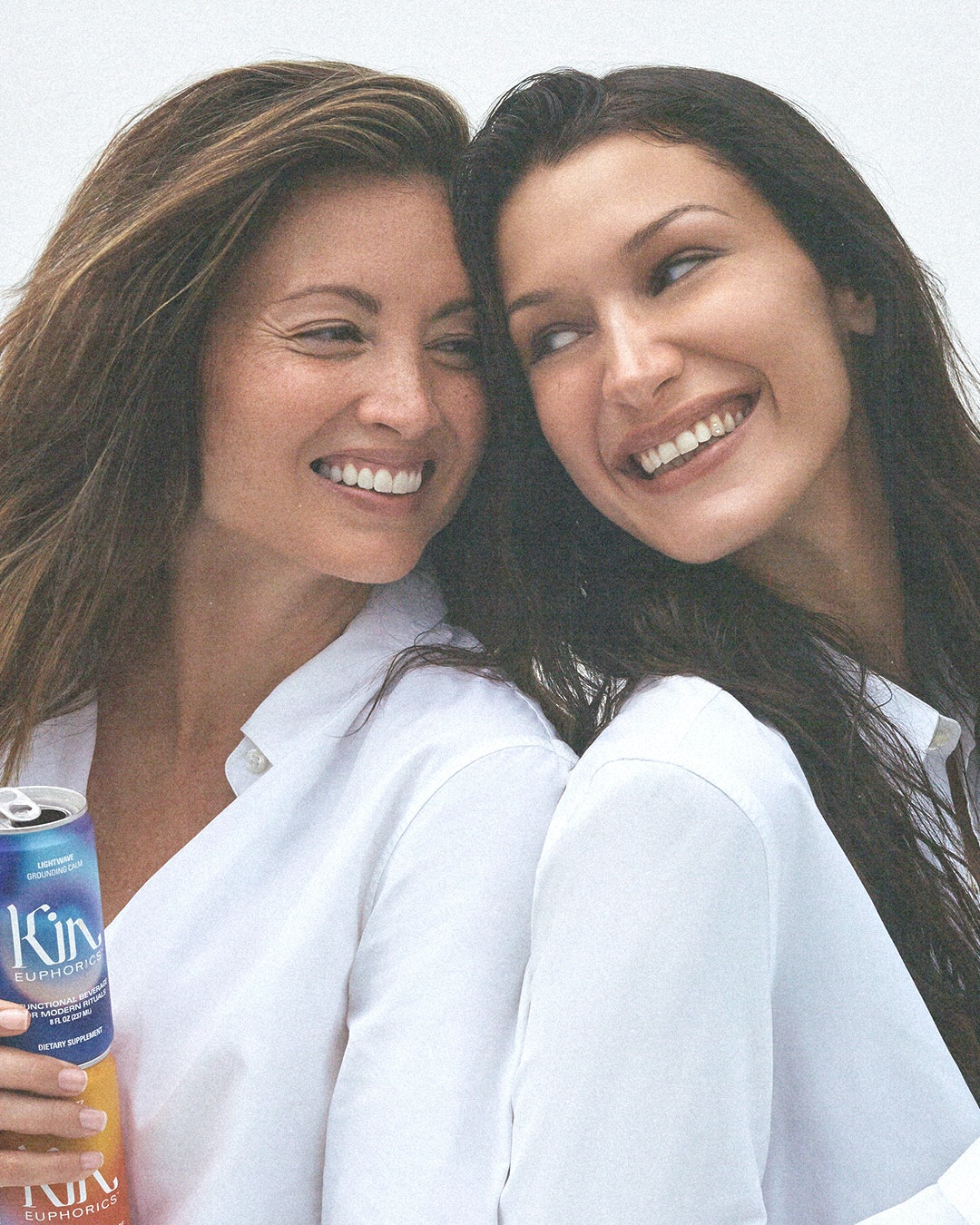 For years, Bella Hadid has been an open book about her health, both in the physical and mental senses. She’s shared stories of struggling with Lyme disease as a teenager and the immune problems that followed the infection, as well as the anxiety and depression she has struggled with while working at the top of the fashion industry. Yesterday, she literally shared a look inside her head.

The reveal took place during a Zoom seminar with Jen Batchelor, the founder and CEO of Kin Euphorics, the non-alcoholic beverage company that Hadid became a partial owner of last year, and Dr. Darshan Shah, the founder of Next Health (a network of medical centers that offer blood testing, cryotherapy, and various wellness-optimizing IV therapies) who recently joined Kin as an official medical advisor.

Midway through the call, the trio was joined by Dr. Daniel Amen, a psychiatrist and brain disorder specialist who shared two SPECT scans of the blood flow in Hadid’s brain, the first of which was taken when the model was at a self-described “rock bottom,” the second after she had been taking vitamins and brain health supplements like GABA—and drinking a daily can or two of Kin—for a number of months. Both images looked like rainbow blobs, but on the older image, Amen pointed to depressions that he said indicated low activity in the frontal lobe. On the more recent scan, they appeared to be improving slightly.

“When I met Dr. Amen, my brain fog was at an all time high, which I’ve dealt with probably since I was 15, from the Lyme,” Hadid said, after reviewing the images. “My mood swings were just horrific because I was also working the way that we all work, which is being on a plane every night and working every day.”

Part of her journey since then, she explained, has been reevaluating her relationship with alcohol. “​​My body does not do well with alcohol,” Hadid said. “And in the fashion industry, we work a lot. So we feel like at night we can play a lot, and then wake up and do it again. And I realized that is not a sustainable life for me to live.”

“I used to drink a lot in college,” the former Parsons School of Design student also noted. “After a full day of school, then I would have to go to castings and then go get my art supplies and I would get home and I would drink a bottle of wine and call it a day. And I’m sure that that’s why my brain looks the way it looks.”

Hadid also shared that she’s doing her first Dry January, taking this month off from consuming alcohol entirely. After the seminar, Hadid told W about her new year’s resolutions. Her number one rule, she says, is to effectively turn her smartphone into a flip phone Monday through Friday, by deleting her social media apps and only using it for phone calls during those days.

“I’ve realized my growth, mentally, when I’m not on my phone,” she said. “When I am on my phone, I realize how much more it affects me because all of a sudden I’ll be staring at this thing and realizing I’m comparing myself again. I’m looking at myself differently. I’m talking down to myself. I’m not with my family.”

Also on her list: working out three times a week and drinking lots of water. “I know that they’re all really lame,” she quipped. “But I keep it very simple because I also know that once I start to go, ‘Oh, I’m going to do this and this and this!’ then I end up letting myself down and I don’t want to do that.”

The last one is “taking adventures and being spontaneous,” she said. “When my brain is active, that’s when I genuinely feel better. The whole frontal lobe of my brain was asleep because modeling wasn’t stimulating for my brain. And so, just being able to do things that make me happy a few times a week, even if it’s just driving to get pizza in Brooklyn or something at night—it’s just little fun things that make you feel better.”

I'm lucky to have sex with my girlfriend every three months