British student, 18, reveals she’s selling her virginity online because she wants to raise £1.5M for a better future – after being raised by a single mother who taught her ‘self-respect’

A British teenager who is auctioning her virginity online to the highest bidder has revealed she made the decision because she wants to build a better future after her mother taught her self respect.

The 18-year-old from London, who goes by the name of Jade, told Femail that she has big ambitions for her future and wants to pay off debts for her mother who brought her up alone.

Business student Jade – who is opening bids at £100K – has never had a boyfriend before as her mother advised her to focus on her studies first and think about relationships later.

‘I have decided to auction my virginity so I can help my mother with financial difficulties,’ she explained. ‘She is a single mother and has raised me very well with manners and respect and to respect myself, so I would like to give back to her. 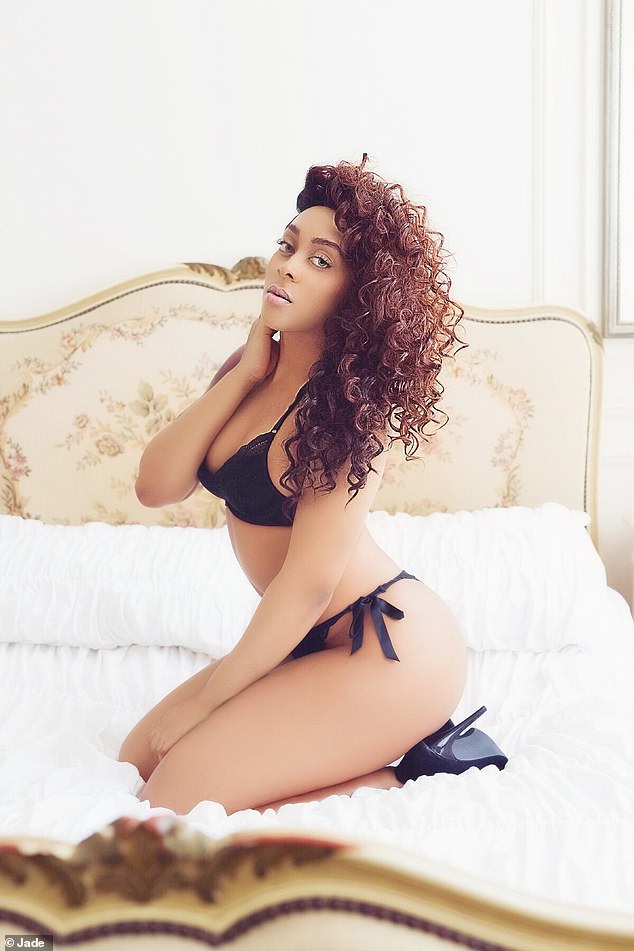 Jade, 18, from London is auctioning her virginity online because she wants to build a better future for herself and pay off her mother’s debts 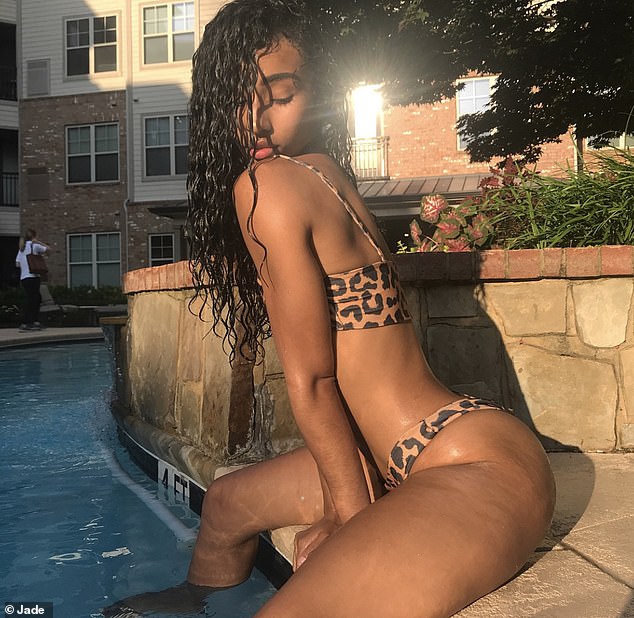 Business student Jade, pictured on holiday, is hoping to raise £1.5M to pay off debts, fund her studies, travel the world and set up her own business

‘Also it would go towards my student fee’s and loans to further me education. I would like to become an entrepreneur and eventually own my own business, as well as travelling the world and doing some charity work.

‘This is my own personal decision I want a better life for myself and my family and I believe with auctioning my virginity my dreams will come true.’

Jade is currently single and said she’s never had a boyfriend before, as she’s been too focused on her studies.

‘I am currently single always have been, I haven’t never been on boyfriends just always on my books. 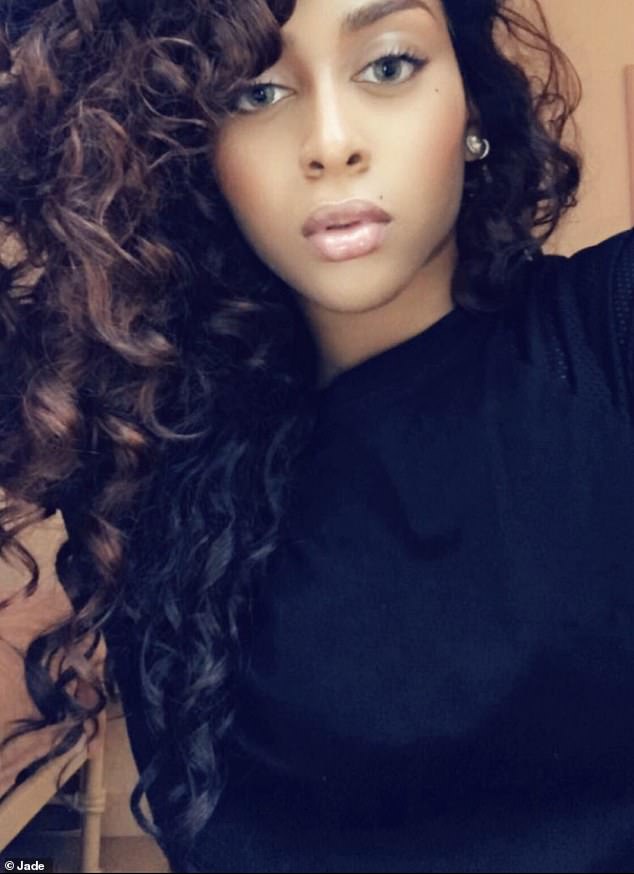 The teenager admitted she is nervous about the encounter as she’s never had a boyfriend, but hopes that she will meet a man who has respect for women

‘My mum said that would get me somewhere in life, so to think first about that and then I can think about boys later in life.’

Jade did attempt other ways to make money before settling on her plan, after working in retail and realising ‘it just wasn’t for me’.

‘I knew it wasn’t what I was meant to be doing with my life,’ she said.

She is know hoping to raise £1.5M from her auction at jade-virginity-auction.webnode.com, but said she’d be ‘happy with a million’, and is currently awaiting her first bids. 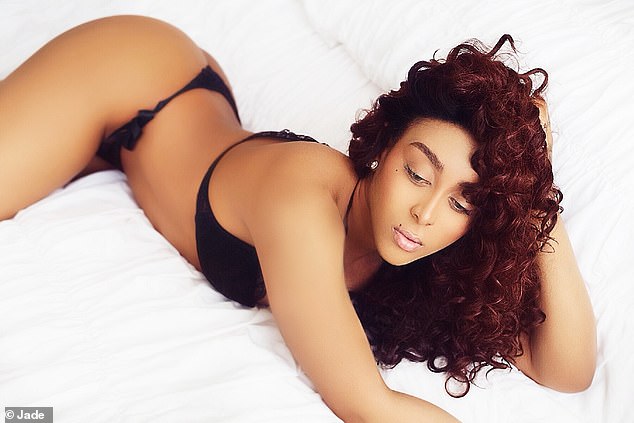 She intends to present the winning bidder with a ‘certificate of virginity’ confirmed by a doctor, and their encounter will take place at a five-star hotel in London.

‘I am hoping for the winning bidder to be a footballer, actor or somebody with their own business so they can also give me directions on how to start my own,’ she explained.

However, she admits to feeling nervous and says that she will make sure someone knows where she is at all times, and that the bidder will have to come to London to meet her. 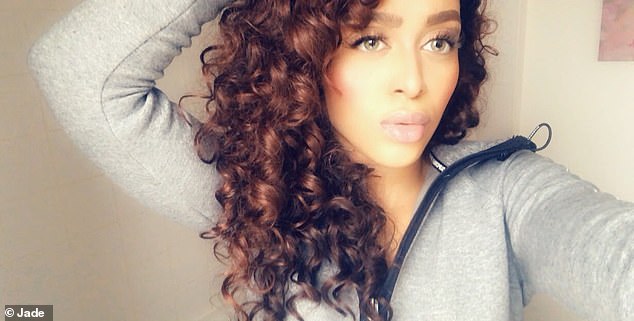 Before deciding to auction off her virginity, Jade tried working in retail to raise money but realised it wasn’t the way she wanted to live her life

‘I am nervous and worried,’ she explained. ‘I’m hoping for the bidder to be polite kind and have respect for women so that will ease my worrying.’

However, her worries are firmly rooted in the present rather than fretting about the impact it might have on her future.

‘At the end of the day it is my choice and something I am just going to have to do to get where and what I want in life.

‘If a future boyfriend can’t accept that then I’m not meant to be with that person.’ 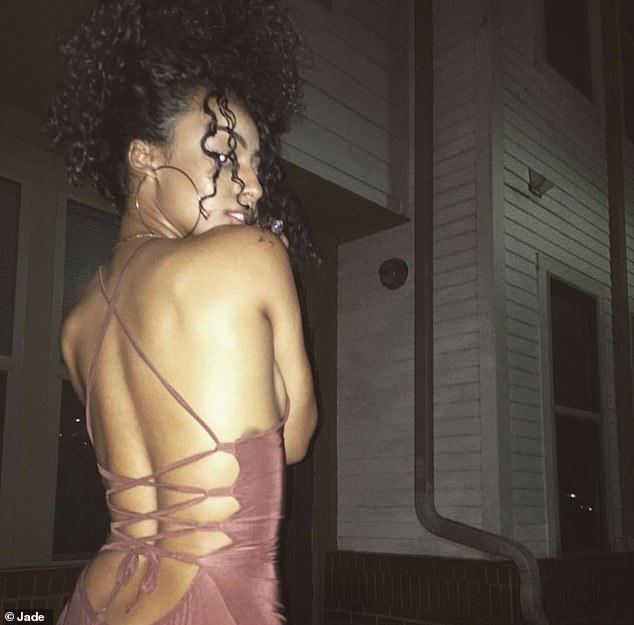 Feeling nervous: Jade admitted that she is worried about the encounter with a stranger but will make sure someone knows where she is at all times and won’t travel to meet the winning bidder

A complete history of Kanye West and Elon Musk’s bromance