Parts of the country could have avoided lockdown and economic ‘devastation’ completely if the government had done rigorous testing at the start of the Covid-19 outbreak, WHO expert claims

Britons should be wearing protective face masks to help prevent the spread of Covid-19, according to a leading public health academic.

Professor John Ashton CBE, former regional director of public health for north-west England, has been heavily critical of the government’s response to coronavirus,

The co-founder of the World Health Organisation’s Healthy Cities Project, also criticised the government’s testing strategy – saying areas of the UK could already be free from lockdown had it been implemented correctly.

Speaking during an online interview with Dr Jen Hough, lecturer at Liverpool Hope University, he said: ‘If we’d had a systematic approach to testing, we probably could have let some parts of the country carry on as normal – in places like the south west of England, rural parts of Wales, and other coastal areas where there weren’t many cases.

‘They could possibly have carried on as normal, but with a regime of screening, testing, isolating, quarantining and so on. We missed the chance to do that. And so we finished up with this devastating situation for the economy.’ 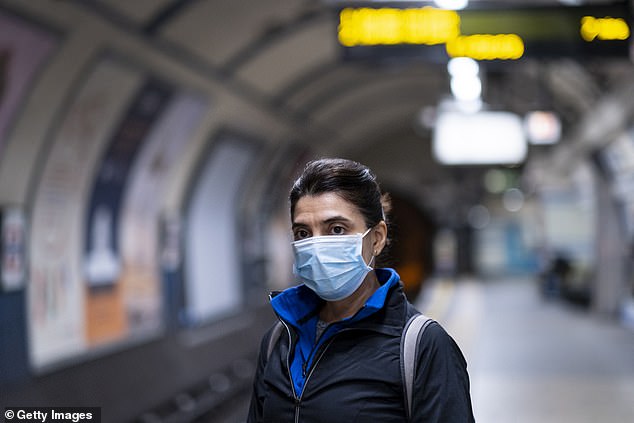 Britons should be wearing protective face masks to help prevent the spread of Covid-19, according to a leading public health academic. Pictured: stock image

‘All of these measures are the classic public health measures… which we didn’t stick to.

‘We just failed to stick to the textbook of how to go about these things. And because we didn’t get a grip on it sooner, we ended up having to lock down the whole country. 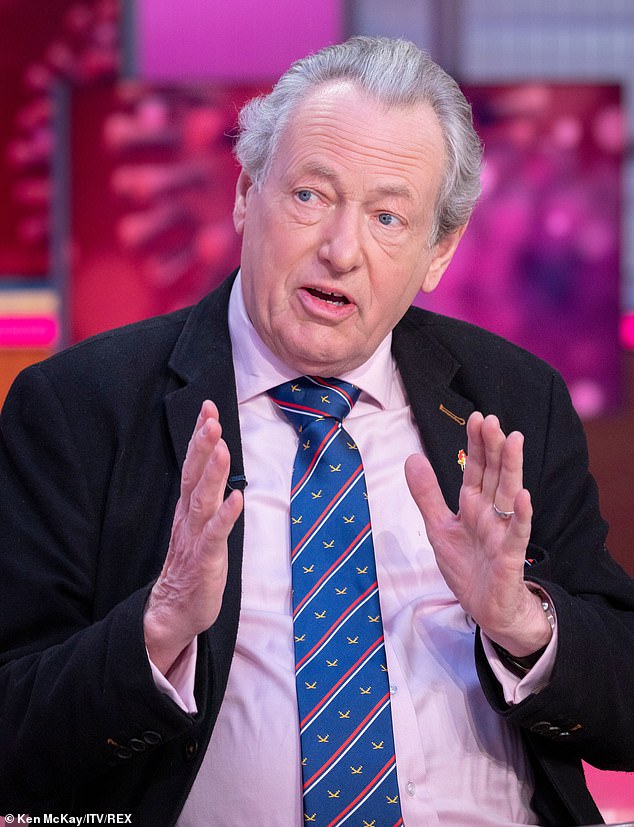 Professor Ashton is highly critical of the government repsonse, pointing to a slow initial reaction and lack of PPE preparedness.

Yesterday the UK became the first country in Europe to record 30,000 deaths from the coronavirus after it announced 649 more victims.

Now at a total of 30,076 dead because of the Covid-19 outbreak, the UK has hit the grim milestone before either Spain or Italy, which were widely considered to have the worst outbreaks in Europe. Only the US has recorded more fatalities, with 72,000.

With Prime Minister Boris Johnson announcing he is hoping to begin easing the UK’s coronavirus lockdown on Monday, Professor Ashton – former president of the UK faculty of Public Health – addressed contradictory government advice on face masks to state his own belief in how important they could prove in stemming a potential second wave of the pandemic.

‘It’s my belief people should be wearing some type of personal protective gear to stop them infecting others.

‘It doesn’t have to be a surgical mask. We’ve seen in some countries people making covers for their mouths out of tea towels and T-shirts for when they’re mixing with other people.

‘These are measures which need to be done.’

Last Thursday, during his national address, Prime Minister Boris Johnson said face masks would prove ‘useful’ when the nation does leave lockdown in terms of ‘giving people confidence that they can go back to work’. 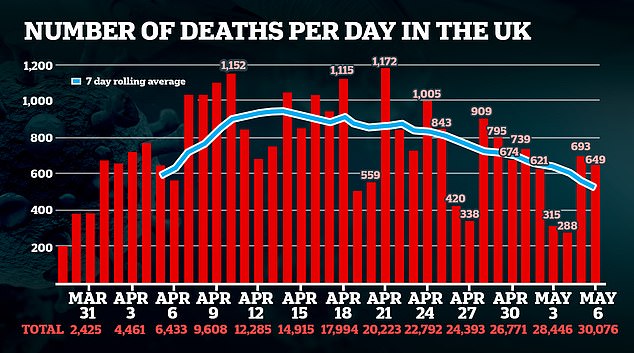 Boris Johnson admitted in Parliament yesterday that the UK’s death toll from the disease is ‘appalling’ in his first Prime Minister’s Questions appearance since recovering from it himself, but refused to be drawn on comparing it to other countries’.

Sir Keir Starmer, who is a lawyer by trade, started questioning the Government’s tactics in Prime Minister’s Questions today in his first showdown against Mr Johnson since he took over from Jeremy Corbyn.

He said: ‘Yesterday we learned tragically that at least 29,427 people in the UK have now lost their lives to this dreadful virus.

‘That is now the highest number in Europe. It is the second highest in the world.

‘That is not success, or apparent success, so can the Prime Minister tell us how on earth did it come to this?’ 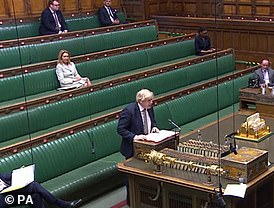 Mr Johnson replied: ‘First, of course, every death is a tragedy and he is right to draw attention to the appalling statistics not just in this country but of course around the world.

‘I think I would echo really in answer to his question what we have heard from Professor David Spiegelhalter and others that at this stage I don’t think that international comparisons and the data is yet there to draw the conclusions that we want.

‘What I can tell him is that at every stage as we took the decisions that we did we were governed by one overriding principle and aim and that was to save lives and to protect our NHS.’

But Professor Ashton said that he believes the government has, in some ways – apart from the constant incitement to wash your hands – ‘really neglected the community end of this epidemic’.

‘The community end is terribly important, particularly now that we’ve got many people being sick at home – and many elderly people probably dying at home,’ he explained.

‘And we have to really be on top of personal hygiene and personal prevention.’

When it comes to fatalities, Professor Ashton says we’ve experienced ‘far more than might have happened if we’d done the right thing, in the right way, at the right time’ and accused Boris Johnson of being ‘on the back foot’ from the beginning.

And he said the threat from a deadly ‘second wave’ of the virus is very real.

‘Because it’s a new virus, we’re not very confident about its behaviour,’ he warned.

‘We don’t know if it will fade during the summer months with increases in temperature, or whether it will come back again (in the autumn) as we move into the colder seasons again.

‘We know from the 1918-1919 influenza epidemic that it went away initially in the early part of 1918 and then came back with a vengeance towards the end of 1918 – and killed between 50 and 100 million people worldwide.

‘Getting the PPE delivered and in place and people using it properly – these are the things that are absolutely essential before we can contemplate lifting up on the lockdown or thinking about moving forward and hopefully preventing a second wave coming in the autumn.’

Worryingly, we should not pin all our hopes on a vaccine, either.

Professor Ashton admitted: ‘What’s fair to say about the search for a vaccine is scientists around the country, and internationally, are working incredibly hard on this, and there’s lots of cooperation going on between companies and organisations who’d normally be competitors.

‘Normally, to produce a new vaccine would take years. The indications are that we might be able to have a vaccine in mass production within about 12 months. There are tests beginning already. 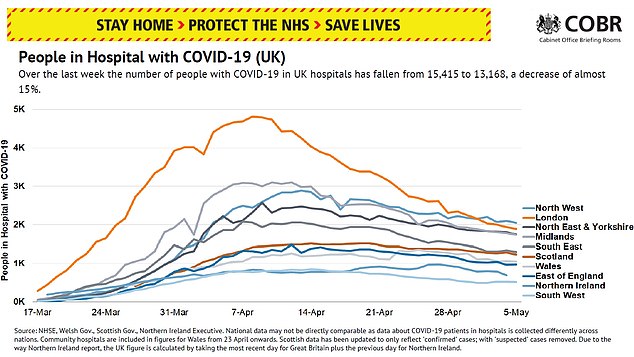 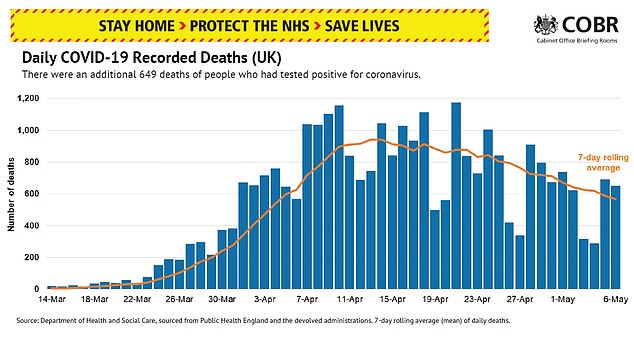 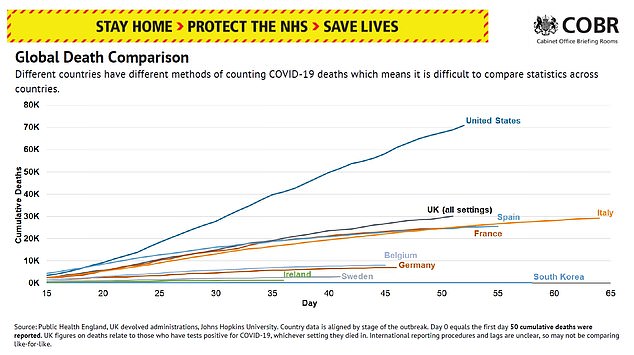 ‘But going from tests, to having a vaccine that works, to mass production in terms of millions of doses, is a big ask.

‘The other problem you have is that even if you have a vaccine that works against the existing strains of the virus, these viruses are very adaptable. They may change, mutate.

‘And by the time you’ve developed the vaccine, it may be that the virus itself is different and that the vaccine may not work against it.

‘We have to just hope that we get it right, and the emphasis on vaccine research will no doubt continue for many years ahead.’

The COVID-19 outbreak could have already killed as many British people as the Blitz air raids did in the Second World War, data suggests.

Figures published by each of the individual nations has suggested the the true death toll could be 42 per cent higher than the Department of Health count.

Officials had, by that time, counted only 22,173 fatalities linked to the virus, suggesting the true death toll today is higher than 40,000.

The Blitz, a seven-month bombing campaign waged against Britain by Nazi Germany in 1940 and 1941 killed around 40,000 people, according to Parliament UK. 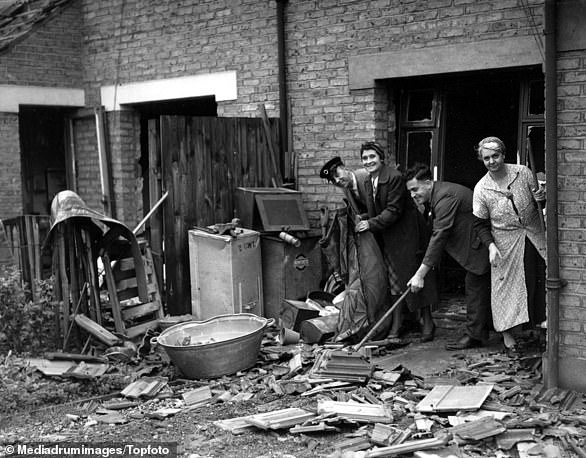 A family clean up debris outside their house in Bexleyheath, London

Most of the raids took place in London after beginning with ‘Black Saturday’ on September 7, 1940, when the Luftwaffe attacked the London Docklands.

They would go on to bomb the capital city day and night for months, switching to night-only operations in October.

While the air raids mainly targeted London, where they wreaked havoc and killed thousands, they were carried out across the UK, with devastating attacks aimed at Bristol, Birmingham, Coventry, Bath, Cardiff, Clydebank, Liverpool, Manchester, Plymouth, Portsmouth, Sheffield, Southampton, Swansea and Swindon before the campaign came to an end in May 1941, seven months after it had began.

London was attacked 71 times and bombed by the Luftwaffe for 57 consecutive nights. More than one million houses were destroyed or damaged in the city and, of those who were killed in the bombing campaign, more than half of them were from London.

Adolf Hitler had intended to demoralise Britain before launching an invasion using his naval and ground forces, but the Blitz came to an end towards the end of May 1941, when Hitler set his sights on invading the Soviet Union instead.