Dance is the most physical and transient of arts, yet, ironically, a key to its future may be on screen. 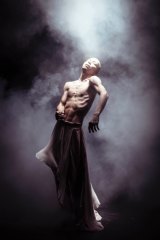 Choreographer Sue Healey is certain of it.

“Screens," she says firmly, citing the screen-based world in which today’s young generation lives and communicates. “Kids will sit and watch dance on screen, but not in a theatre for an hour.”

Healey has written a platform paper for Currency House, tracing her moves into dance and film as a developing partnership in its own right, a success story that has taken her work across the world from her adopted home of Australia.

This is good news at a time when Australian dance, especially for independent artists, is taking a battering through decreased funding and shrinking resources. Only this month, Ausdance National, the art-form’s peak body, folded after 42 years. It failed to find replacement funding for the government backing lost when senator George Brandis restructured Australia Council funds in 2016.

Healey is not talking about a straightforward recording of a stage work but a melding of two art-forms. Seeds  might have been sown in her New Zealand childhood in the isolated town of Gisborne, where her father enthusiastically captured family activities with his Super 8.

This was also her first camera, used as a tool to record aspects of her choreography before it became part of her creative armoury. Though not, she insists, in her hands. Her current cinematographer, in a collaboration of more than a decade, is Judd Overton. 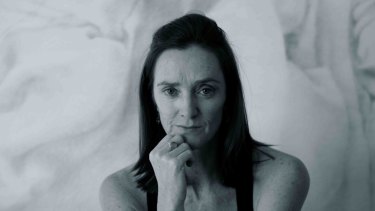 Choreographer Sue Healey believes dance may be saved by screens.

Their ongoing project is On View, which has been created in versions for Australia – seen in Sydney in 2015 – Japan and Hong Kong. The latest additions are slated for 2020. The format is a multiple portrait of an individual: in live performance and on screen in formal and unexpected situations such as dancing with a horse or a praying mantis, combining the physicality of a living dancer with the close-up detail only the screen can provide.

Another current project is a time-lapse work in which she is choreographing 104-year-old dancer Eileen Kramer through a series of photographs she edits as she would choreograph.

The two activities have a lot in common, says Healey, who still links abstract algebraic equations from her university maths course to choreographic challenges in the studio and editing at her computer.

“The control!” she declares with a mischievous grin, referring to the process of editing film and all its opportunities for change. “The ultimate control that a choreographer never has with human bodies.”

Healey’s aim is “to find a new synergy of choreography and the moving image … Film began to open up new audiences and contexts for me, so for the past 25 years I have been working at the nexus of dance and film, and doors continue to open to a vast range of possibilities and collaborations.”

While most of these evolve through the creative process – camera work, editing, setting her dancers in unexpected places – others can emerge in the locations for showing her work, mostly galleries but also public spaces.

The most accessible has been Sydney’s Wynyard Station, where she made a piece for 13 performers of all ages across a screen 22 metres wide and three metres high – and seen by an estimated 30,000 people a day for several months.

In her platform paper, Healey quotes the perceptive New York critic Marcia Siegel from 1968: “Dance exists at a perpetual vanishing point. At the moment of its creation it is gone.”

Healey has titled her essay Capturing the Vanishing and she asks the question: “How can film capture the visceral organic reality of live performance and take us beyond the vanishing point?”

For an answer, keep watching those screens.

How much are your 90s toys worth? From Tamagotchis and Sky Dancers to Polly Pocket and the Nintendo 64