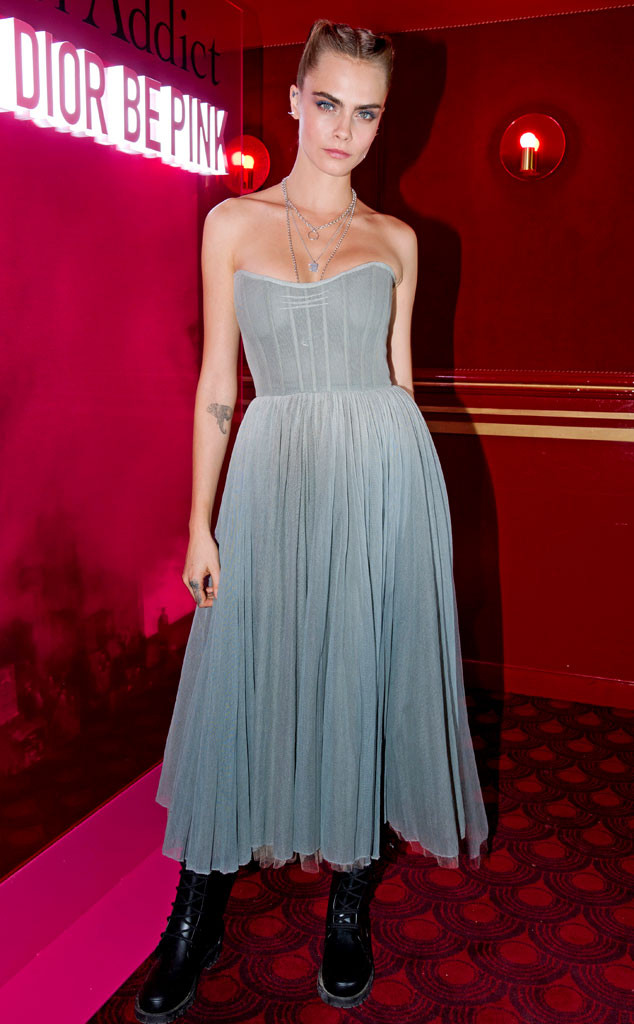 Whew, it is getting hot in here?

Cara Delevingne, who is openly bisexual and has for months been linked romantically to Ashley Benson, discussed sex and relationships in an interview on RuPaul‘s podcast RuPaul: What’s The Tee with Michelle Visage on Wednesday.

“I love people. If I didn’t do acting or music or modeling, I wanted to be a psychiatrist or a psychologist or do anthropology, like I love people, and part of sex is connection,” the 26-year-old actress and model said. “It’s feral. You meet someone and you can- when they go in the bedroom, it’s another animal. To me, that is so interesting, ’cause there are certain people who are super sexy and they flirt with you but then you have sex with them and they’re terrible. I like people who are really prudish because once they get in the bedroom, they’re like, what? And it’s like a hot transformation.”

“And to be honest, I like, as a person, generally, I’m really good at giving love and not receiving it, and I’m kind of the same in bed as well,” she continued. “There’s a part of it where I find it quite difficult to receive pleasure or love, things like that, and so I just kinda like to give.”

Delevingne revealed that she lost her virginity at age 18. She also joked that the best ‘gift” she could give to a lover would be an orgasm.

“I’d rather have sex than go out now,” she said. “I’d rather sit at home and play like, Charades with my friends.”

She also talked about discovering her sexuality.

“I have sisters, but I spent a lot of time alone, and films and fantasy and books were so incredible to me. I learnt so many lessons from that—from like, Disney and that kind of fairy tale thing,” she said. “That was part of the thing that I never really wanted to accept my sexuality, because I was like, Disney princesses all love men. That’s the way it is and I’m not gonna be a princess if I don’t.”

“That whole courting process of power is very interesting, and it’s different with men and women,” she said. “I’m always very submissive with men. Always. But with women, I’m the opposite. So it’s weird.”

Will the government’s financial support package be enough for businesses to survive Sydney’s lockdown?

Amanda Bynes’ Move to End Conservatorship Has Been ‘Extremely Cathartic'