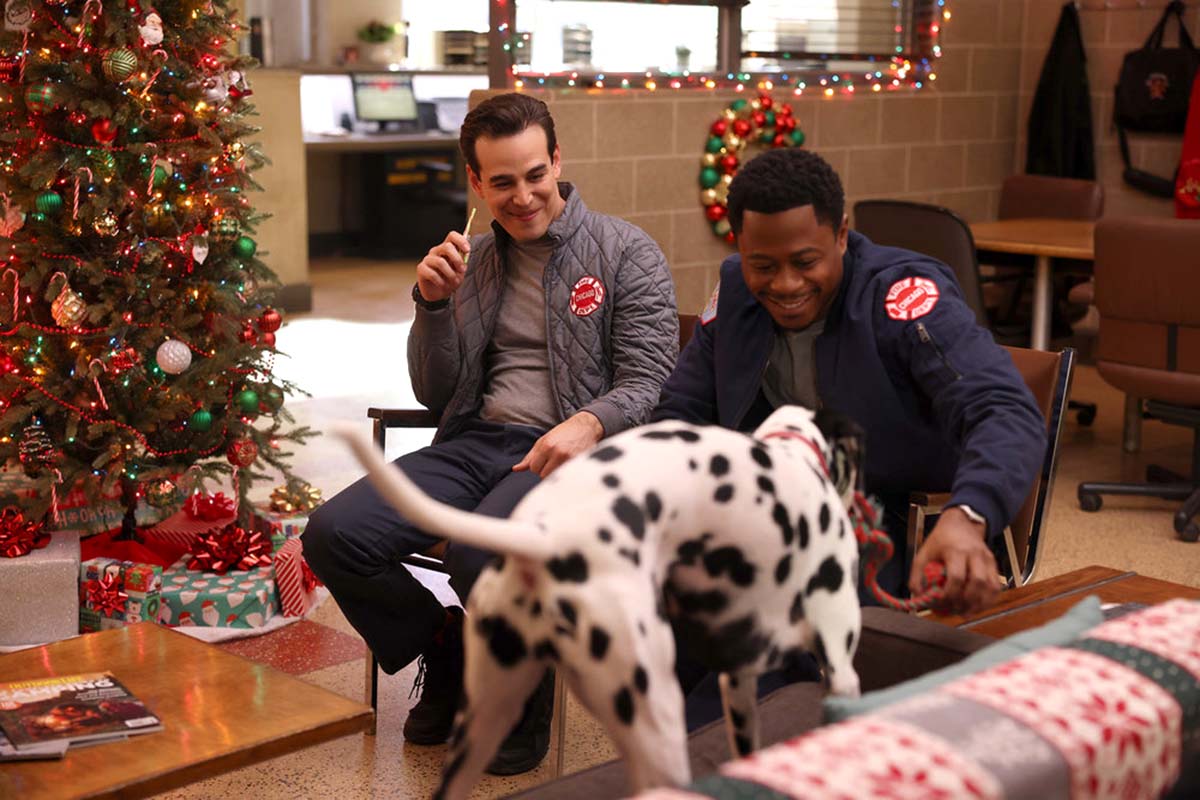 Forever part of Firehouse 51! Chicago Fire’s Dalmatian, Tuesday, died over the weekend, after working on the series for four years.

One Chicago’s Most Heartbreaking Exits

Tuesday’s trainer, Christine Mahaney, confirmed the dog’s passing via social media on Monday, May 23, writing, “It breaks my heart to share that Tuesday passed away on Sunday, May 22, due to unforeseen kidney issues.”

The WhatADog founder, who works with a variety of animals for Hollywood projects, shared a photo of the pooch via Instagram, noting, “This may be the most difficult post I ever make.”

Mahaney revealed that due to Tuesday’s sudden passing, the pup’s last episode on the NBC drama will be the season 10 finale, which airs on Wednesday, May 25.

“The love from you, Tuesday’s fans, over the past 4 years has been immense,” the post continued. “Allowing her into your homes and hearts will forever be cherished. Tuesday loved working on set and being a part of the Chicago Fire family. Her tail never stopped wagging. She truly was very special.”

Chicago Fire fans met Tuesday during season 7 when her owner Darren Ritter (Daniel Kyri) brought her to the firehouse amid her separation anxiety issues. She eventually won over the firefighters and was dubbed the house dog.

Kyri, 26, mourned the loss of his scene partner via his Instagram Story on Tuesday, May 24. 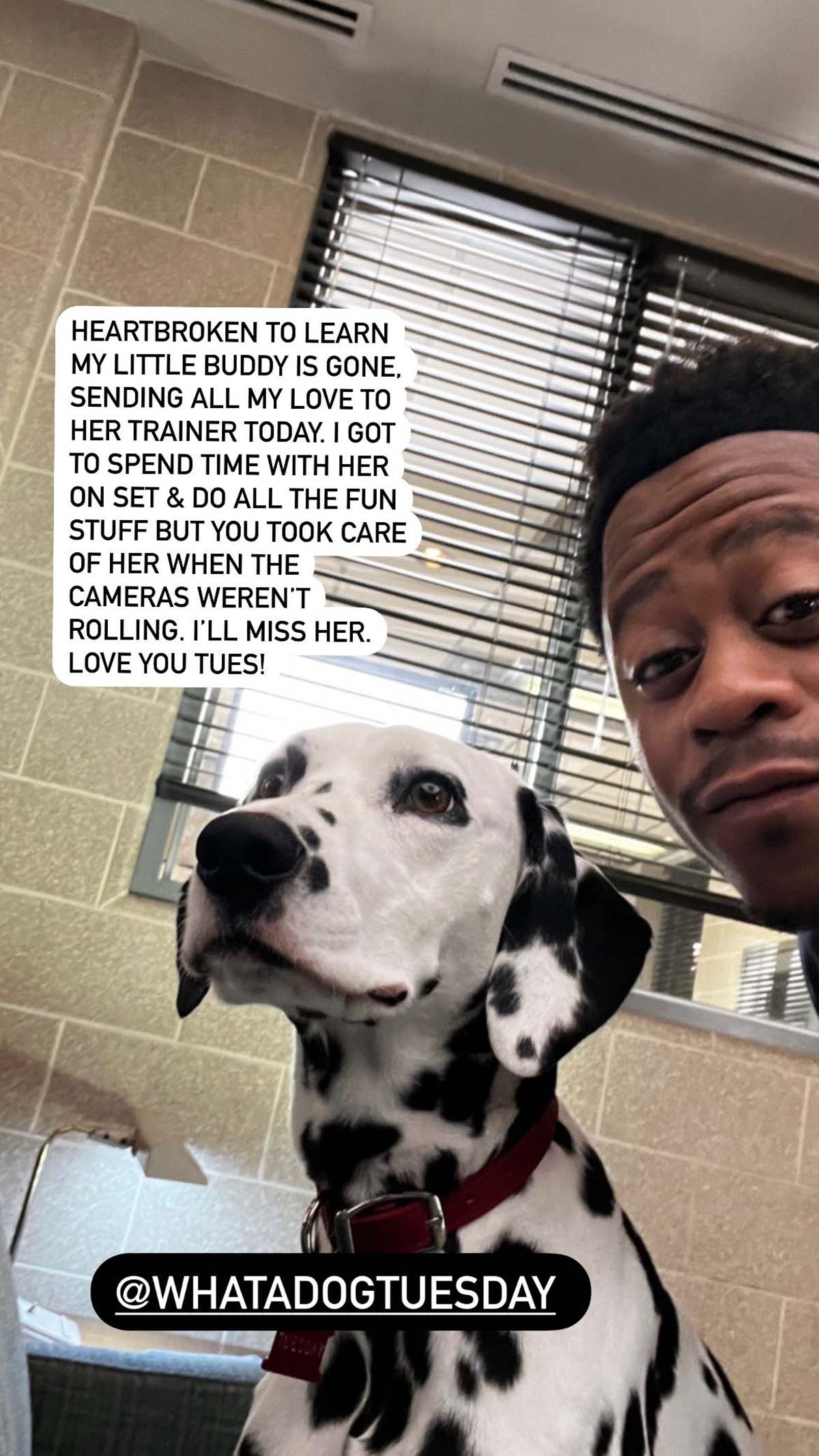 “Heartbroken to learn my little buddy is gone,” he wrote, sharing a snap with the Dalmatian from set. “Sending all my love to her trainer today. I got to spend time with her on set & do all the fun stuff but you took care of her when the cameras weren’t rolling.”

These Are the Best TV Pets Of All Time

Fans will get to see Tuesday one last time during Wednesday’s highly-anticipated finale, which will focus on Kelly Severide (Taylor Kinney) and Stella Kidd’s (Miranda Rae Mayo) wedding.

“It was special,” Kinney, 40, exclusively told Us Weekly earlier this month of filming the nuptials. “It was a family affair. It was a big event.” 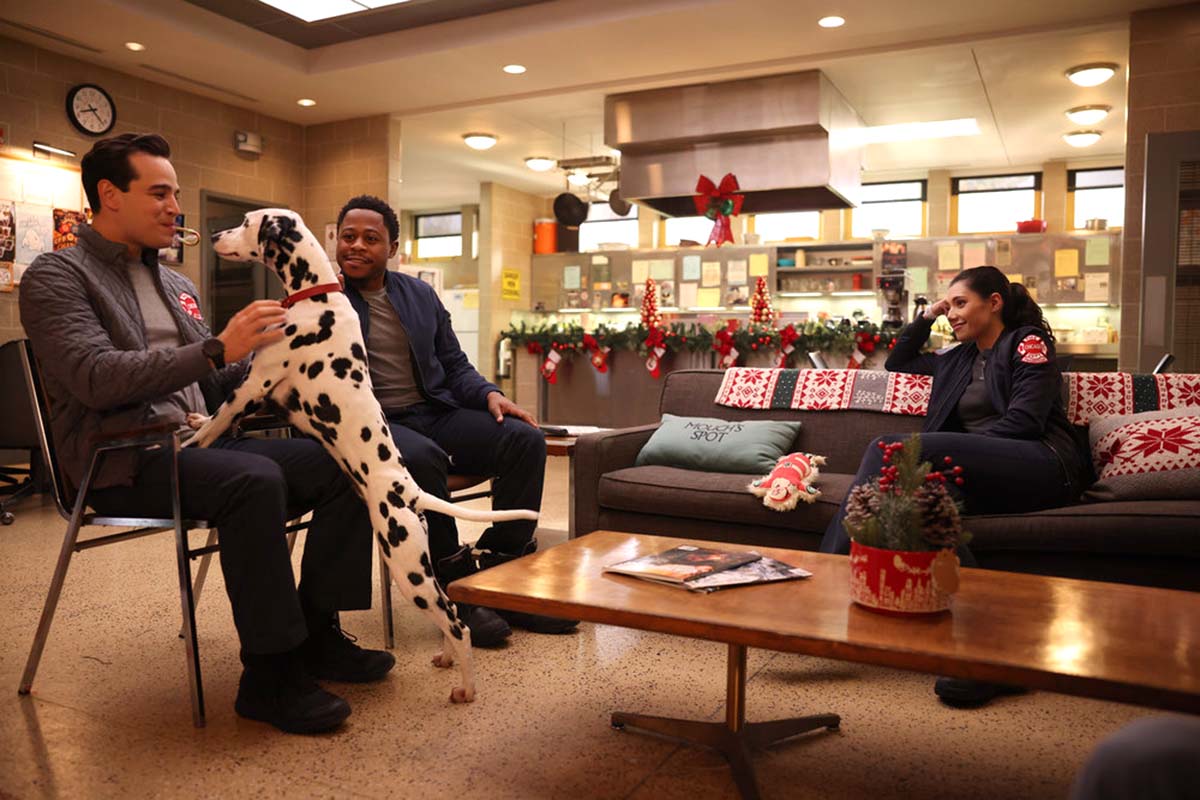 The Pennsylvania native, who has been part of the cast since its 2012 start, teased that while there may be “plot twists,” viewers won’t be disappointed. “I hope they get as much out of it watching as we did shooting it. It was a blast. We had a lot of fun,” he added.

The episode will also mark the return of Jesse Spencer’s Captain Matthew Casey. The Australia native, 43, previously exited the series in October 2021 midway through season 10. “Casey [is] Severide’s best man,” Kinney confirmed to Us ahead of the big finale.