Clare Crawley and Dale Moss are back to being cozy on the ‘gram.

On Friday, the “Bachelorette” couple got close in a new photo, weeks after making their reunion Instagram official.

“This makes me happy,” Moss captioned the image, which featured Crawley, 40, draping an arm around the former NFL wide receiver, 32.

In the shot, Moss is seen grinning in a striped shirt while Crawley stands behind him in a black floral dress. The Sacramento-based hairstylist also appeared to sport the Neil Lane engagement ring that she received from Moss last year.

Crawley’s whirlwind romance with Moss began on Season 16 of “The Bachelorette,” which aired on ABC this past fall. The couple got engaged after a few episodes, leading Tayshia Adams to step in as the new “Bachelorette.”

In January, however, Moss confirmed that he and Crawley had ended their engagement, posting to Instagram at the time: “This is the healthiest decision for both of us at this time.” 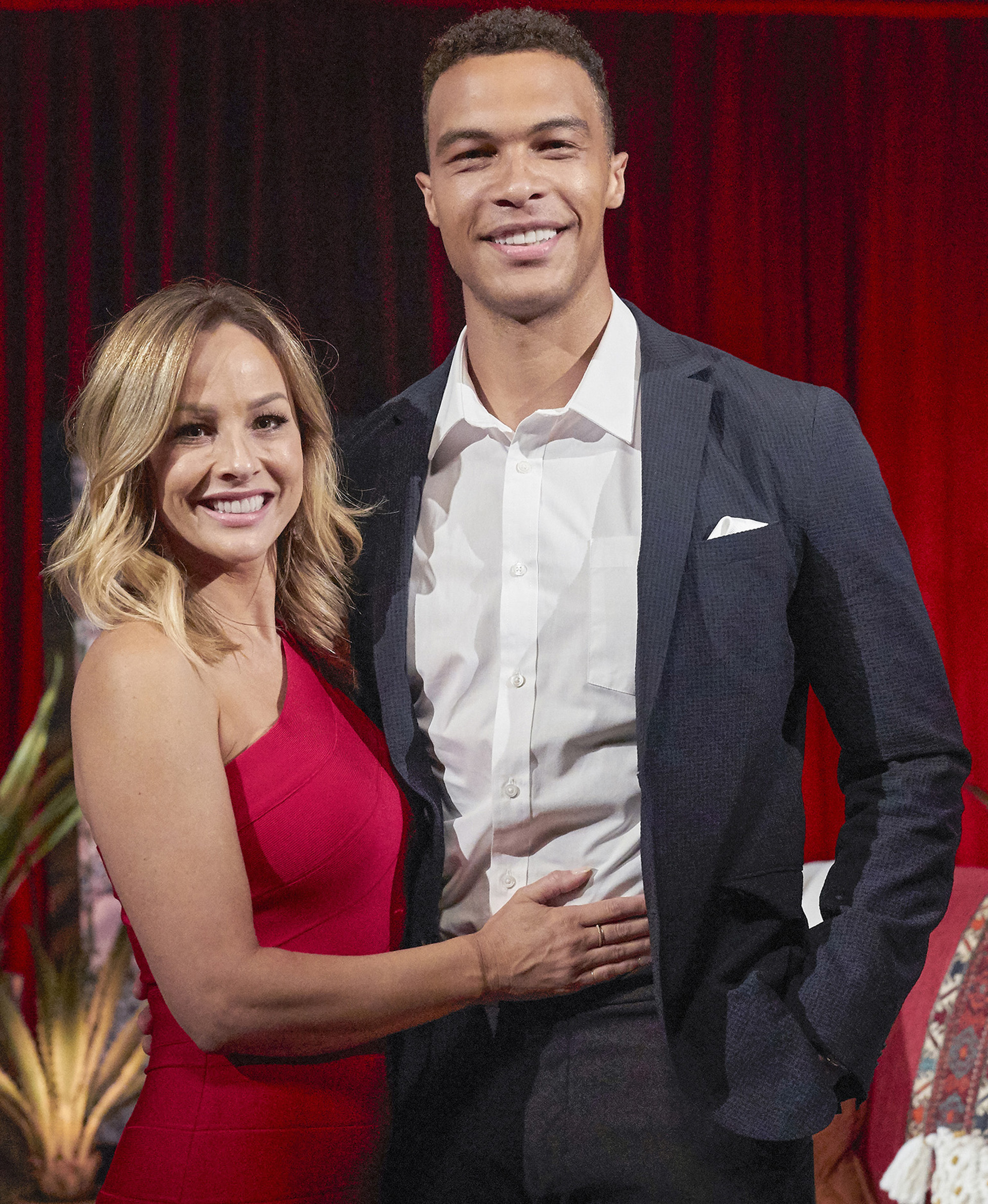 In a separate post, Crawley told her fans she was “crushed” following her breakup with Moss.

Moss was also at the center of cheating allegations earlier this year. Eleonora Srugo, whose name was linked to Moss, denied the two were ever romantically involved.

Rumors of a reunion between Crawley and Moss began to circulate in the spring when the couple was spotted kissing in New York.

Moss recently said that he and Crawley are “in a good place.”

“We are definitely taking time and spending time together,” Moss said in April on the podcast, “Hollywood Raw with Dax Holt and Adam Glyn.”

“Clare and I, we’re in a good place. When the time is right we will definitely talk about all those things [publicly]. For right now, we’re just focused on one another. We’re keeping things private and that’s working for us, in time we’ll speak about that together,” he continued.