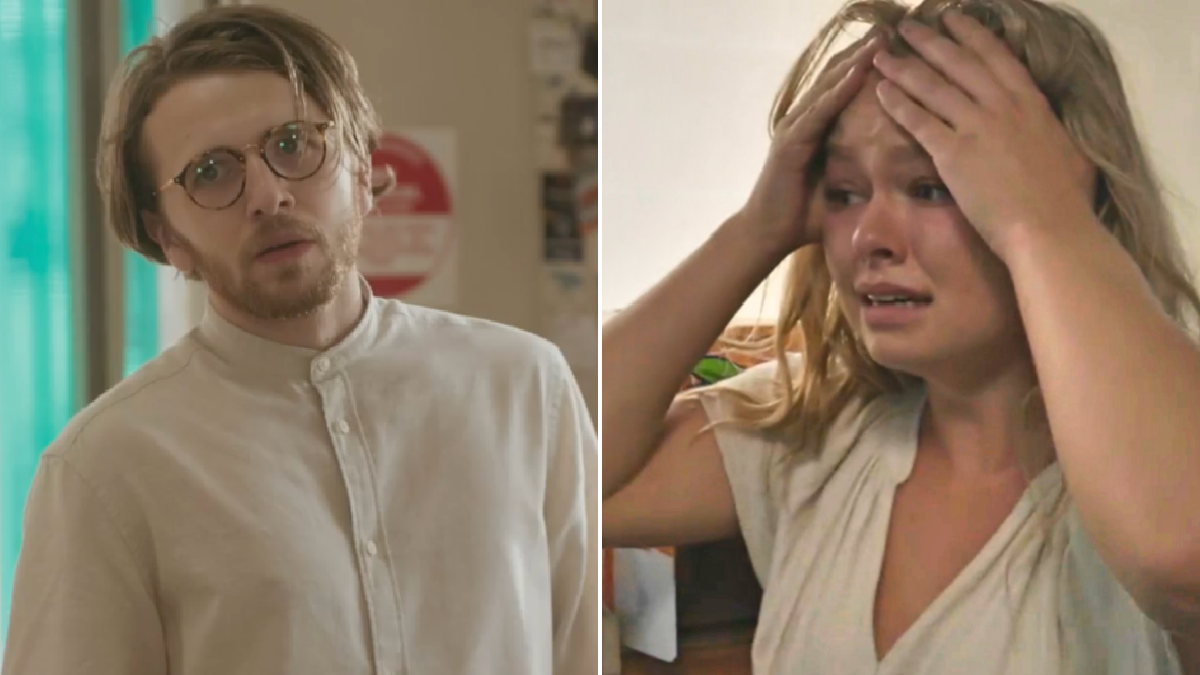 Harlow Robinson (Jemma Donovan) was left in shock in Neighbours, after finding out that Corey Smythe-Jones (Laurence Boxhall) has been drugging her.

Corey, as viewers are aware, is a member of The Order, and he has been tasked with recruiting Harlow.

His mission has proven successful thus far, as he’s been manipulating her, isolating her from all of those around her.

Freya Wozniak (Phoebe Roberts), however, proved to be a thorn in his side, as she figured out what he and colleague Christabel Bancroft (Sid Zygier) were up to, and made plans to put a stop to it.

Corey successfully apprehended Freya before she could get to Harlow, but he was forced to think on his feet, as he took Harlow on yet another trip.

Harlow, suffering from the drugs he’s been putting in her food, felt incredibly unwell, and begged him to pull over the car so that she could be sick.

Corey did just that, allowing Harlow to throw up on the side of the road. Afterwards, she felt much better.

In fact, it was the most awake she’d been in weeks, prompting Corey to give her a water bottle, which was laced with drugs.

The villain popped out to get some food, but something he said left Harlow on edge, and after hunting through her backpack, she realised that Corey had been drugging her!

She headed into the restaurant, and notified one of the employees that she was in danger. The employee called for the police, but Corey figured out what was going on and chased Harlow!

Harlow locked herself in a room, but Corey was adamant that he wasn’t leaving without her, as he retrieved a crowbar and started attacking the door!

Freya, meanwhile, managed to break free, and with Levi Canning (Richie Morris) and David Tanaka (Takaya Honda) having successfully located her, the trio set off in search of Harlow.

The question is: will they find her in time before Corey breaks the door down?

Neighbours continues Wedesday May 25 at 1:45pm and 6pm on Channel 5.

15 Best Early Labor Day Deals on Cozy Joggers From Amazon — Up to 91% Off!