Costco is dropping coconut milk produced by major Thailand-based manufacturer Chaokoh from its inventory following accusations of forced monkey labor, according to People for the Ethical Treatment of Animals (PETA) officials.

However, it's a claim Theppadungporn Coconut Co., Ltd. (TCC), the manufacturer and distributor of Chaokoh coconut milk, flatly dismissed nearly four months ago.

Despite Theppadungporn's denials, Costco has become the latest in a slew of retailers that have dropped coconut products from Thai suppliers that have been accused of using monkey labor to harvest the products, PETA officials announced.

"No kind shopper wants monkeys to be chained up and treated like coconut-picking machines," PETA President Ingrid Newkirk said. "Costco made the right call to reject animal exploitation."

Costco's move to do so comes after PETA disclosed that investigators "found cruelty to monkeys on every farm, at every monkey-training facility, and in every coconut-picking contest that used monkey labor," officials said. 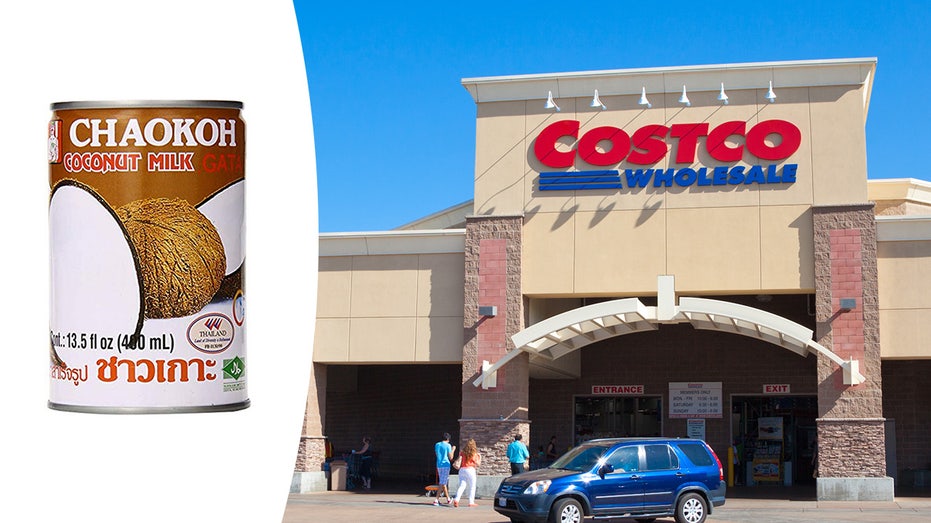 During the investigation, PETA investigators noted that the monkeys were "kept tethered, chained to old tires, or confined to cages barely larger than their bodies." One coconut farmer even confirmed that handlers may even pull out the animal's teeth if and when they become terrified and try to defend themselves, the animal rights organization said.

"Until Chaokoh stops using chained monkeys as coconut-picking machines," Costco will no longer purchase their coconut milk, the organization added.

However, Theppadungporn Coconut initially dismissed these claims in July, saying customers could trace back all processes to make sure that the products are environmentally sustainable.

US BANS CHINESE PRODUCTS BELIEVED TO BE MADE BY FORCED LABOR

"It is not only our duty, but our integrity to take care of nature, human and wildlife, as a whole," Aphisak Theppadungporn, a managing director of Theppadungporn Coconut, said. "We have a clear-cut policy on this issue to ensure that our business will not tolerate any sign of animal and wildlife labor or abuse."

The company also noted that farm inspections are also carried out "to verify that the contracted coconut farmers meet Chaokoh's requirements – including zero monkey labor harvesting."

Following the recent report on Costco, the company told USA Today that it "reassures that we do not engage the use of monkey labor in our coconut plantations."

PETA officials began campaigning the wholesaler to nix the brand earlier this year after the first meeting with Costco representatives at the retailer's headquarters in January. The organization said it had subsequent discussions with the company and even issued a letter to Costco from singer Belinda Carlisle, who now lives in Thailand, on behalf of PETA.

And Costco isn't the only retailer to take such action, according to PETA. In fact, it is one of 25,000 other stores, including Walgreens, Food Lion, and Stop & Shop, that have banned coconut milk brands that use monkey labor, PETA said.

The agency is now turning to Kroger to do the same.

Representatives for Costco and Theppadungporn Coconut have not immediately responded to FOX Business' request for comment.

You Need the Best Black Friday Furniture Sales of 2020 in Your Life, Don't You?