Tiddler on the roof! Walker gets the shock of their life when they spot a tiny dachshund standing on TOP of the local pub

Dogs have a habit for getting themselves into hilarious predicaments, and every so often, a great photo opportunity arises.

One walker found just that when they strolled past a Sheffield pub and looked up to spot a small dachshund confidently standing on the roof.

The pub, named The Three Merry Lads, went viral on a Reddit forum after the walker posted a photo of the scene and captioned it, ‘On the morning countryside dog walk when I hear barking. Couldn’t figure out where it was coming from until I look up.’

Luckily, for all dog lovers worried about the pup’s fate, his owners saw the photo and made sure to put everyone’s minds at ease. 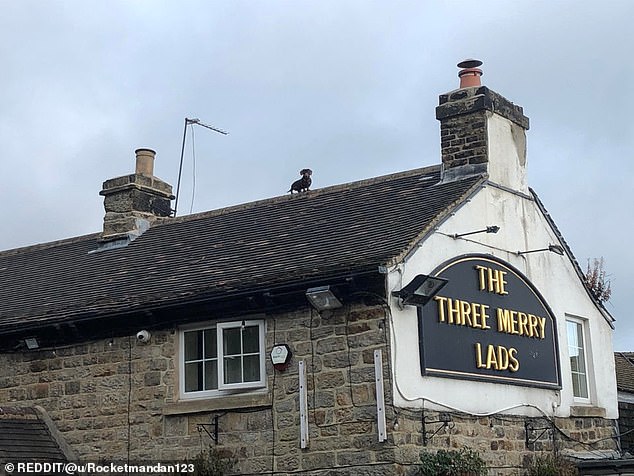 ‘This is Chester,’ said the owner.

‘He is my dog. He’s fine… think’s he’s Spiderman… we live in the flat above the pub and he likes to escape and have a look around.’

‘To be fair to him, we do have amazing views so get why he enjoys it!’

Other people who saw the photo were quick to crack jokes about the small dog’s seemingly precarious situation. 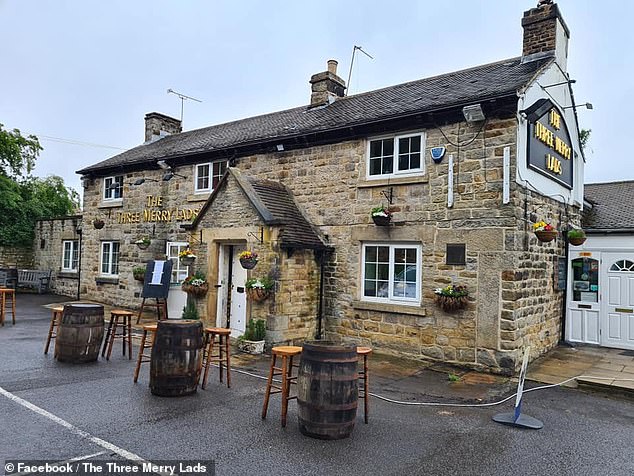 The owner of the dog, Chester,  who lives above the pub, told the reddit forum that the pup would often climb up to take in the surroundings

In a well-timed interaction on commenter kicked off with, ‘That must be one of those ‘updogs’ I keep hearing about.’

‘Not much, what’s up with you?’ concluded a third.

Another person wrote, ‘The Two Merry Lads told him not to, but you know what he’s like when he’s been at the biscuits.’

A fellow joker commended the dog on its bravery saying, ‘I love the fact that dachshunds don’t understand that they are small. They honestly believe that they are big hunting dogs!’ 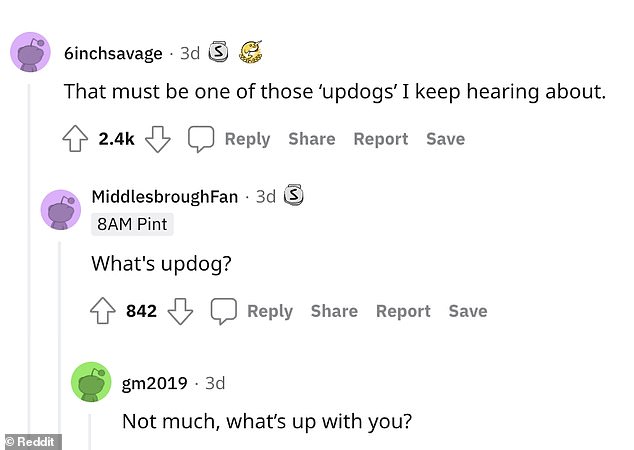 Coronavirus face masks: Where to buy the best reusable and washable masks