DEBORAH James has seen her BowelBabe Fund hit a staggering £3 million after she revealed her heart-breaking last wishes.

The Sun’s columnist urged people to donate to the fundraiser – at bowelbabe.org – as she revealed she had been moved to hospice care at home. 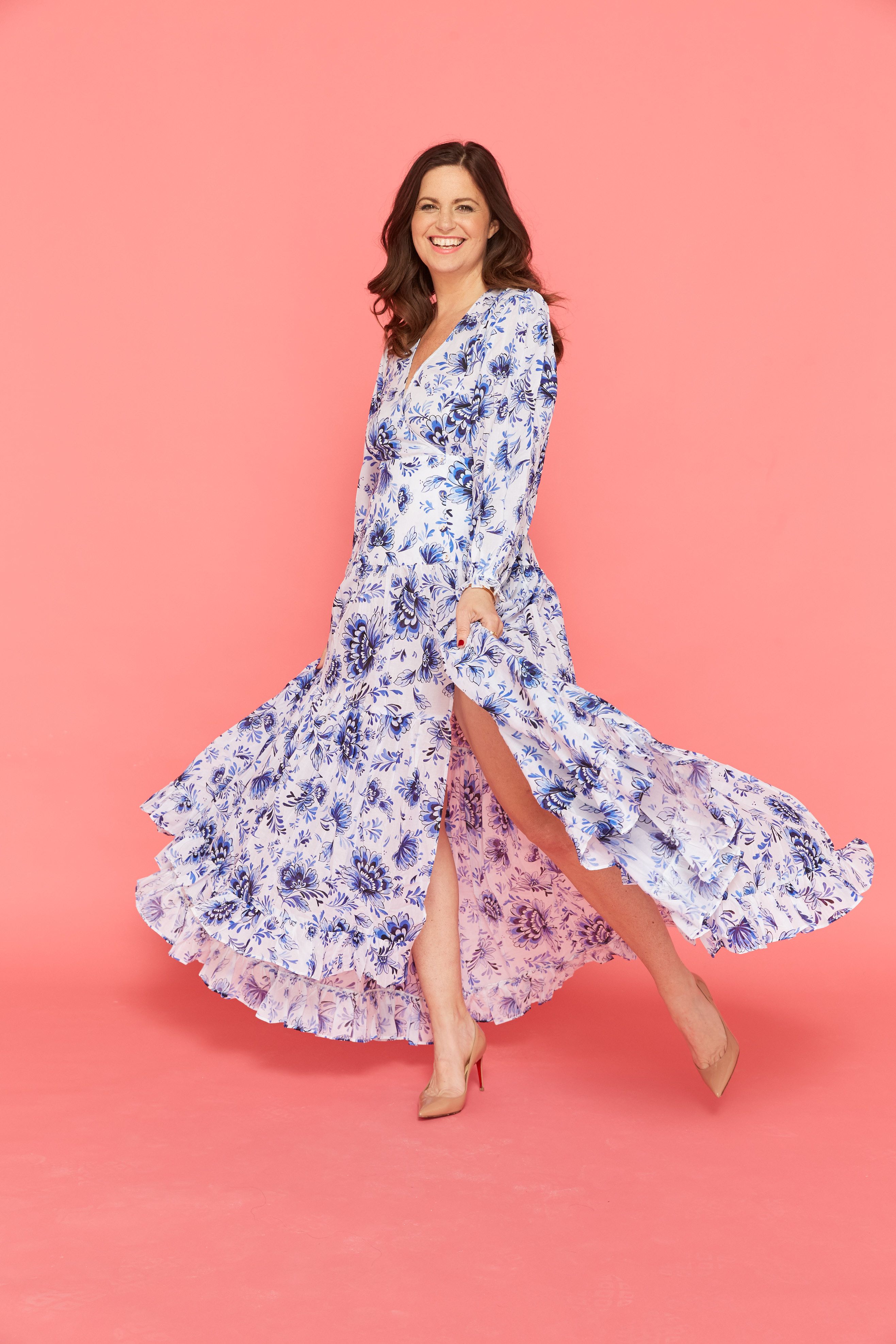 The fundraiser broke the scale in just 24 hours, easily smashing its original target of £250,000 shortly after going live.

And it has now reached the whopping £3 million mark in what is a superb achievement.

Even as the mum stares death in the face, her determination to raise awareness of her rare cancer has not faltered.

Now just hours after Deborah poured her heart out on her final appearance on You, Me and the Big C: Putting the can in cancer, it has hit £2million.

She told how she had made the decision to die at her parent's property for the sake of her children, so they can be spared from constant reminders in their family home.

After reminiscing on her rollercoaster five years following her diagnosis, Deborah said she is now facing the "unknown".

But her unfaltering fans are sure to have made her smile with their extraordinary donations.

The forty-year-old, who has advanced and incurable bowel cancer, earlier told The Sun: “I’m just blown away, I never thought we’d get to that number in 12 hours. 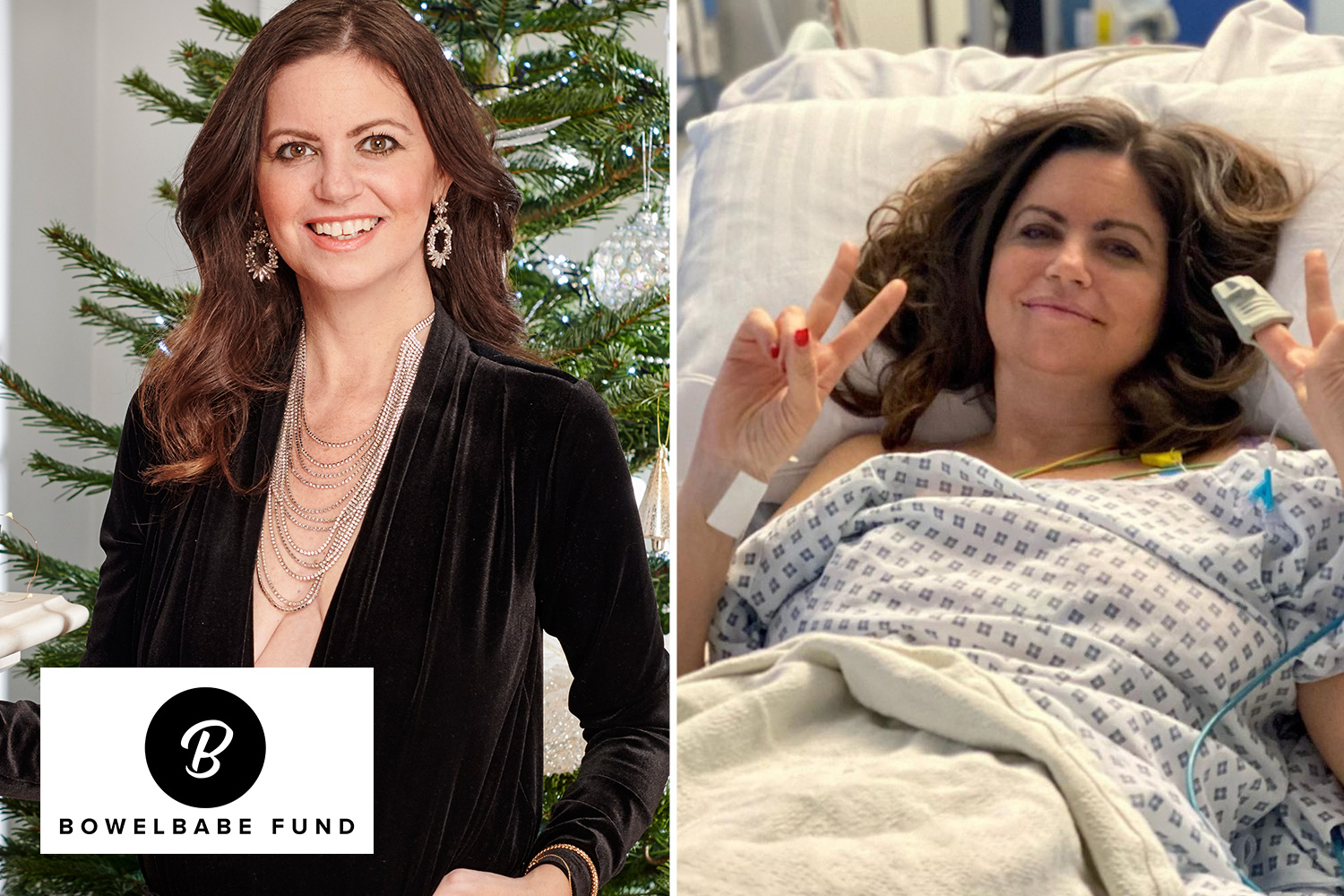 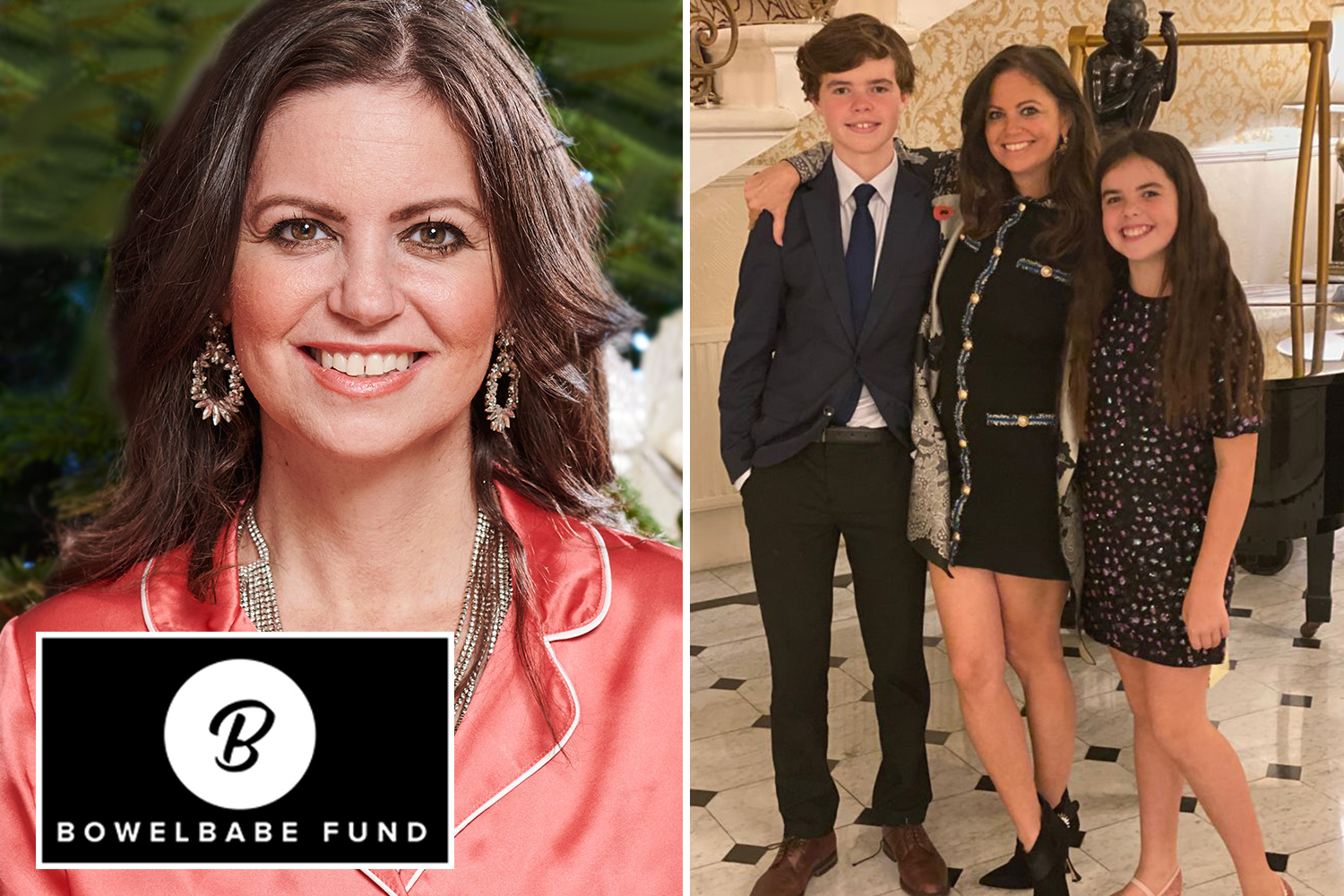 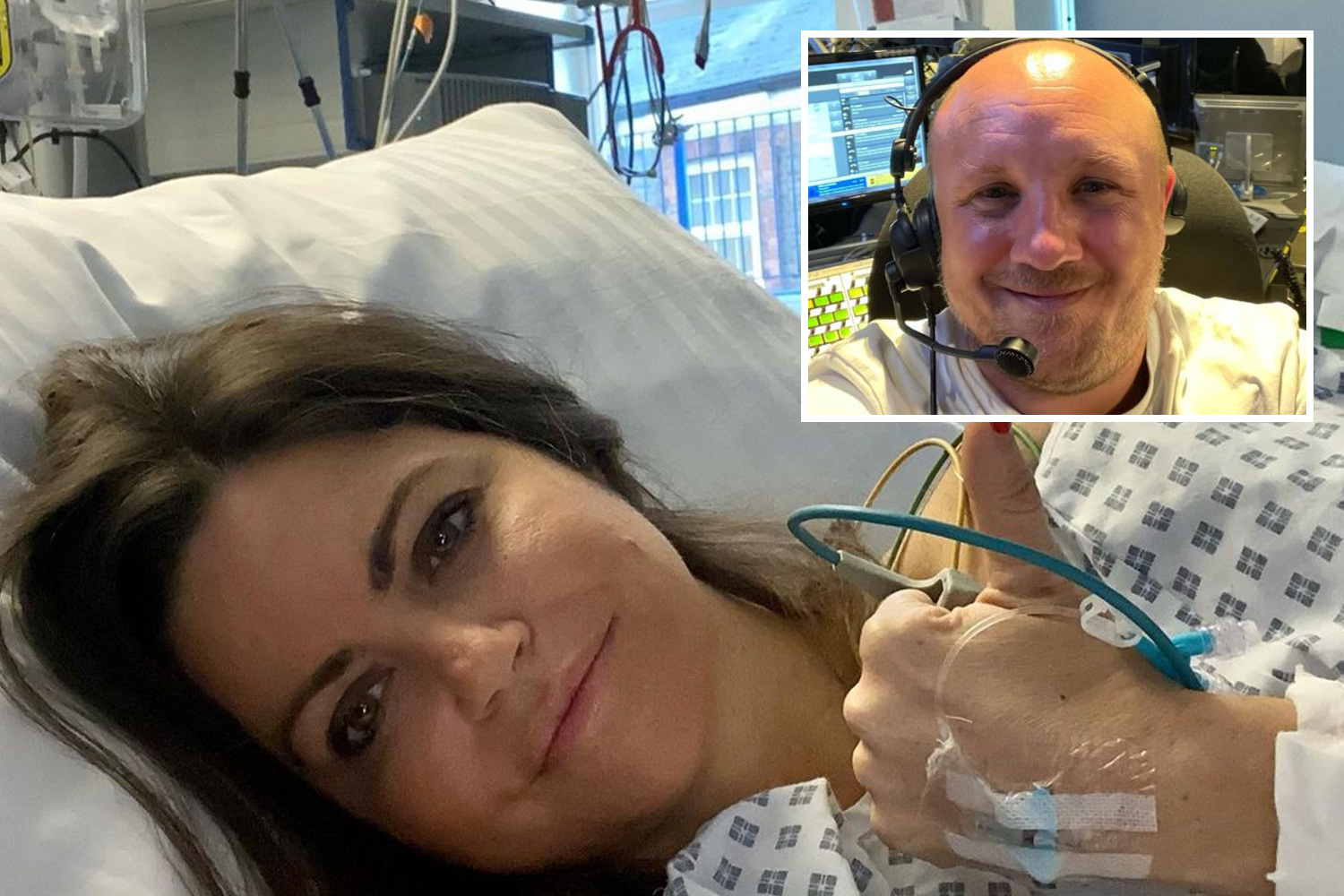 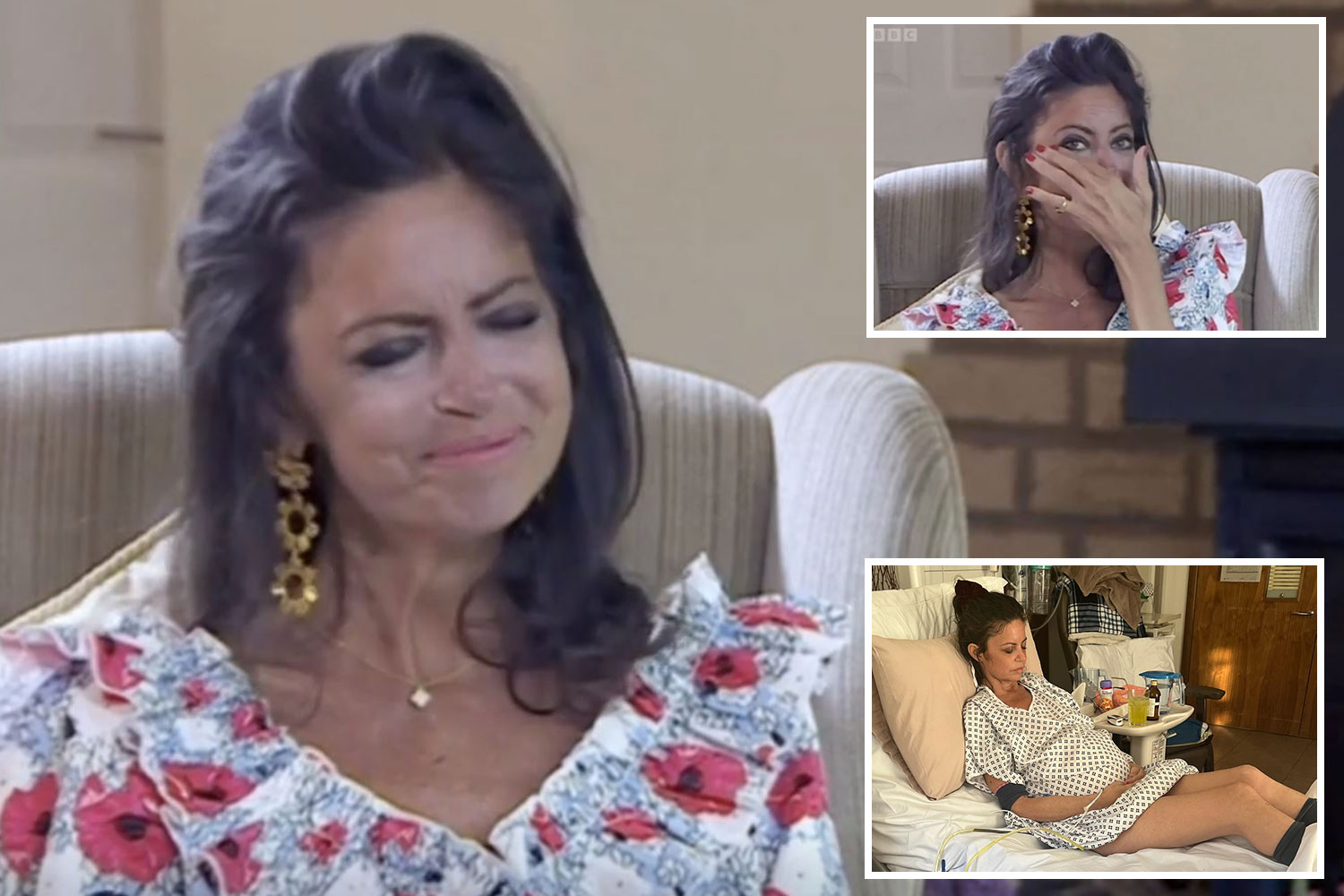 “It makes me emotional to see the outpouring of love x”

Deborah's adoring followers left poignant messages alongside their pledges, describing her as an "inspiration".

She wrote on her Instagram stories: "I never in my wildest dreams thought we'd be waking up to this total 12 hours later. I'm actually crying!"

The Bowelbabe Fund for Cancer Research UK is Deborah’s final endeavour of many to support research into bowel cancer, and its partners.

“All money raised will be allocated, with the support of CRUK [Cancer Research UK] to funding causes & projects that I really care about,” the website says.

​In a heartbreaking Instagram post on Monday, the mum-of-two said: “I always knew there was one thing I always wanted to do before I died.

“I have always over the years raised as much awareness and money for the charities that are closest to me. @cr_uk @royalmarsden @bowelcanceruk

“As a result, the @bowelbabefund is being established and I’d love nothing more than for you to help it flourish.

“Please visit bowelbabe.org for all the info and to donate.

“All I ask if you ever read a column, followed my Instagram, listened to the podcast or saw me dressed as a poo for no reason.

“Please buy me a drink to see me out this world, by donating the cost to @bowelbabefund which will enable us to raise funds for further life saving research into cancer.

“To give more Deborah’s more time!”

Deborah, who writes Things Cancer Made Me Say for The Sun, revealed she is now receiving hospice care because her “body just can’t continue”.

Having been living with stage four bowel cancer since 2016, Deborah has spent the past five years raising awareness of the hideous disease.

She recently wrote: "The message I never wanted to write. We have tried everything, but my body simply isn’t playing ball.

"My active care has stopped and I am now moved to hospice at home care, with my incredible family all around me and the focus is on making sure I’m not in pain and spending time with them.

"Nobody knows how long I’ve got left but I’m not able to walk, I’m sleeping most of the days, and most things I took for granted are pipe dreams.

"I know we have left no stone unturned.

Even with all the innovative cancer drugs in the world or some magic new breakthrough, my body just can’t continue anymore

"But even with all the innovative cancer drugs in the world or some magic new breakthrough, my body just can’t continue anymore.

"In over five years of writing about how I thought it would be my final Christmas, how I wouldn’t see my 40th birthday nor see my kids go to secondary school – I never envisaged writing the one where I would actually say goodbye.

"I think it’s been the rebellious hope in me.”

Deborah has shared every step of her journey with cancer in her column Things Cancer Made Me Say, first telling of her shock diagnosis despite a healthy, fit lifestyle.

She has become a national treasure with an army of loyal Instagram followers and listeners and on her BBC podcast called You, Me and the Big C.

Piers Morgan has tweeted, "You've been an extraordinarily courageous inspiration to so many people, Deborah. Thank you."

While Lorraine Kelly blinked back tears as she praised her beloved friend for smashing her fundraising target.

Lorraine, 62, told viewers today: "I know she is watching now, and she wants to say, ‘Thank you’."

Lorraine recently visited Deborah in hospital and said she was really thin. "But she was Deborah. She was making everyone laugh, I just thought, ‘She’ll bounce back'."

Susanna Reid was also appeared to be on the verge of tears this morning as she championed Deborah's achievements.

She said: "Absolutely terrific the impact she is having and we send our love to you."

At 35, Deborah, a former deputy headteacher, was given just an eight per cent chance of surviving five years.

2022 saw her come face-to-face with the severity of her disease, after constant hospital trips during the summer of 2021.

Deborah was told she had a growing tumour around her bile duct that was causing her liver to fail.

It is ultimately the cause of her medical emergency in January, when she almost died of a bleed that left her in critical care for several days.

The “traumatic” experience, in which Deborah said goodbye to her children – Hugo, 14, and Eloise, 12, who she shares with her husband Sebastien – didn’t extinguish her light.

Deborah said in February she still had a “glimmer of hope” and was “ploughing on with a slim chance of more treatment for my incurable bowel cancer”.

You can make a donation at bowelbabe.org.

Genevieve Edwards, Chief Executive of Bowel Cancer UK said: “Our hearts go out to our patron Deborah James and her family at this extremely difficult time.

"Deborah has been a constant source of inspiration including to many people affected by the disease and we are so grateful to her for thinking of Bowel Cancer UK with her everlasting legacy the Bowelbabe Fund.

"Every 15 minutes someone in the UK is diagnosed with bowel cancer and we will make every penny work as hard as she always has to save lives from the disease both now and in the future.” 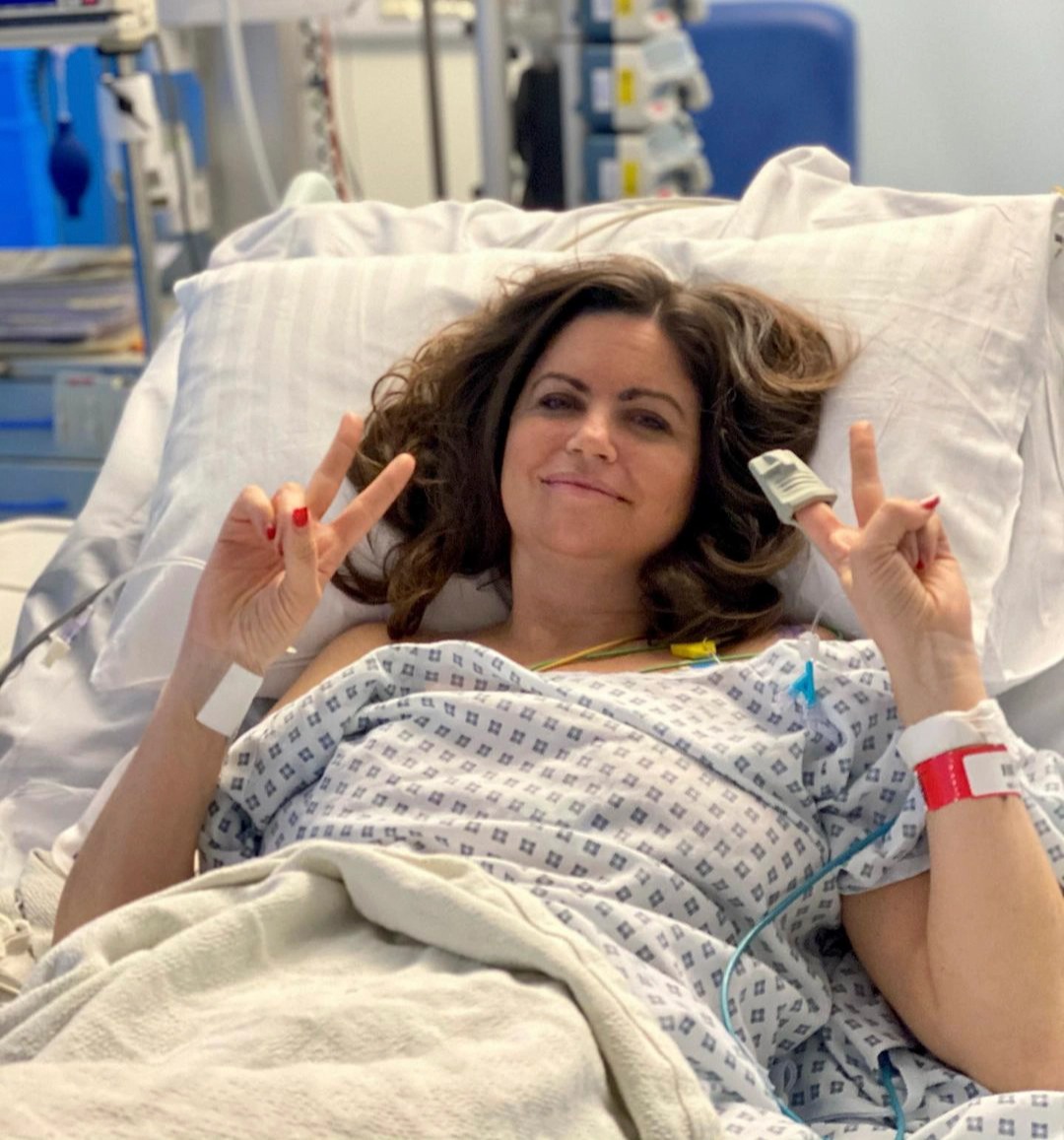 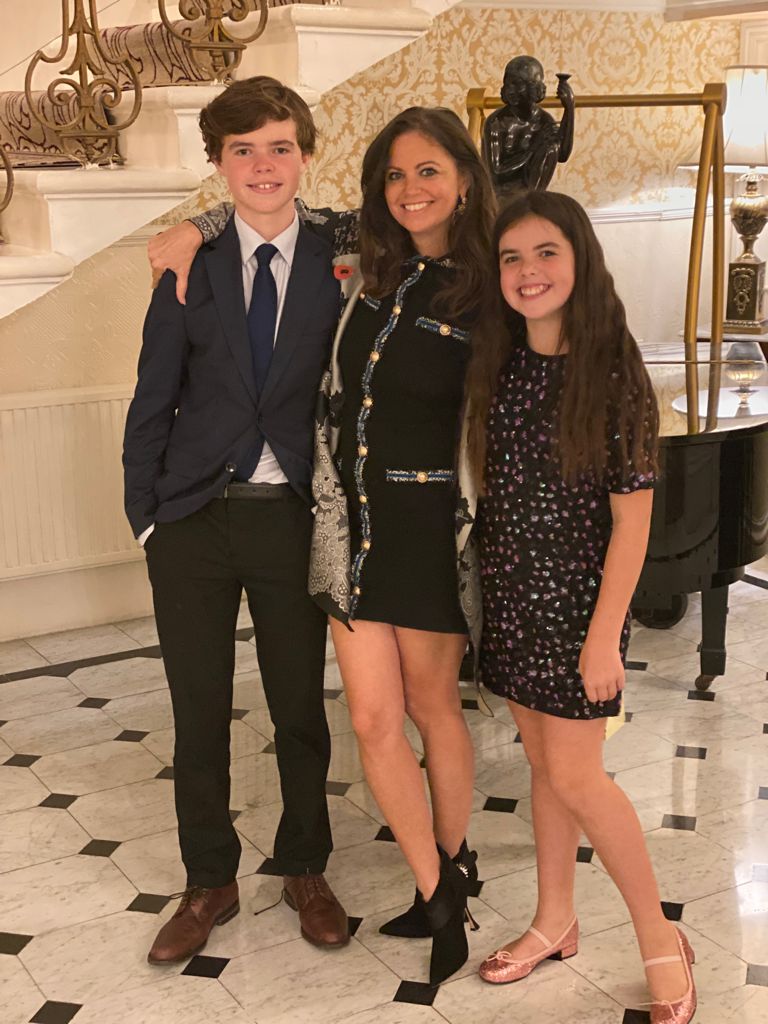