Wit, warmth, even love – the biggest catch is in your throat

There must be this belief among TV producers that so long as you throw a celebrity at a place, all will be well, and you don’t have to come up with any new ideas, which could prove tiring.

(I once had a new idea in 1976 or thereabouts; it was exhausting and I swore, never again.) So this week we had Nadiya in America, and Gordon, Gino and Fred in Lapland, and Bob and Paul fishing the rivers around Middlesbrough – and we don’t know where Joanna Lumley is, which is a worry.

Don’t we always know where Joanna Lumley is, usually? Should we ask? Should someone knock on her door? To find out if she’s OK?

Meanwhile, the best of the above, by far, wasn’t Gordon, Gino and Fred in Lapland, you won’t be surprised to hear, but Mortimer And Whitehouse: Gone Christmas Fishing. 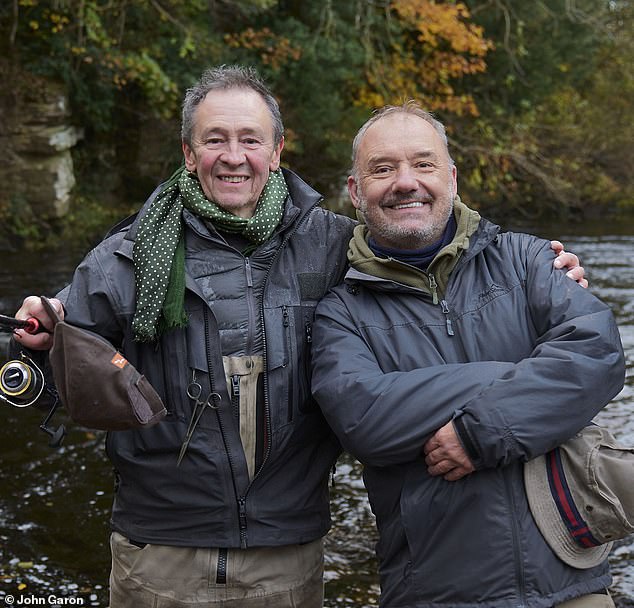 Paul is almost a father figure to Bob (both above), answering his often off-the-wall questions with kindness, consideration and, yes, love

That’s the other thing, putting a Christmas spin on a regular favourite, but, alas, there does not appear to be a Christmas edition of The Undoing this year, so we can’t check in on Henry.

(Poor Henry; what do you give the boy who’s been traumatised by everyone and everything? Would a new bike cut it?)

But back to Gone Christmas Fishing, which was obviously filmed in late summer, judging from the landscape, but that became the running joke. ‘What do you see when you see Christmas cake, Paul?’

‘Do you feel a bit more Christmassy now, Paul?’ ‘What was your worst Christmas present, Bob?’ (A ‘blackhead sauna’ the year all his friends got Chopper bikes, apparently.)

I wondered if they’d had a bet with the camera crew how many times they could mention Christmas – ‘Is that a Christmas cod, Paul?’ – when we could see it wasn’t. But it was all part of the charm which, with this show, runs extraordinarily deep.

It is funny. I did laugh. At one point they were staying in adjoining cottages and Bob said: ‘It’s nice to be able to check on the old gentleman next door.’ A seal made an appearance, which led to one of Bob’s surreal flights of imagination.

Bob awarded himself Employee of the Year, which riled Paul: ‘Who is on the judging panel? You. Who always wins? You.’ There’s also the lovely scenery and whatever Bob’s brought along in a flask, and Ted the terrier (with the overbite), but the current that propels it all along is to do with two men – men, of all people! – having a beautiful and authentic friendship that encompasses everything, including their own mortality.

(They have 15 Christmases left, they reckon.)

Elsewhere, I saw this described as ‘The Trip on statins’, but it isn’t that, as The Trip is based on male rivalry whereas this, so unusually, isn’t. If anything, Paul is almost a father figure to Bob, answering his often off-the-wall questions with kindness, consideration and, yes, love.

Bob lost his own dad early, remember. This episode saw them visiting Bob’s childhood Middlesbrough home, where Bob recalled coming back from school, aged seven, and seeing police at the door and his mother weeping because his father had been killed in a car crash.

His mother said nothing until after he’d had his bath that night, when she told him he wouldn’t be seeing his father again. ‘That’s not very Christmassy, Bob,’ said Paul, finally.

The biggest catch here is always the one in your throat. Meanwhile, they did also catch a trout, which wasn’t any old trout. Because? ‘It’s a Christmas trout, Paul!’ 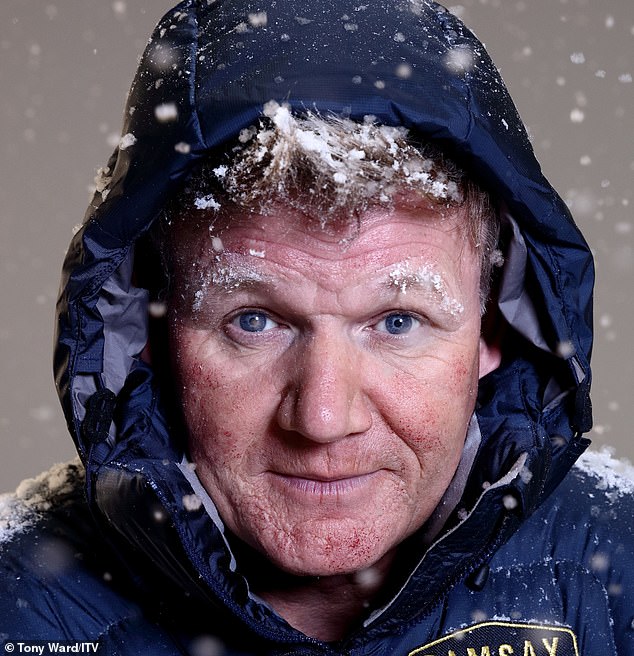 Fred, of Fred Sirieix fame, is also the philosopher among them: ‘This is what living is, guys! This is living a life!’ I’m all for a bit of jollity, I think, but their man-child banter and (endless) jokes about what happens to men’s bits in freezing temperatures as they travelled in Lapland left me colder than even the weather.

In one scenario they met a couple deep in a forest who said OK, they couldn’t hug the people they happened to meet any more, but they could hug trees, so Gino simulated sex with one.

And I was just plain embarrassed. For them, for the couple, and for all humanity. Probably.

Nadiya Hussain is a terrifically warm and engaging personality, but maybe the one-time Bake Off winner could be served better by the BBC? The second episode of Nadiya’s American Adventure took her to California, where she was basically wheeled in front of stuff to say ‘Amazing!’ or ‘Delicious!’ or ‘Yummy!’ 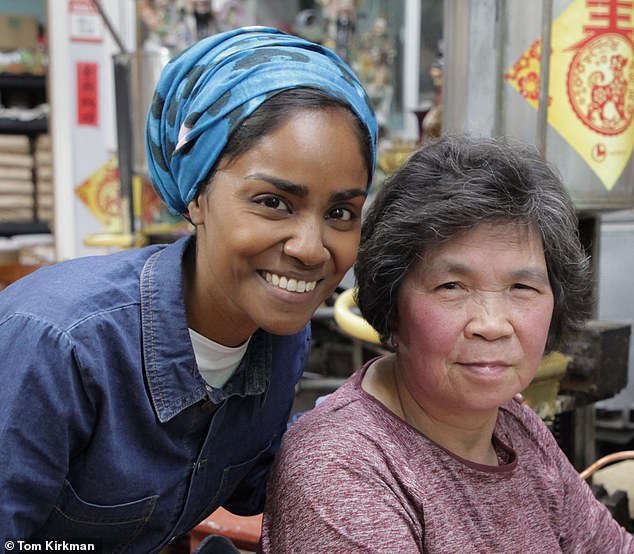 Nadiya Hussain (above) is a terrifically warm and engaging personality, but maybe the one-time Bake Off winner could be served better by the BBC?

She also attempted Escaramuza, a type of Mexican dressage practised by women, saying ‘I thought rodeo was just for men’, while I thought, you obviously didn’t watch Sue Perkins back in September then.

Because she did exactly the same thing. (Sue Perkins. Don’t we always know where she is, usually? Should someone knock on her door, to check she’s OK?)

Have you’ve got Britain’s best hands? You could get paid £500 to be a hand model