DOMINIC LAWSON: Airport hell and the sweltering Med? Give me a holiday in rainy Britain any day!

Who knew? In the British summertime, rain occurs. This seems to have come as an unwelcome surprise to many, who have taken countermeasures.

Last Friday’s Mail reported: ‘The stormy weather sweeping across the country has triggered a last-minute rush for foreign holidays, despite the collapse in the value of the pound.’

If this is an exodus, it should be welcomed at least by those of us who take our family summer holidays at home. It will mean slightly less traffic on the roads here, and as one who has just made the return trip from westernmost Cornwall, here’s a handy tip: whether departing or returning, leave not much later than 5am if you want to avoid many miles of tailbacks.

But if you are flying south for the sun in the peak holiday month of August, it doesn’t make any difference however early you leave: the airports are hell, making even the visions of Hieronymus Bosch look tolerable by comparison.

And that’s without factoring in any additional chaos from industrial action, whether by pilots or baggage handlers.

Yes, when you arrive in Italy or the South of France — or in Turkey, to avoid the currently penal euro/pound exchange rate — you get many daily hours of sunshine guaranteed. But what’s also guaranteed is that in August there’s too much of it. It can be — and usually is — infernally hot. 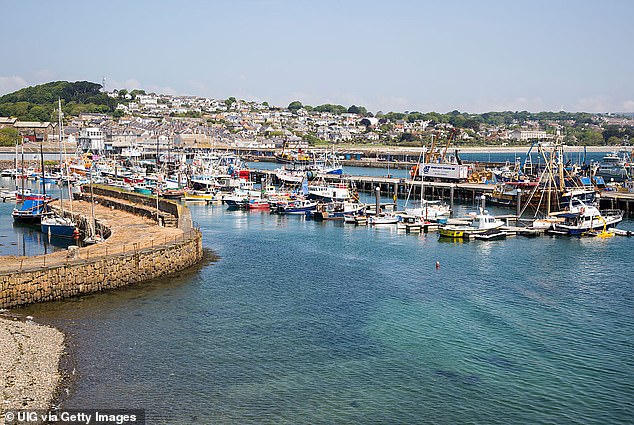 Newlyn in Cornwall has a number of farmers’ markets where you can pick up some delightful. freshly-landed fish

On one of the handful of occasions in the past of quarter a century in which we have flown away for our summer holidays, we decided to fly back half-way through, so unhappy were our children in the southern European heat. On the other two occasions they managed — but only because of air conditioning.

On every other August since our eldest child was born in 1992, we have holidayed in the far South West of the UK. And in that period, Cornwall, for the visitor, has changed for the better. It used to be a culinary desert for holidaymakers — and, at times, seemingly indifferent or even hostile to what they called emmets (the Cornish word for those from outside the county, including those who have moved in).

It is very different today. There is now —at least where we go — a very friendly and welcoming attitude. There is also a growing number of restaurants offering a choice of delicious and imaginative food to match anything available in more affluent parts of the country.

Fish freshly landed at Newlyn, just outside Penzance, is a particular joy, and can be picked up at a number of farmers’ markets which have sprung up — though it’s worth going to Newlyn itself if you want the widest choice.

What also seems to have developed in recent years is a marked increase in Europeans who have decided to spend their summer holiday in Cornwall. 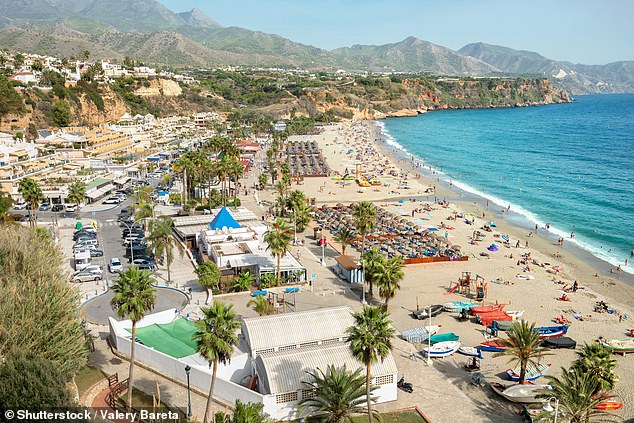 This year I was especially struck by the number of cars with German number plates, and also by how often we saw Germans on the coastal path. In fact the cottage we rented was on that wonderful walk, and at one point a German actually walked in and asked us if we had wi-fi (there is no mobile phone signal at that particular tip of the coastal path). I don’t think it is just the recent weakness of the pound which has caused this influx of holidaymakers from the Continent, so much as the impact of the Poldark television series, which has been hugely popular well outside these shores.

The coves which are the real stars of the series are now at risk of being inundated not just by the stormy seas but by waves of Poldark followers from across the globe. Indeed, the cove on which our rented cottage sat is one of those featured in the series. But, being someone who tends to see the best in circumstances, I was able to view this as a win-win.

When it was sunny, it was lovely, despite the influx of day-trippers. And when it was wet, we had this breathtakingly beautiful place gloriously to ourselves (or so it felt).

And while stormy skies and downpours may have been leading many thousands to make a last-minute dash for holidays in Southern Europe, it is a weather which, if you are perched on the edge of the Atlantic or the waters known as the Southwest Approaches, creates a vista which is awe-inspiring rather than dispiriting.

I realise there is some sadness in the way that westernmost Cornwall has become increasingly dependent on ’emmets’ for its economic survival.

The tin mines are all closed: the biggest, Geevor, survives only in the form of a museum and tourist attraction.

Elsewhere along that coastline, we saw a for-sale sign on a desolate-looking farm, and drove in to see an elderly farmer calling to what seemed a solitary cow.

His land, though, had staggering views of the Atlantic coast: I could easily imagine it being sold for a great deal of money to someone who will turn the farmhouse and barns into lucrative holiday lets.

Like so many parts of the UK, it presents as a post-industrial landscape. But what a landscape. No wonder it’s not just Britons who see it as a more romantic spot than Paris or Rome. And without all the hassle, too: who would want for more?

Why Nora’s parents mustn’t blame themselves

There’s nothing so heart-stoppingly terrifying as when your child disappears. It’s not just the cause of terror, but also remorse, because of the sense of abject failure in the first duty as a parent, to keep your offspring safe.

This is all the more piercing when the child is especially vulnerable, as in the case of Nora Quoirin (pictured), a congenitally disabled 15-year-old found dead last week by a waterfall in the Malaysian jungle one-and-a-half miles from where she’d been sleeping in a lodge with her family. 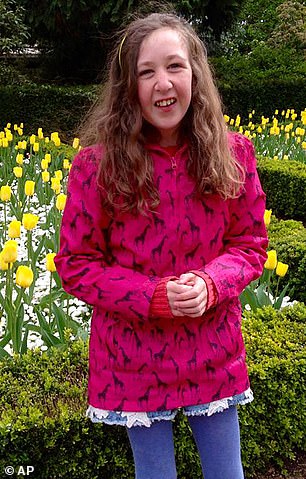 Nora Quoirin disappeared while on holiday in Malaysia with her family

It brought back memories of our experiences with our younger daughter, Domenica, who has Down’s syndrome. As soon as she became able to walk she rejoiced in her new-found freedom (which came later than it would with a normal child, as she had very low muscle tone).

If you took your eye off her for a few seconds, she was off. I recall it happening once in that enormous Peter Jones store in central London. It felt like an age before she was found… laying contentedly on a mattress in the shop’s bedding department.

Another time she wriggled free from us in the security queue at Charles de Gaulle airport and shot into the scanning chamber for luggage. She popped out the other side, quite unharmed. She was the main reason we moved out of London, because we were so worried of what might happen if she rushed into a road, oblivious to the risk from traffic.

We bought a house down a track in bucolic East Sussex, and fenced off the little lake that lay in front of it.

But her habit of shooting off into the surrounding forest was still a worry. So we trained our dog — a Leonberger — to track her. Aslan (the name we gave this leonine creature) would come to us barking and lead us to wherever she had got to. At all times, Domenica, unlike her parents, was sublimely unconcerned. Aslan, alas, is long dead: but our daughter, now 24, is no longer prone to disappearing acts.

Mercifully, she grew to develop a strong sense of caution: now, she is always the one to remind me to put my seat-belt on.

How unimaginably dreadful for her parents that Nora never got to that stage. And whatever the mystery of her death, I’m sure of one thing: they must not blame themselves.