The United States executed Dustin Higgs early Saturday for his role in the 1996 kidnapping and murders of three women. Higgs, 48, is the 13th federal inmate to be executed during President Trump’s time in office.

Higgs was convicted 25 years ago of ordering the murder of the three women. He invited them to his apartment in Maryland where one of the women rebuffed an advance by Higgs. In response he offered them a ride home, but instead drove the women to a secluded area near the Patuxent National Wildlife Refuge. He handed a gun to his friend and ordered him to shoot saying, “better make sure they’re dead.”

Higgs received a lethal injection and was pronounced dead Saturday at 1:23 a.m.

“I’d like to say I am an innocent man,” he said in his final statement, according to The Associated Press. “I did not order the murders.”

His death came two days after Corey Johnson was executed at the same facility in Terre Haute, Indiana, on Thursday. 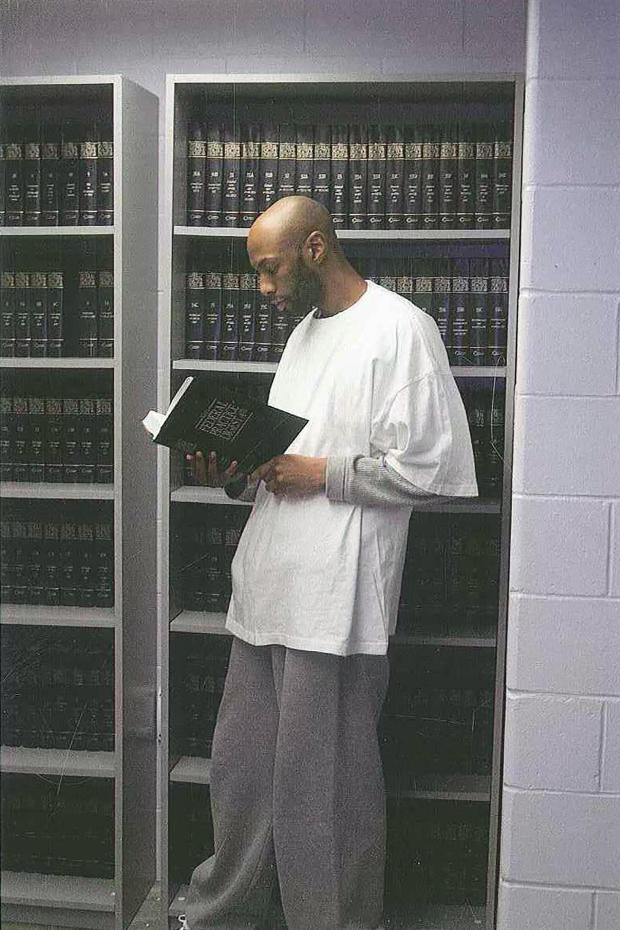 Attorneys for both men had asked for a stay of execution, arguing that both inmates contracted COVID-19 and were still recovering. They said the lung damage they suffered would result in “a sensation of drowning akin to waterboarding” during the executions.

The government opposed the stay, arguing that “courts must not sit as ‘boards of inquiry’ attempting to render fine-grained judgments about execution practices.”

“Even if (inmates) were correct that their prior COVID infection would make their executions more painful, the brief duration of pain they assert-likely measured in seconds, and at most around two minutes-is still far less than the ‘suffocation, which could take several minutes’ endured by inmates executed by hanging.”

In 1993, Johnson was convicted of murdering seven people in drug deals gone wrong, including the sister and friend of a victim who could not pay for cocaine. Johnson shot another victim after ordering him to place his head on a car steering wheel, killing him in close range.

The resurgence of the federal death penalty came after a nearly two decade dormancy. Former Attorney General William Barr announced last July that capital punishment would resume because the Department of Justice “owes it to the victims and their families to carry forward the sentence imposed by our justice system.” Barr scheduled two executions in October and scheduled three more at the end of November.

In the days between the November 3 presidential election and the upcoming inauguration of President-elect Joe Biden, an opponent of the death penalty, the Trump administration decided to carry out the executions of five inmates on death row.

“It’s not illegal, but it certainly shows a disregard for traditional presidential values and norms of behavior,” Robert Dunham, executive director of the Death Penalty Information Center, told CBS News.

“The end of administrations have been about exercising discretion to grant mercy. It has never been making discretionary choices to kill people. That’s what is particularly deviant about this execution spree,” said Dunham.

A spokesperson for the Biden transition said the incoming president “opposes the death penalty, now and in the future and as president will work to end its use.”

In 2020, the federal government executed more inmates in a year than all states that still conduct executions for the first time in history.

Among the thirteen was Lisa Montgomery, the first woman to be executed by the federal government in 67 years. Montgomery was convicted of federal kidnapping resulting in death for fatally strangling 23-year-old Bobbie Jo Stinnett and then taking a kitchen knife to cut the baby out of her abdomen. Montgomery pretended the baby was hers before she was arrested the next day.

Her attorneys appealed the death sentence, citing her “brain damage and severe mental illness that was exacerbated by the lifetime of sexual torture she suffered at the hands of caretakers,” according to her attorney, Kelley Henry.

The case that garnered the most social media and celebrity attention was that of Brandon Bernard. Everyone from Kim Kardasian to criminal justice advocates called for the Trump administration to halt his execution. Bernard was killed in early December.

Recent developments in the case lead to five out of the nine surviving jurors saying they would have changed the sentence to life in prison rather than capital punishment.

Bernard was found guilty of the murder of two youth ministers, Todd and Stacie Bagley, on a Texas military reservation in 1999. Bernard, who was 18 at the time, and Christopher Vialva locked the couple in a trunk where they sang church hymns as Vialva shot them in the head. Bernard then set the trunk on fire.

The uptick in executions comes as fewer voters support capital punishment. According to a November Gallup poll, Americans’ support for the death penalty continues to be lower than at any point in nearly five decades. However, a majority of Americans, 55%, are in favor of the death penalty for convicted murderers.