Ellie Kemper reveals she welcomed second child a month ago

Ellie Kemper has issued an apology after photos surfaced showing the actress being crowned the queen of a ball with ties to white supremacy when she was a teen.

The “Unbreakable Kimmy Schmidt” star, now 41, said she didn’t know the history of St. Louis’ Veiled Prophet Ball when she decided to participate, but isn’t making excuses for her past involvement.

“Hi guys – when I was 19 years old, I decided to participate in a debutante ball in my hometown. The century-old organization that hosted the debutante ball had an unquestionably racist, sexist, and elitist past,” she began her lengthy Instagram post.

Kemper explained that she was “not aware of the history” at the time but that “ignorance is no excuse.”

“I was old enough to have educated myself before getting involved,” she said. 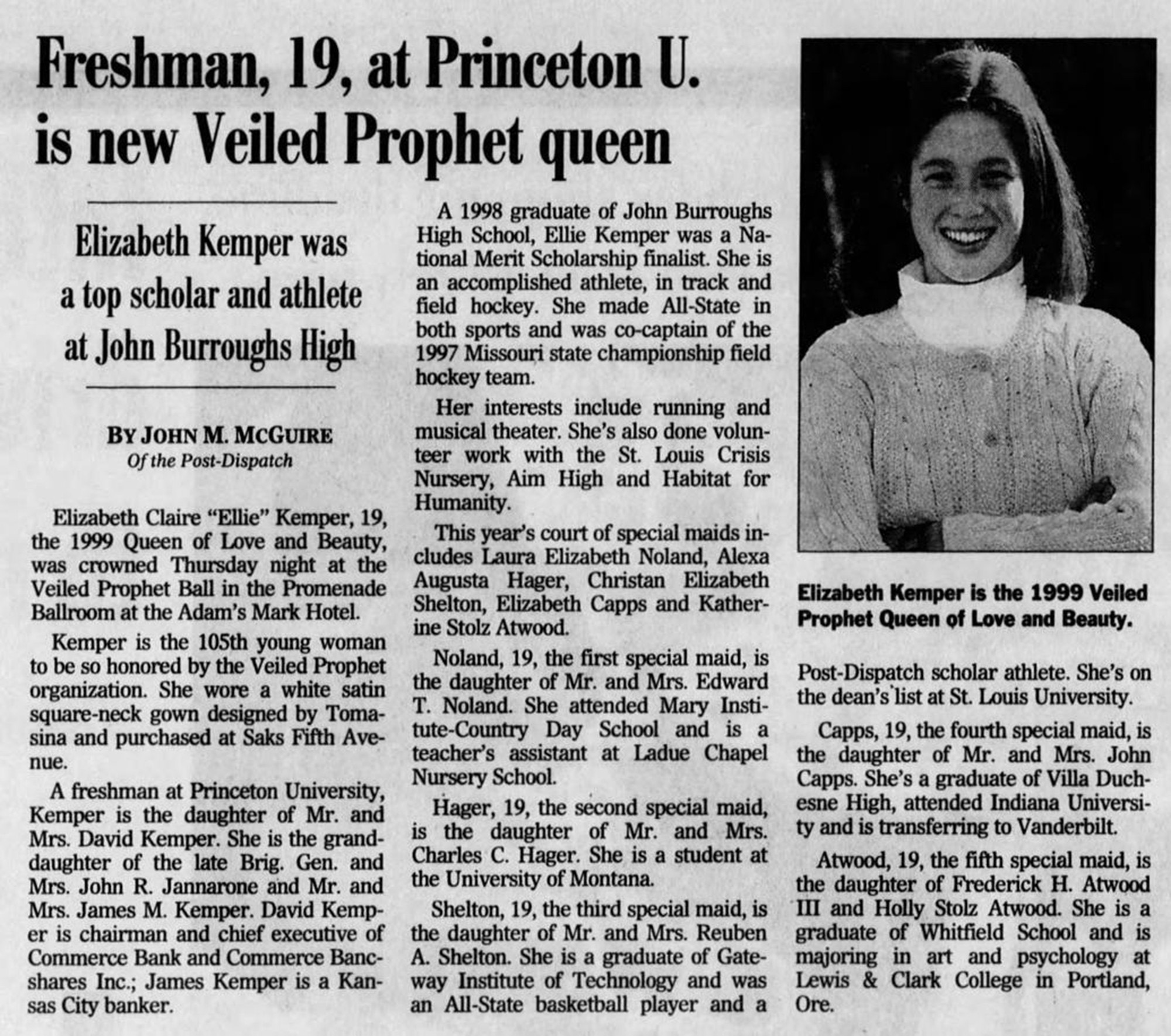 Last week Kemper came under fire when a photo of her being named the queen of St. Louis’ Veiled Prophet Ball as a teen in 1999 started circulating online.

The Veiled Prophet Ball is a fair originally formed in 1878 by elites to honor the ritual of Mardi Gras, and is allegedly associated with white supremacy.

Each year, a person is chosen by a secret board of local elites to anonymously play the role of the Veiled Prophet, who would then choose a “Queen of Love and Beauty” to dance with and receive a gift, according to The Atlantic.

The Veiled Prophet is said to be dressed with a white klan-style hood and robe while armed with a pistol and rifle.

The photo of Kemper depicts the Netflix star being selected to participate in the “Royal Quadrille” dance and named the queen at age 19, the Sun reported.

While some ripped the actress for participating in a tradition with an allegedly racist history, others defended her, saying the ball has become inclusive over time.

In her apology, Kemper also denounced racism and white supremacy and acknowledged her privilege as a white person.

“I acknowledge that because of my race and my privilege, I am the beneficiary of a system that has dispensed unequal justice and unequal rewards,” she said.

The “Office” alum said that moving forward, she’ll “listen, continue to educate myself, and use my privilege in support of the better society I think we’re capable of becoming.”