SHOPPERS can save over £400 on popular Christmas gifts just by purchasing them at the right time of the year, new research shows.

Comparison site Idealo.co.uk has analysed average prices of popular festive presents over the past year to find out what month, from now until the big day, you'll get the best deal. 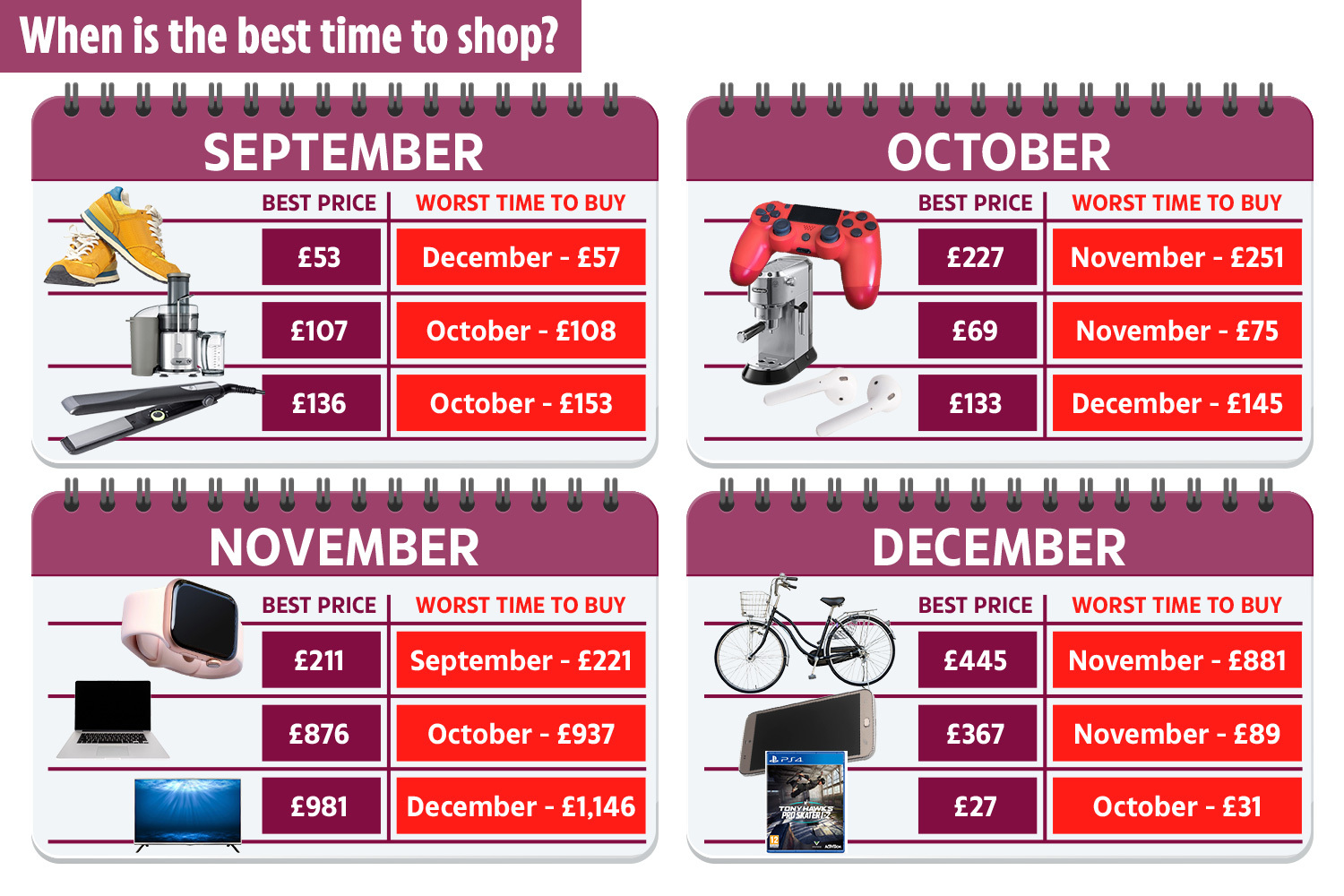 What's more, they've even found the exact date when goods were cheapest last year, which should give you a rough idea of when to shop.

Of course, you should treat the research as a guide as there's no guarantee that the best offers will feature on the same days this year.

Before parting with your cash, you should also shop around to find the best deal using comparison sites, like Pricespy.co.uk or Idealo.co.uk.

Both sites also let you set up alerts for when prices drop below a certain amount. 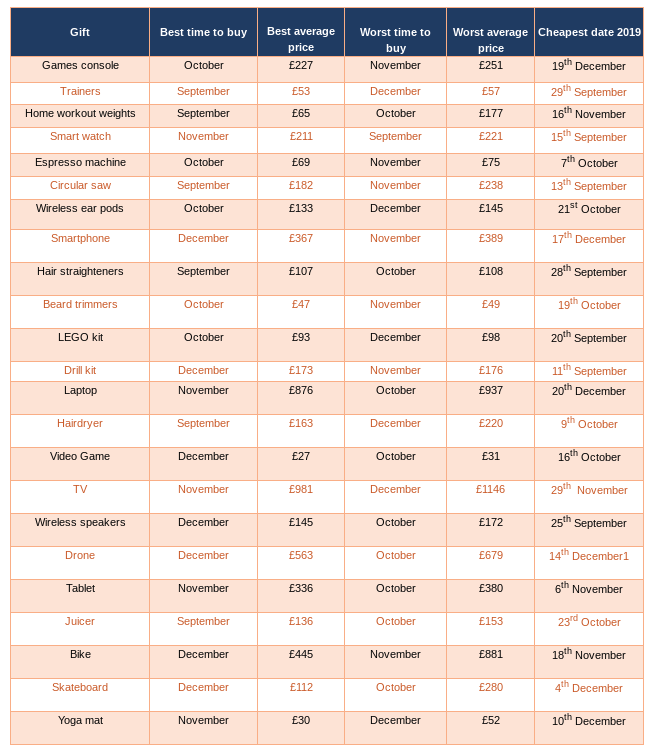 According to the research, some of the biggest savings shoppers can make is by purchasing a bike in December where on average they cost £445.

The worst time to buy one is in November, when prices surge to £881, with the best price found on November 18 last year.

Customers on the hunt for a skateboard can save £168 if they purchase it in December, when the average cost is £112, compared to October when they typically cost £280.

In fact, skateboards were at their cheapest on December 4 last year.

Workout weights, which saw sales soar during the coronavirus lockdown, are typically £112 cheaper in September than they are in October when they'll set you back £177 compared to £65.

But despite October being the cheapest month on average, home workout weights were at their lowest price on November 16 in 2019.

Games consoles were cheapest to buy on December 19. On average, they cost £27 in the last month of the year but £31 in October.

When it comes to more specific products, the cheapest day to purchase a Nintendo Switch was September 19 in 2019, according to the research, when you could buy it for £198.50.

December 11 was the best time pick up a set of Apple Air Pods when they cost £110, around the same time that iPhone 11's were at their lowest.

These were the cheapest to buy on December 13 and were priced at £554.

But Katy Philips, from the comparison site, warns that the dates and prices should only be used as a guide.

She said: "Online prices fluctuate all the time and many retailers use dynamic pricing algorithms to automatically adjust their prices according to a range of factors including supply, demand, competition, market trends, events, and even the weather.

"So the reasoning behind certain days being cheaper than others lies most likely in outside factors, the most common being retailers wanting to make sure their prices stay attractive and competitive against the competition."

With 100 days to go until Christmas, Asda has launched a massive sale with up to 50% off hundreds toys.

One savvy mum revealed how she's already saved hundreds on festive food by spreading the cost between now and December.

Twitter’s app update for Android keeps crashing: Why it’s down, how to fix it