Sixty-four government agencies on Thursday released their annual reports, in what has become widely known as a “dump day” – when the government floods the Parliament with a bewildering number of dense reports all at once.

Analysis by The Age of the eight biggest departments showed the ranks of those considered “executives” – a specific role defined in the state’s Public Administration Act – expanded by almost 200 people.

And the pay of the 1567 public servants now considered “executives” across these eight departments surged too, with average pay per executive now $206,559, up from $182,735 the previous financial year.

The state’s highest-paid public servant was the recently departed Chris Eccles, whose salary as secretary of the Department of Premier and Cabinet was $690,000.

The Andrews government announced in June it was freezing the pay of public service executives as part of belt-tightening in response to the pandemic.

Part of the jump in executive numbers was explained by the merger of VicRoads and Public Transport Victoria into one unified transport department.

Among the other annual reports tabled in Parliament on Thursday was that of Development Victoria, an agency charged with putting together property deals with the private sector.

Its staff emerged as among the highest paid in the state bureaucracy, with its top 12 executives getting average wages of $310,000 each. Chief executive Angela Skandarajah was paid $470,000. 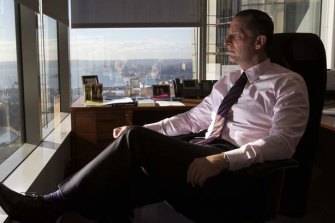 Other agencies with significant wage bills included Melbourne Water, where the top 13 executives got an average of $318,000 each.

Melbourne Water’s annual report also showed the cost of operating the Victorian Desalination Plant continued to rise, from $126 million in the previous financial year to $186 million in the year to June 2020.

Meanwhile, the Department of Health and Human Services’ annual report revealed that Victoria’s contact tracing and public health team consisted of just 57 staff at the start of the pandemic.

It had increased to 1891 staff by June this year after a flurry of criticism about inadequate contact tracing.

The annual report also revealed that mental health issues rose, with 18 per cent of adults experiencing high or very high psychological distress, up from 14.8 per cent four years ago.

The Department of Transport’s annual report showed it spent $6 million telling Victorians about the projects it was building. It was a drop in the $7.8 million the department spent advertising its projects to Victorians the year before.

The department's annual report said much of the spending was to help people prepare for road and rail disruptions. A Department of Transport spokesman said it was “vital that we let the community know about disruptions and changes to the way people travel” as part of major projects such as the Metro Tunnel and various level crossing removals.

Opposition public transport spokesman David Davis said there was a legitimate point to telling people when closures and disruptions would happen.

“But you only need to drive out along the West Gate where mile after mile there are signs saying the West Gate Tunnel will be finished in 2022,” he said. “Not only is it wrong, it won’t open that year, but what purpose did it ever serve? It’s self-promotion.”

The most important news, analysis and insights delivered to your inbox at the start and end of each day. Sign up here.

Can YOU guess which celebrity lives in this London home?