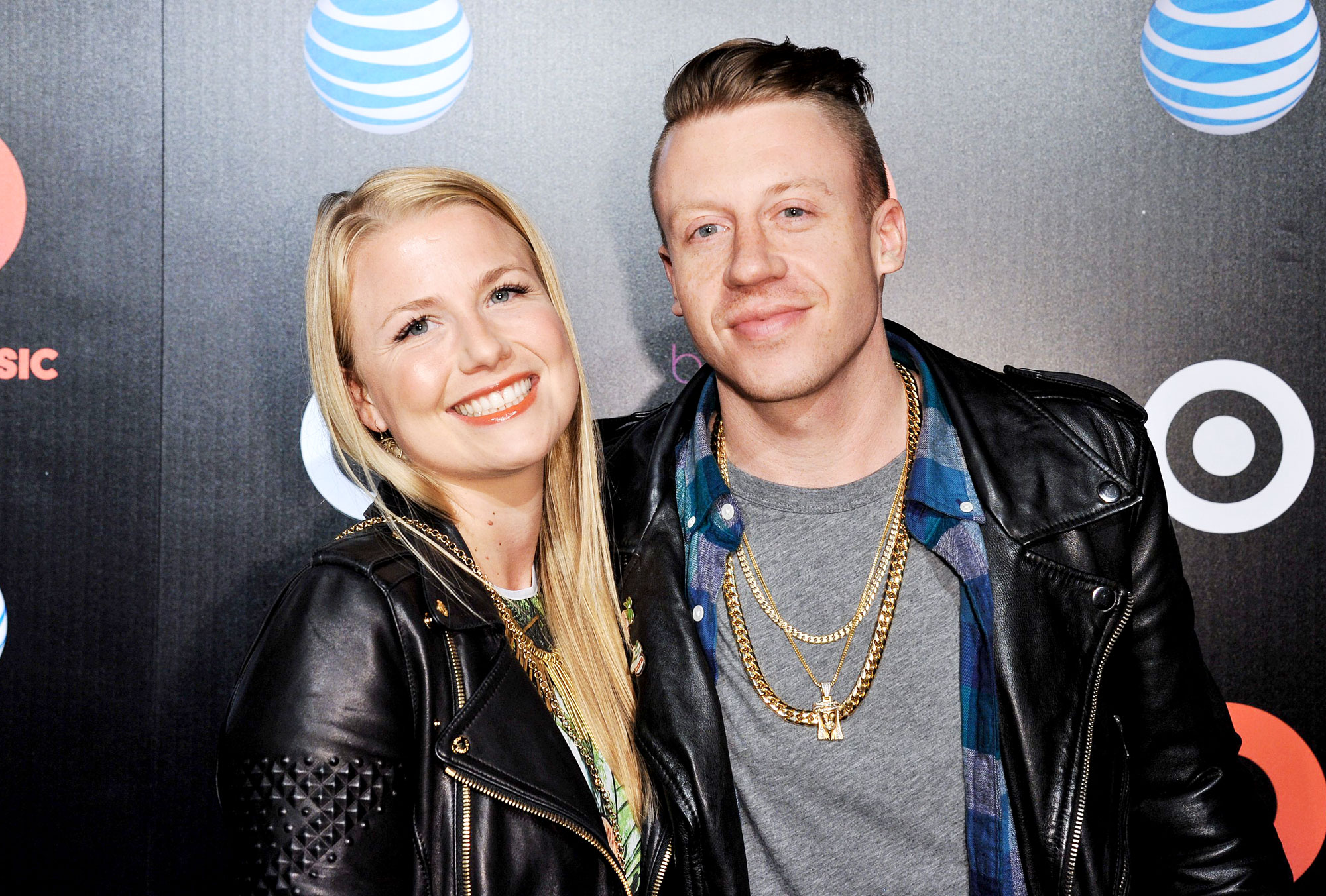 Summer sweetie! Macklemore and his wife, Tricia Davis, welcomed their third child over a month ago.

“Six weeks ago in the shadow of the Buck Moon, this beautiful human came into our lives,” Davis, 37, wrote  via Instagram on Wednesday, September 15. “He arrived rooted and calm, mostly just observing the two whirling dervishes around him. Welcome home Hugo. May you crush the distorted masculine and awaken the divine.”

The tour manager announced in April that they were expanding their family. “Summer baby,” she captioned her Instagram baby bump debut at the time, cradling her stomach in a floral top.

The former nurse and the rapper, also 37, became parents in 2015 when they welcomed their daughter Sloane, now 5. The little one became a big sister three years later when Colette, now 3, arrived.

In March 2019, the Washington native exclusively told Us Weekly about the joys of fatherhood. “When we’re looking in the mirror every day it’s not like we can see ourselves aging every two weeks or whatever, but you do see your kids changing fast,” he gushed at the time. “There’s an impermanence to this thing and it’s amazing and beautiful. And I want to get the most out of it.”

Macklemore went on to praise Sloane’s sibling skills, telling Us, “Watching her be an older sister is just magic and how sweet she is. And watching Colette, she just stares at Sloan. Daddy’s like whatever, but Sloane, this huge smile in these eyes.”

The Grammy winner added that his eldest child loves “dancing around the house” and has a “creative spirit” like her dad.

“She’s been up on the stage with me a couple times,” the “Thrift Shop” singer told Us. “She wants to hear my music in the car, which is a blessing and a curse. I’ve heard a lot of my own music already and it’s, like, the same song. … There’s a song off Gemini called ‘Fire Breather,’ which is this electric guitar song that she just loves and screams in the backseat of the car.”

Sexy Celeb Dads With Their Kids

As for Colette, Davis wrote via Instagram in March 2020 that the toddler brings “so much light” to her and her husband’s lives.

“Thank you for being you since the start,” the Seattle Pacific University grad captioned an Instagram slideshow at the time. “You love dogs more than humanly possible. With daily dog sighting goals. You understand when a dog feels shy or doesn’t want to lick your face, but you prefer them to kiss you, knock you over, lick your hands and coat and bark.”

Davis and Macklemore got engaged in 2013 after seven years of dating. They tied the knot in June 2015.

What TV channel is Cheltenham Festival 2019 on? How can I watch the Gold Cup? Your full tv schedule for Cheltenham