The father of a man who was murdered and decapitated by a drugs gang, says the criminals ‘robbed him’ of his chance to say goodbye to his son.

Adam Vincent was 33 and living on the streets of Grimsby when he was murdered in in 2011 by a five-strong gang, led by Lee Griffiths and his two sons.

The group suspected Adam had stolen £5,000 from them, after acting as a small-time dealer for the group, in return for a supply of drugs for his own use.

In a bid for revenge, the gang barbarically murdered Adam, cutting his body into six pieces, putting them in bin liners and scattering them across several waterways in Lincolnshire.

Adam’s dad Keith, who says that he’ll think about his son ‘until his dying breath’, opens up about the death of his son on next week’s episode of Crime + Investigation’s ‘Murdertown’, revealing that all he had to say goodbye to ‘was a coffin’. 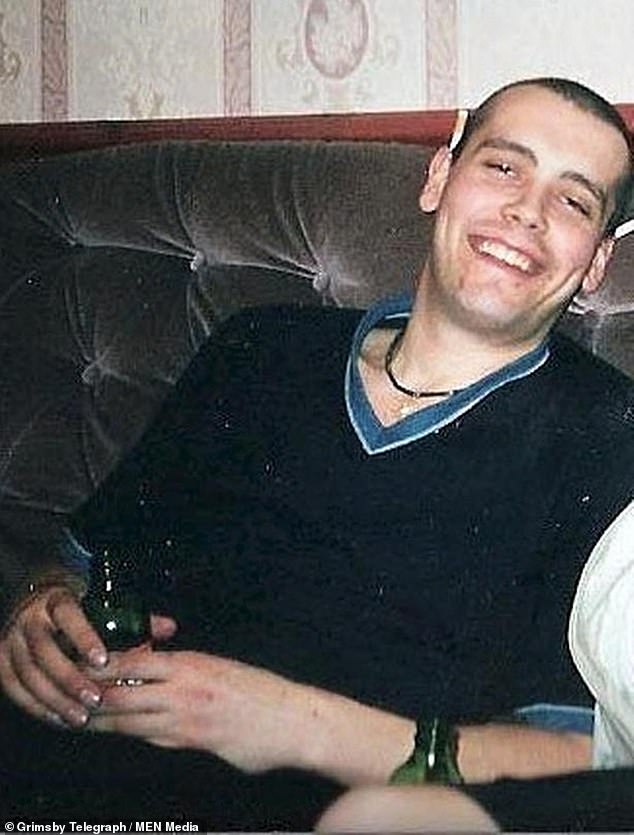 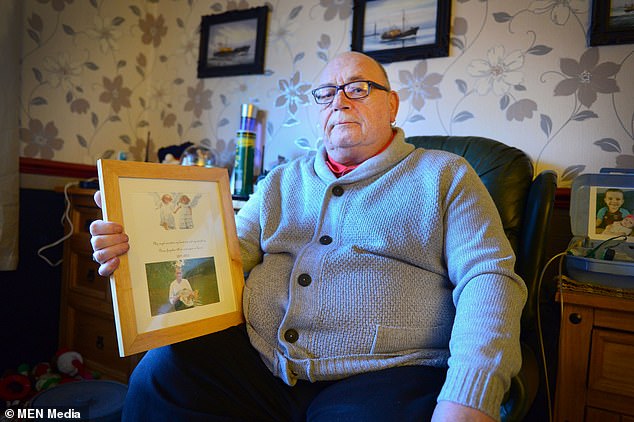 His father Keith, who says that he’ll think about his son ‘until his dying breath’, has claimed that the criminals ‘robbed him’ of his chance to say goodbye to his son

He said: ‘I didn’t bring him into this world to be cut up like a Sunday joint.

‘I wouldn’t have been happy, but if they’d killed him and left him where he was found,  I would have been able to say my goodbyes. But they robbed me of that.

‘The way he was killed and what they did afterwards, they left him with no dignity, all I had to say goodbye to was a coffin. They robbed me of saying my last farewells.’

Adam wanted to be an artist at school, but fell into the wrong crowd and started worrying his father with his drug use after Keith discovered a bag of cannabis in his bedroom, which Adam claimed he was ‘holding for a friend’ .

His life continued to spiral downwards and his drug use became heavier, eventually driving him to life on the streets. 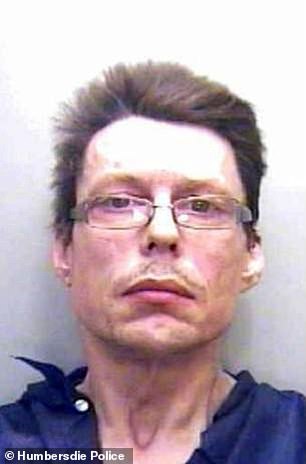 Lee Griffiths, now 50, led the gang which killed Adam and was sent to prison for murder and perverting the course of justice

However, Keith paints a very different picture, describing his son as ‘a proper lad’ and insisted he could never be angry at him because of the ‘big grin’ permanently on his face.

He said: ‘ When he was a kid he was like my shadow. He was just a proper lad. He wasn’t cheeky, he just had a big grin on his face.

‘I couldn’t get mad at him. He’d make you laugh if you were feeling down in the dumps. He had this smile you couldn’t help just smile along with him

Recalling the days in which Adam was first missing, Keith said: ‘We hadn’t heard from him in ages and ages.

‘One day I said to my son-in-law, let’s see what’s going on – it was like nobody was living there it was like he’d dropped off the planet.’

Keith’s heart sank when police told him that they had found a decapitated leg, which had D&A matching his sons.

‘I was just numb, I could hear people talking and there was nothing registering’, said Keith,  ‘He’s dead. And then when the penny did drop, it was just unbelievable.

Police found that the crime was linked to a white van, and it was later discovered the van had been rented by Lee Griffiths, now 50, his sons Thomas, now 29, and Luke, now 26, as well as Mark Jackson, now 34, and Matthew Frow, 39. 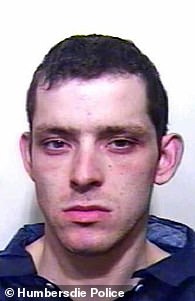 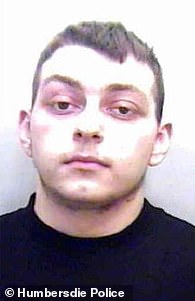 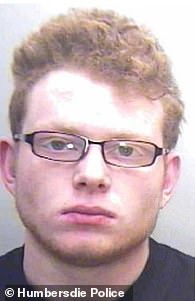 Mark Jackson, now 34 (left), Luke Griffiths, now 26 (centre), and Thomas Griffiths, now 29 (right), were jailed for the murder of Adam Vincent as well as perverting the course of justice

After the man were arrested, the hunt for the rest of Adam’s body began and Keith insisted the search would have given police ‘nightmares’.

He said: ‘I felt sorry for the police, I really did.  Roping down the end of Tetney Lock and finding body parts. You’d have nightmares, but they did it.

‘I think their reckoning was that if they were in that position they would want their loved ones all back.’

He continued:’I started to get a bit of pressure off the family “Oh look we’ve got this. Let’s go for a funeral”. I said, “No, not until we’ve got him all. It’s all or nothing.’ 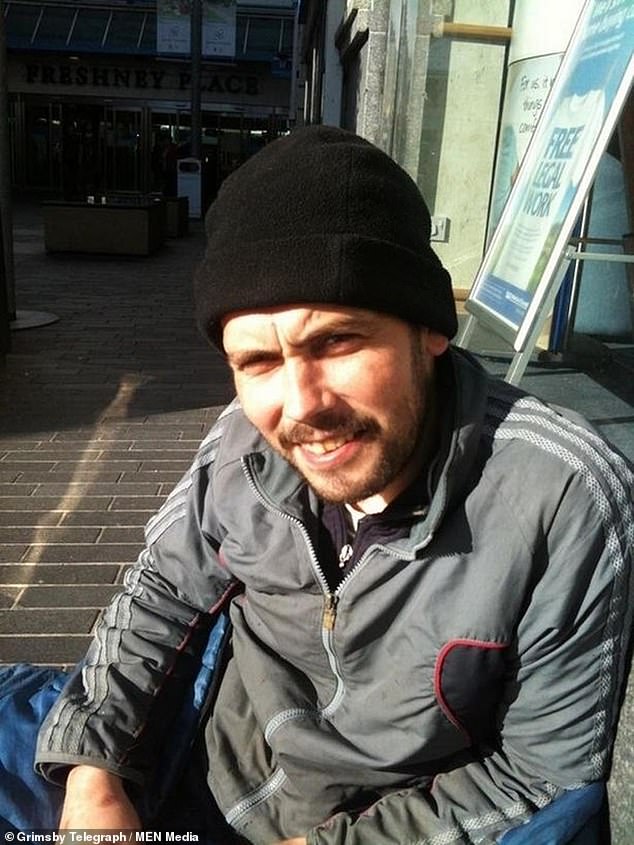 Adam wanted to be an artist at school, but fell into the wrong crowd and eventually began living on the streets, using harder drugs

Later that year, Mark, Lee and his two sons were convicted of murder at Sheffield Crown Court, as well as perverting the course of justice.

Frow was released from prison in Janurary this year.

Speaking of the trial, Keith said: ‘The distance I was sat from them was about three yards and to me they showed no feeling of remorse of what they’d done.’

‘To be honest, the only time I’ll stop thinking about Adam is when I die.’

Global Warming Is Gradually Changing The Color Of Our Oceans