FIRST-time buyers from Essex ended up buying a £270,000 three-bed house a 2 and half hour drive from their dream location.

A year into their house search, Stephen Nicholls, 27, and his partner Maria Merricks, 30, were forced to widen their search or face another three years rigorously saving. 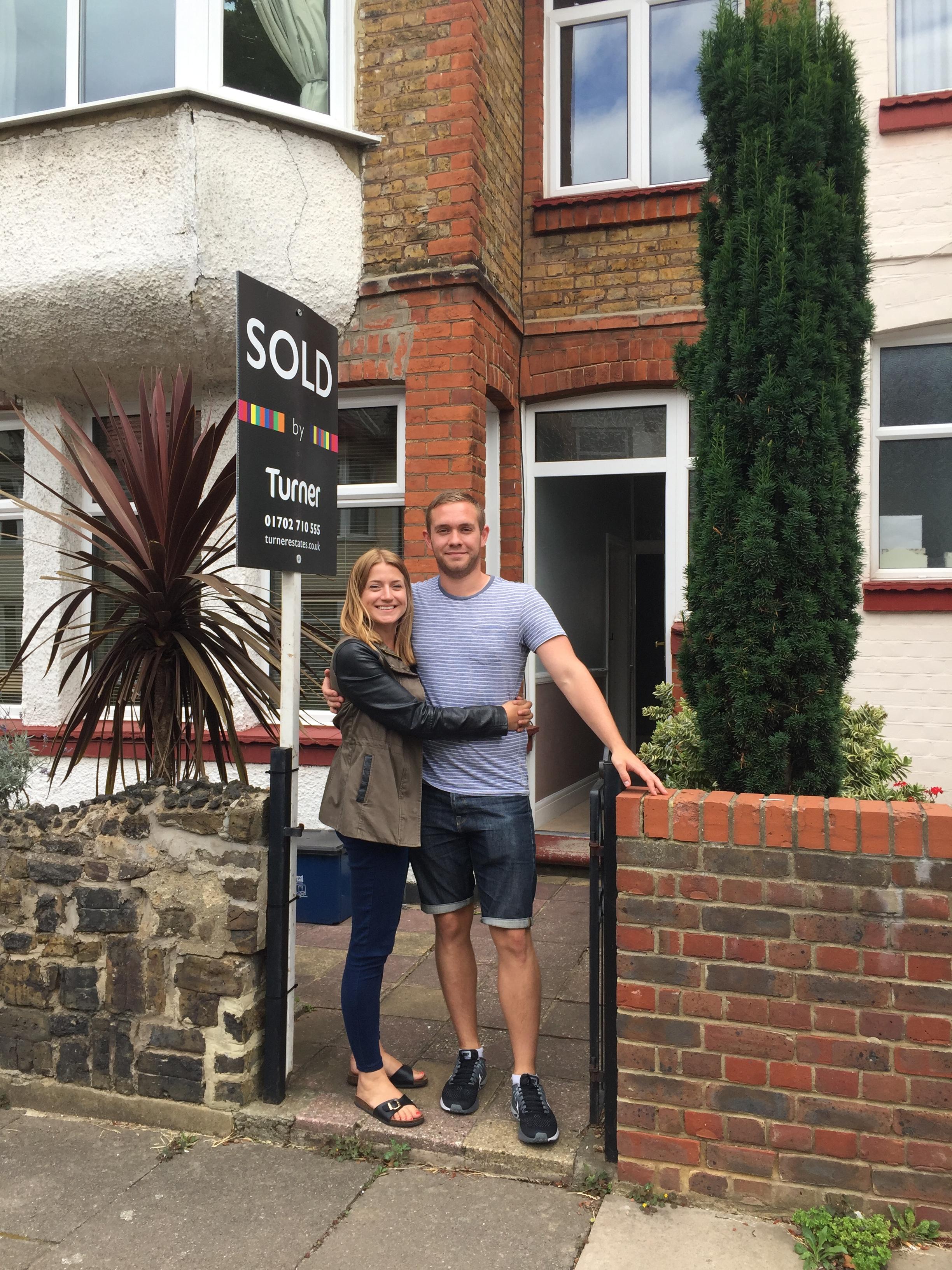 House prices in Brighton – where the couple wanted to live to be closer to Maria's parents who live in the city –  have climbed £8,500 over the past year, with the average terrace house selling for around £450,000.

With a budget of £280,000, the couple were among the 63 per cent of first-time buyers who've had to compromise on location in order to get their foot on the property ladder, according to research by the Post Office.

Instead, they settled on a run-down three-bed home in Westcliffe-on-Sea, Essex, 85miles away from Brighton.

Their terrace house in the less-than-perfect area had a hole in the roof and was in need of some serious TLC. 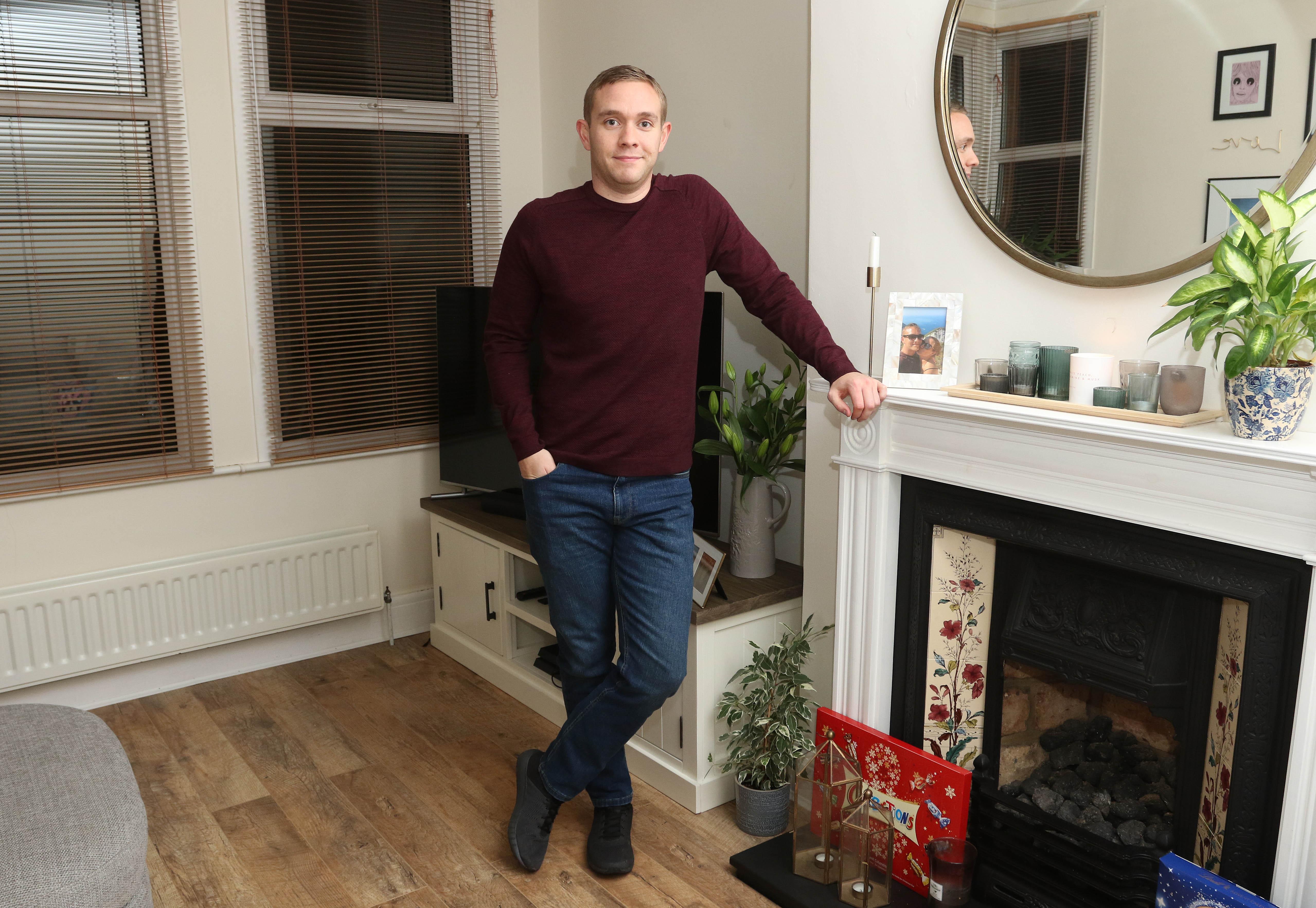 Had they not settled, the couple reckon they would still be forking out £1,300 a month on rent for the tiny one-bed flat in London which they used to call home.

The couple have been living in their home for a year and a half now but still have their sights set on Brighton.

We caught up with Stephen this week in the My First Home series, to find out whether it was worth the sacrifice to won your own home.

The house is a small, three-bed mid terrace house in Westcliff-on-Sea in Essex. 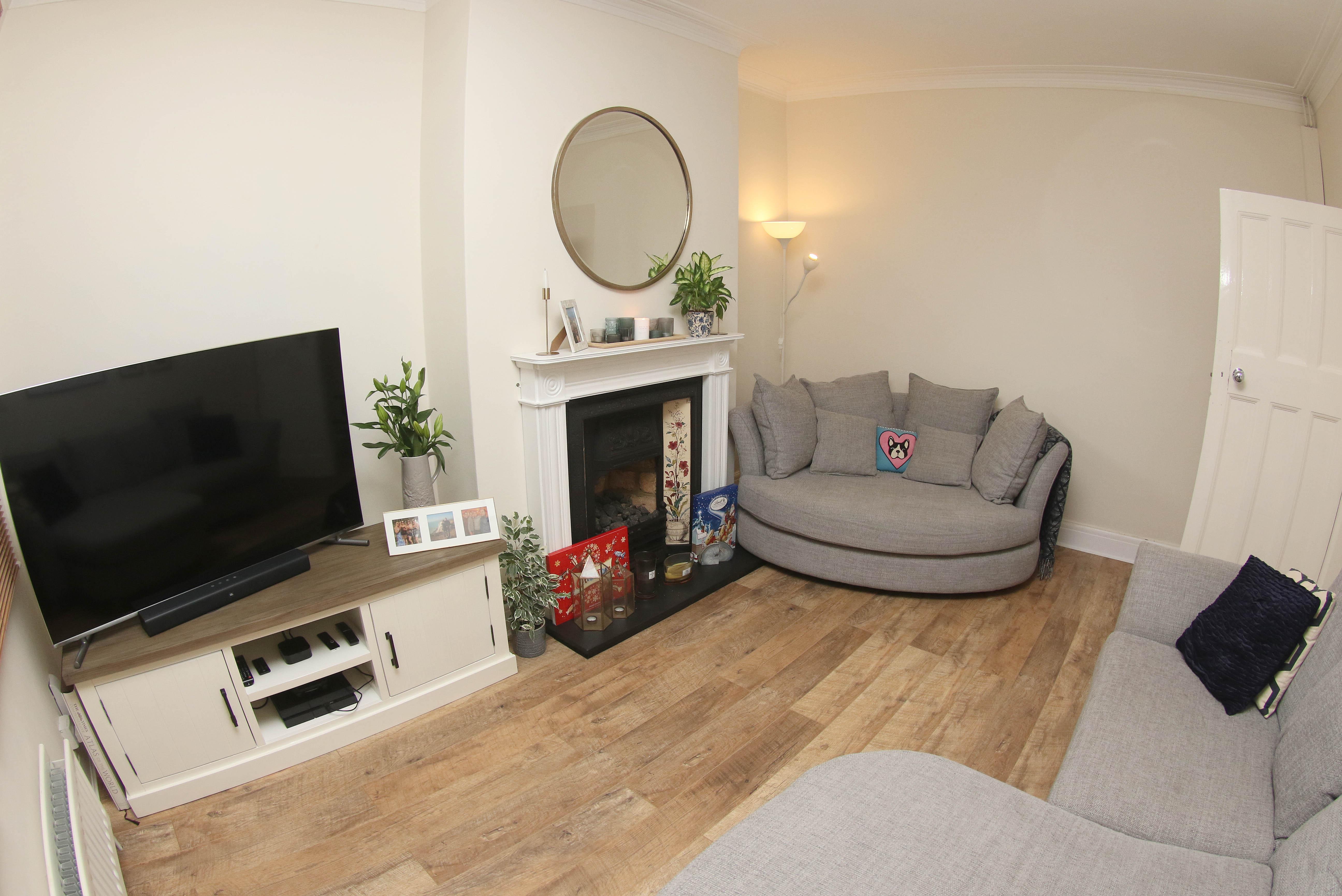 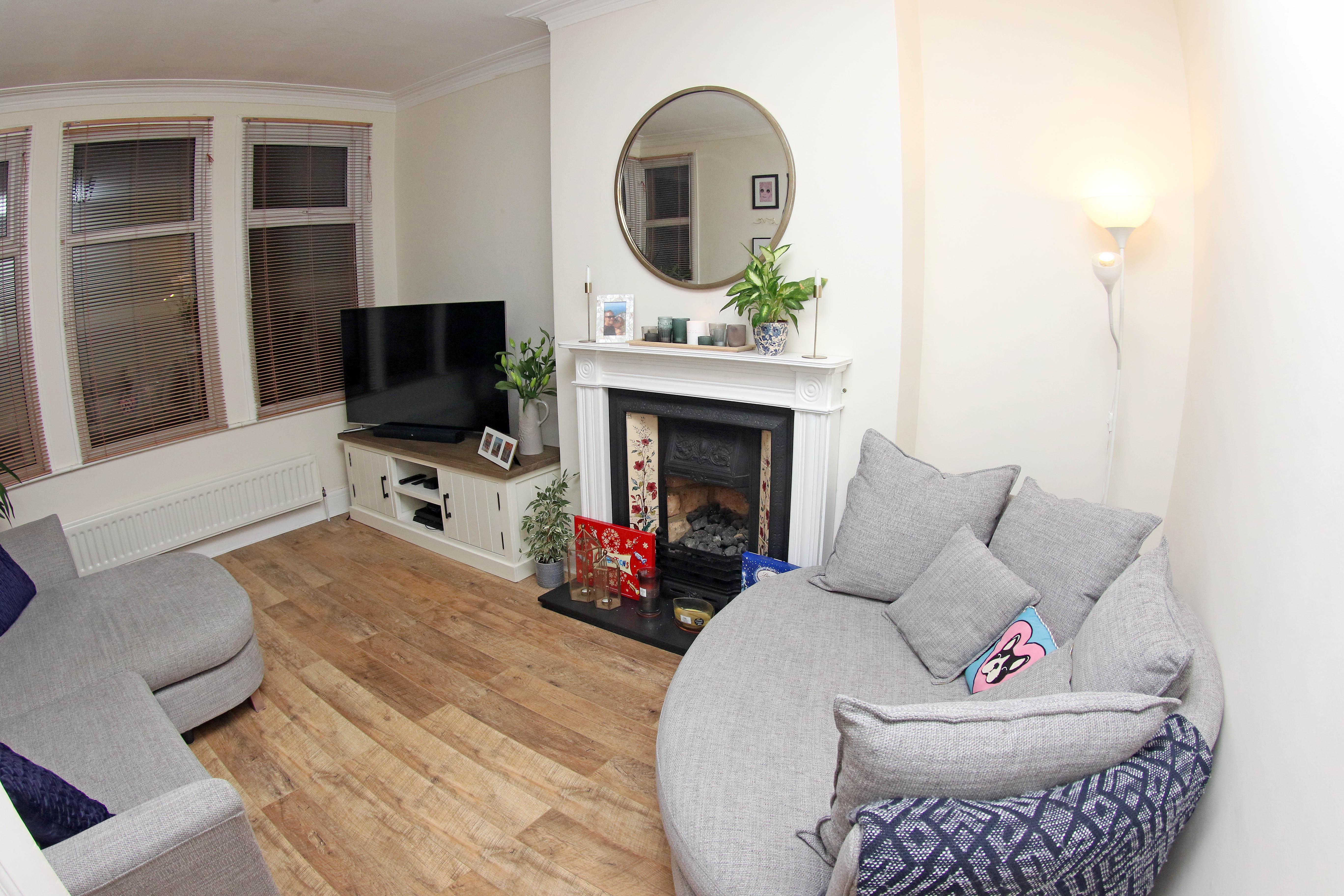 It has two double bedrooms and a box room which isn't even big enough to fit a single bed in to be honest. We use it for storage though.

There's an open plan kitchen, which we're currently doing work to to make it a bit more modern, and a living room.

Are you a first-time buyer who want to share tips on how you did it? Email us at [email protected] or call 0207 78 24516. Don't forget to join the Sun Money's first-time buyer Facebook group for the latest tips on buying your first home.

We've got a small garden around the back but it's on street parking.

We bought the house in April 2017 so we've been living her about a year and a half now.

How did you decide on location?

We were renting in Streatham in London when we first thought about starting to save to buy somewhere. 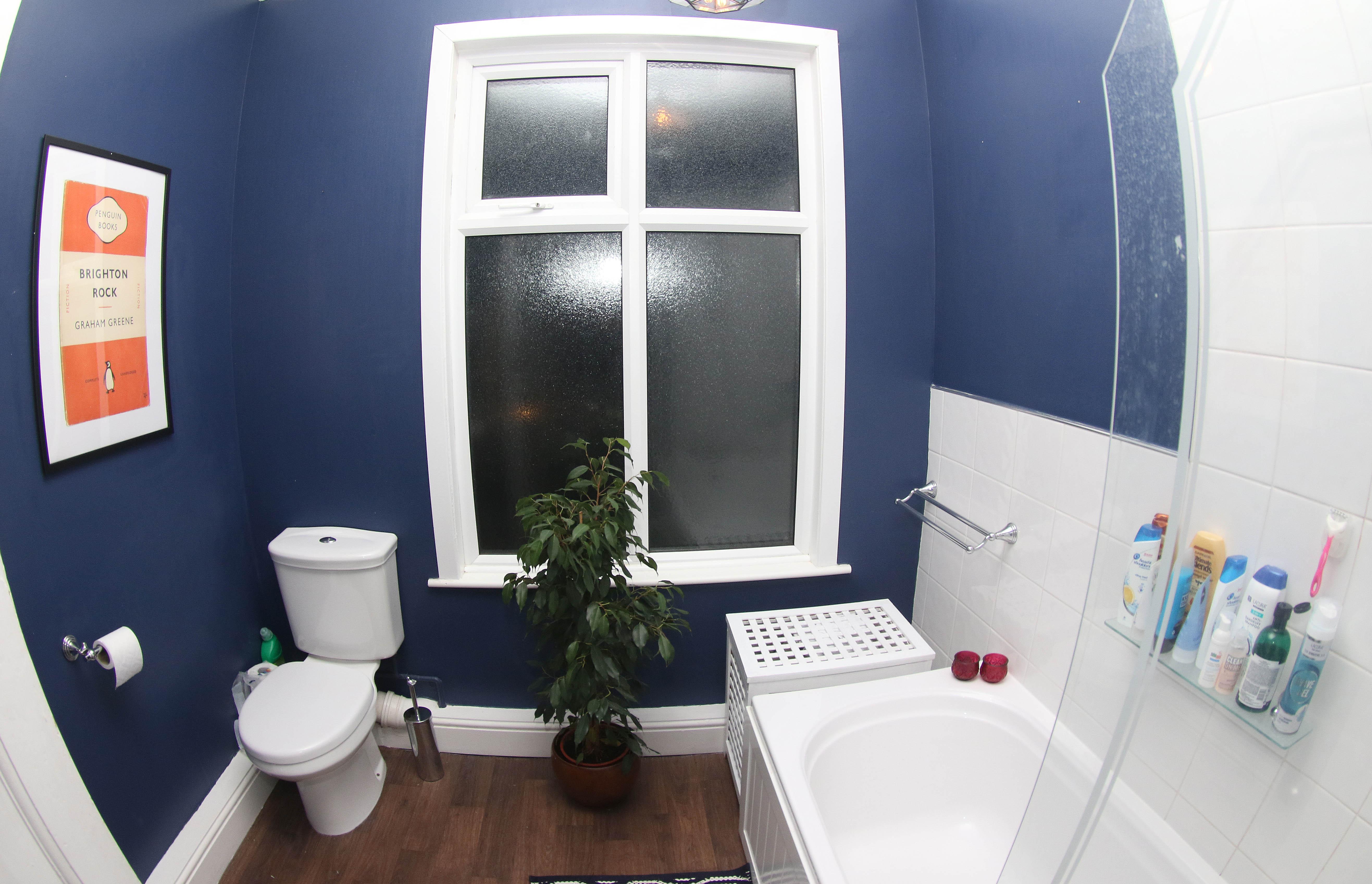 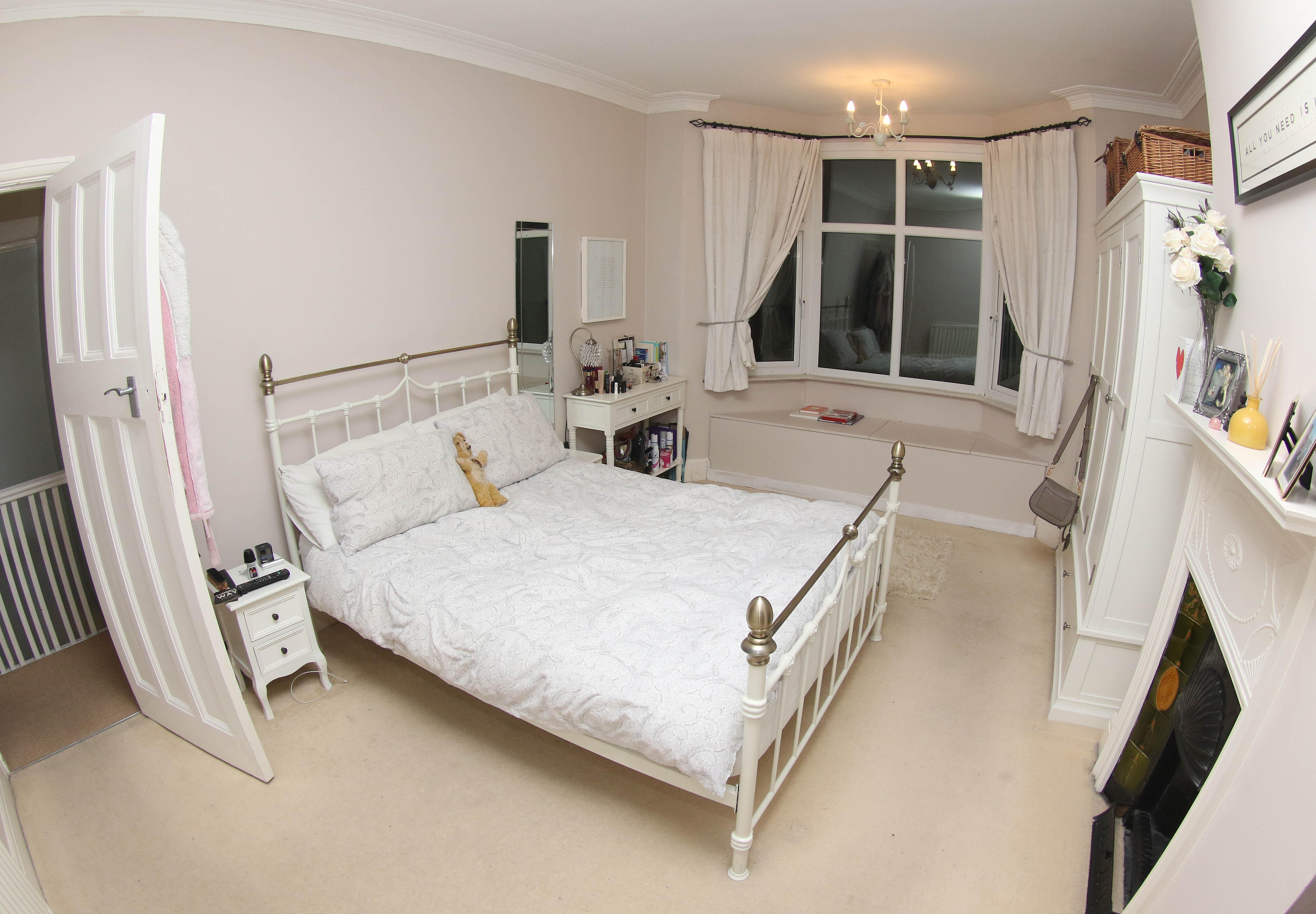 Ideally, we'd have loved to stay in London as that's where we both worked but the house prices there are so expensive we new this was unrealistic.

Our dream location is Brighton and Hove though. We thought, if we've got to leave London then this is where we really want to live.

Maria's parents live in Brighton and we wanted to be near them too, cut to when we started looking at what we could afford. It was ridiculous.

Our budget was around the £280,000 mark and for that we could have just about stretched to a tiny, one bed flat that would have needed a lot of work doing to it.

Help to Buy Isa – It's a tax-free savings account where for every £200 you save, the Government will add an extra £50. But there's a maximum limit of £3,000 which is paid to your solicitor when you move.

We widened our search to include Hayward's Heath but we were still getting nowhere, we just could afford the area.

It was absolutely crushing when we realised that we really can't afford to live there. There was absolutely no hope of us getting that kind of deposit together any time soon.

We started to look near where my parents lived in Southend in Essex but it was still pretty pricey. In the end we settled on Westcliffe-on-Sea.

On our budget, there wasn't many options in terms of location and we just wanted to buy somewhere and stop lining someone else's pockets in rent.

What's the area like? Is it really that bad?

At first we were a bit gutted about the area but we're learning to like it more. It's great during the day.

Westcliffe-on-Sea hasn't not got the best reputation and is known for being a bit of a rough area at night.

There are a lot of homeless shelters about and it has a pretty high crime rate. 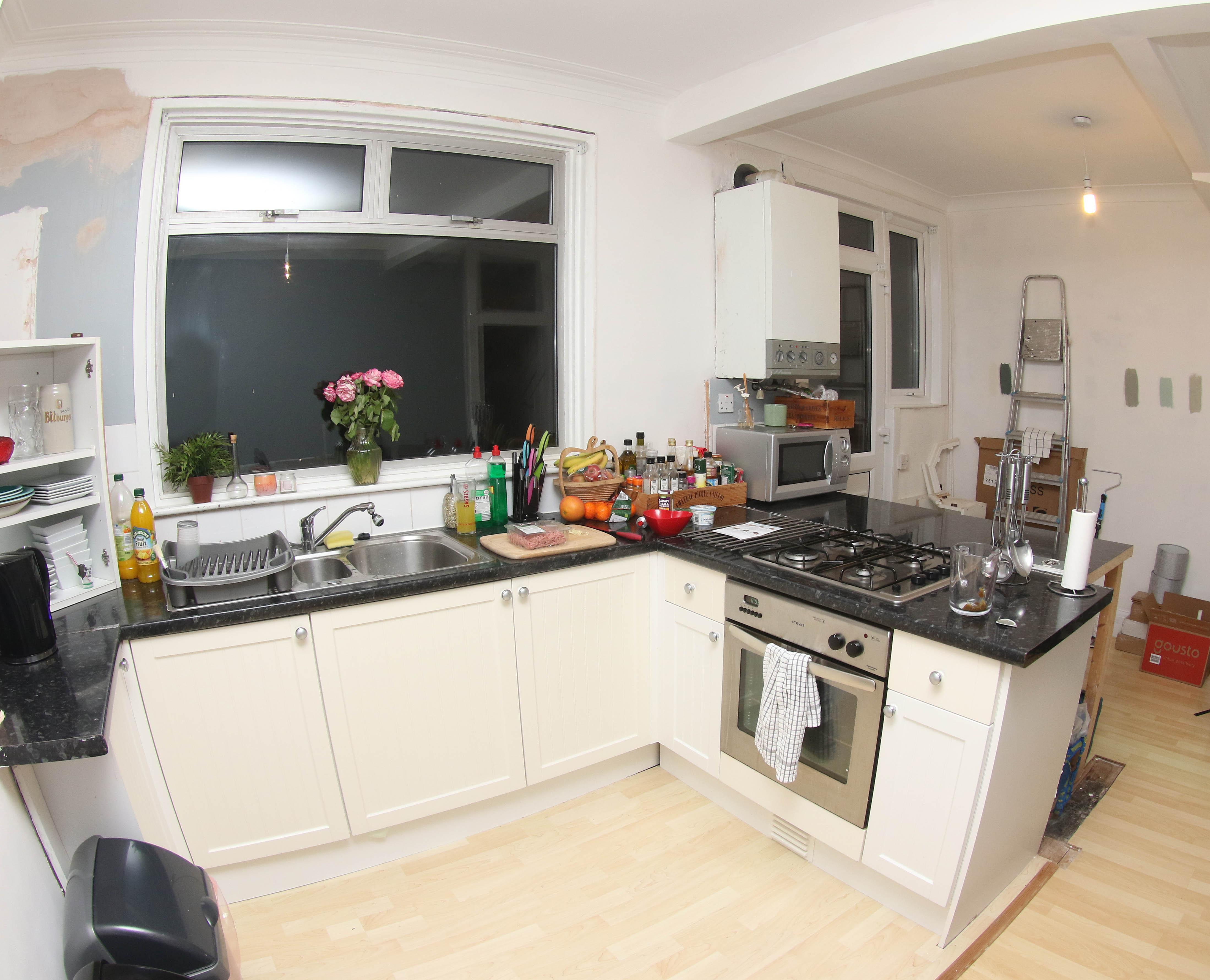 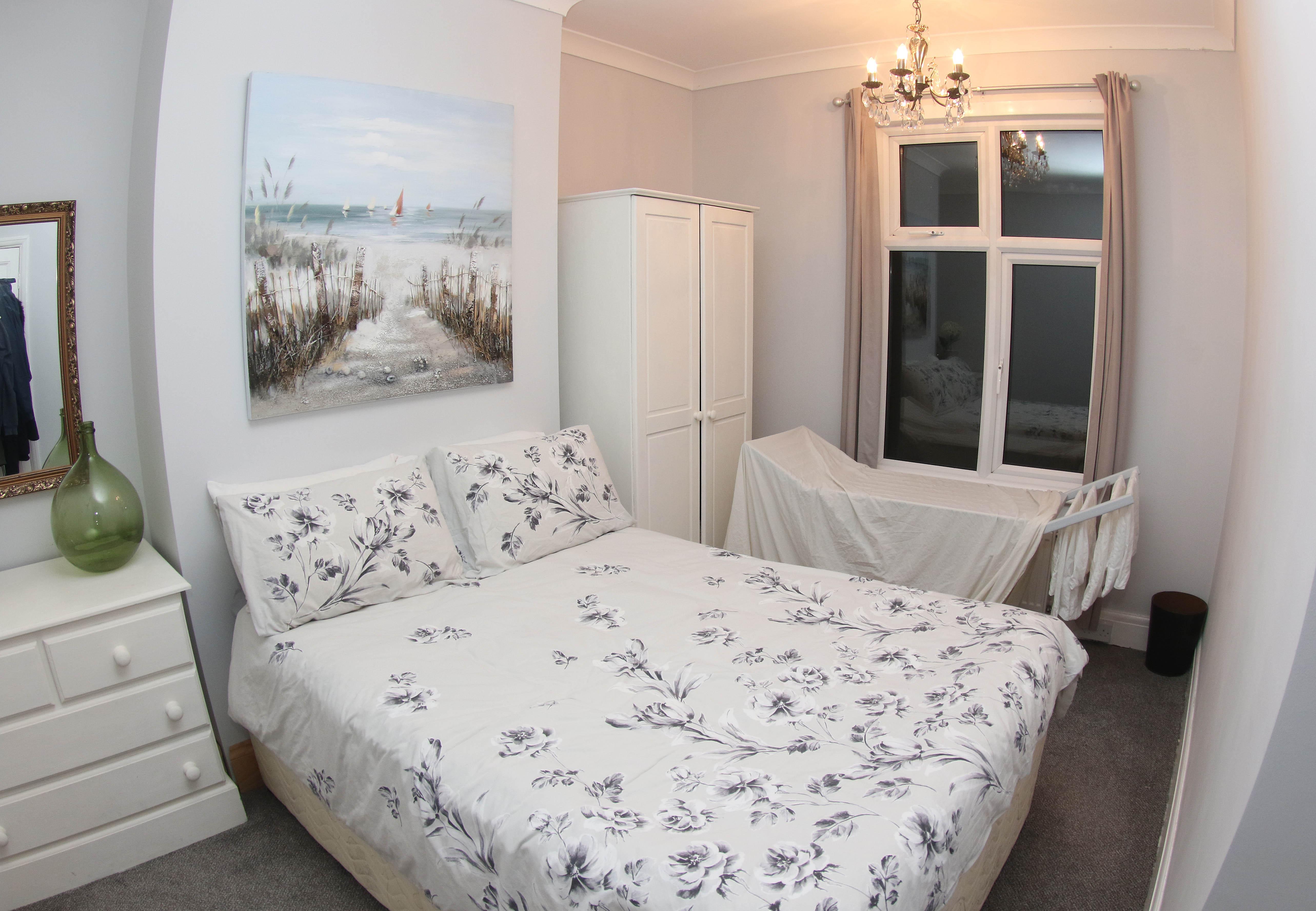 But the area we've ended up in is a bit out of it really which is good and I like living by the sea. Plus it's not far from Roots Hall football stadium where I like to go to watch a game.

Maria still has her concerns and doesn't like walking back from the train station late at night, so I'll go and pick her up.

It's the place with the closest train line into London that we can afford to buy.

It takes me about an hour and a half to get to work door to door and it takes Maria about two hours.

We didn't use Help to Buy at all because we didn't like the thought of having to pay back a loan and a mortgage. 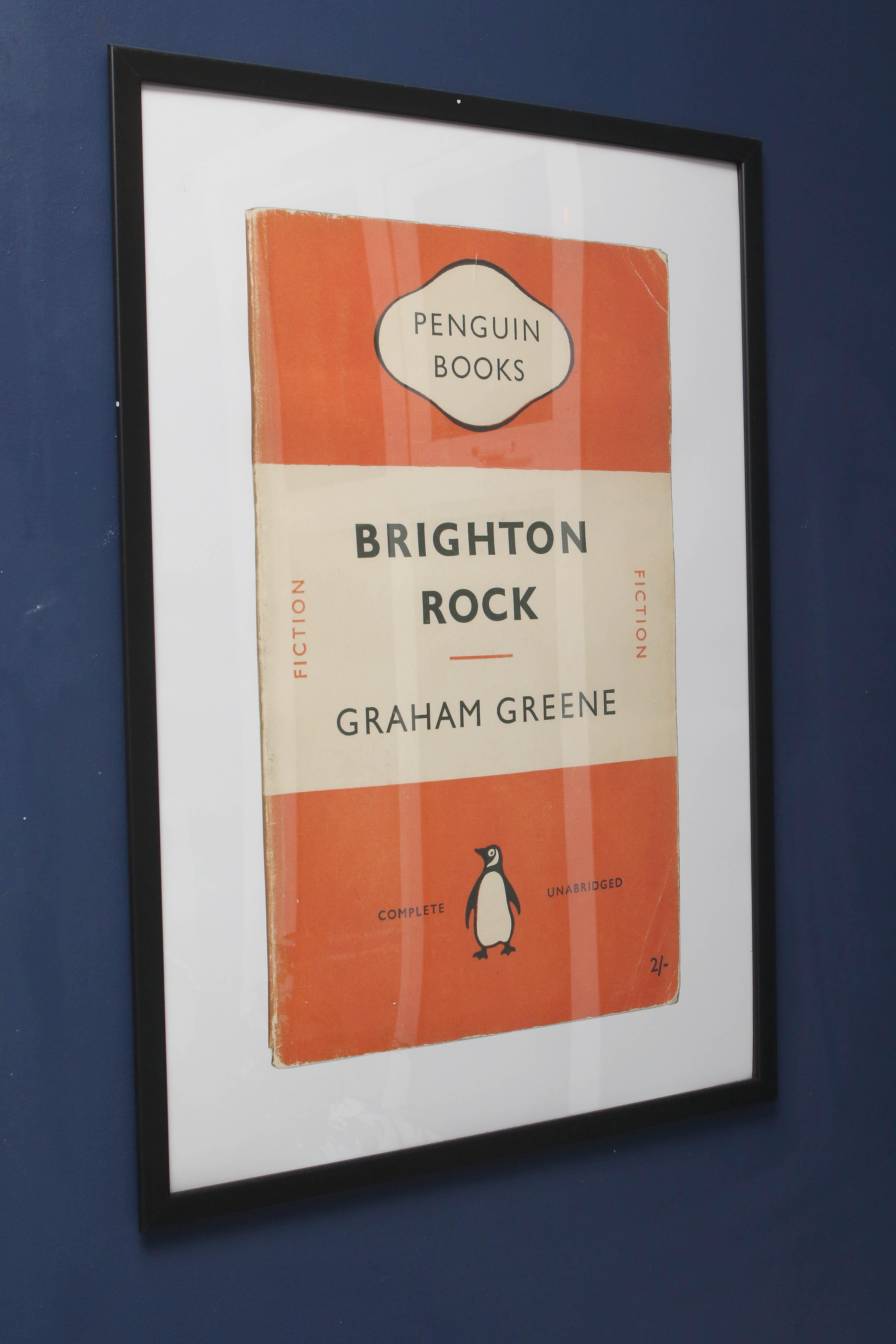 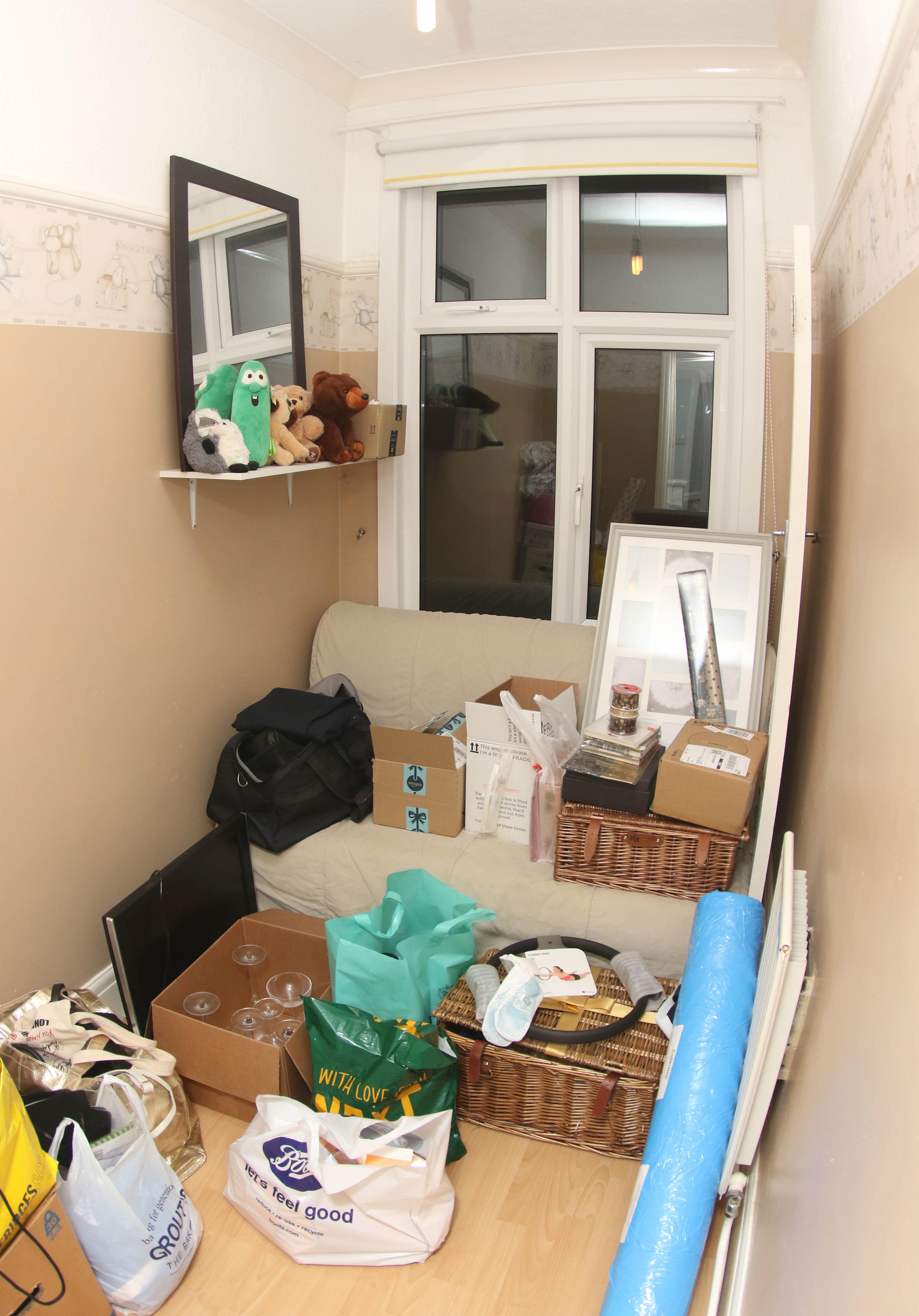 It took us three and a half years to get the funds together. We were pretty strict.

Together, we earned about £4,500 a month but were paying about £1,300 a month on rent in Streatham, and another hundred or so on train fares.

Between us we managed to put away about £700 a month but that left us with about £80 a week to live off after bills. We hardly went out socialising at all.

We also got £3,000 early inheritance which meant we could buy about four months earlier than we had hoped to, and we moved back home with my mum for the final six months to maximise our savings.

Our mortgage repayments are £925 a month at the moment which is £400 less than what we were paying to rent in London.

Did you have any trouble with the move?

The house itself wasn't in as good a nick as we'd like either really.

It didn't need totally renovating, but there was a hole in the roof which we haven't got fixed yet but we've been quoted about £2,000 for the work. 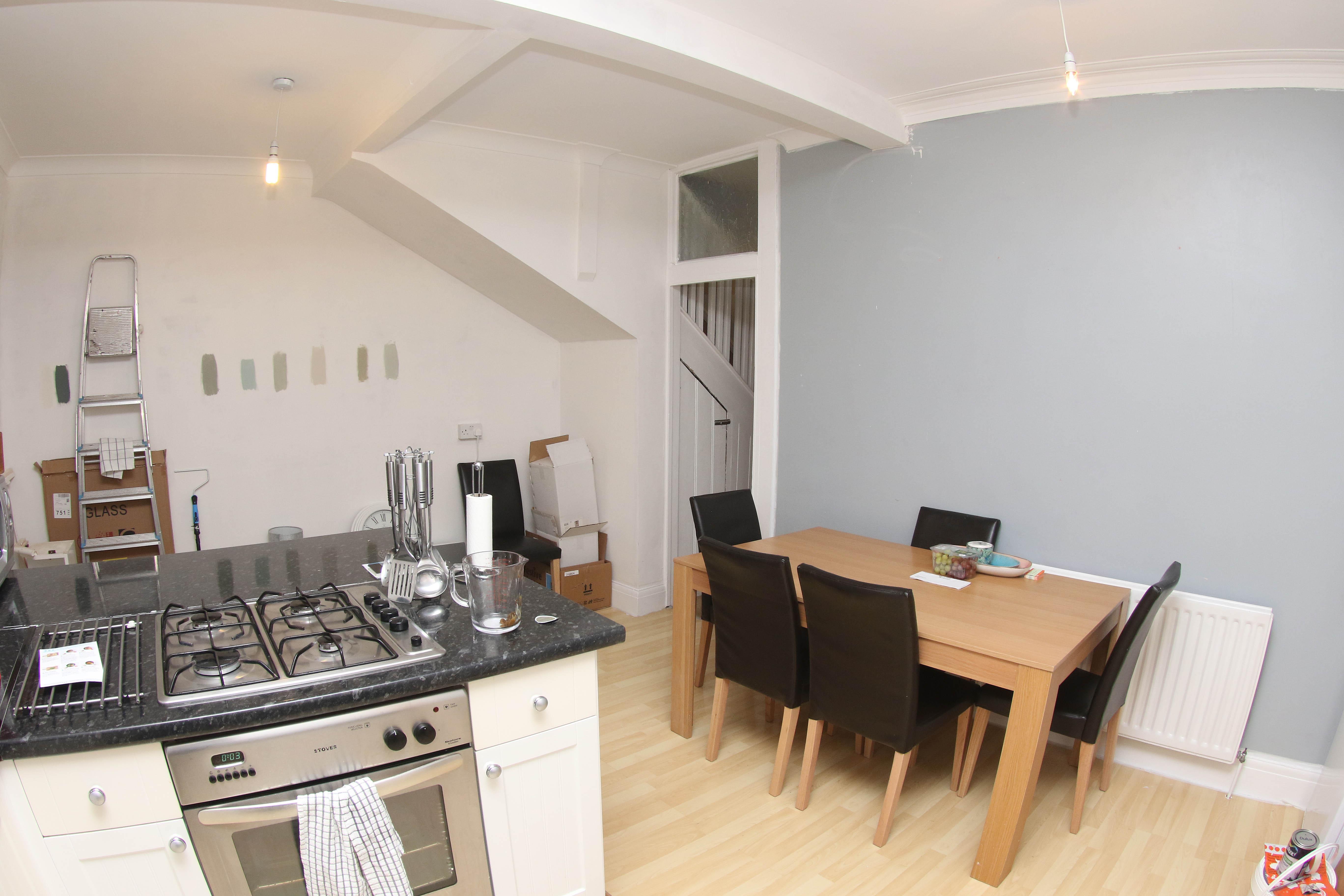 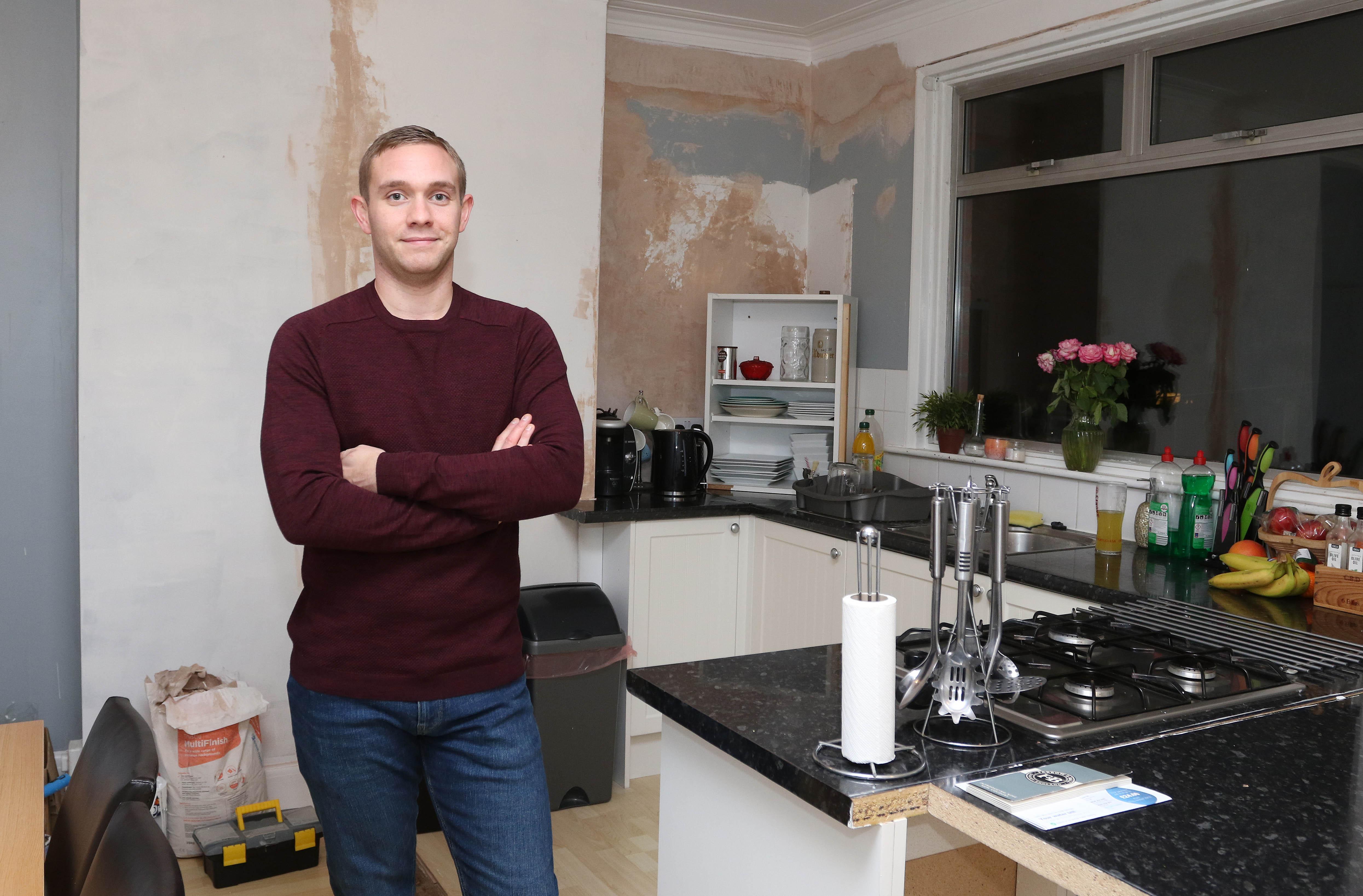 We've spent quite a bit of cash decorating it too because it hadn't been looked after properly by the previous owners.

We haven't got loads of savings left so we're making the changes gradually.

Was it worth giving up on living in Brighton? And are you looking to move?

Now that we're here and we have the keys, yes I would say it was worth it.

It was such a relief to finally have somewhere to call our own and we could stop spending out our entire weekends traipsing around houses with estate agents.

I'd say to other's not to be afraid to look further out. It's daunting to go somewhere you don't know but once you're there you can make it work.

The location still isn't ideal and the house isn't totally what we'd been looking for but at least we're not paying rent any more.

The dream is still to live in Brighton at some point but right now that's not possible.

The plan is now, is to sit around for a while. It's big enough to be a family house so I think we'll stay put until we're earning more money or outgrow the property.

Neighbours star reveals Zara's devastation as she loses everything