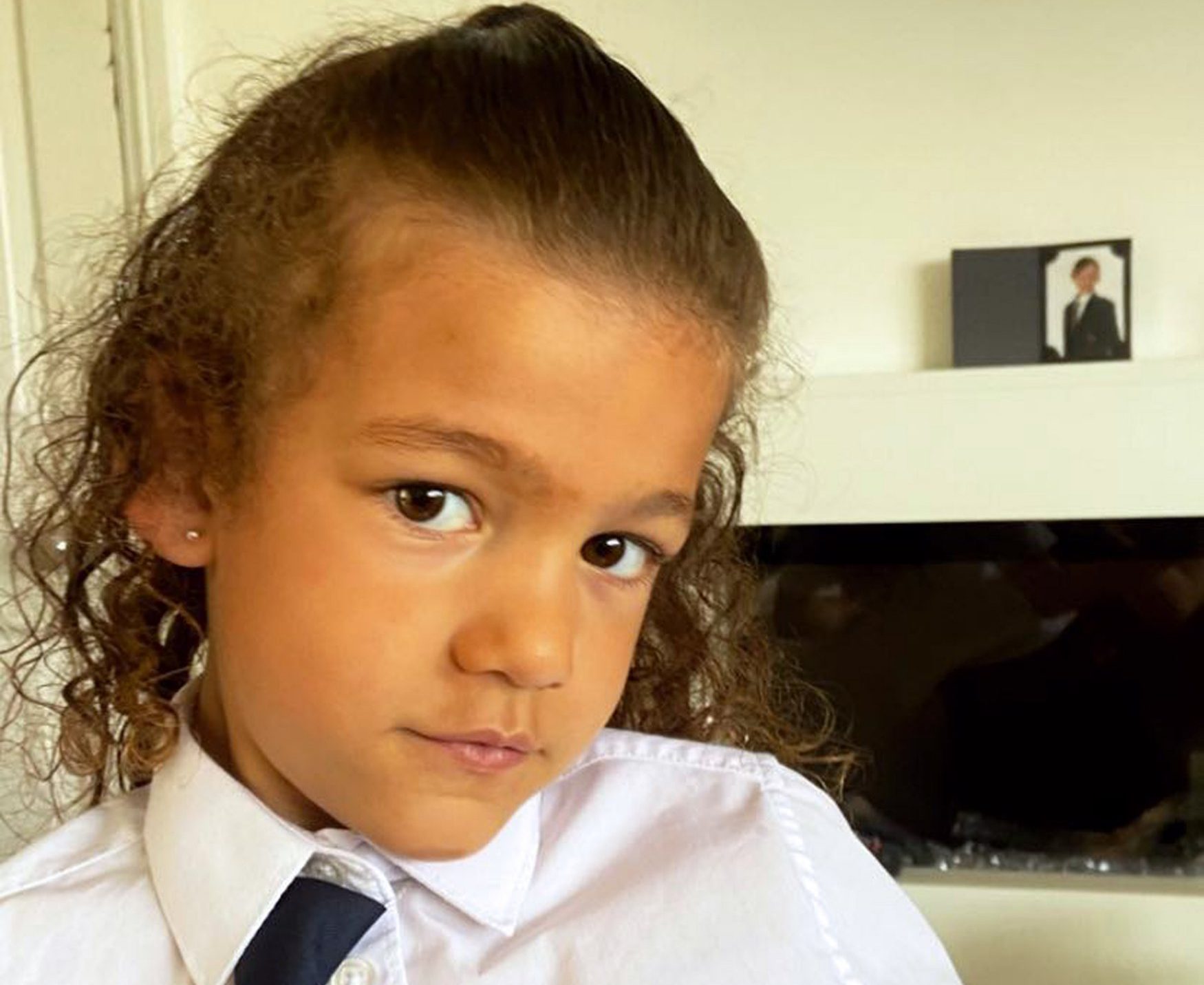 Five-year-old Ellie Birchley asked her mum, Louise, to borrow some moisturiser. So far, so innocuous.

What had actually happened, though, is Ellie had picked up false tanner, and ended up orange-faced as a result.

Louise Birchley, from Thanet, Kent, was relaxing in the bath when her daughter burst through the door with stains all over, after helping herself to her fake tan and applying it to her face using her bare hands.

The 31-year-old couldn’t believe her eyes when she saw her five-year-old daughter’s artificially-tangerine skin and jumped out of the bath to try and wash it off before it continued to develop.

Louise said: ‘I was just in the bath when Ellie has shouted to me and asked to use my moisturiser. I said yes because she asks to borrow it regularly so I didn’t think anything of it.

‘The next thing I know, she walks into the bathroom and her face and hands were dark brown.’

The mum jumped out of the bath to wash it off, but as it was a new bottle of tan she hadn’t used before, Louise wasn’t sure how bad the damage would be.

She added: ‘The bottle said “dark tan. lasts for days” so I had a feeling I wasn’t going to be able to get it off her easily.’

After trying to wipe off as much of the tan as possible, Louise knew it would be a case of waking up in the morning to see just how tanned Ellie was going to wake up.

When she did, Louise says that her skin was an orangey colour and that she resembled Bart Simpson, adding: ‘It almost looked like she had jaundice.

‘She also had a really dark patch on her chin which she obviously hadn’t rubbed in hard enough. And as she had just applied in with her hands, they were just as orange as her face.

‘I was actually thinking about tanning the rest of her body to give her an even colour rather than her face just being tanned, but I decided against it and hope it would quickly fade.’

Louise thinks Ellie knew exactly what she was up to with the ‘moisturiser’, as a girly girl who loves emulating her mum putting on makeup or doing her hair.

‘When she woke up I think she actually was quite chuffed with the job she’d done,’ she says.

‘Although her older sister, Mia, nine, was so embarrassed that she refused to hold her hand and walk into school with her.

‘I then had to explain to Ellie’s teachers what had happened and why she was going into school with an orange face.

‘She started to get more embarrassed about her tanning incident when she arrived at school and people were asking her about it.

‘It took about three days before the colour started to fade. I’ll have to keep an eye on my bottles of fake tan from now on.’