For many cancer survivors, life is just as good as it is for those who have not had cancer.

Research published on Tuesday found that post-treatment, the majority of cancer survivors rated their quality of life almost as highly as those who had never had cancer, particularly among common cancer groups including breast cancer, melanoma and prostate cancer.

But within the broader group of cancer survivors were people who continued to suffer after their cancer had been treated. 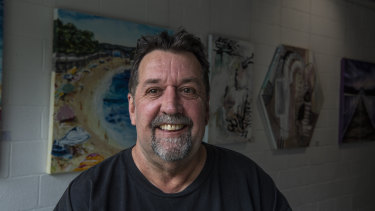 Australian National University epidemiologist Professor Emily Banks, a co-author of the paper published in BMC Medicine, said it was the first time Australia had had comprehensive data on people's quality of life after recovering from cancer.

"This is a really good news story overall," she said. "We now know two-thirds of all people with cancer will live long term – five or more years.

"We need a shift in thinking to say people can actually live really well with cancer."

The research was conducted with the Sax Institute's 25 and Up questionnaire, comparing the quality of life of the 22,505 cancer survivors in the study to the 244,000 who did not have cancer.

But people with cancers including lung cancer, multiple myeloma and non-hodgkin's lymphoma rated their quality of life as poorer than other cancer survivors and the non-cancer group. Those who reported the worst outcomes were people with a physical disability.

"It tells us cancer treatments are not benign," he said.

"We need to be aware that sizeable groups of survivors will have severe debilitating, bothersome issues, and physical problems really impact on how people perceive their quality of life."

Paul Grogan, a co-author of the paper and senior adviser to the research division at the Cancer Council, said a lot could be learned from the successes in the breast cancer community, which had been well supported outside oncology.

"Right now we're seeing new data that shows there's a lot more we can do to support people living with cancer around their physical functioning and mental wellbeing," he said.

'My whole outlook on what matters and what doesn't matter completely changed.'

"We need improved support for general practice and allied health, to support patients beyond oncology services such as surgery, chemotherapy and radiotherapy."

Wayne DeVenny was diagnosed with lung cancer in early 2019. Through his treatment, he tried to keep going into the gallery he runs with his wife as much as possible to maintain a sense of normalcy.

"My whole thing was that it wasn't going to get me, and just to be positive and get through it," he said.

Six weeks ago, Mr DeVenny's scan showed there was no more primary cancer. He feels lucky he was diagnosed recently and was able to have the latest life-saving treatments.

"People that don't know me wouldn't have any idea I've just finished treatment for cancer," he said.

Mr DeVenny said talking to other people who had had cancer was hugely important as he discovered his diagnoses changed the way he thought.

"My whole outlook on what matters and what doesn't matter completely changed," he said. "It can get anybody, we just have to find a way to keep curing it and get rid of it, and just fight it. Don't let it get you down."

Our health journalists abide by a set of reporting guidelines when writing about medical research. If you would like to read them click here.

Sharp rise in number of renters at risk of homelessness and debt due to the pandemic, warns debt charities

“Could my lack of self-care really be the cause of my tiredness?”