Does Hawkins have an Elm St.?

The cast of “Stranger Things” just got even stranger.

While Englund won’t be playing Freddy Krueger in the ’80s-set series, his character still sounds pretty damn sinister. The actor will appear as Victor Creel, a disturbed and intimidating man who is imprisoned in a psychiatric hospital for a gruesome murder in the 1950s. 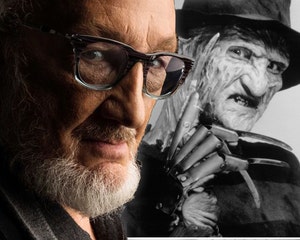 Robert Englund on Where Freddy Krueger Should Go Next, Even If He's Not Playing Him (Exclusive)

Bower will play Peter Ballard, “a caring man who works as an orderly at a psychiatric hospital.” Netflix adds, “Tired of the brutality he witnesses day after day, will Peter finally take a stand?”

Wlaschiha, who played the shapeshifting Jaqen H’ghar on “GoT,” will pop up as one of the Russian prison guards assigned to Hopper. He’s described as “smart, cunning and charming,” but can he be trusted? 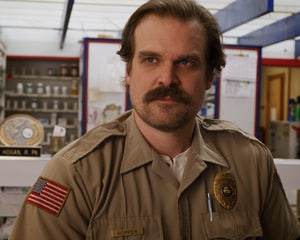 Keep reading for a full breakdown of the other new cast members and their characters.

Joseph Quinn (Catherine the Great, Howards End) will play Eddie Munson, an audacious 80’s metalhead who runs The Hellfire Club, Hawkins High’s official D&D club. Hated by those who don’t understand him — and beloved by those who do — Eddie will find himself at the terrifying epicenter of this season’s mystery.

Sherman Augustus (Into the Badlands, Westworld) will play Lt. Colonel Sullivan. An intelligent, no-nonsense man who believes he knows how to stop the evil in Hawkins once and for all….

Mason Dye (Bosch, The Goldbergs) will play Jason Carver. Jason seemingly has it all — he’s handsome, he’s rich, he’s a sports star, and he’s dating the most popular girl in school. But as a new evil threatens Hawkins, Jason’s perfect world begins to unravel…

Top Chef All Stars L.A. Week 13: Who Was Eliminated?

Cheltenham Festival tips: National Hunt Chase trends – we help you find the winner of the race live on ITV at 5.30pm

‘Some were upset, angry, one was crying’: significant concerns over invasive Doha searches