About a decade ago, comedian Mike Ward, of Quebec, mocked the voice of a well-known teenage singer who has a disability in a standup routine, roasting him for being off-key, making fun of his hearing aid and calling him “ugly”. But he said he had defended the boy to others because he would soon die. When the teen did not die of his illness, the comedian joked, he tried to drown him.

This past week, the question of whether a comedian has the constitutional right to offend came under the spotlight at Canada’s Supreme Court after Ward appealed a decision that the comedy routine discriminated against the singer, Jeremy Gabriel. 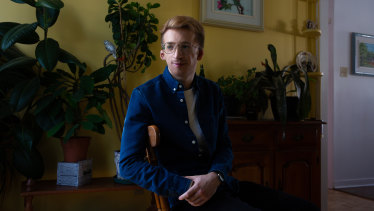 Jeremy Gabriel, a singer with Treacher Collins syndrome, at his home in Quebec on February 18 this year.Credit:Nasuna Stuart-Ulin/The New York Times

The case, which has grabbed global headlines, is a rare example of a comedy routine becoming the subject of the highest court in the land and could have implications for free speech in Canada. Renée Thériault, executive legal officer at the Supreme Court, wrote by email that, to her knowledge, the case is “unprecedented”.

Comedy has long reflected the cultural mores of a nation, sometimes exposing the fault lines in a society and testing the legal limits of acceptable speech. Canada and countries the world over have come under intensifying pressure to respect minority rights, spurring a debate of where to draw the line between harmful speech and freedom of expression.

In Canada, which prides itself on its humanism, Ward’s case has been particularly polarising. 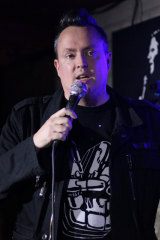 On the one side are civil libertarians and artists who argue that offensive jokes, however egregious, are protected under the Canadian constitution’s freedom of expression provision. The Supreme Court policing comedy, they say, risks having a chilling effect on artistic expression across Canada.

Carissima Mathen, a professor of law and constitutional legal expert at the University of Ottawa, said that a ruling against Ward could potentially open the door to people in other provinces bringing legal cases against comedians that target them.

Under Canada’s constitution, the bar for interfering with freedom of expression is very high, according to Mathen, and generally requires extreme speech; for example, speech that promotes hatred against an identifiable group. “I don’t believe that Ward’s statements rise to that extreme level,” she said.

But Gabriel, advocates of disability rights and some human rights lawyers argue that even comedy should have limits and that bullying a disabled teenager is discriminatory and violates the right to dignity, which is protected under Quebec law.

Gabriel has Treacher Collins syndrome, a rare congenital disease characterised by skull and facial deformities. He was born deaf and received a hearing aid implant at age 6. At age 8, he captured hearts across Quebec after singing the national anthem at a Montreal Canadiens hockey game. He went on to meet Celine Dion in Las Vegas, serenade Pope Benedict XVI at the Vatican and write an autobiography.

Gabriel, now a 24-year-old political science student in Quebec City, said in an interview that the comedy routine — and the raucous laughter it provoked — destroyed his self-esteem during difficult teenage years when he was already grappling with being disabled. As a result of the routine, he said he was bullied at school and became depressed and suicidal, while his parents were crushed. He said that after his complaint against Ward, he also received death threats from the comedian’s fans.

“You are already dealing with prejudices when you have a disability, and the process of self-acceptance is even harder when you are a teenager,” he said. “It became a thousand times harder when people were laughing at the idea of me dying. I felt like my life was worth less than others.”

Ward, through his manager, declined an interview request.

Ward, a stand-up comic who has twice won “comedian of the year” in a prestigious Quebec comedy award show, has appeared on television internationally and is known for his trenchant comedic style. In 2008, his joke about a 9-year-old girl who was abducted spurred death threats against him.

The Supreme Court case took root in 2010, when the comedian used his act to make fun of people in Quebec seen as being above criticism and targeted celebrities like Dion. He also targeted Gabriel and, among other jokes, made fun of his hearing aid, calling him “the kid with the subwoofer” on his head. The show was performed hundreds of times between 2010 and 2013 and disseminated online.

After Ward appealed, the Quebec Court of Appeal in 2019 upheld the decision but dismissed damages awarded to Gabriel’s mother. “Comedy is not a crime,” Ward said in a statement after the verdict. A ruling is expected in the next few months in his appeal to the Supreme Court.

A Definitive Timeline of Cardi B and Offset's Relationship